Dawn and I spent the day at our favourite beach at Cogden, we arrived at 11am and stayed until 6pm. A lovely relaxing day with a couple of long walks along the edge of the beach. I took my scope and bins and had a great time looking at butterflies and a few migrant bird species. 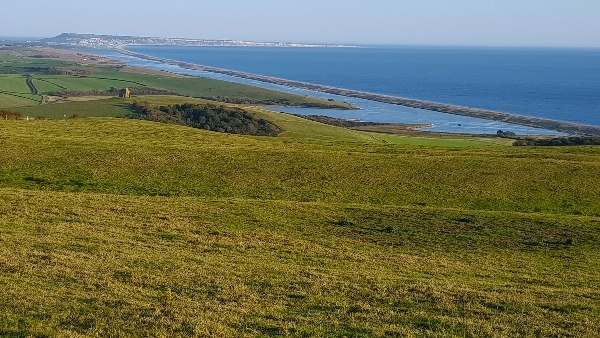 the view looking eastward from the top of the hill above Abbotsbury, the Fleet (8 miles of brackish water sheltered from the sea by Chesil Bank) and the 'Isle' of Portland can easily be seen

A brisk easterly breeze was blowing for most of the afternoon so any of the western facing hedgerows were alive with birds and butterflies. One field was covered in the bright yellow flower called Fleabane and attracted many butterflies. Dozens of Small Whites and a few Large Whites were joined by a handful of the migrant CLOUDED YELLOW, I saw four in one small area and a few others elsewhere. 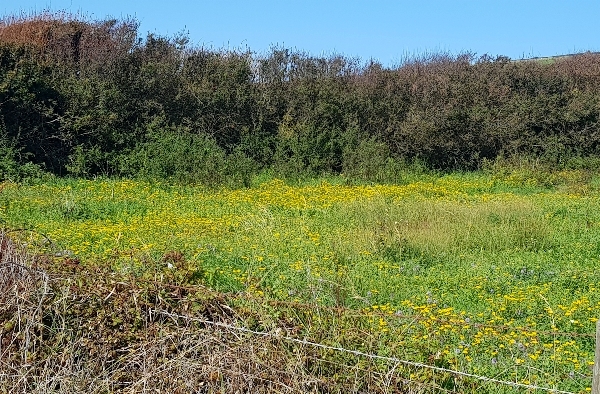 The fields were covered in the yellow Fleabane 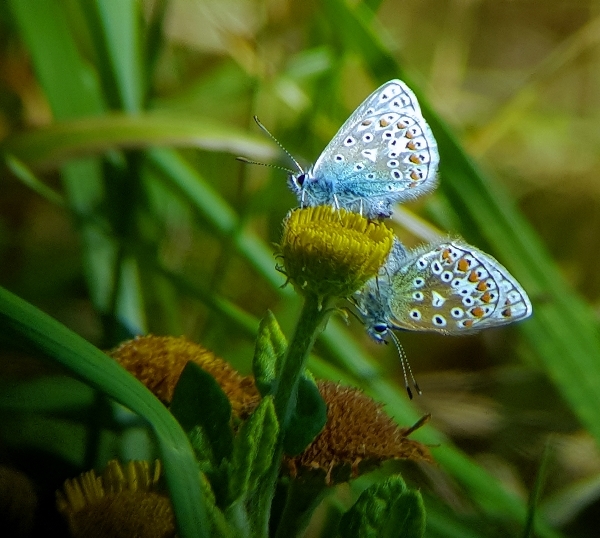 On the bird scene I saw nothing out of the ordinary, movement out at sea was none-existent except for a few gulls, I did see Mediteranean Gulls and a single Cormorant sitting out of the water and both Herring and GBB Gulls. 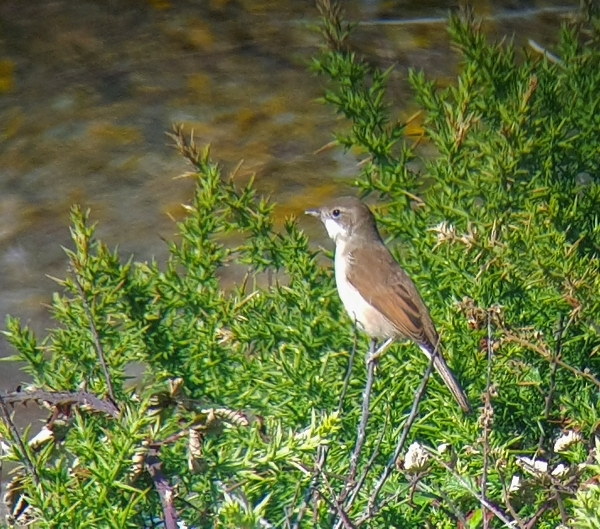 It was hirundines that was the main feature of bird migrations, a constant stream seemed to passing, all moving eastward towards Portland, I made a quick count, I counted for them for minute on five separate occasions during the first hour we were there. I got between 20-30 Swallows during each count and from that I extrapolated and estimated that there was over 1,000 hirundines moving through per hour!! The Swallow-flow did slow down the afternoon but resumed again just before we left. A few House and Sand Martins joined the swallows but not many at all. 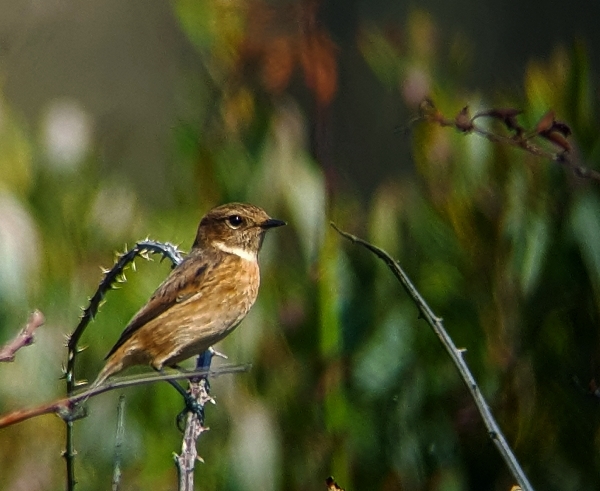 On the ‘lea’ of the hedgerows I saw many Common Stonechats, a single Whinchat, several Chiffchaffs, Willow Warbler, Common Whitethroats and my star bird was a Lesser Whitethroat. Other species seen were common garden birds such as Robin, Dunnock, Blackbird, Blue and Great Tit. I did Common Kestrel, Euraisna Sparrowhawk, Common Buzzard and a large flock of Common Starlings. 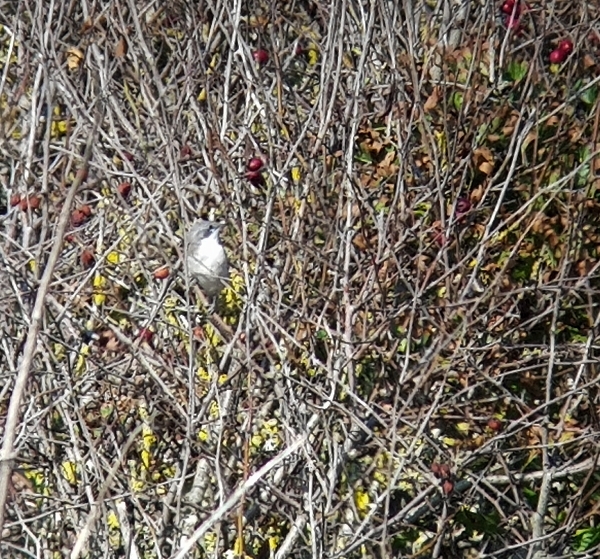