TRAIN TRIP TO PENZANCE AND A WALK ALONG THE SEAFRONT

This was our meeting up day prior to the 8-day trip to the Isles of Scilly. Most of the group were booked into the Premiere Inn in Penzance and we met up at 4pm for a walk along the seafront.

the light is always exquisite down in Cornwall, just look at the colour of the sea!

Only three of us went for a walk, we started at the railway station and took the coastal path towards Marazion Marsh. Scoping into the bay we saw a single Eider Duck, with Black-headed, Herring and Great Black-backed Gulls. On the rocks we found Ruddy Turnstones, Rock Pipits and a single Wheatear.

Wheatear on the footpath near Penzance Railway Station 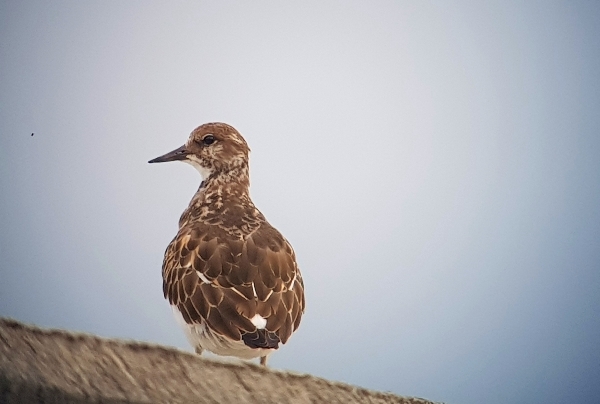 Further along the shore an area of pebbles and sandy beach held a single Curlew and a small mixed flock of waders. We picked out Dunlin, Sanderling and Ringed Plover. 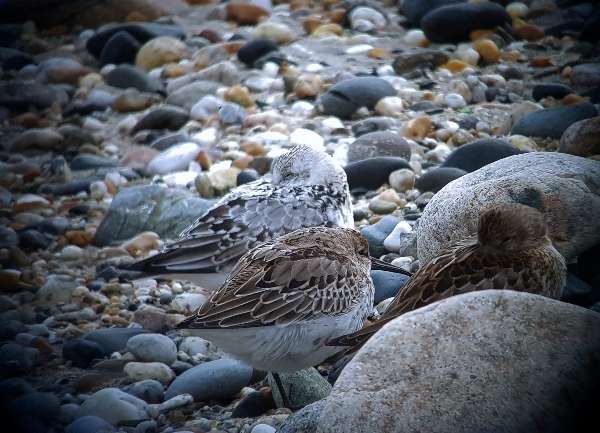 a Sanderling with Dunlin 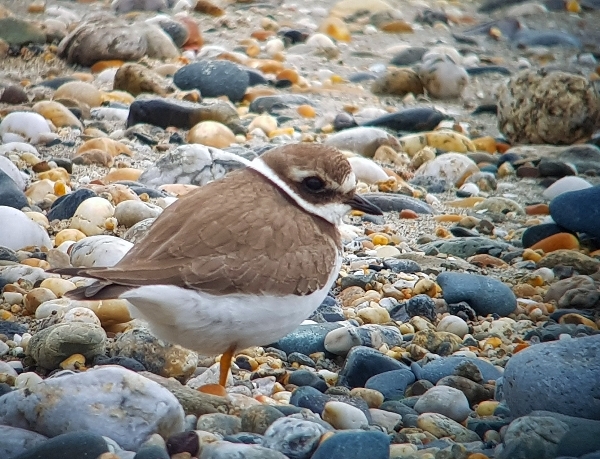 During the walk back to the hotel we picked out a couple of Gannets and had much better views of the Wheatear and the Rock Pipits. A bunch of Pied Wagtails was gathering around the rocky shoreline, it was obviously a pre-roost last minute feed. Later we saw many more of them flying into the huge fan palms around the entrance to the train station.