I was on my own for this mornings walk because Dawn wasN'T feeling too good, she has a stomach problem and it wasn’t anything to do with my cooking the dinner last night!!! I set off at 9am and headed straight round to the lake at Barwick House, I saw the usual Redwings, Blue & Great Tits and Robins, blackbirds, Wrens and Dunnock. 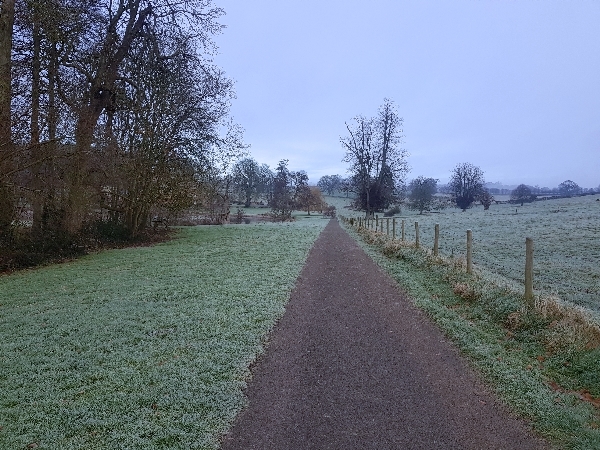 The path to Barwick House and Lake

Barwick House and its parkland looked very picturesque in the frosty conditions and the Lake was as still as a mill pond, perfect for photography if only I had a camera! I counted 9 Little Grebes, they are turning colour now and their large gape spot is becoming pronounced. They are also very vociferous with plenty of trilling going on as they start to pair off for the spring breeding season. 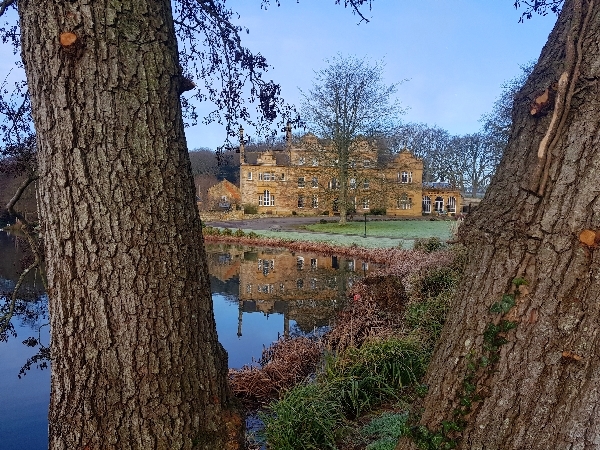 a view of the house from the lakeside

The Swans looked majestic as they sailed serenely across the water and even the Mallards and Moorhens looked colourful in the good light of the day. A Green Woodpecker called a couple of times and so did a Stock Dove, also Robins and Song Thrushes were singing and I heard a Dunnock having a go too! I took a few pictures but I do not have the skill to compose a landscape shot as Dawn does so my pictures are nowhere near as good as hers (thank you Conor Finch for pointing that out to me). 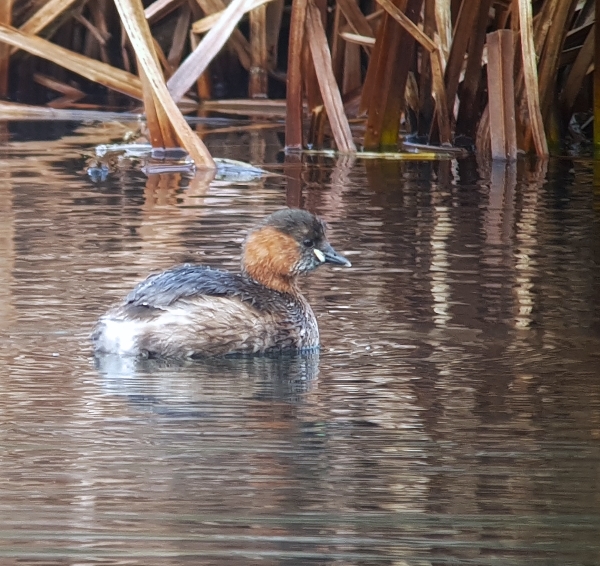 I walked back to Stoford and took the track along the stream to the south of the railway line, the woodland trees were full of thrushes, Redwings, Fieldfares, Blackbirds, Mistle and Song Thrush, all five species were present. I walked to the road bridge on the Bradford Abbas road and a found a pair of Collared Doves which are not common around the village. 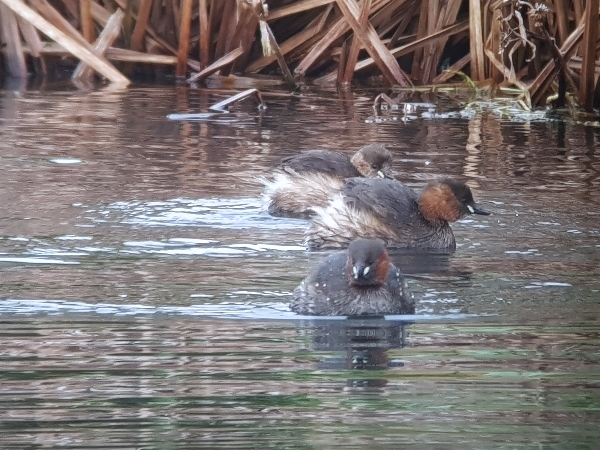 three of the nine Little Grebes on th Barwick Lake 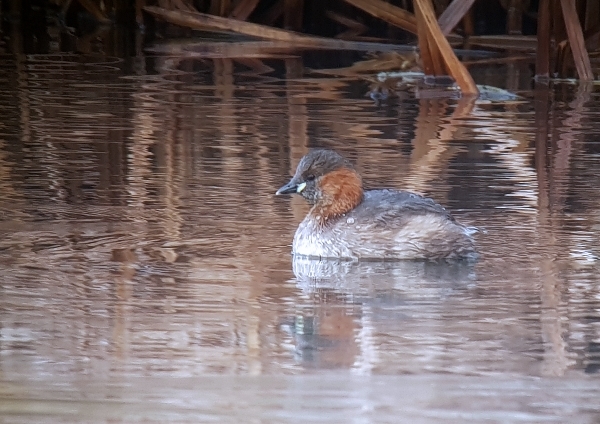 The last place I visited was the large grass meadows above the stream, in the first one I saw a buck Roe Deer sitting in the morning sun and four or five Common Buzzards sitting in the trees above it. 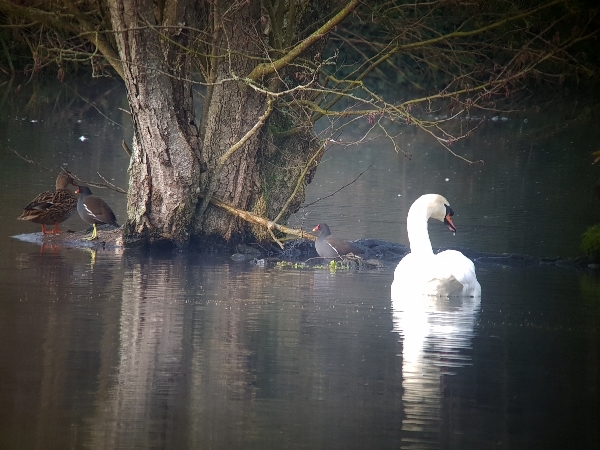 Mute Swan with Moorhen and Mallard

On the grass in the main meadow I watched a large flock of Redwings with a few Fieldfares, 2 Song Thrushes and 3 Mistle Thrushes, altogether I count nine Buzzards. Sitting in the trees around the meadow I watched Magpies, Jackdaws, Rooks and dozens of Wood Pigeons. As I climbed the track along the side of the meadow I gained enough height to see over the railway line into Yeo Valley. I scoped the fields above the valley and saw several Red-legged Partrdiges with a huge mixed flock of Rooks, Jackdaws, Crows and Wood Pigeons. They were feeding on the edge of a strip of maize that had been left for the ‘game’ birds. It is interesting and sad to note that since I heard a lot of shooting in the valley about 10 days ago I haven’t seen or heard a single RAVEN, I really hope they haven’t been exterminated because of the current lambing season!!! 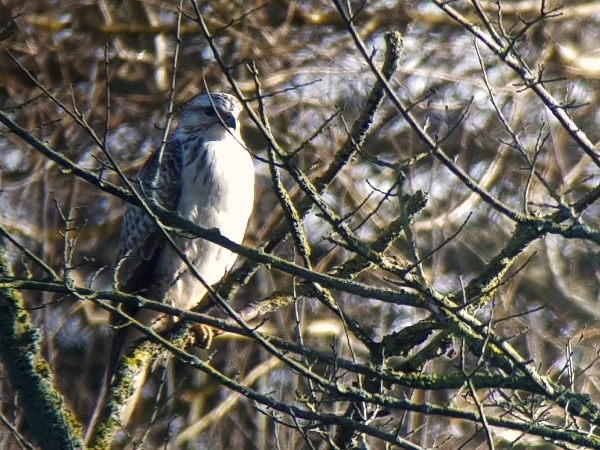 My afternoon garden watch didn't produce anything new or magical, but I have noticed that during this current cold spell it has got very busy out there. The birds must be hungry because they are even eating Dawn’s home-made flap-jacks that I threw out the other day?