I waited until the dull, grey clouds cleared before I ventured out at 8:30am it was a huge improvement over yesterday but it was still very cold. I walked around to the valley entrance and checked out the Long-tailed Tit nest site, they were there but flew off when I arrived. A Green Woodpecker called loudly but did not show and a few Redwings flew over me. 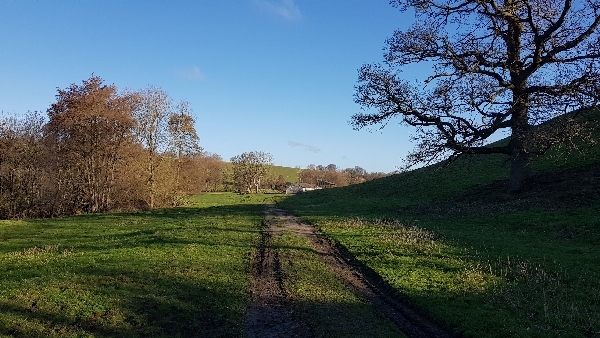 By 9am the sky was completely clear, the view into the valley showing the derelict farm buildings in the distance

I then walked back to station lane and headed south under the bridge and then into the large grass field above the stream. It was empty up there not a single bird on the grass, however, I watched a pair of Starlings that had returned to their nest hole in a telegraph pole, one of the birds disappeared into the hole. I noticed that the Magpie nest was looking much more renovated than last week, the pair of birds were in attendance. 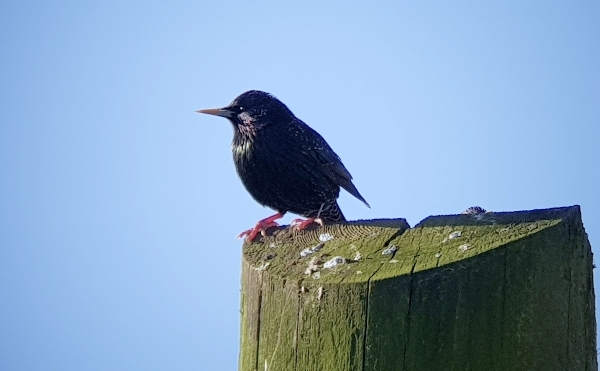 a Starling standing guard over its nest-hole-in-the-pole

From the grass meadow I walk south into the next meadow which had been left fallow for a couple of years, a large flock of Meadow Pipits flew up from the long grass, about 20 of them landed on top of a row bushes but there was about 50 altogether, perhaps a migrating flock on the move? 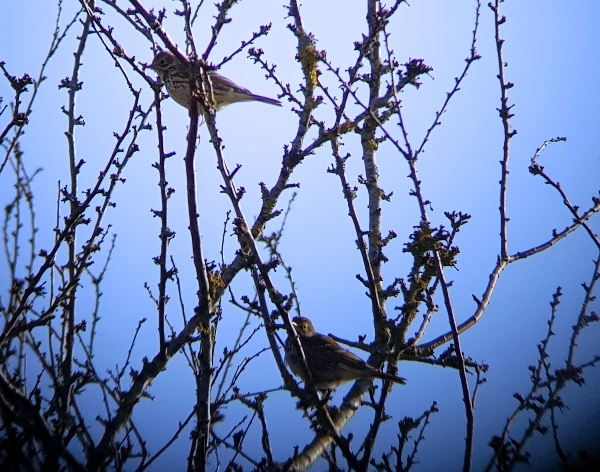 a couple of the Meadow Pipits

I 'scoped the sheep fields across the valley towards Cowpool Farm and although I didn’t see anything to get excited about I decided to walk across there and check out all the fields around the farm. After ½ hour of searching I came up with, Pied Wagtails, Redwings, Rooks, Jackdaws, Crows, Wood Pigeons and a few Stock Doves (a couple of which were performing a flight courtship display). Not a sniff of a Wheatear or any other migrant birds.

The most remarkable things in the sheep fields was in fact the sheep!!! Well, the new born lambs I mean, they were just adorable. 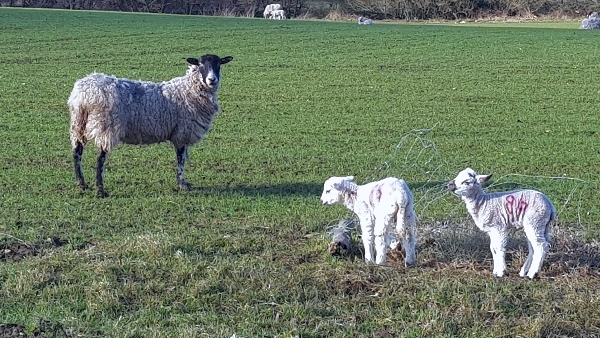 I walked through the fields and up the slope to the large Clifton Wood. An unlocked gate can be found along the western edge of the wood and I found it! I took a short walk into the wood and came up with a good number of ‘woodland species’. Blue, Great, Coal and Long-tailed Tits were all outdone by the appearance of a pair of Marsh Tits, I really hoped for this species which made it onto my March list at number 61. 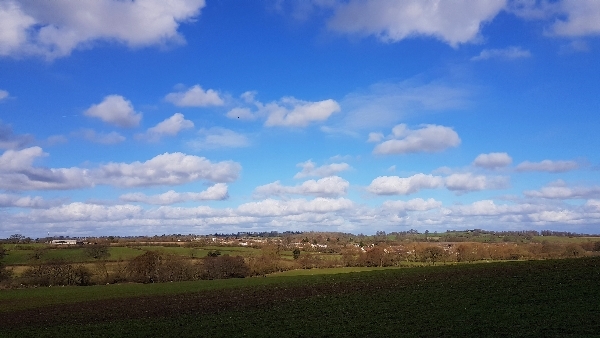 the view of Stoford from the top of the slope at Clifton Wood. Fluffy white clouds make it look like a summer's day but believe me it wasn't.

My journey back produced little else, I did see three Common Buzzards having a bit of a confrontation up in the sky I also watch a large flock of Herring Gulls spiralling up on the thermals. I took the path through the stream-side woodland and found more Redwings and a pair of Goldcrest were in their usual fir tree (the only fir tree in the wood). 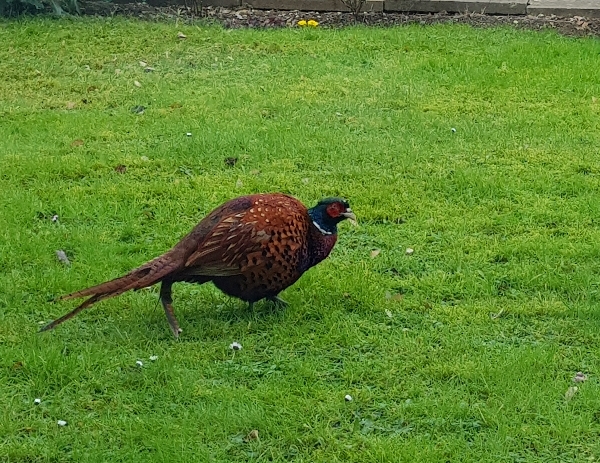 My gardens birds performed well including Fez (shown above), he sat on the fence until I went out and threw some sunflower hearts onto the lawn, he wouldn’t come down to eat until I retreated to the lounge, I don’t know what I’d done to upset him? The picture was taken through the lounge window.