WEATHER; A crisp, clear, cloudless start to the day with a light breeze. But….. it was still very cold first thing.

After several days of continuous birding I thought I needed a rest today, I stayed in bed until 7am and never left the flat until 9:30am. Dawn had been up most of night with a stomach bug, I drove to the chemist to pick up her prescription before I went for a short walk.

From the road bridge that spans the stream in the lane leading up to the station I saw a pair of Grey Wagtails and a Blackcap was singing from high above me. It was great to hear both Blackcap and Chiffchaff singing on my patch again, you know summer is on its way when that happens.

I decided to walk southward into the riparian woodland that borders the stream and that is where I spent most of my two hours, I stood watching Chiffchaffs pairing off and it took me a while to track another singing Blackcap and eventually get him in the camera. 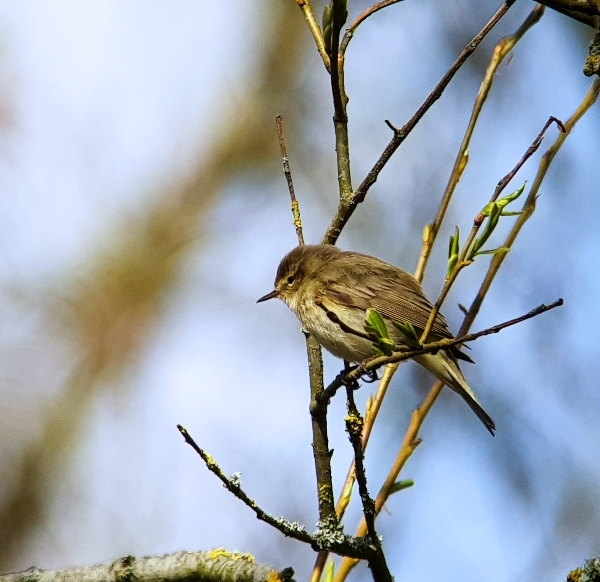 One of four Chiffchaffs singing along the stream today

I heard a Goldcrest singing but I couldn’t find it and I watched with great delight the antics of two Long-tailed Tits, they were both carrying a large feather for nest lining, however, the feathers were almost as big as the birds. 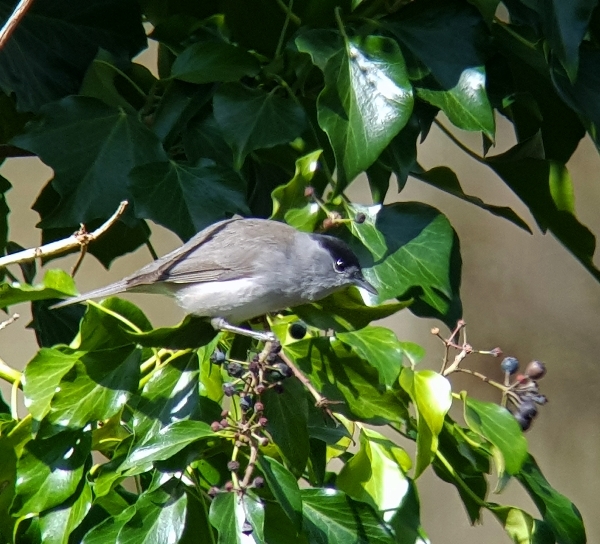 the importance of ivy as a source of food in late winter/early spring was demonstrated today, both the Blackcap and a Blackbird came down to fed on the berries 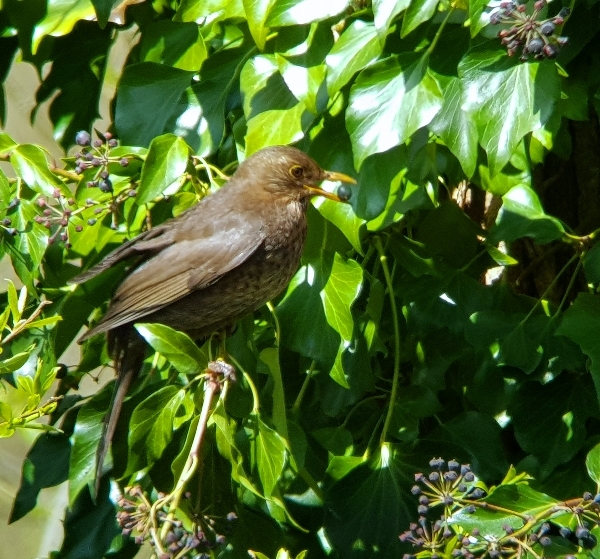 As I emerged from the woodland I saw a Roe Deer at the top of the meadow in front of me, it was the usual Buck that I have seen many times, but to my surprise he had Doe with him. 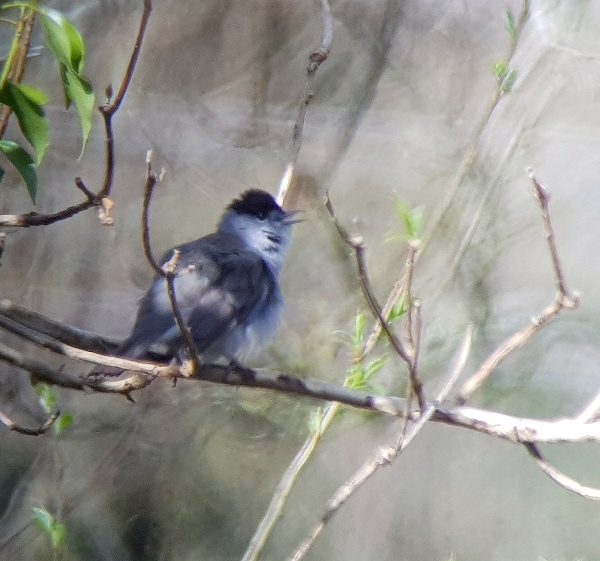 Before I went home for lunch I popped into the valley and walked the first part of the entrance track. It was quite sheltered there and the sun was quite warm, a few butterflies were on the wing. I saw Brimstone, Orange-tip and Small Tortoiseshell. I also watched a pair of Treecreepers prospecting a crevice in a tree and a Green Woodpecker flew over me. 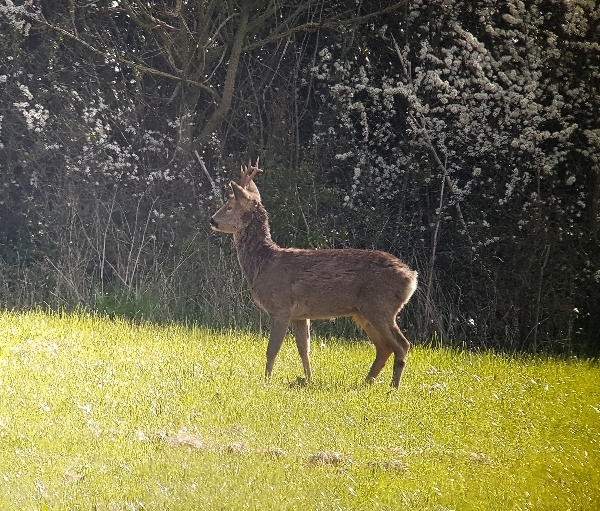 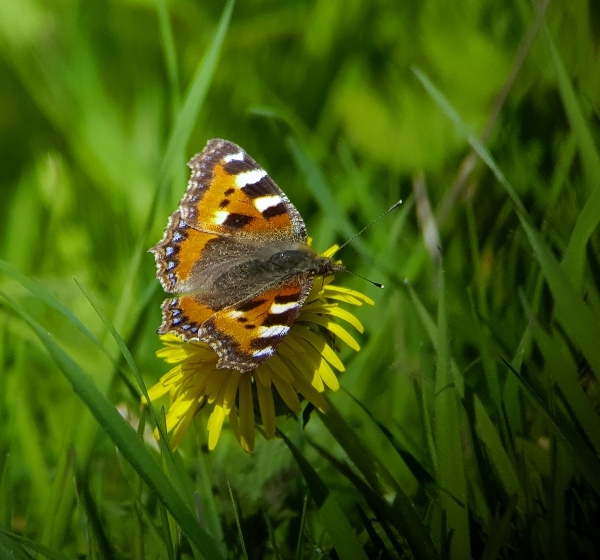 Small Tortoiseshell nectaring on a Dandelion

Just before I left for home I lifted a sheet of corregated metal that was lying in the grass and beneath I saw a Common Shrew, I was hoping for a snake but it was not to be.

My garden visitor, a Pheasant called Fez, was waiting for his lunch when I got back. During our lunch Dawn and I watched a procession of birds enjoying the bathing facilities provided by our stone bird-bath, we saw Blue Tit, Robin, Blackbird, Goldfinch and House Sparrow all enjoying the water. A Song Thrush has been using the garden to forage for food quite a lot today, this was unusual, we have seen one in the garden since December. Also unusual was a flock of ten Goldfinches feeding in the sycamores later in afternoon, I didn't expect to see a flock at this stage of the breeding season.