Two quick outings on consecutive days brought a series of butterfly sightings and a few birds, the most important bit is the sighting of a new bird species for my year list!

Dawn's sister Celia often house-sits for a wealthy couple who live in Corscombe about 4 miles from Stoford. The house has large gardens, a few paddocks and a large wild flower meadow with a stream and a lake. We drove over mid-afternoon to have a look around the meadow and lake. 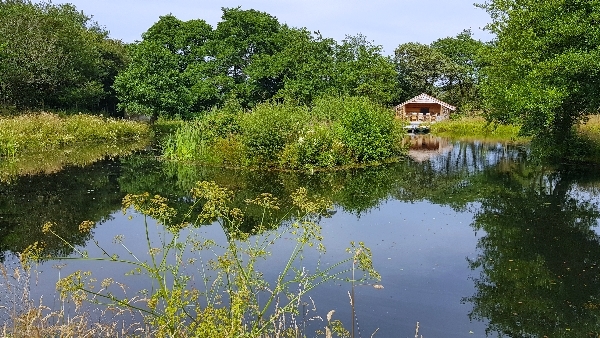 the lake on private land near Corscombe 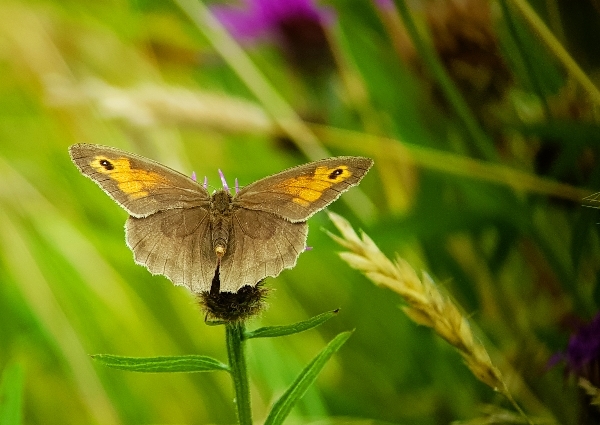 It was hot and sunny so plenty of butterflies were on the wing, dozens of Meadow Browns, a few Ringlets, Gatekeepers, Marbled Whites, Green-veined Whites, Red Admiral and Speckled Wood. I also saw several Essex Skippers, a few Small Skippers and quite a few dragonflies around the lake. 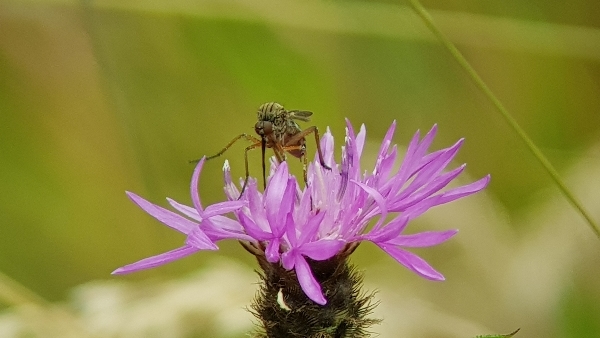 I think this is a Dance Fly sp. perhaps Empis tessellata. It feeds on nectar using its long probosis but also hunts other insects using its probosis as a spear, how nice is that?

Four-spotted Chasers and Emperor Dragonflies were in good numbers, I also saw a single Golden-ringed Dragonfly and lots of Common Blue Damselflies. Very few birds were around, I saw Common Buzzard, Dunnock, Robin, Blue and Great Tits and I heard a Bullfinch. 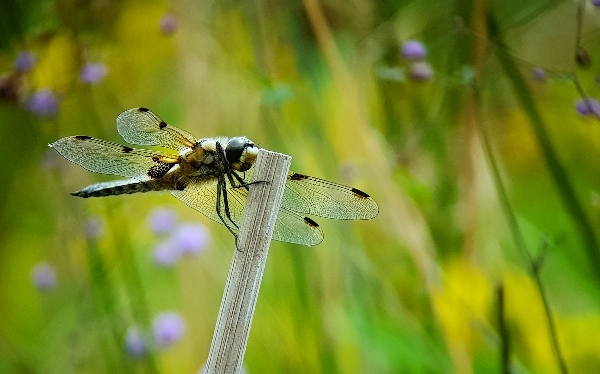 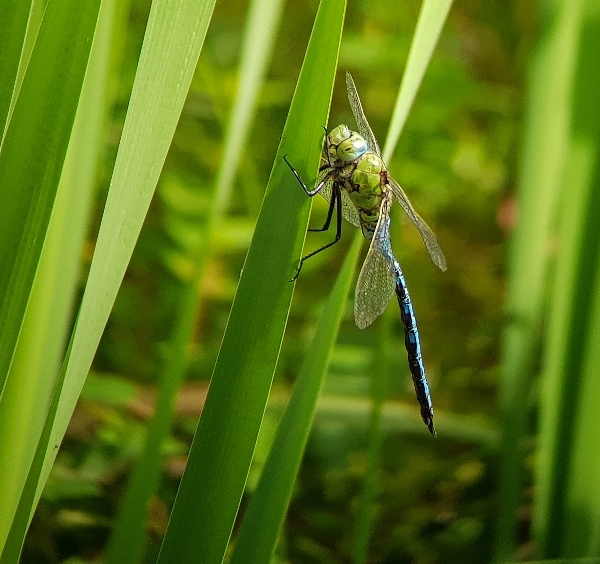 Reports of up to three YELLOW-LEGGED GULLS in the pre-roost gull gathering at Sutton Bingham prompted me to brave the wet and windy weather conditions for a quick visit today.

About fifty gulls were present when I arrived and so was Pete Ackers a local birder, he was watching one of the Yellow-legged Gulls so I didn't even have to find it myself. It was a juvenile and very hard to pick out from all the first year and juvenile Herring and Lesser Black-backed Gulls. 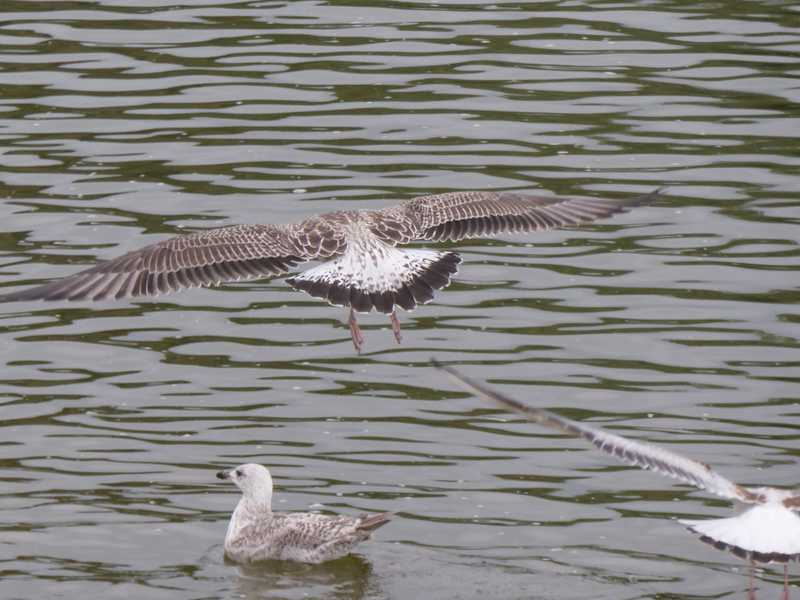 A flight shot of the Yellow-legged Gull taken by Pete Ackers. The dark narrow tail band, the whitish almost plain rump and uppertail feathers as well as the lack of a 'window' in the inner primaries rule out Herring Gull. Also the pale fringed tertials seen here are always notched on juvenile Herring Gulls. 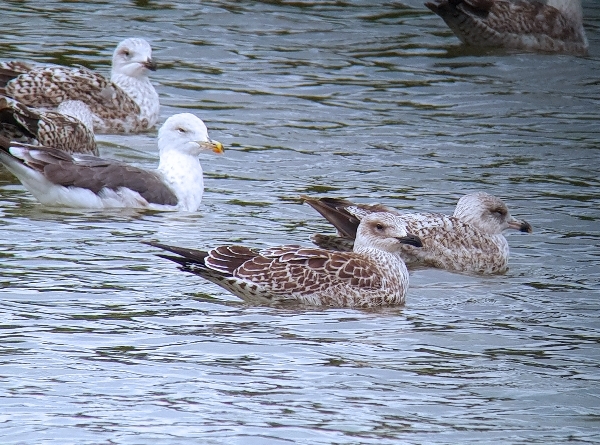 the juvenile Yellow-legged Gull in the foreground showing the pale fringed tertial feathers (the feathers that cover the primary flight feathers when the wings are folded). These feathers are distinctly 'notched' in Herring Gulls. 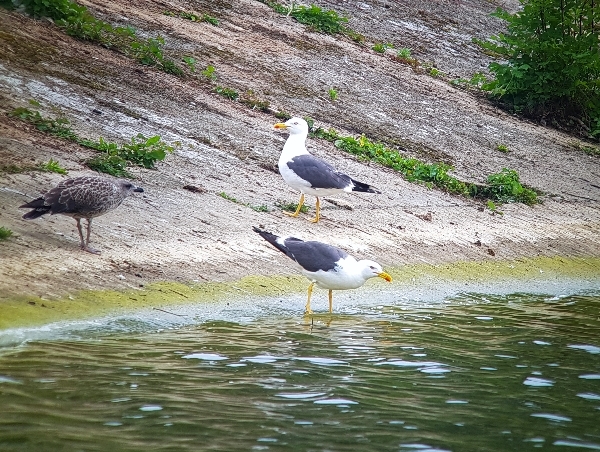 Lesser Black-backed Gulls, two adults with a juvenile, see how much darker this juvenile is compared to the Herring Gull and the Yellow-legged Gull shown above. 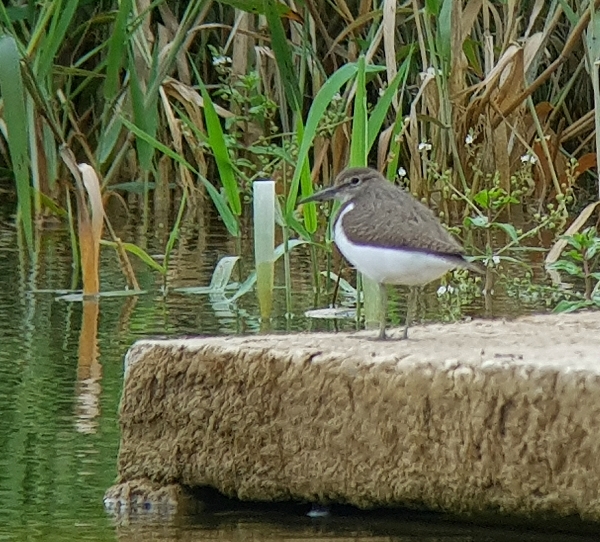 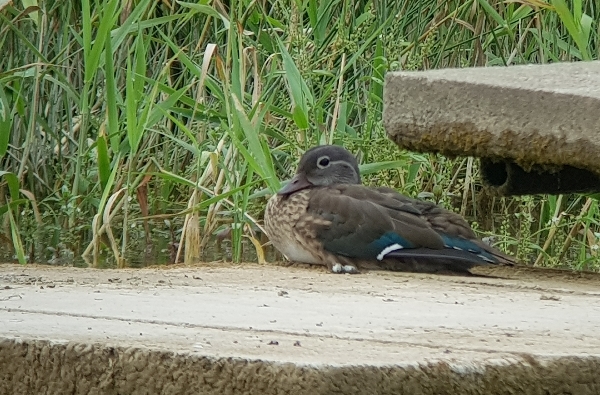 Mandarin, a female type but myabe a male in eclipse