September is an exciting month for bird watchers, migration is in full swing and anything can turn up on your local patch or at your local nature reserve. After the poor weather of August, which did not inspire me to venture out much,  I am hoping to get out a lot more this month, starting with today!

My species tally for each month is shown below, with a running total of species of 189 for the year. April and September are usually the months with the largest tally which coincides with the peak migration periods.

Today I made a short visit to Sutton Bingham Reservoir where I saw 32 species, which kicked off my September list nicely. I didn’t see anything rare or too exciting but a Common or Eurasian Coot was noteworthy, it is locally uncommon, especially at the denuded Reservoir. This body of water is full of Carp, they eat everything! So, for diving ducks there is nothing left to eat. Ducks do not stay long at Sutton Bingham. 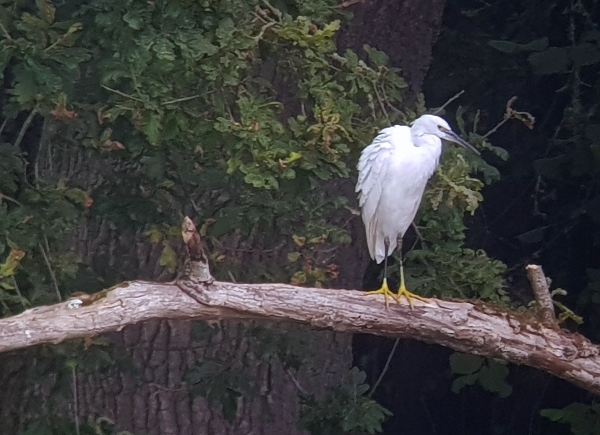 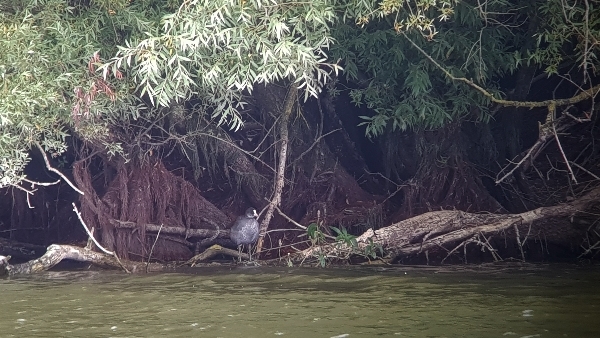 In the bushes and the trees around the main car park I found a roaming mixed flock of birds, namely; Blue, Great and Long-tailed Tits, there was four Common Chiffchaffs too and I did see both Chaffinch and Eurasian Nuthatch. 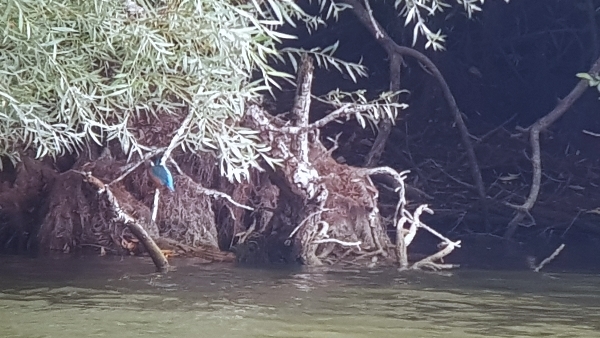 there is a Kingfisher in this pcture- honest!!

Back at home I went for a walk into Yeo Valley around 4pm. It was very quiet and very overgrown, I could hardly see the stream through the dense vegetation. Eventually I saw a Great Spotted Woodpecker, a small covey of Red-legged Partridges, and three Green Woodpeckers (two of which were juveniles). Many Swallows were swarming over the uncut meadows and above me I saw at least 30 House Martins.

I added Goldfinch and Coal Tit to my list as they visited my garden bird-bath for a drink,