Well what a lovely day, a change in the weather, a change of scenery and a day out with a lovely group of friends. We all met up at RSPB Ham Wall, Dawn and I arrived just before 8am and Nigel was already there in the car park. Mervyn and Leesa arrived a little later and all 5 five of us walked onto the reserve. 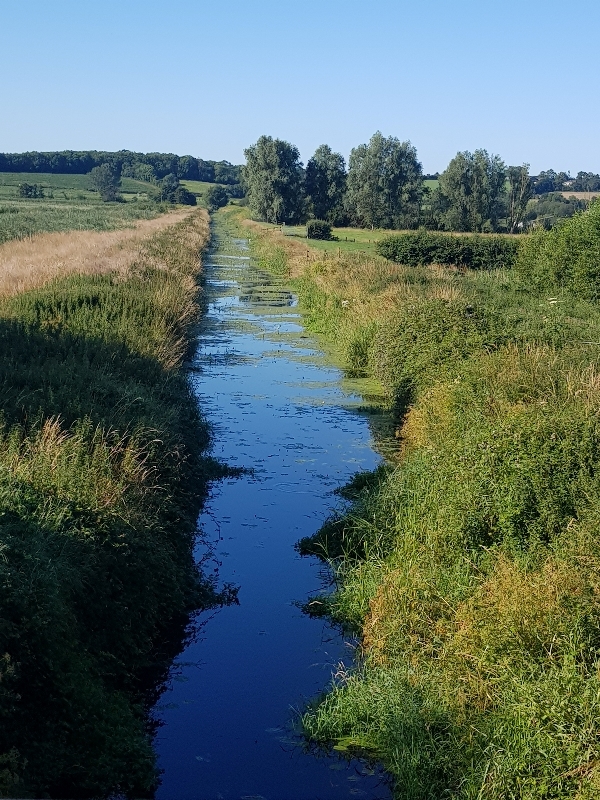 From the first bridge on the main track into Ham Wall we saw a a couple of Great Egrets in a distant tree, also on view was a small group of Great Cormorants, Mute Swans, Great Crested Grebes and a female Marsh Harrier. As we approached the first viewing platform Mervyn and Leesa caught up with us and Mervyn quickly found a distant Hobby sitting in a dead tree, what a great start. 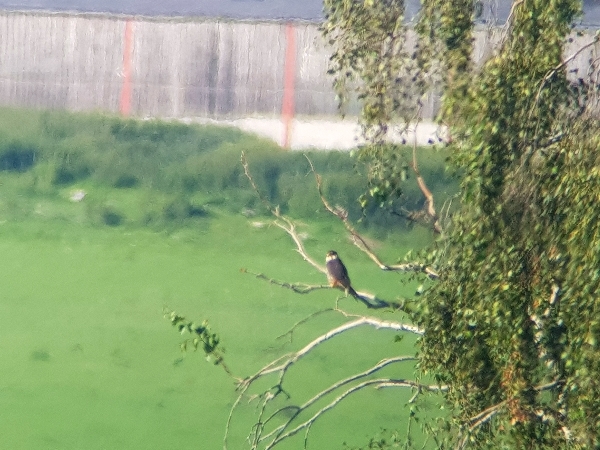 you can just make out this Hobby - it was very distant!!

We walked on, noting a few species of duck, notably, Mallard, Gadwall and Eurasian Teal, then a Great Bittern was seen flying over the reeds in the distance, wow!! How good was that?

We walked onto the track that takes you to the Avalon Hide which was closed but the track gives you access to a number of viewing points where we added many species to our day list. Nigel found a Water Rail (a juvenile) we all got onto it and we also saw Reed Warbler, Reed Bunting, Blackcap, a possible Cetti’s Warbler and heard a Chiffchaff singing, 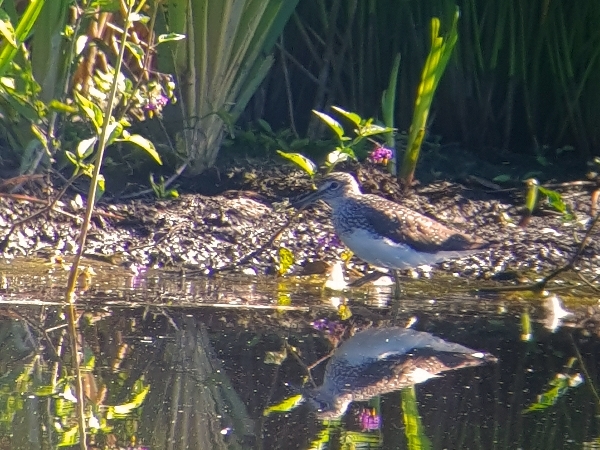 From one of the view points we saw another Water Rail, also Green Sandpiper, Northern Lapwing, Little Grebe and another Bittern and another Marsh Harrier. We walked to the viewing platform number 2 and scanned an area of open water with some exposed mud. It was fantastic birding there, for a start there was 11 Great Egrets in view all at the same time!! We saw at least 3 more Green Sandpipers, two more Water Rails, Northern Shoveler, Great Crested Grebe with chicks and more Lapwings. 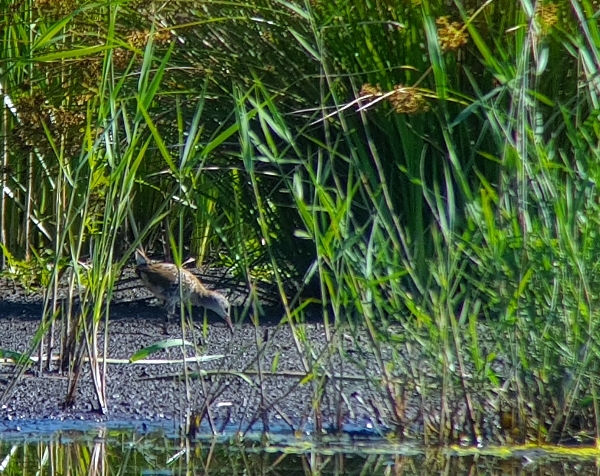 By that time the final two of our group arrived, Kevin and Pat. They had driven for 2 hours to get here and it was great to see them, it was a lovely reunion of a super bunch of people, I loved it! Dawn knew most of them because they had stayed at our house in Spain at some time. 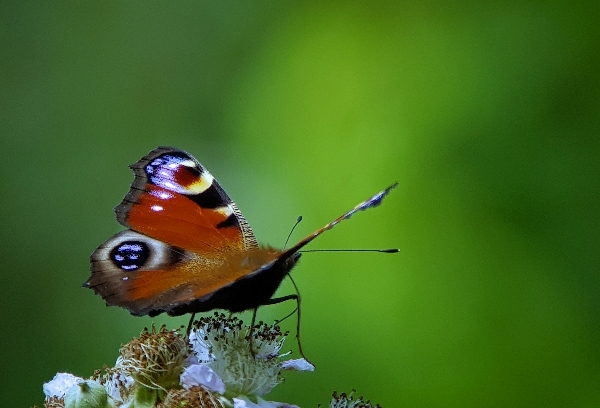 Mervyn and Kevin were on fire when it came to Bittern finding, both had more sightings, but it was Kevin who found one sitting in the reeds, it was distant but easily scoped. We then got onto a family party of Bearded Tits, they were also a little distant, but we enjoyed the views, they kept on reappearing over a twenty-minute period. Marsh Harriers often flew over the reeds and Mervyn pointed out a Sparrowhawk which flew much lower over the reedbeds. 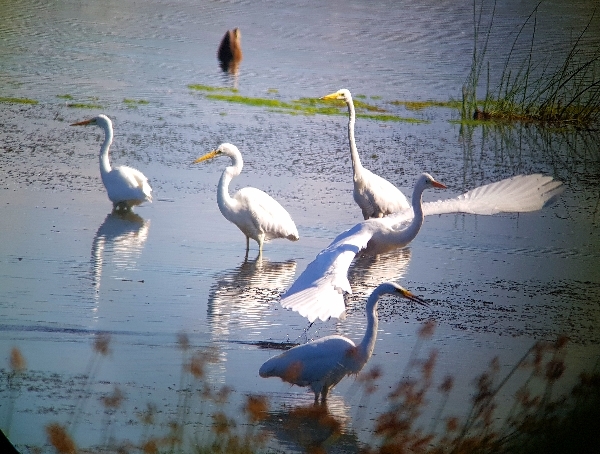 5 Great Egrets - there was 12 of these in this one area, amazing!

We continued our looped walk, all the hides were closed so we followed the main track back to the car park. We noted Tufted Duck, Common Pochard, Little Grebe and had many sightings of Reed Warblers and Blackcaps along the way. The area was awash with an abundance of Peacock and Red Admiral Butterflies, many dragonflies filled the ditches and dashed over the reeds. We heard Marsh frogs calling and even found a tiny frog in the grass. 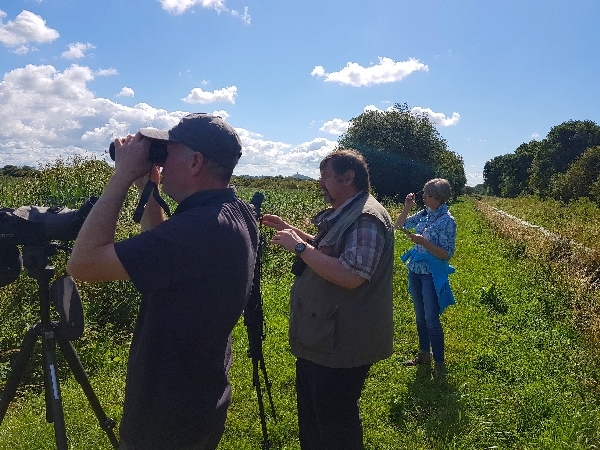 Dawn, Nigel and Mervyn  with the Glastonbury Tor in the background

We ate our picnic lunch in the open area next to the car park, Nigel had brought a load of Muffins with him and they were eagerly accepted by all of us. Kevin found another Hobby as we ate, it was very high up and very distant but it was a Hobby. Both Common Buzzard and Marsh Harrier were seen during our lunch break. 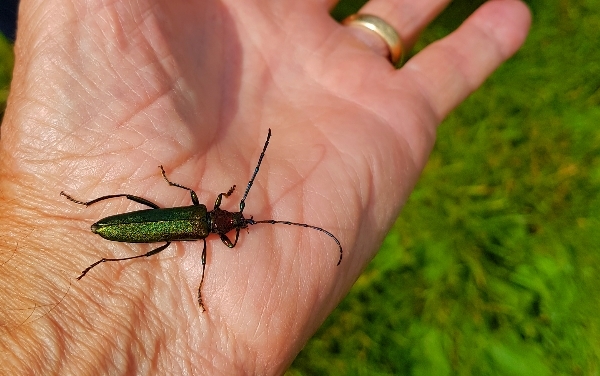 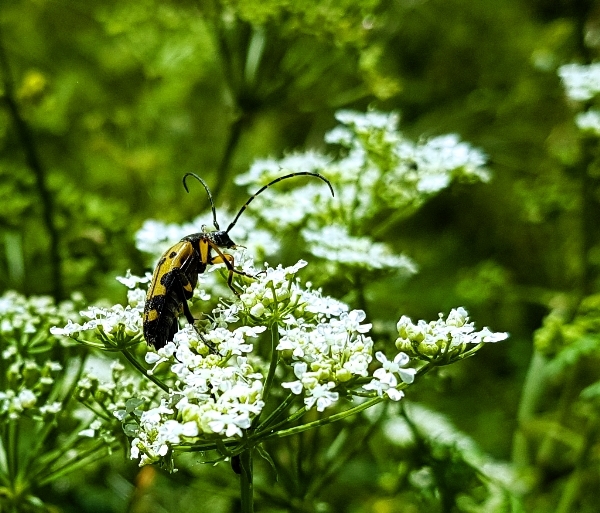 Just after lunch we walked off the reserve and onto the main track that leads you to Shapwick, we only walked for about ¼ mile so we could view the large open water at Meare Heath. Mervyn and Leesa had seen a male Wigeon there yesterday so we went to look for it. We couldn’t find their bird but we did find two other Wigeon amongst the dozens of eclipse Mallard and Gadwalls. 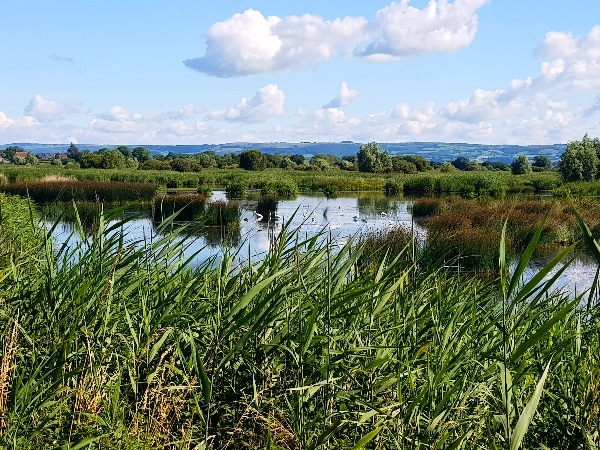 the view from Viewing Platform No. 2 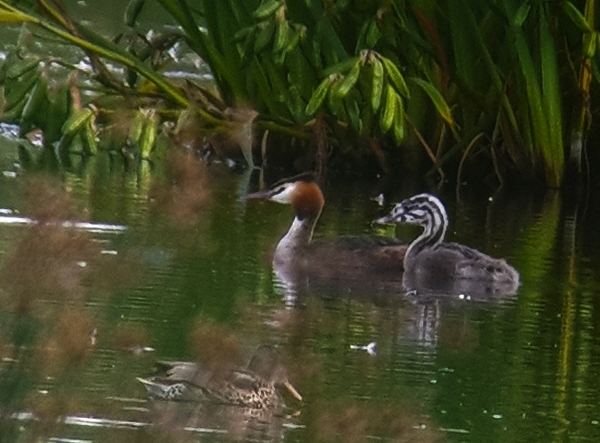 Kevin and pat had to leave at 1pm, they had friends to visit and so we said our farewell to them. The rest of us jumped into the cars and drove round to RSPB Catcott Low reserve where Mervyn and Leesa had seen a bunch of Cattle Egrets yesterday. Alas, they were not still present, in fact not many birds were present at all. We did find a single Great Egret, some Greylag Geese, Northern Lapwing and not much else. 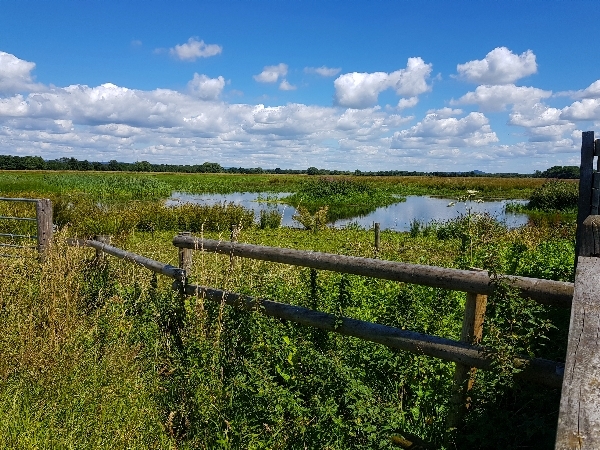 very little water can be seen at Catcott in the summer

It was now 3pm and dawn and I and Nigel decided to call it day whilst Mervyn and Leesa were heading off to Westhay Moor to look for more Hobby. It had been just great meeting everyone for a few great hours of birding in excellent weather.