I made an early afternoon visit to Sutton Bingham to try to see either a Wheatear or a Whinchat or both! These two species had been reported by two of the local WhatsApp group over the last couple of days. I saw neither but I had an enjoyable walk down to the southern arm of the reservoir from the main causeway. I think the only bird I added to the September list was a Jay, but I did see the Kingfisher again, also 3 Common Sandpipers, Little Egrets and 3 Grey Herons. Oh, and a Fox. 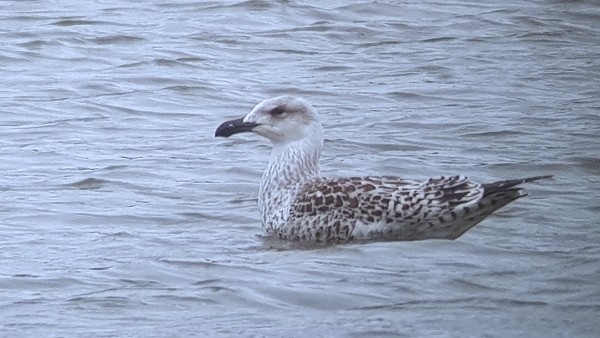 Dawn and I took a late afternoon walk around Stoford and Barwick, we ended up in Barwick Park looking at the birds on the lake. The villages produced Collared Dove, Robin, Dunnock, Swallow, Jackdaw & House Sparrow whilst the Lake held Little Grebes, Mallards and Moorhens., We did see a Common Buzzard and we heard a Green Woodpecker twice. 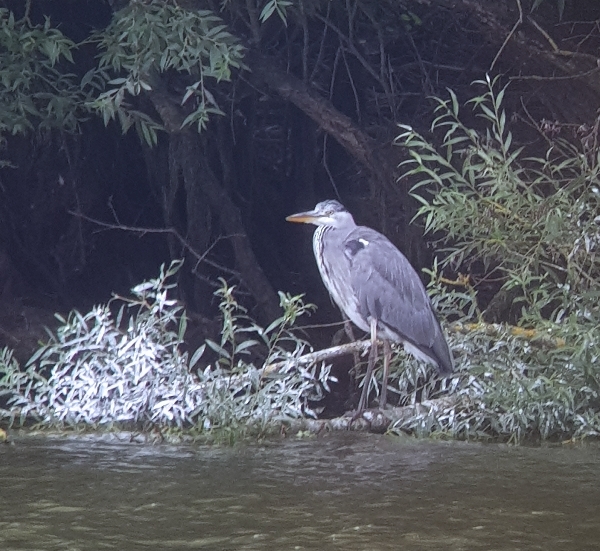 WEATHER: hazy sunshine for most of the day, light breeze. Top temp 23C

Another epic walk with Dawn, she walked the socks off me today as we completed 18,000 steps which is 7.6 miles, luckily is was mainly on a level plane.

We drove down to Weymouth and parked in the tennis court car park on Radipole Lake Lane, which is adjacent to RSPB Radipole Lake Reserve. I never took my scope with me today so I used my bins to scan the large lagoon viewable from a fisherman’s boardwalk. I added a few species to the September list, namely: Mute Swan, Shoveler, Gadwall, Tufted Duck, Common Shelduck and Teal. 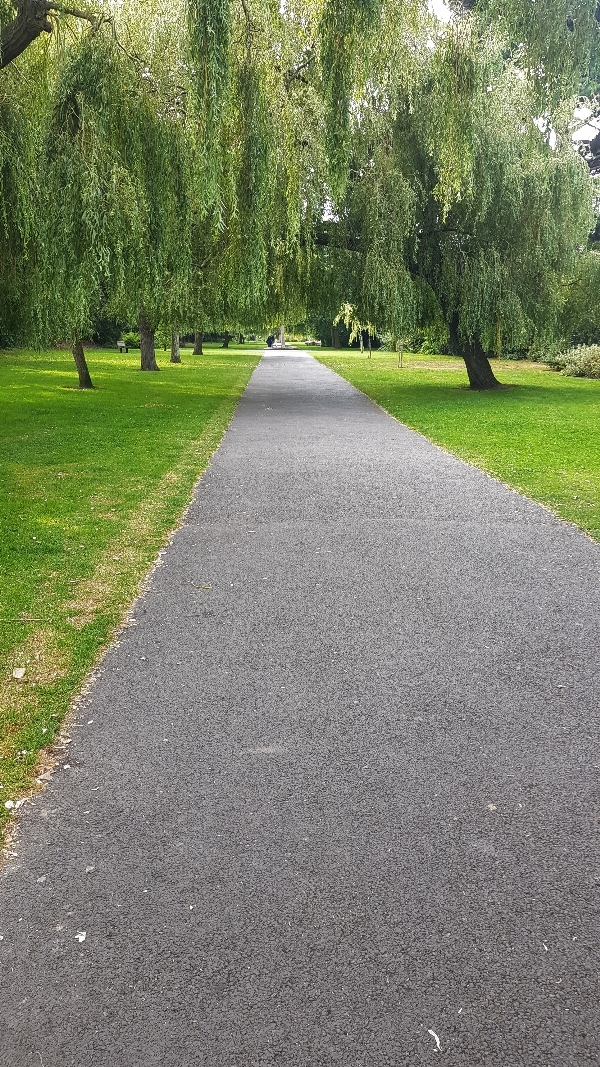 we had alovely walk through the park along Radipole Lake Lane

We then walked down to the Swannery Car Park via the lovely (well planted) Radipole Lane, gardens. From the main car park we viewed the water around the RSPB visitor’s centre where we added nothing to the list and so we moved on. We followed the circuit around the 'swan pool' and crossed over to the Rodwell Trail. 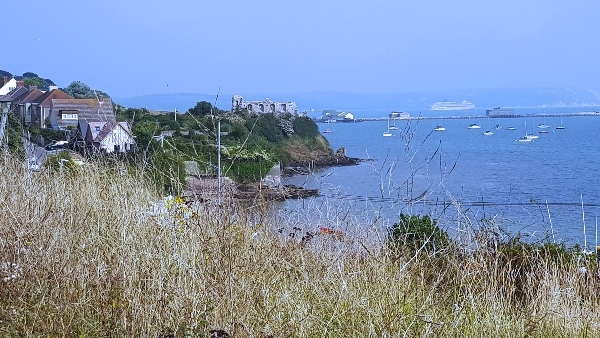 Looking at Sandsfoot Castle from the Rodwell Trail (completed in 1542, commissioned by Henry VIII). Also shown is Portland Harbour and a Cruise Liner docked in Weymouth Bay beyond the break-water wall.

I must say that the bird life along the trail was sparten, we added House Sparrow and Starling to the list and not much else was seen. At Sandsfoot Castle we stopped at the café for a quick cuppa, it was lovely sitting out in the sunshine for a change, throughout August we did not do that at all. I scanned Portland Harbour form the Castle Gardens and saw Shag, Cormorant and Herring Gulls! 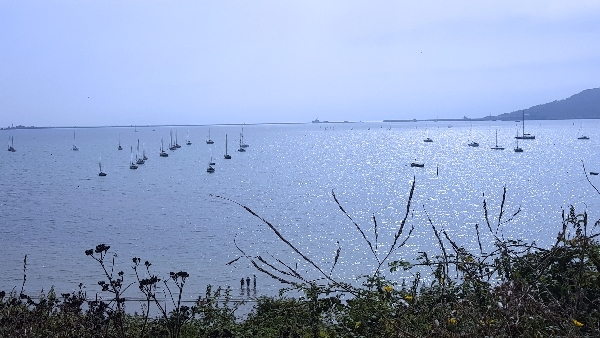 another view of Portland harbour from the Rodwell Trail

From the Castle to Ferrybridge we saw a single Common Whitethroat, lots more House Sparrows and Starlings (I carefully checked all the Starlings just in case a juvenile Rosy was in with them).

We met a stronger breeze head-on as we walked along the main road to the visitor’s centre at Ferrybridge, scanning the mudflats I gathered quite a few species for the list: dozens of Ringed Plovers covered the area, with Sanderlings, Dunlins, Ruddy Turnstones, Oystercatchers, Black-headed, Mediterranean, Herring and Great Black-backed Gulls. 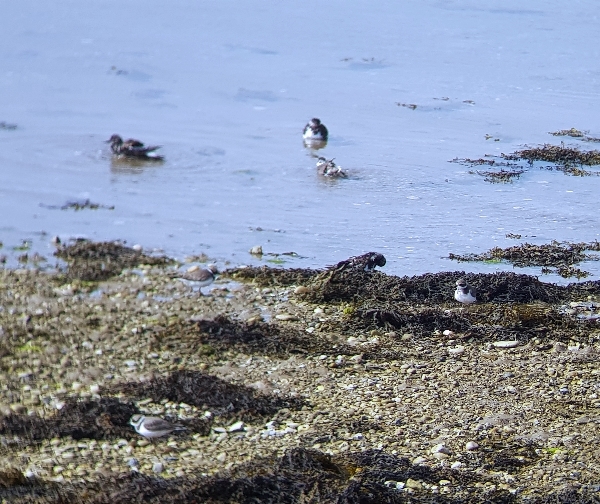 a digi-bins picture, and not a very good one, of 3 Turnstones taking a bath and two Ringed Plovers on the shingle

We had a smashing lunch at the visitor’s centre (I recommend the food in there), we shared an Eton Mess Ice-cream for dessert, yummy and what a mess, Dawn made most it! We then walked over to the shingle beach of the Chesil Bank and walked westward scanning the grassy area as well as the mud-flats. I picked out three Bar-tailed Godwits, a single Knot and a beautiful Grey Plover which was still in summer plumage. 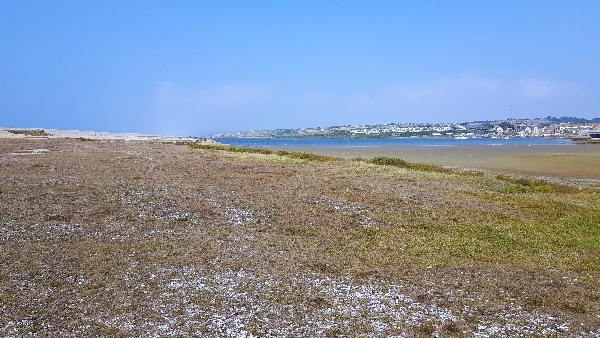 We saw 10 Northern Wheatears on the grassy area with a flock of Linnets and two Pied Wagtails. As we walked back along the main road towards the derelict Ferrybridge Pub a swarm of hirundines flew over us, I picked out many Barn Swallows, a few House Martins and several Sand Martins.

The journey back to the car was uneventful except for the large flocks of starlings, I had to check them all, just in case!! Once we got out of the breeze along the Rodwell Trail we started seeing dozens of butterflies, I was amazed at the numbers of Speckled Woods, Small and Large Whites, Small Tortoiseshells and Red Admirals. We also saw smaller numbers of Meadow Browns, Holly Blues and a single Comma. 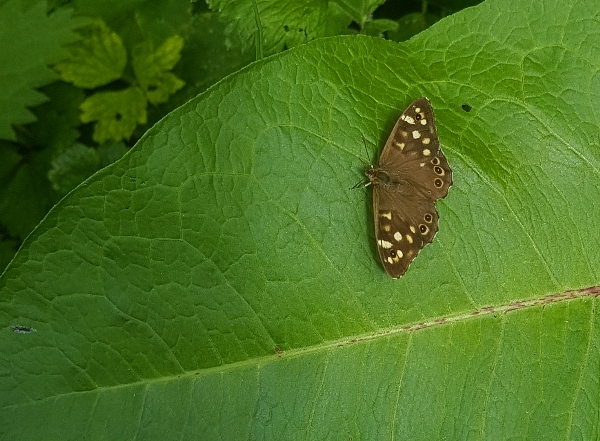 We got back to the car around 3:30pm and drove home. By 4:30pm we were sitting on the garden bench sipping a nice cuppa before the sun disappeared behind the garden sycamores. It had been a lovely sun-shiny day. My September tally had shot up to 67 species.