WEATHER; a superb morning of bright sunshine with no wind. Just lovely.

Flaming June is back, at least for today it was! I got up a little earlier and went a little Off Piste, I took a second trip down to the coast to breath some fresh sea air.

I left the house at 5:30am and arrived at Ferrybridge a little after 6, the roads were very quiet and it was quite foggy for most of the drive. My stop at the mud-flats at Ferrybridge was quite brief because there wasn't much at all to see. I was expecting a few more waders than I got. 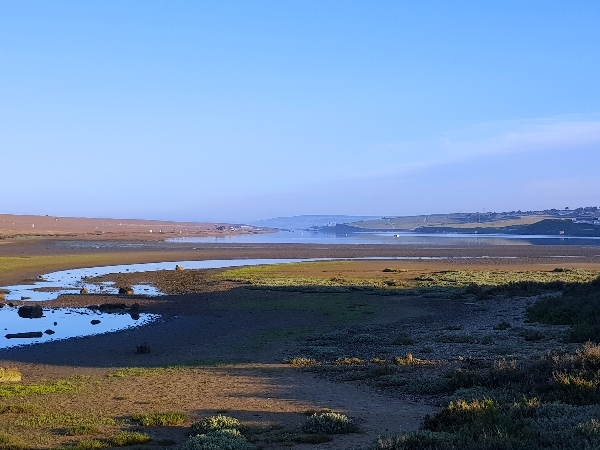 the mud-flats at ferry Bridge looking towards the 'Fleet'.

A pair of Eurasian Oystercatchers were feeding near the car park with a Little Egret. A dog with owner flushed them and scared the Oystercatcher's chicks half-to-death. He walked across the mudflats with the animal off the leash. Good job he was quite a way from me. 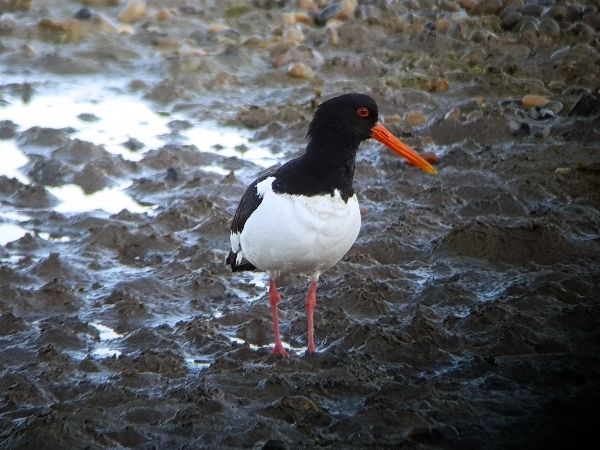 Eurasian Oystercatcher - you can see a short video of the parent feeding the two chicks here: 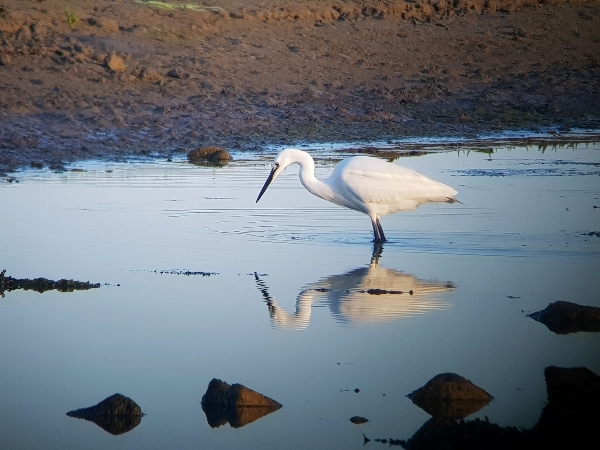 I scanned the water's edge which was a fair distance away, it must have been low tide, a single Dunlin fed with four Common Ringed Plovers, many Little Terns were flying in and out of the fenced-off breeding area. I think about 70 pairs have chicks right now. The only other species seen out there was Black-headed and Herring Gulls. 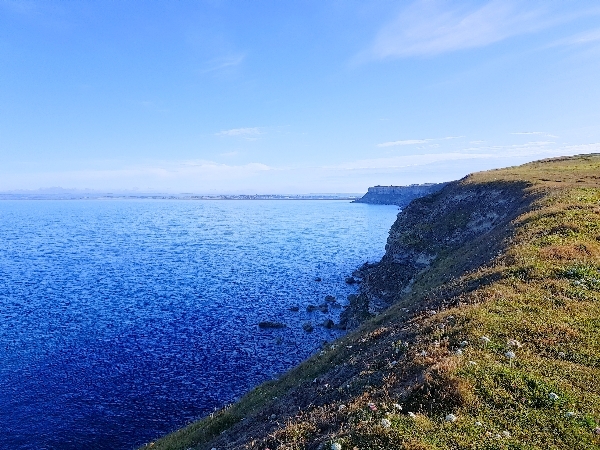 My trip up to Portland took another 10 minutes, I parked on the west side of the 'island' near a site where a Rose-coloured Starling had been seen yesterday. I searched the local Starling flocks but could not see any pink and black ones. I did find a Common Stonechat which was new for my June list. 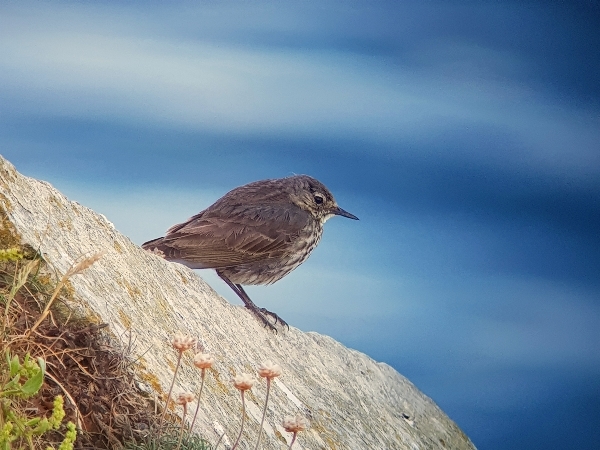 As I walked along the top of ther west cliffs towards the southern tip and Portland Bill Lighthouse I watched Common Whitethroat, Rock Pipit, Meadow Pipit, Eurasian Skylark and Common Kestrel. Soon I was standing over the top of the huge  Guillemot and Razorl colonies, it was noisy but not so busy, I think many of the youngsters have now fledged and were sitting on the water, 80 meters below me. 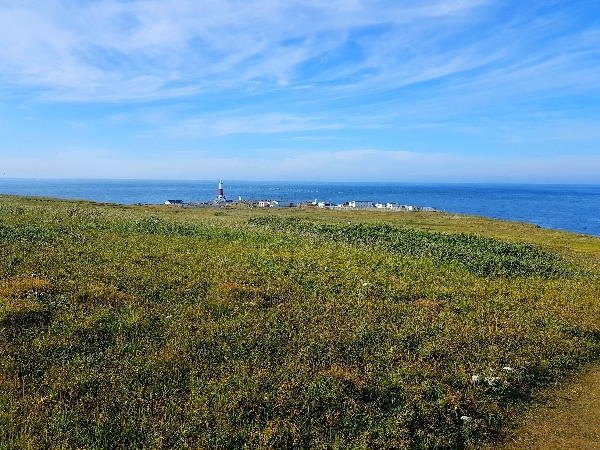 looking down to the Portland Bill Lighthouse from the West Cliffs

I added Fulmar, European Shag, Guillemot, Razorbill, Great Black-backed Gull and Northern Gannet to the June list but I could not see a Kittiwake. My time today was limited so I did not walk all the way down to Portland Bill, instead I headed back northward to where I started. 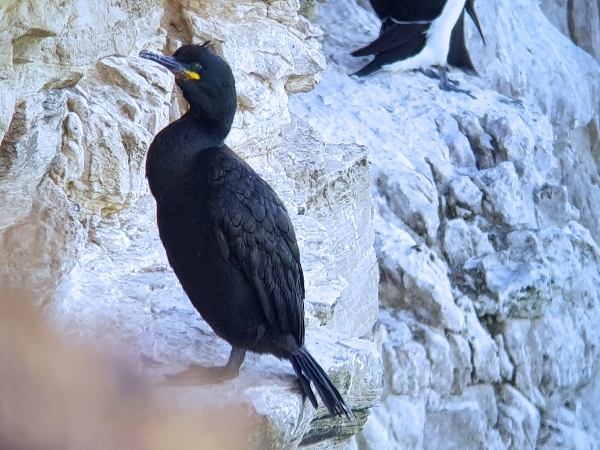 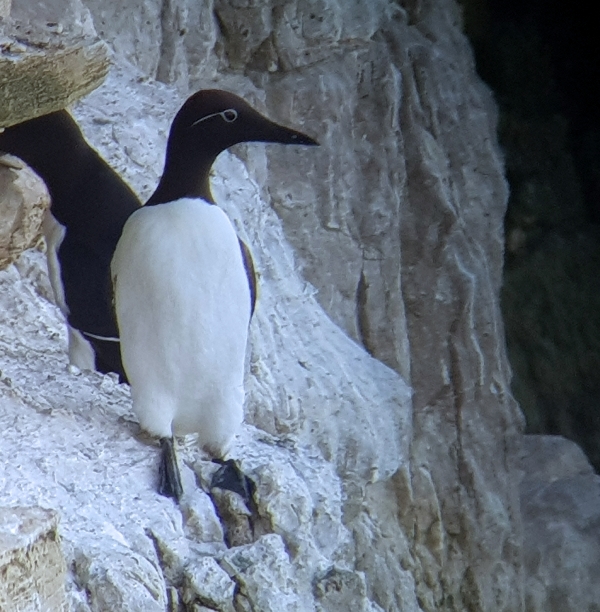 a 'bridled' Guillemot, not many of them have this rare facial bridle markings 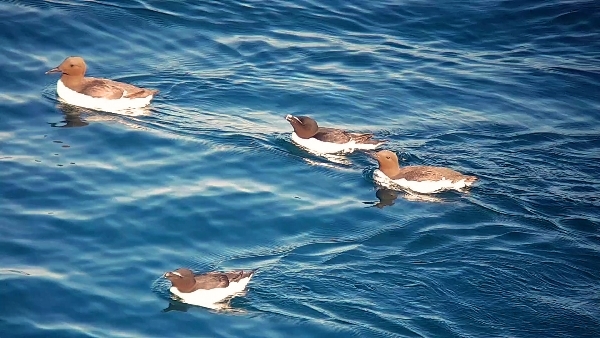 A pair of very noisy Ravens perched on a building near me and I had excellent views of Meadow Pipit, Skylark and a very colourful Linnet. I searched the area around Reap Lane barn for the Starling but I think it must have gone (as I write this, the starling had not been reported all day). 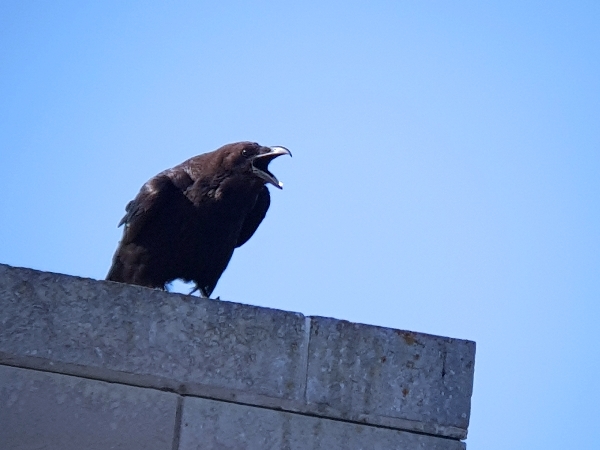 For my last stop I drove back to Weymouth and across town to Lodmoor on the east side. I parked a fair walk away from the lagoons and took the busy footpath through the reedbeds. I was after four or five new species, the main targets were Common Tern, Mediterranean Gull, Gadwall, Marsh Harrier, Cetti's Warbler, Eurasian Coot and Canada Goose. 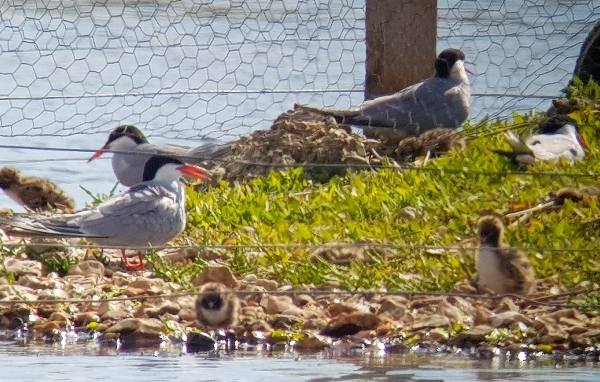 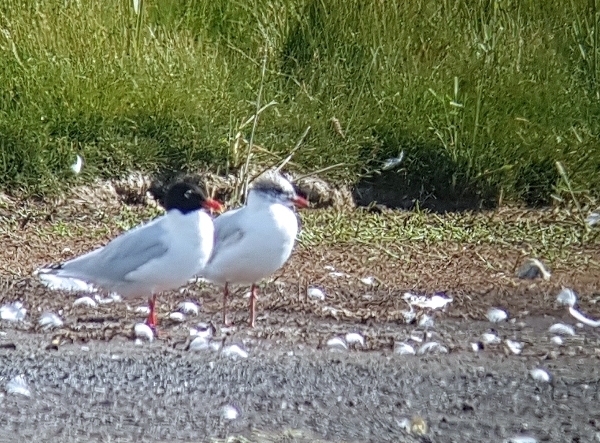 I got them all except the Harrier and I was half expecting a few more waders but none were there, a bonus was a calling Water Rail as I made my way back to the car and this beautiful Greenfinch. 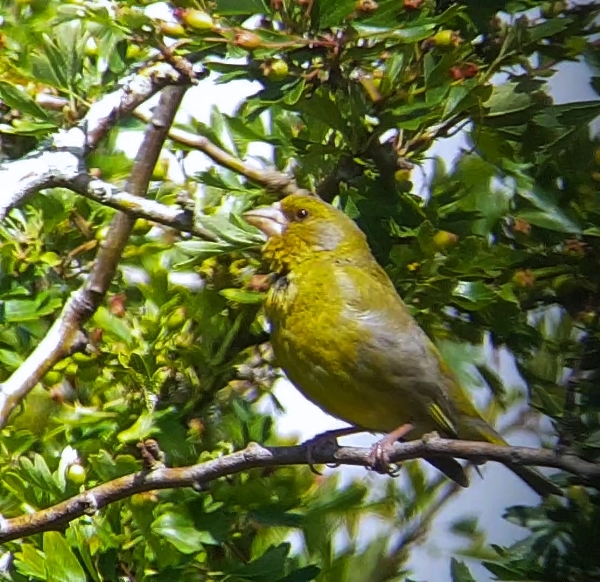 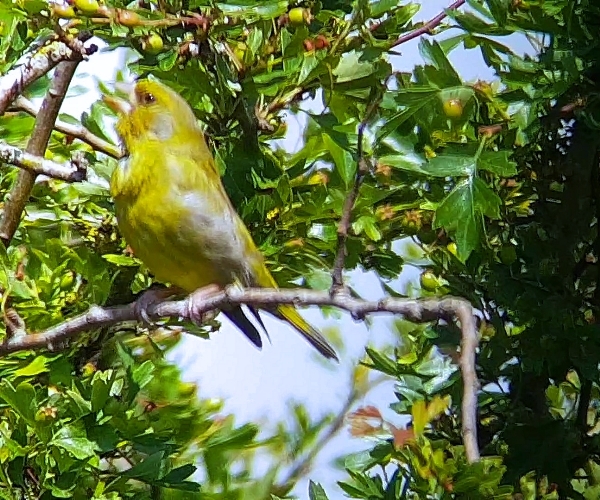 Quite a few butterflies appeared during my morning walks, however the only new species for the year list was a Painted Lady and that one did not hang around to have its picture taken. 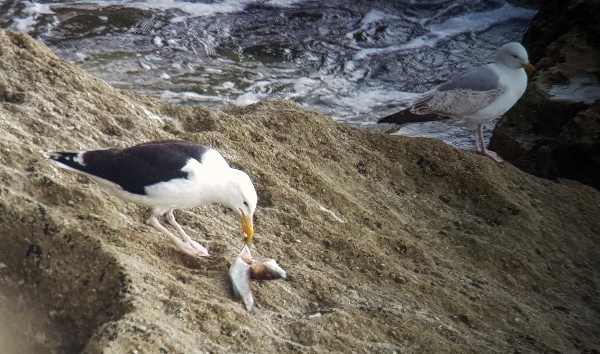 Great Black-backed Gull with breakfast, the much small Herring Gull stands little chance of nicking anything

I was all done buy 10am and got back home just before 11am. My June list has been boosted by this visit and now stands at 95 species.