Our last full day was both frustrating and exciting as we tried to clear up a few gaps in our species list..........

Today was another day of mixed fortunes with some success and some ‘dipping’, nevertheless it was a beautiful, cloudless day but rather hot in the afternoon reaching 36C!!

After a false start – when David told us he had forgotten his ‘bins’ 20 minutes into our journey – we eventually set off for a site in the Alcornocales National Park near Medina Sidonia. Along the way we stopped at a site near the Montenmedio Golf Complex to search for an Eagle Owl, this was our third attempt and still the bird failed to turn up. However a stop at the entrance to the golf complex produced a number of species including: Wryneck, Pied Flycatcher, Siskin and several common birds. 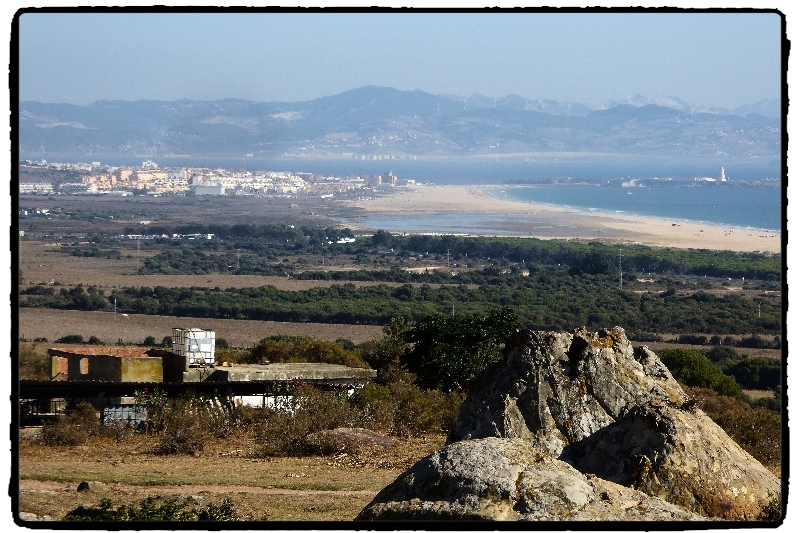 So we continued on to Vejer then we turned towards Medina, we drove through some lovely countryside and noted several raptors on pylons, nothing new but a good variety of species. We reached our destination on the edge of the Alcornocales Natuonal Park around 11:30am and spent the next two hours staring into the sky for WHITE-RUMPED SWIFT. We knew that these birds were breeding under a few of the bridges along the A381 and we found several likely nests but our search failed to find the birds. We saw plenty of raptor movement with lots of Griffon & Egyptian Vultures, Booted & Short-toed Eagles, Honey & Common Buzzards, Eurasian Kestrel and Eurasian Sparrowhawk. We also saw Black Storks, Bee-eaters and lots of hirundines especially Red-rumped Swallows.

We ate our picnic lunch before making our way back towards the coast, we drove back via the scenic route and passed the Presa (dam) Barbate where a huge reservoir held a few ducks, herons and egrets. But it wasn’t until we reached the Benalup track at the southern side of La Janda that birds were seen in good numbers. A huge flock of over 200 Glossy Ibis mixed with dozens of Little & Cattle Egrets and countless White Storks. Seven Gadwall flew up from a lagoon, we also found Green Sandpiper, Little Ringed Plover, Black-winged Stilts and a single Eurasian Spoonbill. 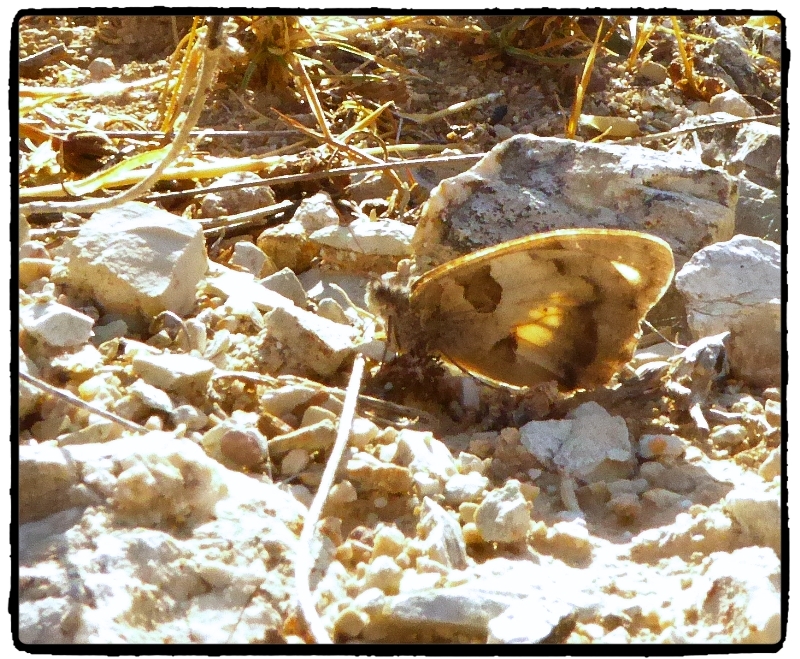 As we drove onto La Janda we stopped to look at the roosting Red-necked Nightjar site, three birds were still present and one of them gave us great views. We saw several Montagu’s Harriers and even more Marsh Harriers, but the best sightings were of Black-winged Kites. Three birds were in view and two of them displayed their delicate hover-and-glide hunting technique, they were a joy to watch.

Masses of White Storks circled high above us, so high that they disappeared from sight, amazing. We drove the central track stopping and searching for two birds that has eluded us so far, Purple Heron and Calandra Lark. We never saw either but Montagu’s Harriers came very close to the van and plenty of other species were around.

We left La Janda at 5pm and drove into Tarifa for one last search for the Common Bubuls, at last they were present. We heard them as soon as we got out of the car, but afterv30 minutes of searching the tree canopy we failed to see one, how frustrating, the birds failed to show but called loudly as if mocking us. 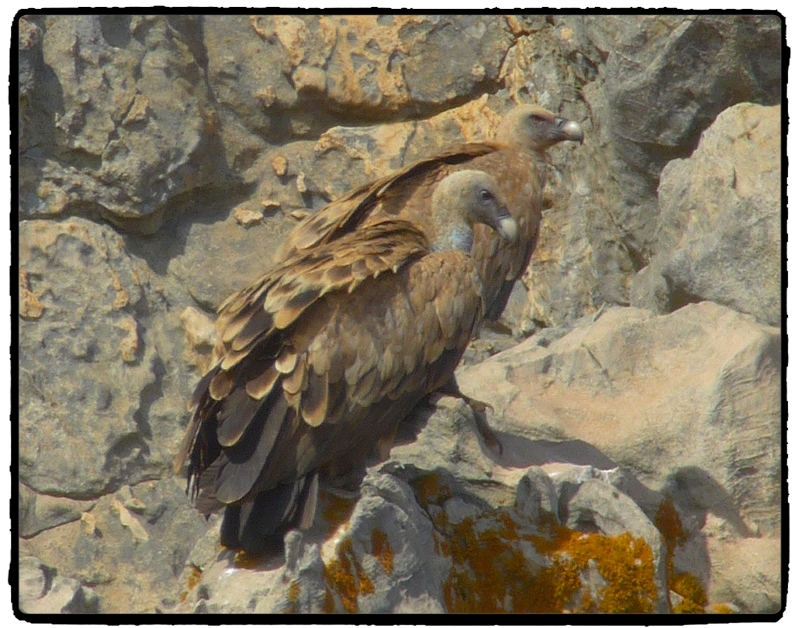 GRIFFON VULTURE - NEVER SEEN ONE WITH A BLUE THROAT PATCH BEFORE

Well that concluded our birding trip as we have no time tomorrow we have to drive directly to Malaga in the dark of the early morning. We had seen 162 species and heard another 4, this is a very good list for this particular trip even though several common species failed to turn up!

David and Martin both thought that the views of the Nightjars were the best of the trip and I opted for the Little Swifts.