We certainly filled the day today, starting early at Algorrobo and ending up in Barbate late afternoon. The raptor passage at Algorrobo was very slow, we arrived at 8:30 and hardly saw a raptor for the first hour. Things finally got moving and we enjoyed a few small ’kettles’ of Honey Buzzards, Booted Eagles, Short-toed Eagles and Black Kites. A group of Griffon Vultures landed on a distant hill and they were joined by a couple of Egyptian Vultures. Lots of Eurasian Sparrowhawks went over us as did Marsh & a few Montagu’s Harriers. 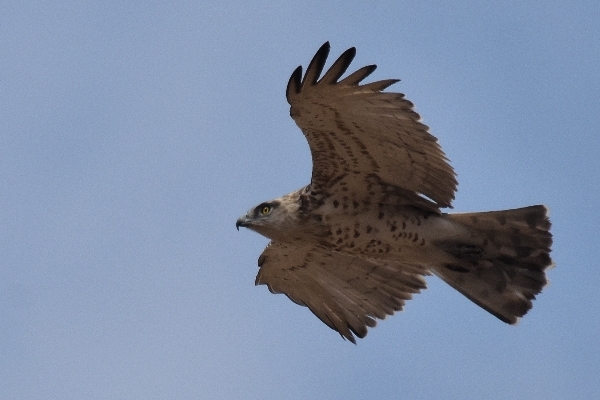 We stopped at a supermarket on the edge of Tarifa and from the car we saw a couple of hundred Black Kites with more Booted Eagles. We then continued to La Janda.

Taking the back-track to La Janda via Tahivilla we stopped to eat our picnic lunch whilst enjoying superb views of Montagu’s Harrier and Short-toed Eagles. We also saw a group of 6 Lesser Kestrels feeding over a field, a huge flock of 150 White Storks and several smaller flocks of Glossy Ibis. Corn Buntings, Stonechats and Zitting Cisticolas lined the fences and we had great views of 4 Turtle Doves. 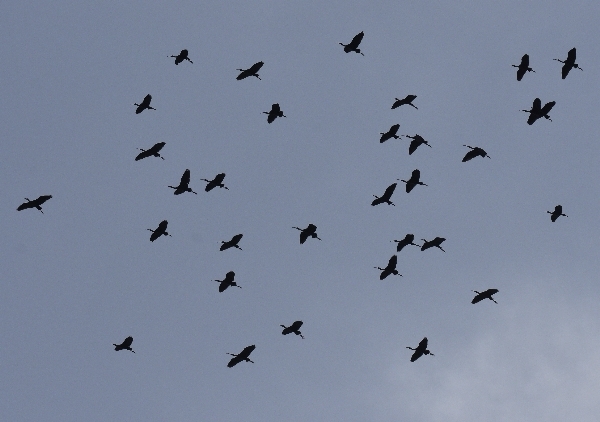 Along the bumpy back track to La Janda we stopped many times to watch both Montagu’s and Marsh Harriers also Common Buzzard but not much else. It wasn’t until we reached the Benalup junction that we got out of the bus. There we saw a large number of Glossy Ibis, a few Black-winged Stilts, a single Ruff and a fleeting view of Common Kingfisher.

Heading back onto La Janda we passed the ‘smelly farm’ and stopped to look at the roosting Red-necked Nightjars. We never had to search for them as a group of birders were already watching them! We listed Red-legged Partridge and Common Pheasant too. 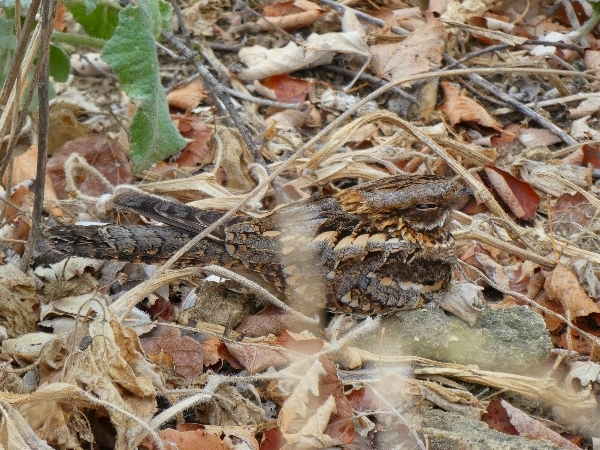 In the rice fields of La Janda we saw hundreds of White Storks and even more Glossy Ibis, we added Eurasian Coot, European Bee-eater and Woodchat Shrike to the list before we left.

At Barca we stopped for coffee where a Willow Warbler was found before we resumed our journey to Barbate. We stopped first at the River Barbate just by the main bridge on the coast road. The tide was low and many birds were spread across the exposed mud-flats. 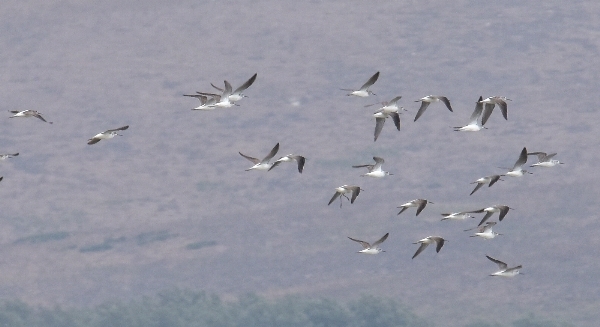 On the edge of the marshes we found 3 BALD IBIS feeding in one of the cow paddocks with a few Yellow Wagtails and some very large bulls! The group were made up after that sighting. 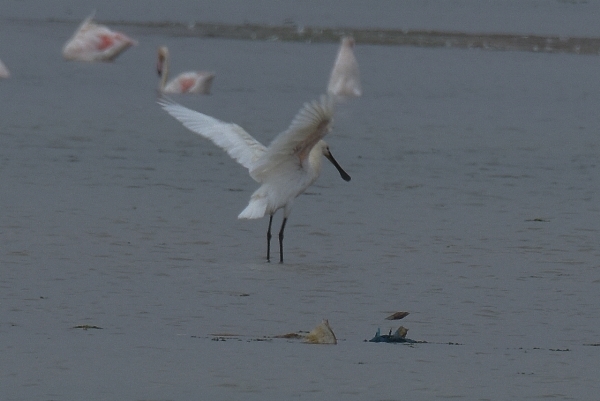 Eurasian Spoonbill and the Bald Ibis - taken by Richard Pettett

The marshes were excellent too, thousands of gulls were spread over a very area.  Our sighting’s highlights were hundreds of Audouin’s Gulls, Greater Flamingos, Eurasian Spoonbills, half a dozen Stone Curlews, a few Black-tailed Godwits and many Sanderlings, Dunlin, Ringed and Kentish Plovers. 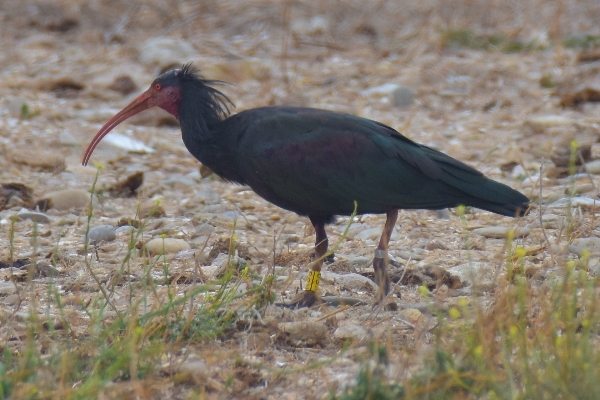 It was now getting late so we decided to call it a day and one last sighting was of juvenile Little Owl sitting out on a rock, a lovely bird to finish a lovely day.