FROM LODMOOR TO PORTLAND HARBOUR AND BACK

WEATHER:  a lovely sunny day, with a cool breeze. top temperature when sheltered from the wind, 16C.

Dawn and I made a late start and arrived in Weymouth by car at 11am!!!  We parked next to Lodmoor RSPB reserve and walked the reserve track to the sea-front. We stopped to scan the open pools and reedbeds where we saw a good numnber of species. 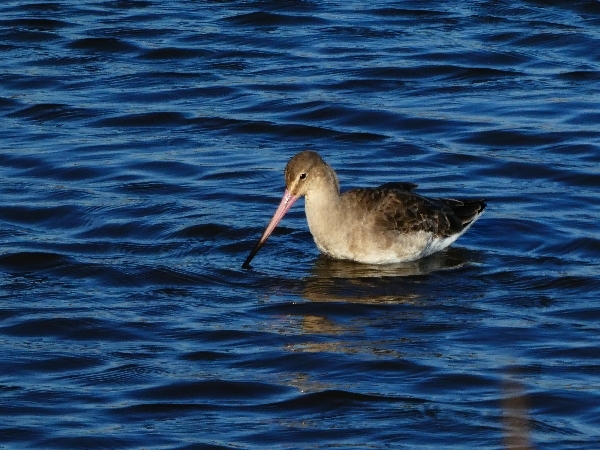 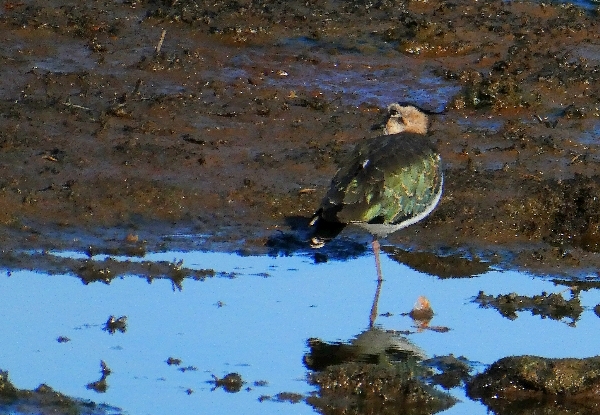 The most noteable wader was of course the winter 'resident'  Lesser Yellowlegs which, if it is the same bird, is making this its' second winter at Lodmoor. It showed briefly and too far away for a photo. We also noted plenty of black-tailed Godwits, Lapwings, a Great White Egret, Little Egret, Greenshank, Redshank and plenty of Teal in with the Mallards and Gadwall. A Water Rail called as we walked past the reeds. 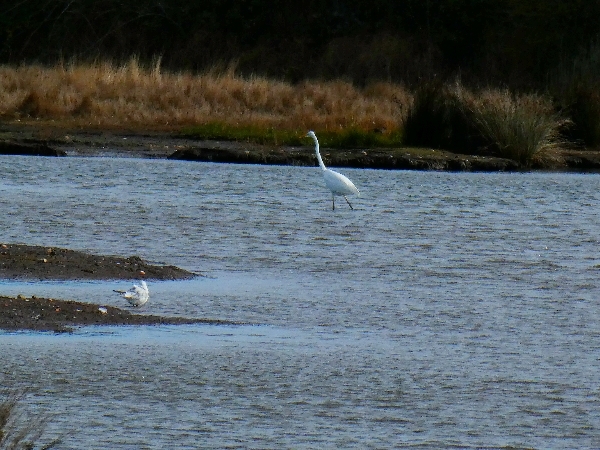 The Great White Egret was a little distant

Our walk took us along the complete length of Weymouth's promenade and into the centre of town. We stopped for a cuppa about an hour into our journey. 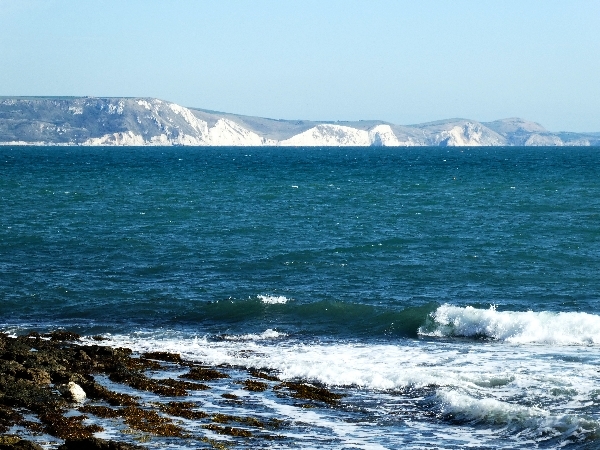 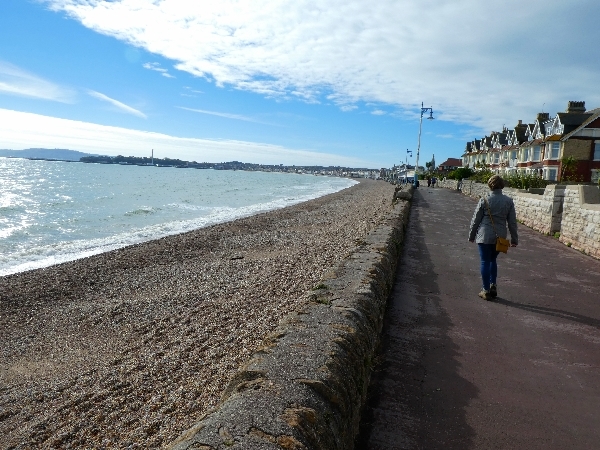 looking westward toward Weymouth, you can see Portland in the far left of the picture.

From the marina/quay we climbed up to the Nothe Fort and found some shelter from the chilly wind. We found a Black Redstart on the rocks below the fort. After eating our picnic lunch in the beautiful parkland around the fort we continued to Portland Harbour.

The only birds of note in and around the harbour was a flock of 16 Grey Herons, a Rock Pipit and a flock of Goldfinches. 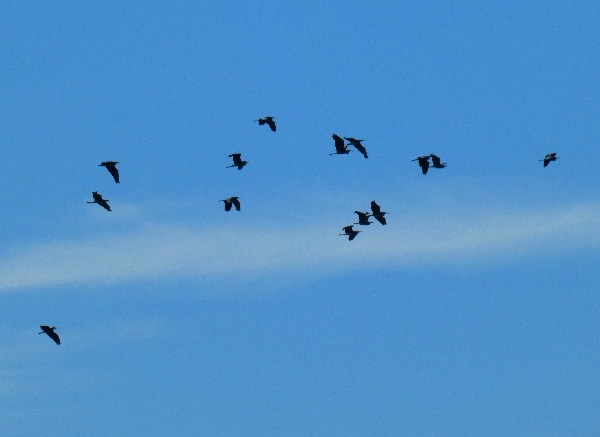 Fourteen of the sixteen Grey Herons that flew over us

We retraced our steps all the way back to Lodmoor where quite a few 'birders' had gathered around the pools in the hope of getting a good photograph of the Yellowlegs in the superb afternoon sunshine. Unfortunately the bird was not showing, we waited for half-an-hour before we left for home. We added Dunlin to our meagre waders list and both Kerstrel and Sparrowhawk to our raptor list, just before we left. 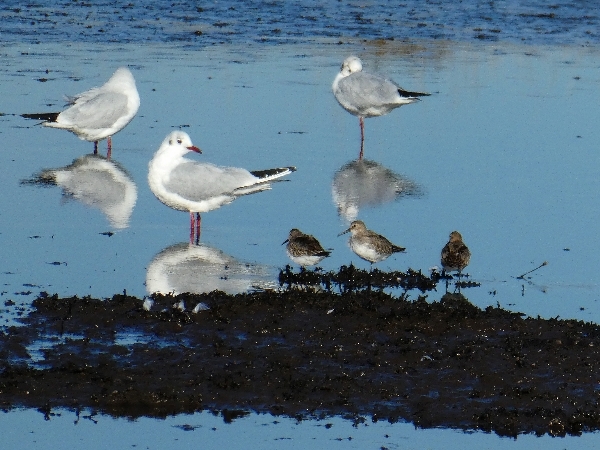