A DAY OUT IN SPAIN

Well, this is my first blog for a long time and in fact, my first outing for a long time. We arrived in Spain on July 30th but since then we have worked continuously, day after day, on the house. Trying to get it up to scratch for sale, it had been neglected these past 2 ½ years.

Today we had a day off from our household chores and went down to the river Guadiaro to sit under our favourite tree and watch the world go by. It was 11am when we got there, it was already quite warm and everywhere was bone dry except the river of course. 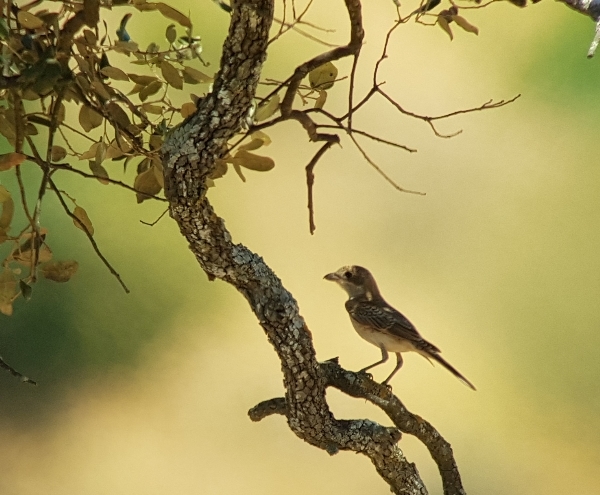 a juvenile Woodchat Shrike as shown in  the banner picture 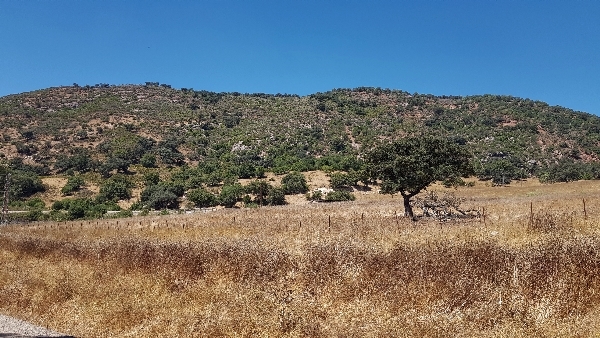 you can see how dry the landscape is here in Spain

We got settled under the tree and almost immediately a group of some 20 bee-eaters came down to the river for a dip. It was amazing to see and hear them again but trying to capture them on camera as they dropped into the water was beyond my capabilities! 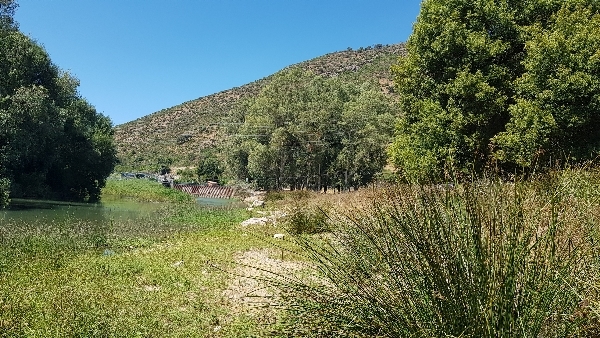 Our view of the river 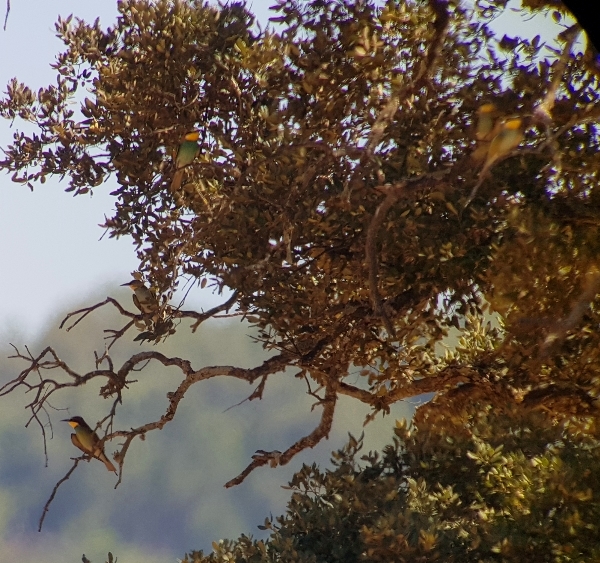 A Booted Eagle called continuously from the eucalyptus trees on the far bank, it was obviously a juvenile calling to be fed, it never shut up all day!! I did glance over the near hills and saw at least three more Booted Eagles and a Short-toed Eagle sat on a telegraph pole. 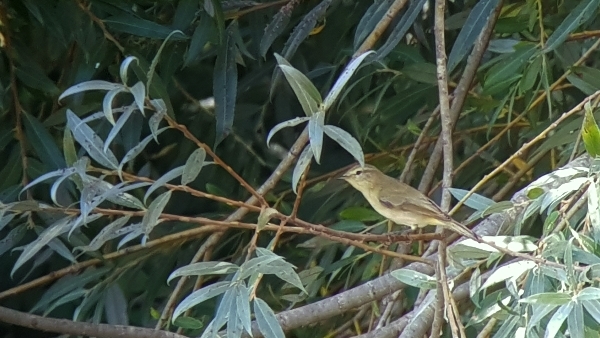 Willow Warbler were very common in the riverside scrub, I must have seen a couple of dozen

Very few flowers were in flower and so very few butterflies were on the wing, I did see the odd Clouded Yellow, a Wall Brown and several African Grass Blues, but that was it. 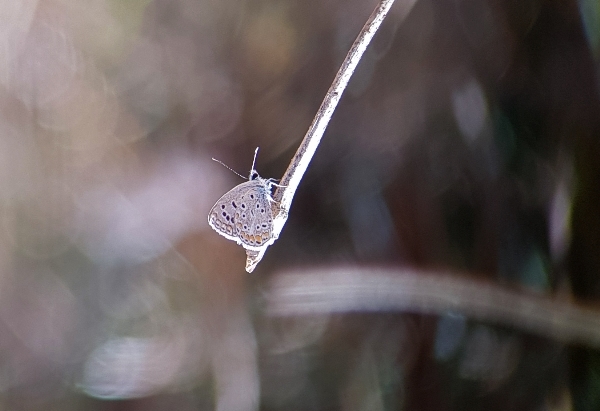 A few dragonflies flitted about along the edge of the water, I saw female Lesser Emperor, Epaulet Skimmer and Broad Scarlet. In the dry grass there was hundreds of White Featherleg Damselflies,’dancing’ about as they performed their bouncing flight action. 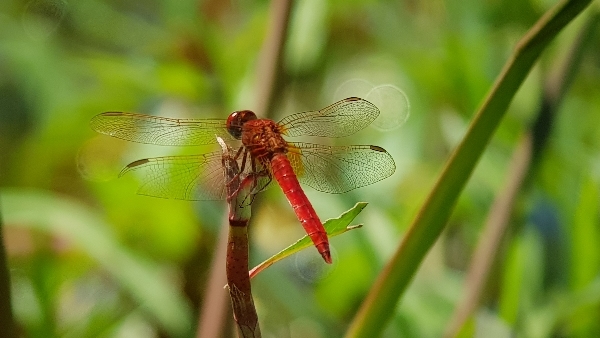 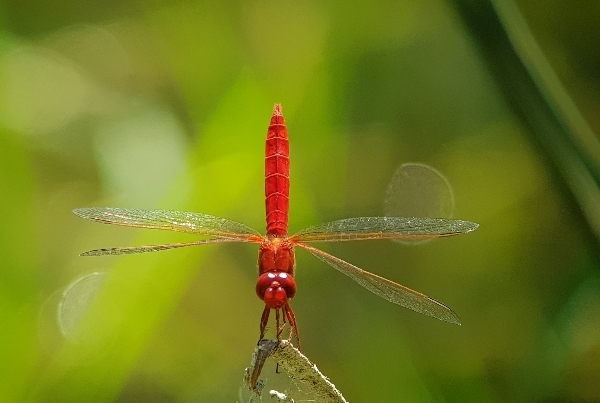 in the obilisk position

The afternoon drifted by and a trickle of species passed through our window-view of the river from below the foilage of the tree. We saw several warblers: Willow Warbler, Chiffchaff sp. Blackcap, Cetti’s Warbler and Bonelli’s Warbler. Kingfishers flashed by several times, a Turtle Dove came to drink but stayed for a millisecond. Both Grey and White Wagtails worked the banks and rocky outcrops whilst Goldfinches, Greenfinches, House and Rock Sparrows came down to drink on the far bank. A pair of Zitting Cisticolas was a nice surprise and a first for me at this spot! 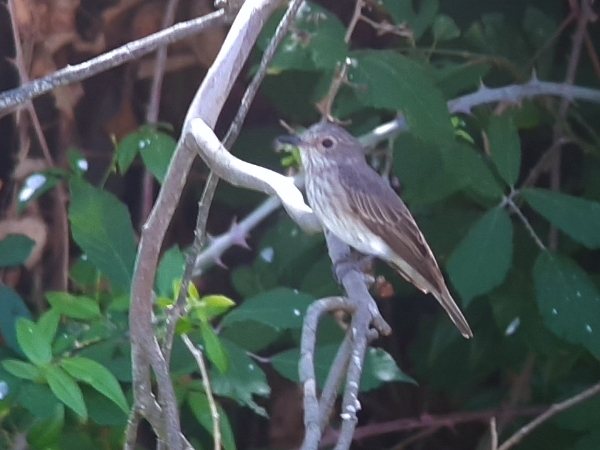 heavily cropped and a bit of heat quiver, Spotted Flycatcher

Other species see during our 6-hour stay included: Robin, Blue Tit, Blackbird, Short-toed Treecreeper, Woodchat Shrike, Grey Heron, Common Stonechat, Spotted Flycatcher and Wood Pigeon. A steady stream of House Martins, Barn and Red-rumped Swallows swooped down for a drink, sometimes there was a great flurry of them with flocks of 20-30 birds, mostly House Martins. 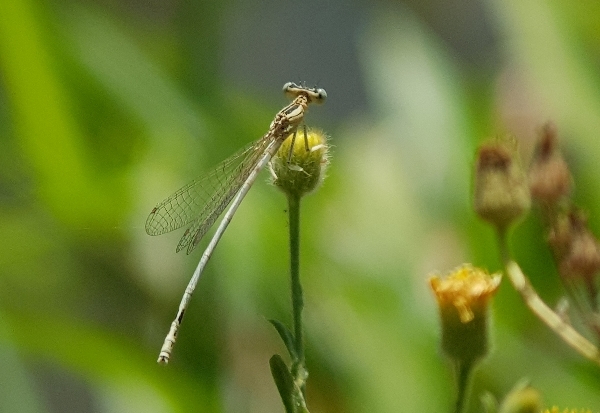 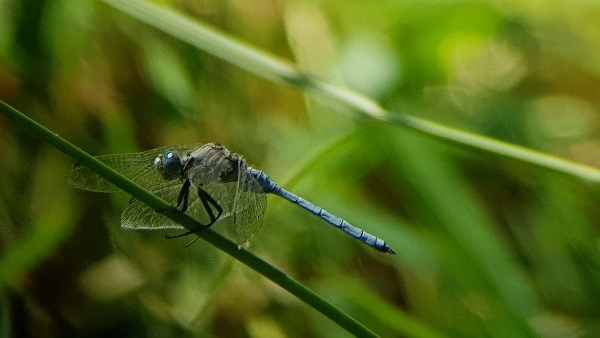 We left around five with temperature standing at 35C!