Reports of, not one, but two Pallas's Warblers, showing well with a supporting cast of Yellow-browed Warbler and several Firecrests prompted a lunchtime visit to Durlston Country Park on the west side of Swanage. Dawn came with me just for the ride and a promised walk along the beautiful coastline. 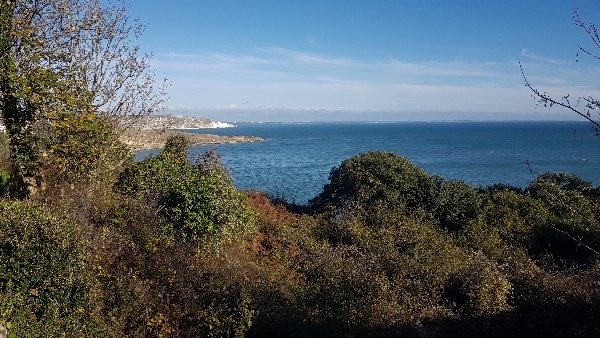 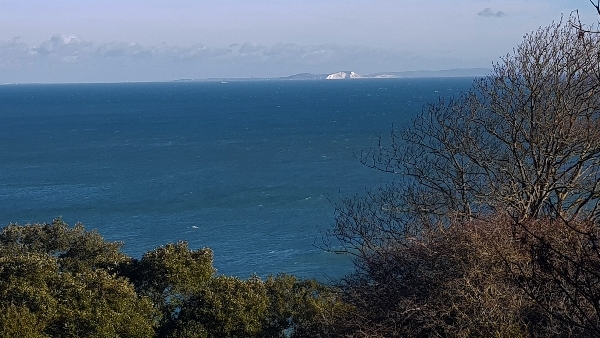 The Isle of Wight, from the Pallas's Warbler stake-out, Durlston Country Park

We arrived around 11:30am and promptly found the viewing spot where a number of birders were gathered. The bird had not shown yet, in fact only a couple of people had actually seen any birds at all. An early flurry of Goldcrests, two Firecrests and flock of Long-tailed Tits were seen just after dawn.

We waited two hours, nothing showed, Dawn wandered off to the cafe in the Castle and brought out a coffee for me, bless! We then walked down the slope to stand in the sunshine for a while before I went back to stand around for a little while longer at the Pallas's site.

A few Redwings joined Blackbirds and Song Thrushes feeding on sloe berries, a Goldcrest came extremely close and Robins, Wrens, Dunnocks flitted about, but there was no sign of any Warblers. 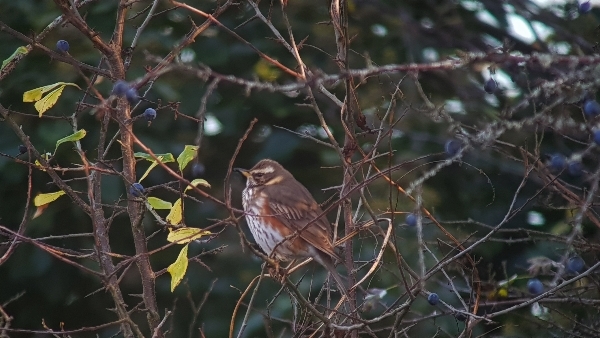 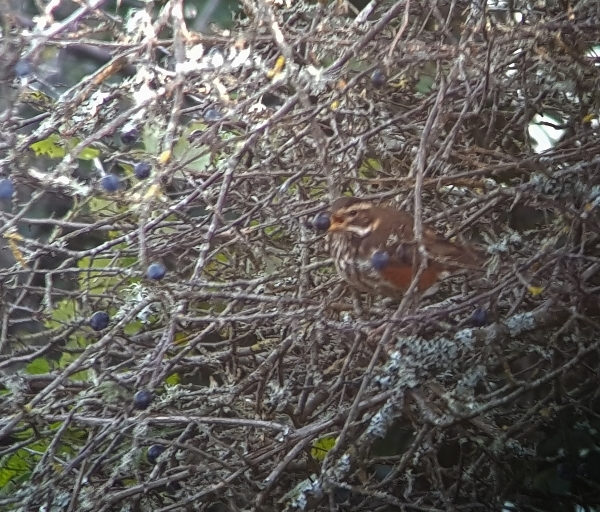 We sat in the cafe for lunch, a very expensive panini, Dawn wasn't happy. I spent another 30 minutes at the view-point, nothing was showing and so we left and drove down into Swanange for a walk. 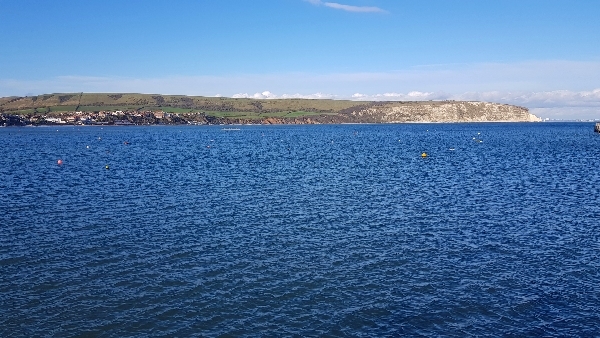 the Bay at Swanage

We spent the rest of the afternoon walking the entire length of the Bay from west to east and back again, clocking up 10, 000 steps, we got back to the car just as it started to rain. Our dip was over.

A Red-necked Phalarope had been seen yesterday on the pools at Lodmoor (originally identified as a Grey Phalarope), It was reported again this morning so I decided to go after lunch when Dawn returned from shopping with the car. Guy was working until 1:40pm so, I waited for him to join me, we set off just after 2pm. 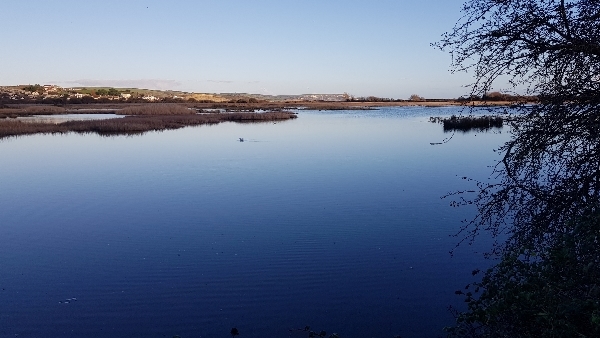 There had been no negative or positive reports of the bird since 11:30, so we assumed that it was still present! Only to find on arrival. that it had, in fact, not been seen since 11:300am when it flew off and no-one knew where it went!

We walked the entire circuitous path from Beachdown Way in an anit-clockwise direction keeping the sunshine behind us until the last stretch. It was beautiful out there, lovely afternoon sunshine brought out the autumnal colours. We searched every visible pool but the Phalarope had gone!! 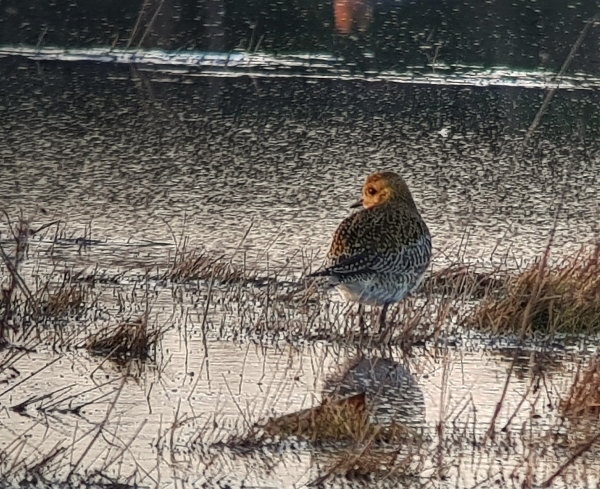 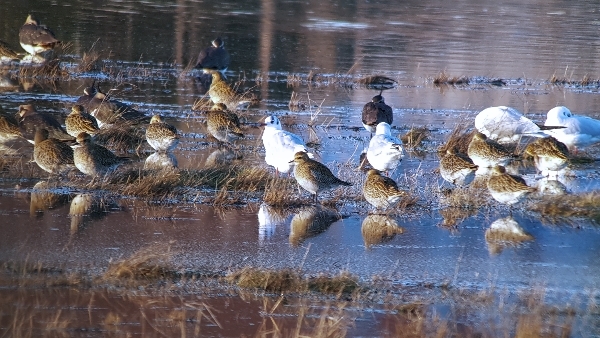 We saw all the usual suspects, nothing to write home about except for the two Marsh Harriers and a nice flock of some 20+ Golden Plover. Lots of Common Snipe were visible, we saw Black-tailed Godwit, Dunlin and dozens of Lapwings. No Egrets were visible which was unusual for Lodmoor. We left as it got dark around 4pm. So ends two days of dipping, such fun!!

Some colourful gardens birds cheered me up as I waited for Guy to arrive this afternoon: 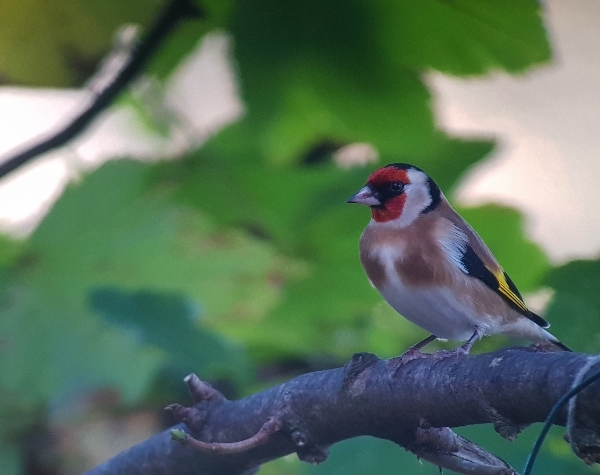 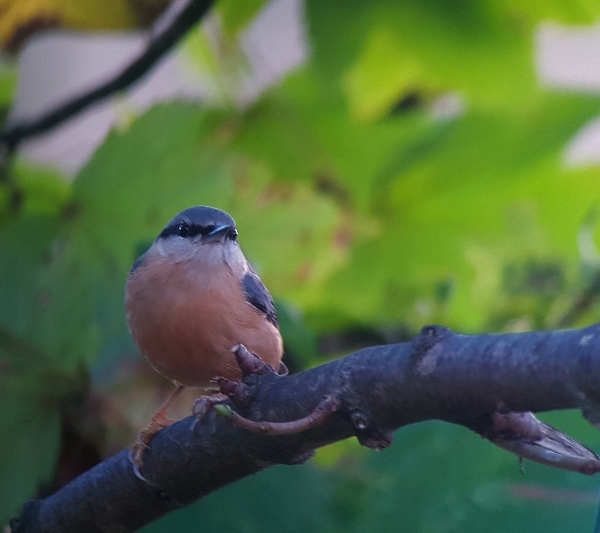 Whilst watching this handsome Nuthatch at my feeder I also saw Treecreeper, Great Spotted Woodpecker, Blue, Great and Coal Tits. 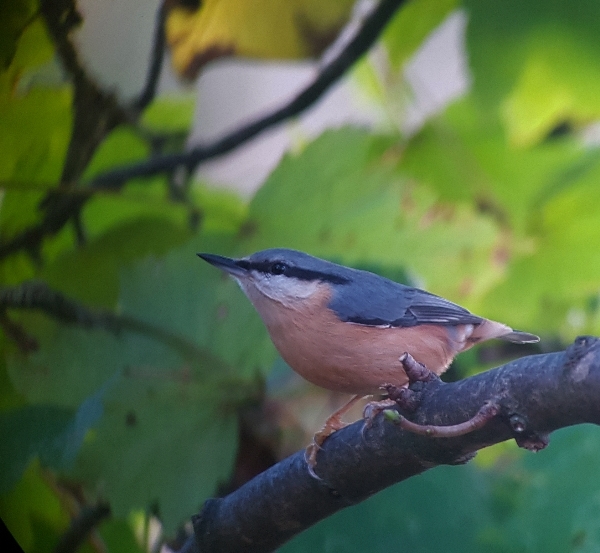