A beautiful clear morning with a light westerly wind produced great light and plenty of sightings down at the coast..........

It was a very early start for me today, I was up and out at 6am, it was pitch-black as I drove Dan and Gail to the bus station at Estepona. Dan and Gail, are our friends from Cairns, Australia and had been with us for a few days but now were continuing their European Tour.

After I left them at the bus station I drove to Casares to collect John Hale before driving directly to Palmones for a morning's wader watch. This was to be our first Autumnal outing to look for migrating waders and raptors. It was just getting light at 7:30am as we left Casares.

By 8:30am the morning had developed into  perfect 'birding' conditions, the light was exquisite. We spent a long time just strolling along the promenade, moving from bench to bench (John loves to sit and scan through wader habitat, come to think of it, so do I)  slowly scanning the marsh and the muddy banks of the Rio Palmones. It was a rising tide which had bottomed out at 6:30am so we had a few hours before high tide. 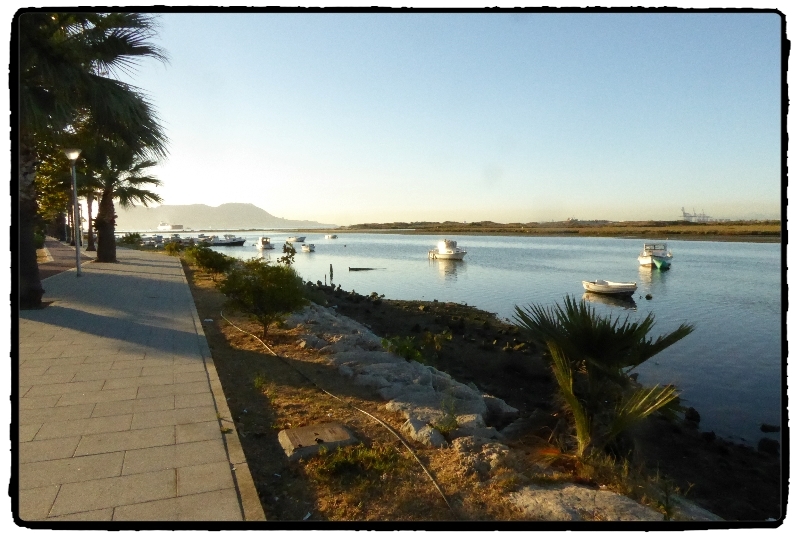 We quickly found a number of wading species, not in high numbers but a good variety: Redshank, Greenshank, Curlew Sandpiper, Dunlin (still in summer plumage), Ringed Plover and Common Sandpiper were the first on the list. Both Little and Cattle Egrets fed on the mud (we had noted several small flocks of the latter leaving roost-sites as we passed Soto Grande on the way), a flock of 12 White Storks and 11 Grey Herons 'loafed' on the salt marsh. 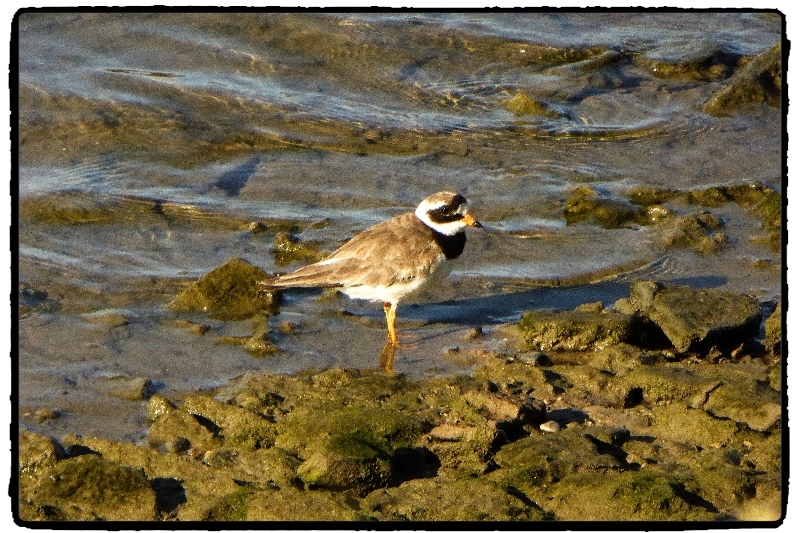 Further down river towards the mouth we noted over 60 Ringed Plovers, a few Kentish Plovers (8), a single Grey Plover and 11 Sandering. More Greenshanks and Redshanks appeared and several sightings of both Common Kingfisher and Zitting Cisticola were had. A single Oystercatcher fed on an exposed mussel-bed. 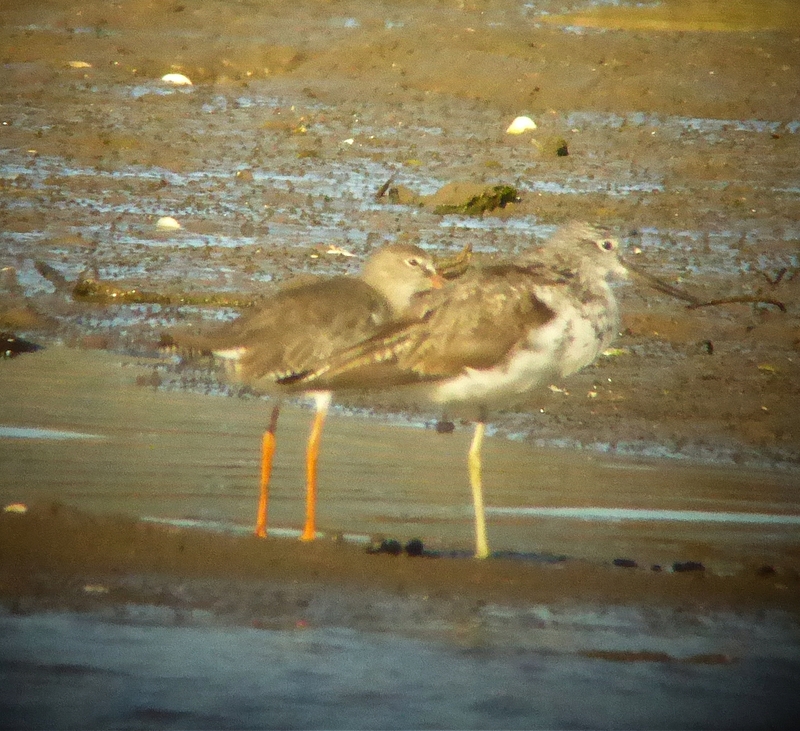 TWO-SHANKS    RED AND GREEN  - a good shot for comparison purposes

A flock of Sandwich Terns were noted in the distance and a single Gull-billed Tern flew upriver, Yellow-legged, Black-headed and a single Mediterranean Gull concluded our sightings on this eastern side of the marsh. 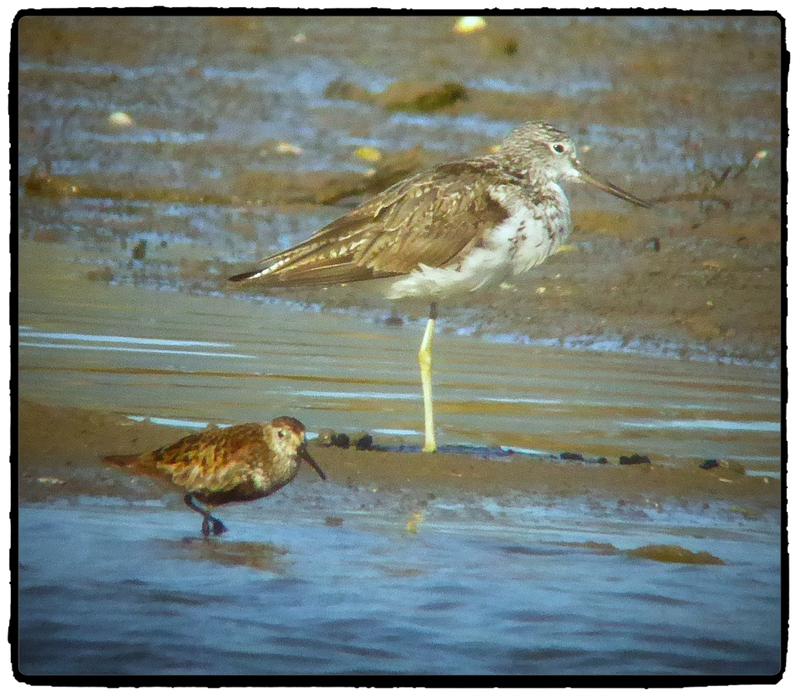 After a picnic breakfast (supplied by John) we set off to the western marshes to where a raised hide sits in a local Municiple Park and gives panoramic views of the salt marsh. From the hide we added Black-winged Stilt, Whimbrel and a single Eurasian Spoonbill. We also logged a probable but very distant Slender-billed Gull.

Raptor sighting were few and far between, a single Marsh Harrier, Common Buzzard and a couple of Griffon Vultures was all we saw.

By 11:30am it was getting very hot and the tide was almost at its highest point, the White Storks took off and caught a thermal over the marsh rising very high before drifting south. The thermals in hide were also rising so we too took off and headed for home.