Dawn and I made a short visit to Ham Wall RSPB Reserve on the Somerset Levels. We made a late start and arrived around 9:30am. Dawn wanted a short walk to get some fresh air after being cooped up at home with a nasty cough and cold (not Covid) for the last 7 days.

We were encouraged as we walked to the volunteer staff manning the reception booth in the car park. They told us that my target species the RING-NECKED DUCK had been seen recently from the Tor View Hide which was not too far to walk. 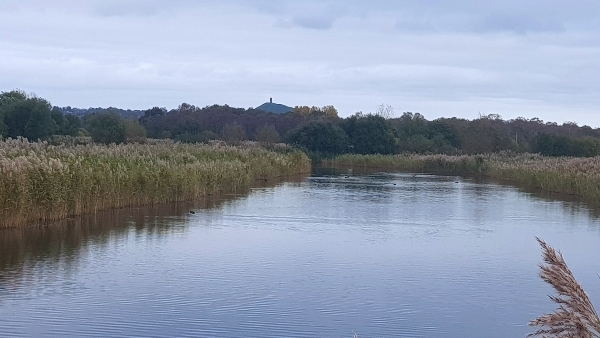 We saw very few birds as we walked along the main track to the Tor Hide area, Gadwall, Mallards, Teal, Coot, Moorhen, Great Crested Grebe and Mute Swans. Several Water rails called from the reeds and a single Cetti’s Warbler sang out from some distant bushes.

We settled down in the Tor Hide with a cool breeze hitting our faces, I knew my time there would be further limited because of that. A guy informed us that the birds (a pair of Ringed-necked Ducks) had been showing just five minutes before we arrived and had disappeared behind a bank of reeds, not the kind of news you want hear. 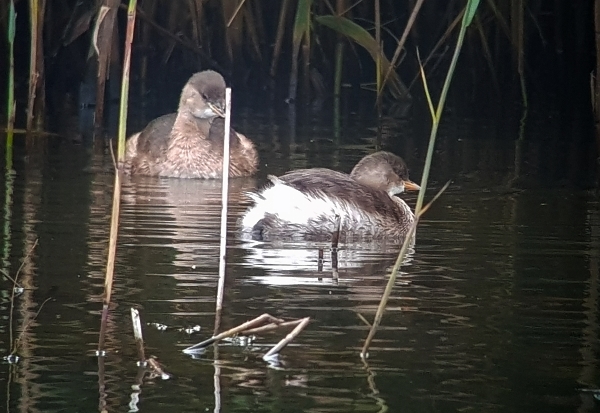 A wait of over an hour did not work, the birds never re-emerged into view, but we had a nice time there watching lots of other activity, plenty of Gadwall, Tufted Ducks, Shoveler, Great Egrets, Little Grebes and Teal were on show and there was always the chance of a Bittern flying over. We left just after an hour and walked back to the car, we were both feeling the cold and needed a hot drink. 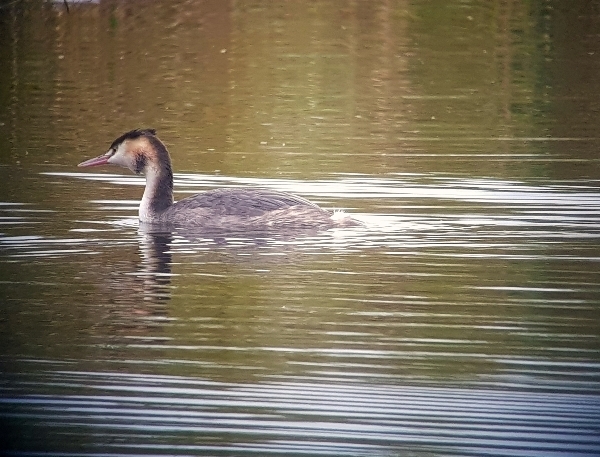 We drove round to Shapwick and sat on a bench outside the café at the Avalon Marshes Centre whilst we drank our hot drinks and ate our filled rolls. I watched both Redwings and Fieldfares flying over as well as small flocks of Chaffinches, Goldfinches and Starlings. We set off for home around 3pm. 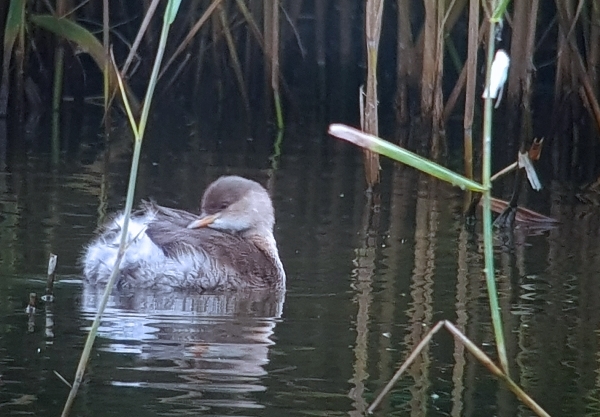 I went out for the day with Guy Campbell, he picked me up at 8am and we set for Portland hoping to catch up with some late migrants or some winter visitors to the area. Our first stop was at Maiden Castle, Dorchester. A Snow Bunting had been seen for the last two mornings feeding on seed in the entrance to a sunflower field which was being harvested. 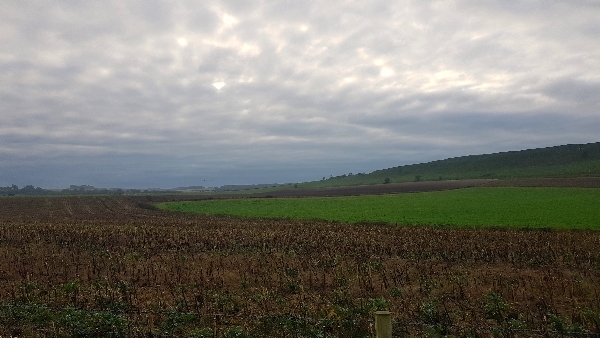 The harvested Sun Flower field, note the dull overcast sky, it did brighten up later

We parked nearby and walked back to the gateway where the bunting had been seen but there was no sign of the little blighter. However, there was plenty of other species in view, in fact thousands of birds were dotted all over the fields. A couple of thousand Wood Pigeons fed on a recently ploughed field with hundreds of Corvids (mainly Jackdaws and Rooks) whilst large flocks of Goldfinches, Linnets, Meadow Pipits and smaller numbers Skylarks flitted from field to field. A huge flock of Starlings swirled and whirled around as if they could make up their minds where to land. 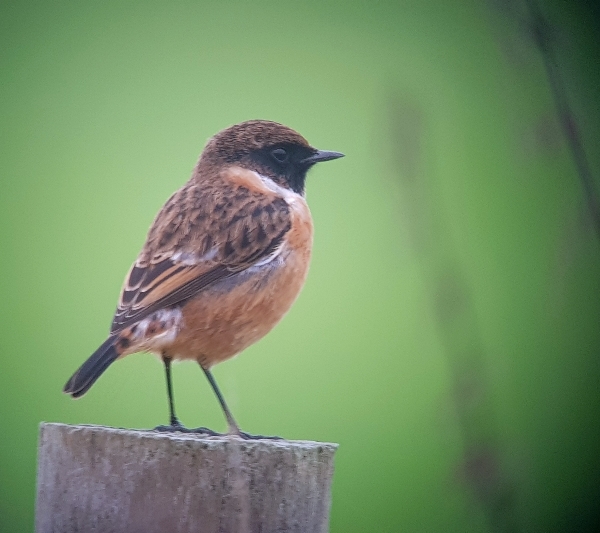 Guy then picked a few Corn Buntings along a fence line, they are always nice to find as they are now so scarce in the southwest of the UK. A Kestrel flew about and a couple of Common Buzzards sat lazily on fence posts. Walking around and scanning the fields we added a single Golden Plover to the list, why it was alone I haven’t a clue, perhaps injured? (apparently, there is a flock of 600+ in the area), we also picked out several Common Stonechats, some Pied Wagtails and a couple of Ravens. I haven’t mentioned gulls yet, there was probably a thousand gulls in the area, we saw a couple of flocks with several hundred birds, mostly Mediterranean Gulls, but also Black-headed, Common, Herring and Lesser Black-backed Gulls. 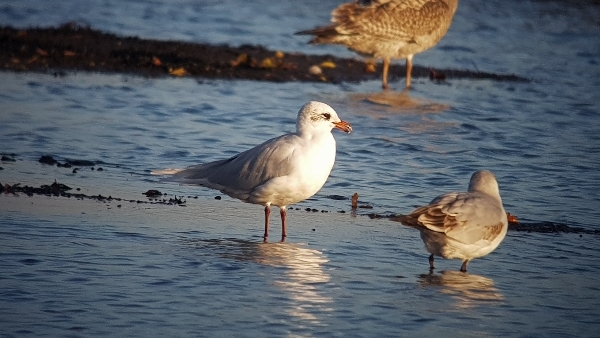 We knew that there had been a Great Northern Diver sighted in Portland Harbour yesterday so that was our next stop, we parked at the southern end of the harbour near Osprey Quay and scanned the water. A dozen or so of Red-breasted Mergansers were seen as well as Cormorants and Shags. Guy picked out the diver, it was just a dot in the scope but the profile was obviously that of a Great Northern Diver. 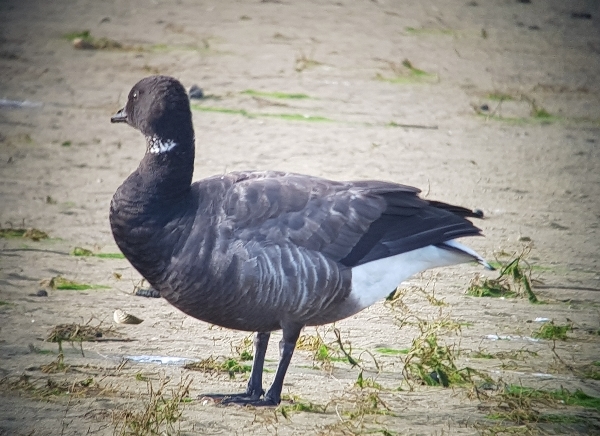 Portland was very quiet........ and talking of quiet,,,,,,,,,,we sat on the terrace at the Observatory just as 11am struck, we observed the 2 minutes silence of Armistice Day, it was relief for me to get Guy to shut up for two minutes, maybe they should call for a twenty minute silence next time!!

After a quick cuppa at the Obs, where we found out that we had just missed a Siberian Chiffchaff ‘in the hand’, we walked down to the east shore and made our way down to Portland Bill. Apart from many Rock Pipits, a few Gannets and lots of Auks flying by we saw very little. We searched the area for Black Redstarts, Purple Sandpipers and Snow Buntings and came up with nothing. Three Common Scoter flew past the Bill when we were back on the terrace. 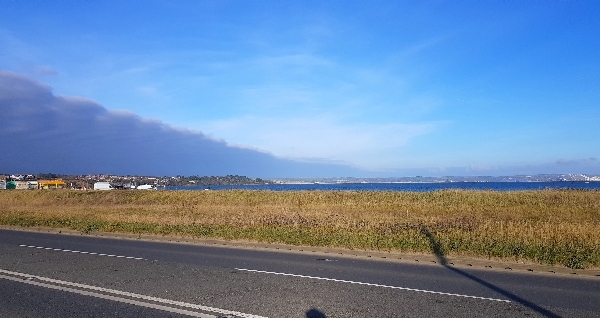 From the Obs we drove to Church Ope Cove, which was equally as bereft of birds as was Portland Bill, just a few common garden species were seen. So we headed back off Portland and stopped at Ferrybridge, the tide was on its way out and a sizable flock of Brent Geese were feeding on the exposed eel grass out on the shore. We scanned the flock for the odd one out, a Black Brant, which is the American version of the Brent Goose. Guy found it, we spent some time trying to photograph it but it was mobile in an ever-moving flock of 170 geese. 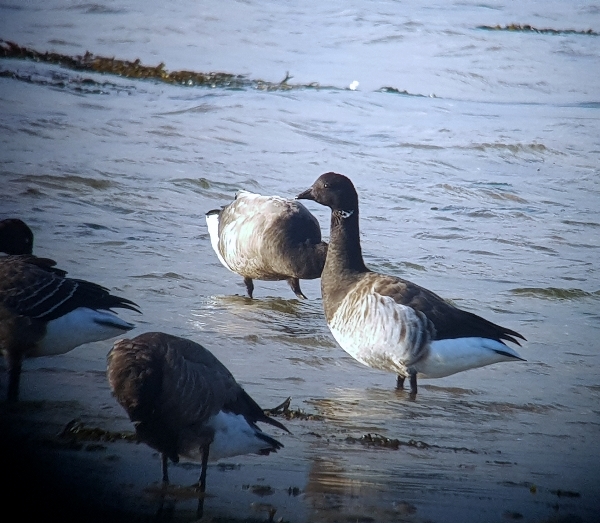 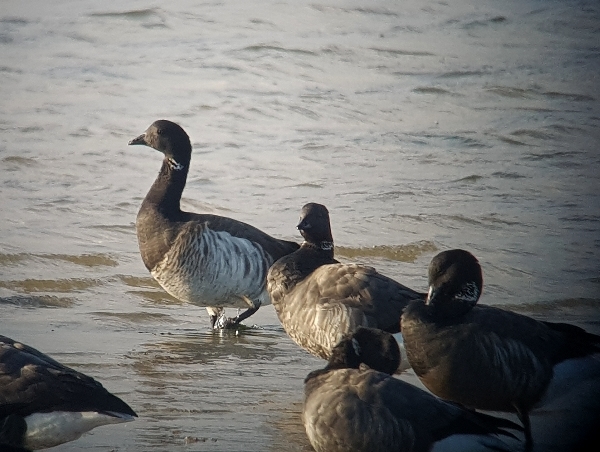 Guy then drove down the road a little way and park on the harbour side of the causeway at Billy Winter’s Café, I walked down there taking some better pictures of the geese. We also picked out more Mediterranean Gulls, four Bar-tailed Godwits and more Red-breasted Mergansers. From the Café car-park we scanned the harbour once again hoping for a closer view of the diver but it did not appear. 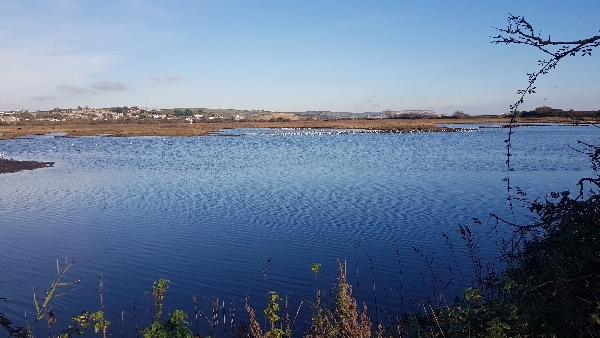 Lodmoor in the sunshine

Lastly we visited Lodmoor, we had beautiful sunshine a host of birds to look at. All the usual suspects were on show, Black-tailed Godwits, Common Snipe, Great and Little Egrets, Teal, Wigeon, Shoveler, but there was no sign of the Little Gull that had been reported this morning, frankly we didn’t expect to see 8 hours later!

Guy drove us home before it got dark, it had been a nice day out even if we didn’t see many of our target species.