A SUMMER'S DAY IN NOVEMBER?

A WALK FROM BEER TO BRANSCOMBE

Would you beleive it, we had a prefect day for nice walk along the coast and it was warm too! This nice spell during mid-November is unprecedented in meteorogical history and we took advantage of it.

We drove to Beer after collecting Celia, Dawn;s sister, in Hazelbury Plucknett. At Beer it was 10:40 when we parked to car in the high street car park and set off for the two mile walk west, to the smaller village of Branscombe. The first mile is all uphill, a gradual climb at times and steep in small sections, once at the top it levels out for about 1/2 mile and then a steep path drops you back down to the beach at Branscombe. 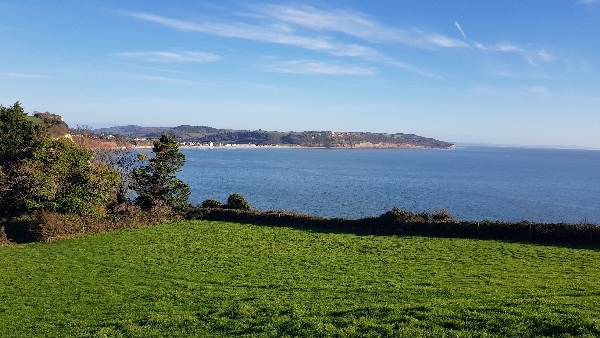 The view looking back towards Beer as we climbed to the top of the cliffs, you can see seaton in the distance 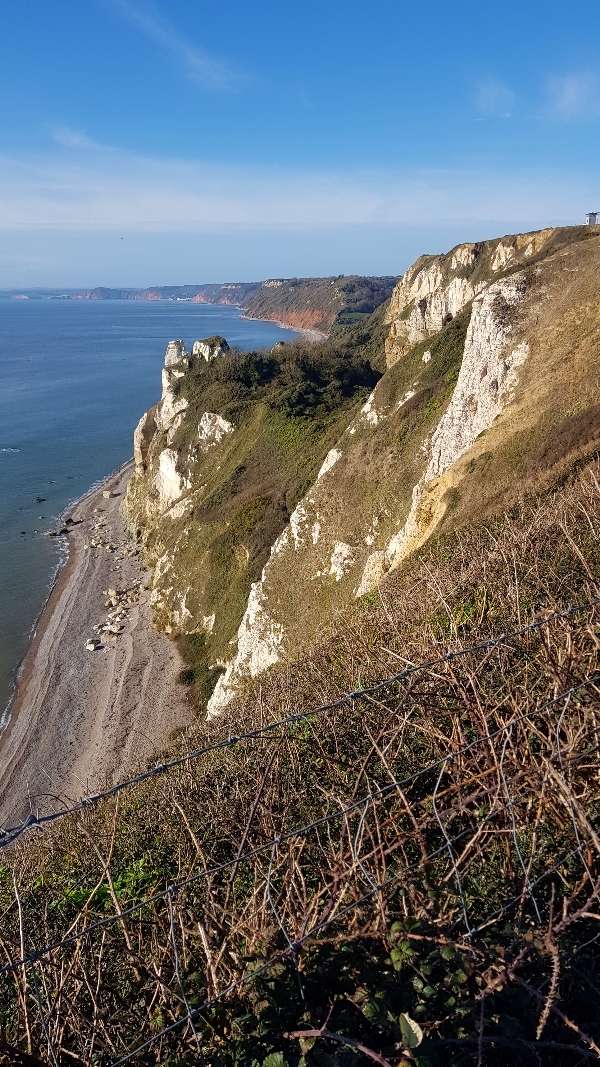 at the top of the cliffs looking west towwards Branscombe

I saw a Peregrine Falcon as we climbed up out of Beer, a apir of Ravens along the top of the cliffs, lots of Jackdaws, Rooks and Crows. Very few passerines were in the hedgerows, just Robins, Dunnocks and the odd Wren. In the fileds at the top there was Linnets, Goldfinches, Meadow Pipits and a few Skylarks and as we dropped down to Branscombe a pair of Common Buzzards cilrced on the thermals, yes thermals in November! 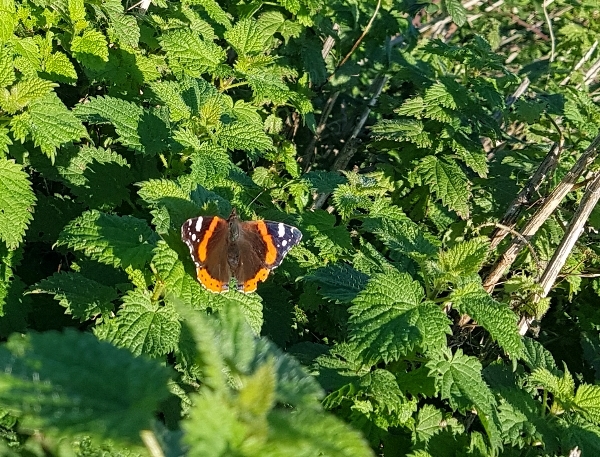 Many Red Admiral buterrflies were on the wing and I was hoping to see more species but I never did, not even a Hummingbird Hawk Moth.

We sat at a picnic bench and ate our lunch, drank a warm drink as it began to cloud over. The temperature dropped when the sun became hazy and the breeze off the sea became chilly. I kept looking at the hill we had to climb to get back to Beer, it sure was imposing! 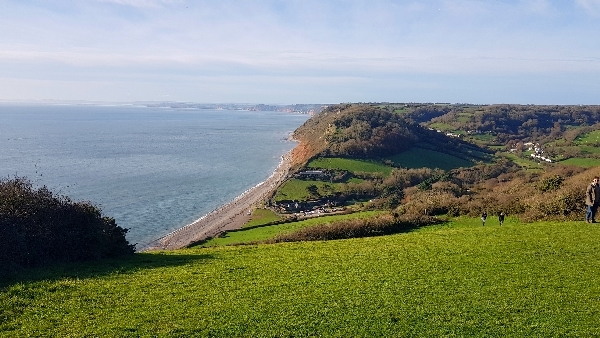 the view from the top of the hill at Branscombe 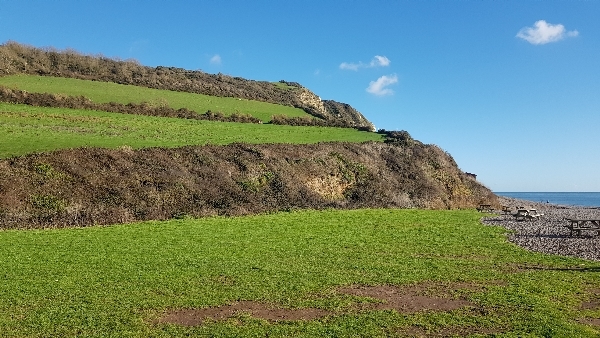 looking back up the hill from Branscombe beach

Dawn and Celia managed it OK I struggled up behind them, stopping many time to get my breath. We got to Beer around 3pm where tea/coffee and cake was enjoyed by all of us.