A VISIT TO SUTTON BINGHAM RESERVOIR

For the last two days there have been reports of the appearance of a Caspian Gull (Larus chachinnans) at Sutton Bingham Reservoir, this is a MEGA species for the reservoir, it has not been recorded there before, a  local 1st. So great excitement has ensued following the breaking news put out on our local WhatsApp Group by visiting Weymouth birder Dave Chown. 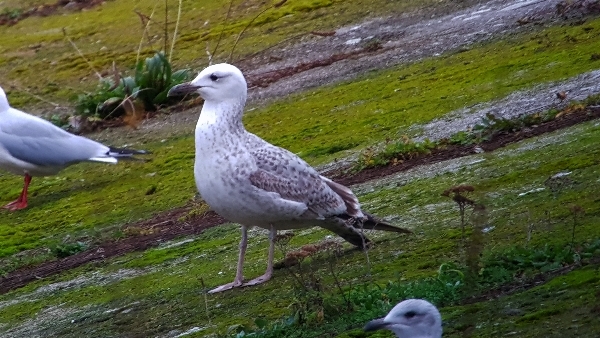 1st cycle Caspian Gull on the causeway at Sutton Bingham 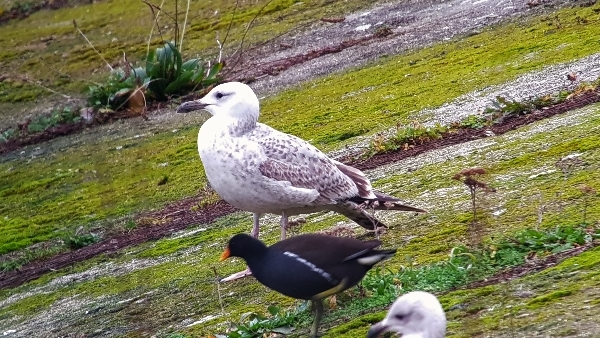 I have been birding away from Yeovil for the past two days and so had missed the Caspian Gull, but when the bird appeared again today, re-found by Tim Farr, I shot round there to add it to my Sutton Bingham list. 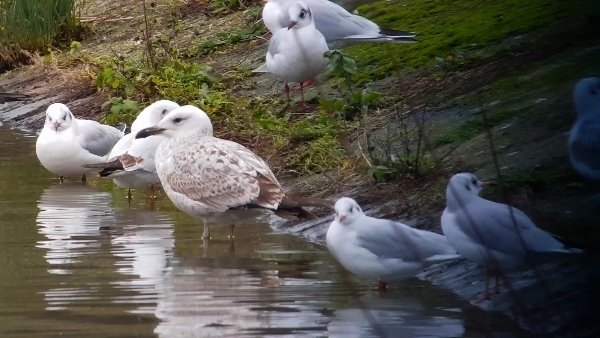 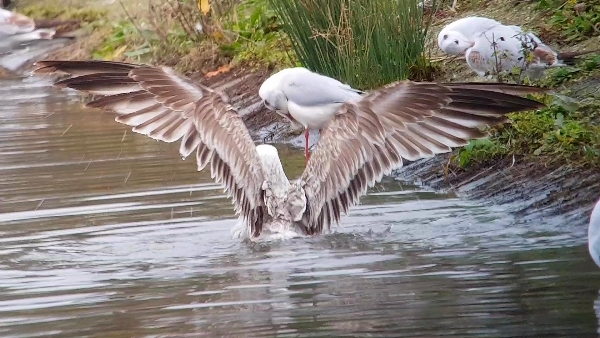 I had my fill of the bird which stayed in very close proximity to the main causeway and gave wonderful views as it bathed, swan about and walked onto the sloping concrete causeway.

Other birds in view included all the usual species and a good number of Wigeon but I could not find the wintering Common Sandpiper.

Back at home I watched the garden birds for a while and noticed a flock of fifteen Goldfinches land in my sycamore trees, some of them came down to the feeders. I scoped the remaining birds in the canopy of the trees and to my great delight there was two Siskins in with the Goldfinches, these represent my first "in the garden" Siskins of the year, unfortunately they all flew off before I could squeeze a few pictures off.