A WALK IN WEYMOUTH

It felt like a spring morning as we set off for a walk along the sea-front at Weymouth, misty at first but bright sunshine as soon as the mist had cleared. Dawn and I set off around 10am as we drove down to Weymouth, parking at the northern edge of Lodmoor Reserve. 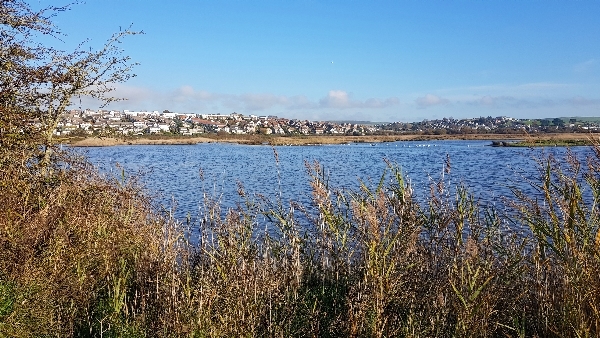 Lodmoor taken from the west track looking towards Beachdown Way

We walked along the west track to the beach area stopping many time to look at the pools of Lodmoor from various look-out points. We saw Cetti's Warbler along the first part of the track and a Common Chiffchaff.

Out on the marsh we watched two Marsh Harriers, both young female types and a large flock of Lapwings took to the air when the harriers flew over the pool areas. Just a single Black-tailed Godwit, a few Common Snipe and a couple of Dunlin was all the waders we saw. Lots of Med Gulls, Herring Gulls and Black-headed Gulls joined Common Sheldduck, Canada Geese, Mute Swans and a few Little Egrets out in the pools. Teal, Wigeon, Gadwall and Mallards made up the duck count and a couple of Little Grebes were in the main pool. 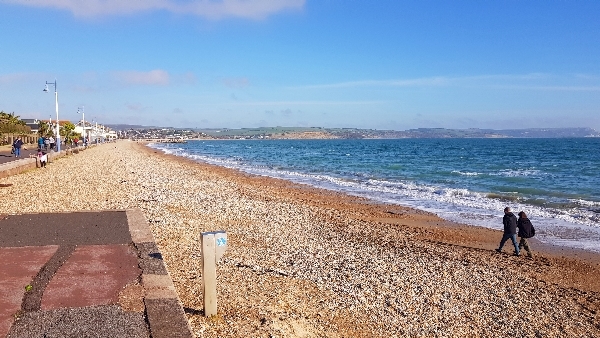 The best sighting was that of a BITTERN!! It was distant and in flight, but it stayed in view for quite a while as it made ts way all along the reedbed at Beachdown Way and finished up dropping down into the reeds near the beach-end of the central track. Wow! I wasn't expecting that and prolonged views too!

We talked to local Birder Brett, he had seen two Arctic Terns in the bay, A Merlin and a late Hobby over Lodmoor and he mentioned the Bittern, all seen earlier this morning. 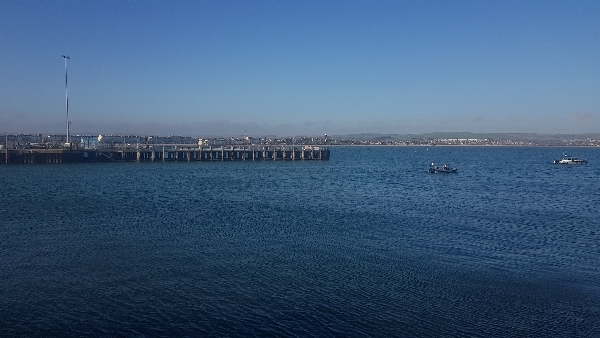 Dawn walked the socks off me, we went all along the sea-front to the Harbour where we sat and ate lunch (fish n' chips) then we walked over the harbour bridge and along to the west pier, right to the end. We saw Oystercatchers, I searched everywhere for 'terns' but didn't see one, I did see Cormorant, Shag, Rock Pipit and lots of very tame Ruddy Turnstones. I looked for Black Redstart on the rocks below The Nothe Fort without seeing one. 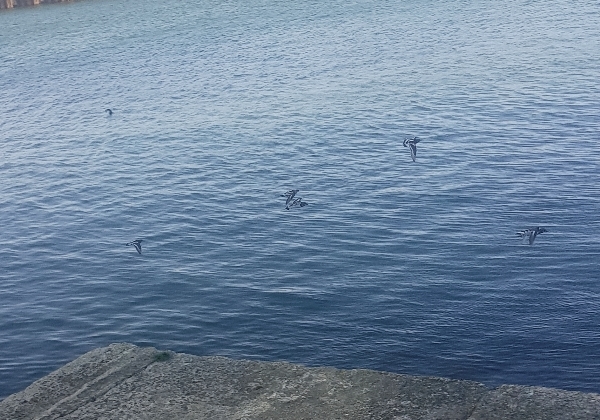 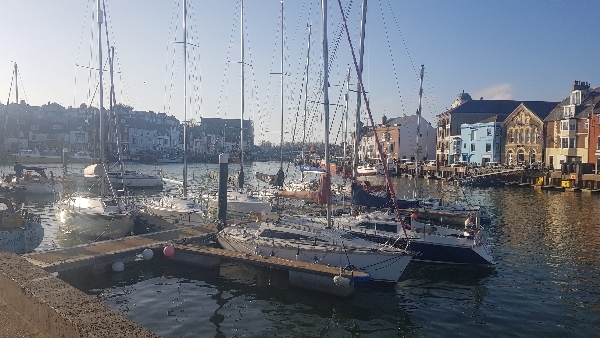 Our return route was exactly the same, I did see a Sandwich Tern and that was all. It was approching 4pm when we got back to the car, we had covered 17,035 steps, I think that was enough for one day.