ALL DAY VISIT TO THE LEVELS AND CHEDDAR RESERVOIR

A DAY WITH NIGEL ON THE LEVELS

I met Nigel in the car park at Ham Wall at 8am, I had driven through some rain but Nigel had experienced a lot more in Chepstow where he came from. I was making my second attempt at seeing the visiting Ring-necked Ducks and I hoped that my lucky Welsh Mascot would do the trick. 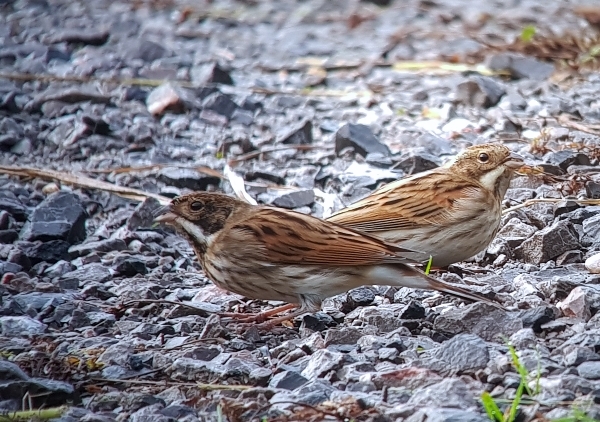 We bumped into a large mixed flock of ‘tits’ as we walked along the main track to the reserve. At least twenty Long-tailed Tits were joined by Blue and Great Tits and a Goldcrest (I had seen Coal Tit at the bird feeders back in the car park). 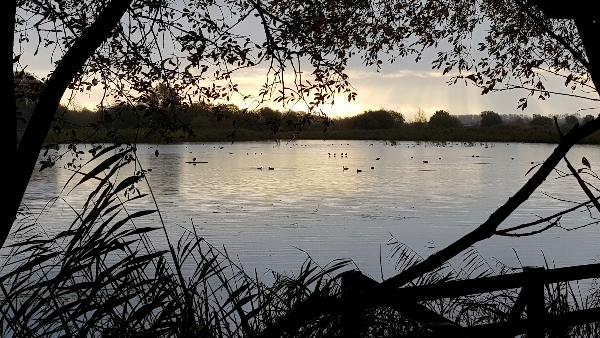 We arrived at the Tor View Hide at 8:15 and got straight onto the RING-NECKED DUCKS! Ha! Got the little blighters at last, having missed them by a few minutes the other day!! They were quite distant, in fact they couldn’t be any more distant as they sat at the farthest end of the pool. Still I was grateful that they were present at all.  I snapped off a few pictures (record shots) and we sat and waited for them to swim nearer but they refused to budge. 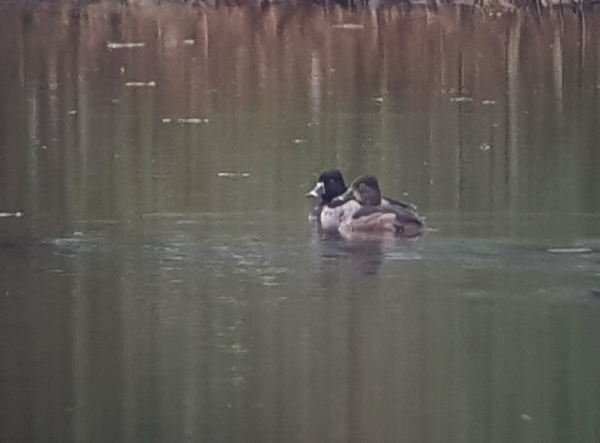 two record shots of the pair of Ringed-necked Ducks 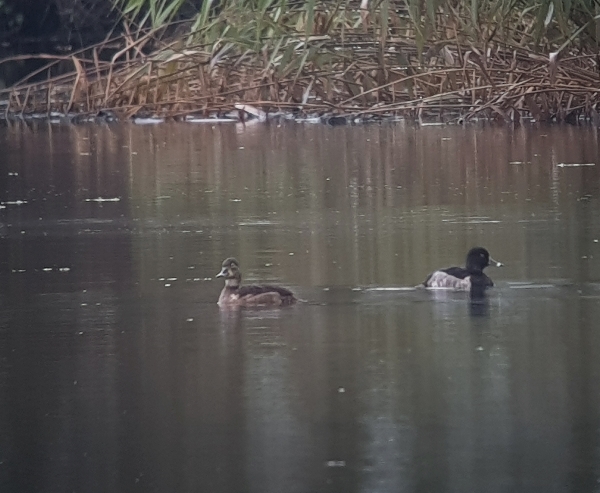 Looking in the other direction toward Glastonbury Tor I saw a Bittern flying towards us! “Wow, Nigel come and look at this”, too late the bird dropped down into the reeds. Two Great Egrets settled in the reeds and a Marsh Harrier drifted over, Water Rails were calling every few minutes ( I can’t see the point of them calling to us if they are not going to show themselves?)  Cetti’s Warblers do the same thing, are they just teasing us! 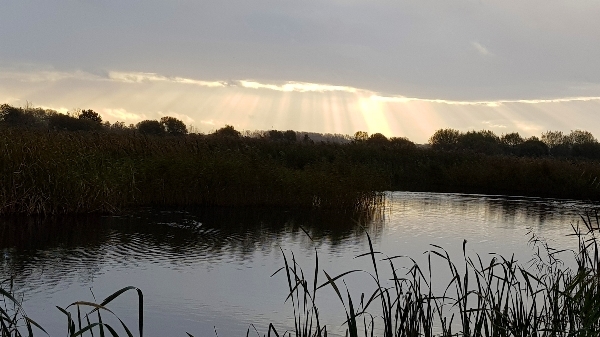 sunshine on its way

The Ring-necked Ducks disappeared behind the far reed bed and refused to get nearer so we gave up on them for now. Nigel spotted a second BITTERN flying towards us, it came very close to the hide and stayed in sight for quite while, then it disappeared over the distant trees, wow! That was much better, thank you!

We then walked along the central track to the Viewing Point No2. Where we watched two more Marsh Harriers and lots of ducks. Pintail went onto the day list, so did Common Snipe, Lapwing, Wigeon, Teal, Gadwall, Shoveler and Little Egret,

As we walked back I noticed that the reed bed on Loxton Marsh had been cut down completely, leaving a large area of stubble and open pools. There were ducks, Grey Herons and lots of Wagtails flitting about on the stubble. I thought what a great place for WATER PIPITS!

So I scanned the stubble with the scope and guess what I found?...........  Meadow Pipits!! Ha! But, in with the Mipits was at least two WATER PIPITS, result! I was so pleased with myself  for identifying the habitat and then finding them there (but later I found out that up to 5 had been seen there over last the few days, what a bummer, I thought I had found a good bird for the reserve’s monthly list). 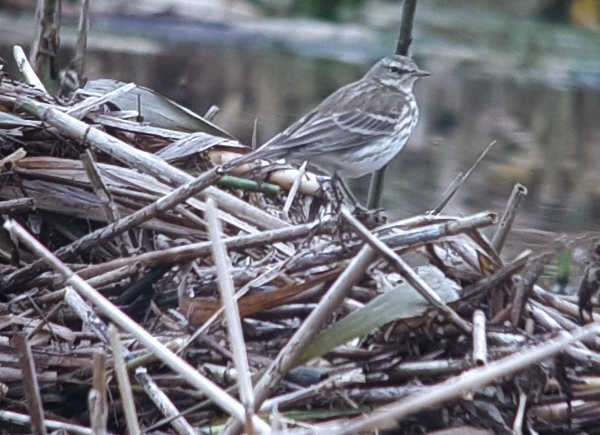 Water Pipits are grey/brown not olive green/brown like Meadow Pipits, they have a strong supercillium and black legs

I showed Nigel one of them in scope and decided to walk round to get a closer look, Nigel had had enough by then, so I went alone. We also picked out a Grey Wagtail before I set off. I got fairly close to the Pipits and got off some shots before they flew a little further away into the stubble and out of sight. 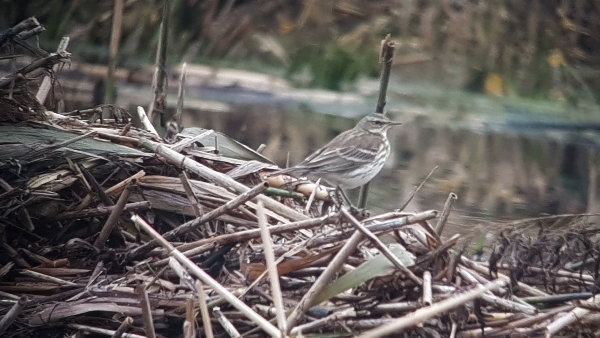 Meeting up with Nigel again we decided to change our plans a little bit as news of a Red-necked Grebe, seen at Cheddar Reservoir, had come through. So after a quick cuppa and a large piece of Lemon Drizzle Cake (supplied by Nigel) we set off towards Cheddar, we intended to stop at Tealham Moor along the way to look for Cattle Egrets. 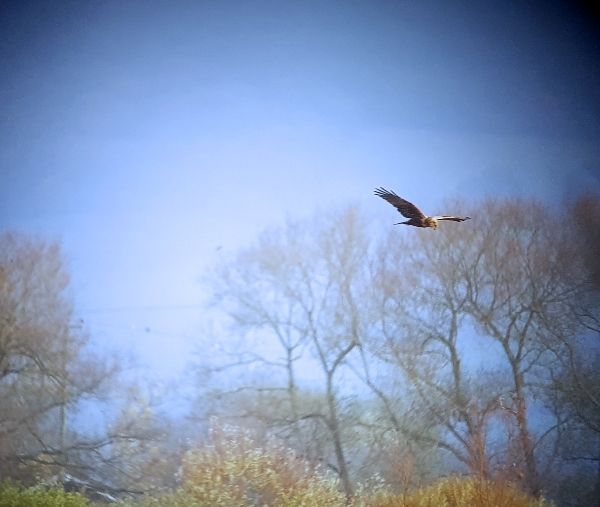 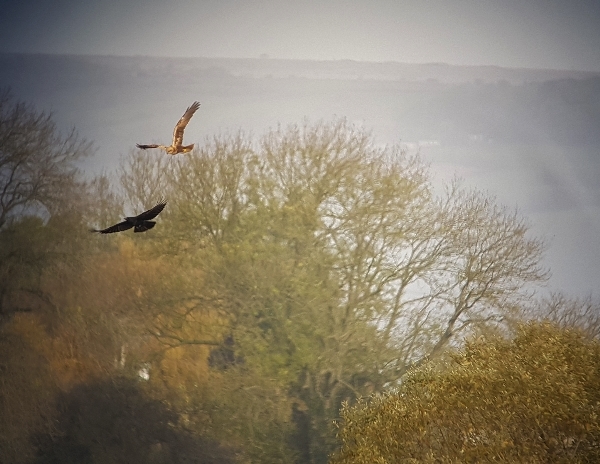 Well, the road to Tealham Moor overlooks a few meadows with cattle in them and we saw a large flock of Cattle Egrets around the cattle, we pulled over into a gateway. There was at least 50 – 70 Cattle Egrets in the field and around a farm building, it was amazing when they all flew up (we did not flush them, they were ¼ mile away), what a great sight. 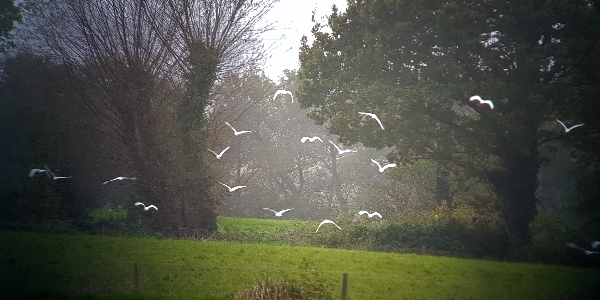 That was the good news, the bad news was that my car wheel had gone over the edge of the ditch and I could not drive it back out, doh!! Nigel then drove off, huh, abandoning me!! …………………..Within minutes he came back with a farmer on his tractor and a towing strap, we had the car back on the road before long, well done Nigel.

So, we turned around and set off for Cheddar with no need to visit Tealham Moor now that we had seen the Cattle Egrets and a lot of them. At Cheddar it was breezy, the weather looked changeable with dark clouds and sunny spells. We scanned from just above the car park near the cemetery and quickly found lots of birds. 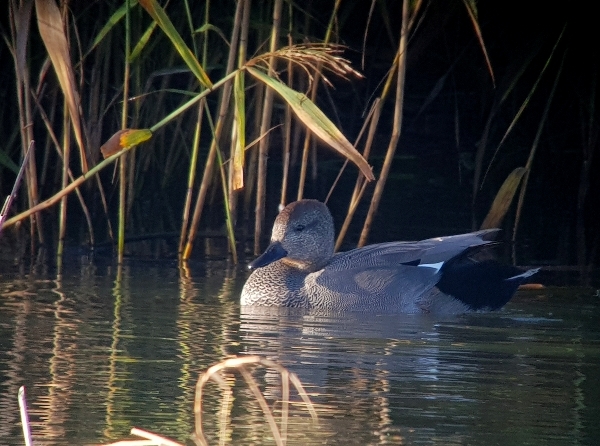 Flocks of Tufted Ducks, Common Pochard, lots of Great Crested Grebes, Cormorants, various Gulls and a massive flock of Common Coots. I scanned through the Coots, there must have been over 1000 of them. I found a pair of Red-crested Pochard, a Little Grebe, Teal and nothing else. Whilst scanning the centre of the reservoir I came across a Great Northern Diver, wow, that was a good find and the first sighting this winter of one at this site. 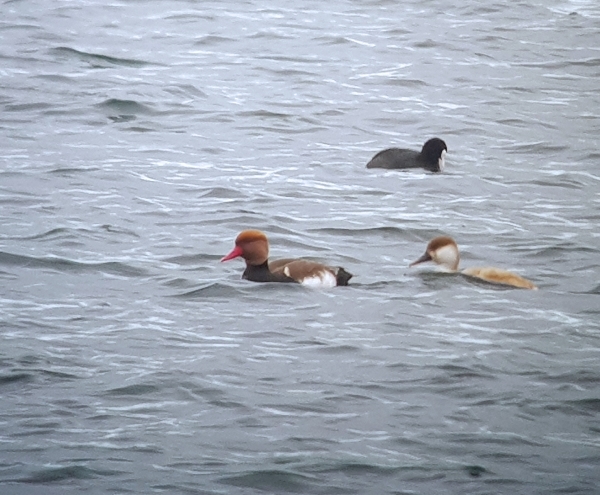 a pair of Red-crested Pochard, with a Coot photo-bombing in the back-ground

After walking alone up to the Coot flock and back we decided to drive round to main car park to try from there, I left my car where it was and jumped into Nigel’s car, I intended to walk back. 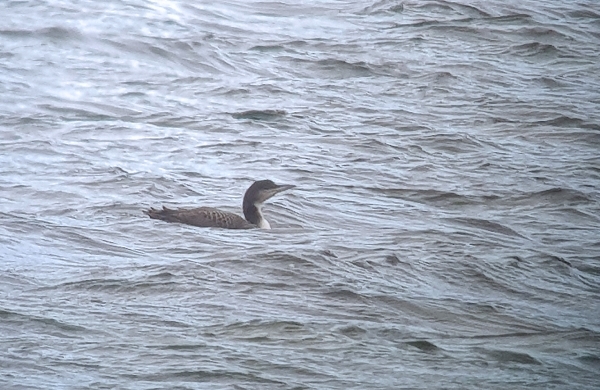 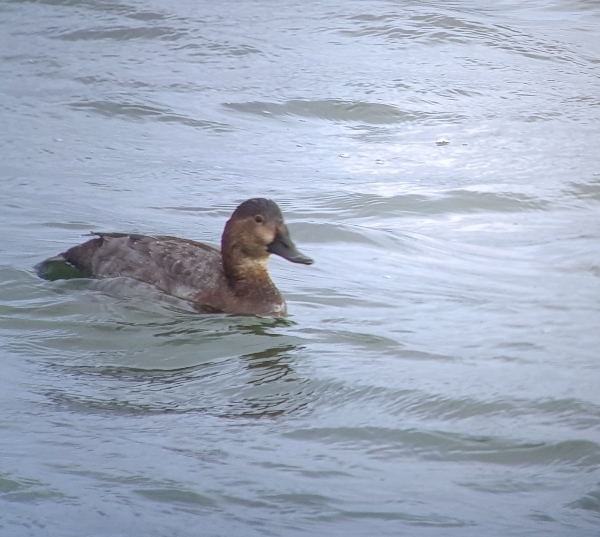 We met up with a local birder who had walked around the entire perimeter of the Reservoir and had not seen the Red-necked Grebe, other people he had spoken to had not seen it either, they were all sceptical about the sighting. Well after that we searched some more and I said goodbye to Nigel. I walked around to the car park near the cemetery and before I left I took one more walk to the Coot flock just in case! The bird wasn’t there so I left empty handed.

I drove home back through the levels noting a couple of large flocks of Cattle Egrets in different parts of Shapwick and Westhay, there must have been over 100 of them. That was my last sighting of the day.