More and more migrants fInd their way onto to our list as we find our first: Gull-billed Tern, Alpine Swift, Garganey and lots more Yellow Wagtails..........

The forecast got it almost right today, no rain but it was cloudy and very, very cold, there was a strong wind coming in from the North-East which made birding very difficult and uncomfortable at times.

Our first stop was a few kilometers from Ronda, the Natural Park at Sierra de las Nieves, it was 5C as we got out of the car but the cold wind made it feel like -5C!  We managed about 40 minutes out there where we logged Stonechat, Chaffinch, Jay, Mistle Thrush and one of our target birds, the Woodlark. We jumped quickly back into the car and headed off to Campillos where we hoped it would be warmer and less windy. 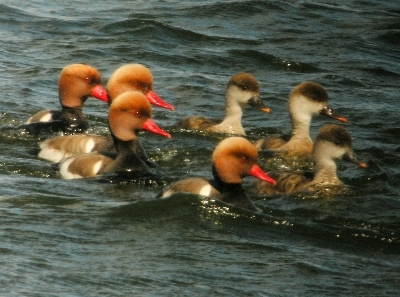 Some of the 45 RED-CRESTED POCHARDS seen at Laguna Dulce

We drove along quiet lanes toward Campillos and stopped to look at 3 of the lagunas near the town. The first held a lot of Greater Flamingos but had little access, the second had great access but very little water and no birds. But Laguna Dulce held a lot of both! However the wind blew right into our faces and made it hard to keep scopes and cameras still enough for good results. 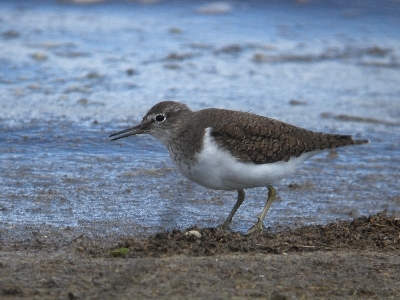 We listed a lot of species as we sat in the cold hide the best of which were: Common Shelduck, Eurasian Wigeon, Black-necked Grebe, Gull-billed Tern (5), a single Alpine Swift with hundreds of Common and Pallid Swifts. A nicd flock of Red-crested Pochards fed close to the hide whilst the majority of the other species were far away.

We drove around to the back of the laguna where a muddy track led into large tracts of grassland and cultivated fileds, we were hoping for a glimpse of a Little Bustard but only found Calandra Lark, Corn Bumting, Linnets, Yellow Wagtails and Goldfinches. 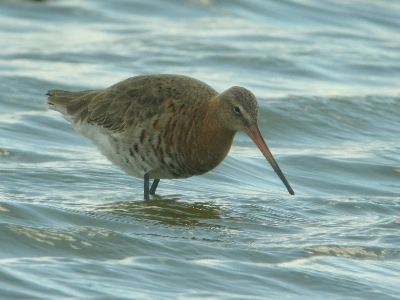 Laguan Fuente de Piedra was also a big disappointment, the water level was very low with large areas completely dry, Greater Flamingos were presents in their 10's instead of thousands. The lagunas around the visitor's centre were much better where a good selection of waders, gulls, ducks and wagtails were present. 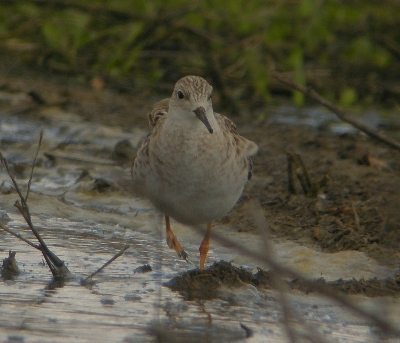 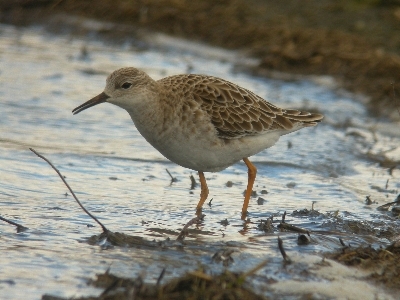 We walked around the to two other laguna s behind the centre where good sized hides gave us shelter from the persistent wind, it was from there that we enjoyed views of a number of excellent sightings. A Ferrugnous Duck sat close to the far bank with White-headed Duck, Common and Red-crested Pochard, Eurasian Teal, Northern Shovler and logs of Gadwall. A number of superb Mediterranean Gulls wore their summer plumage whilst a few Gull-billed Terns hawked the pools. Jimmy finally got his opportunity to photograph Greater Famingos at close quarters as a small group paraded in front of the hides. 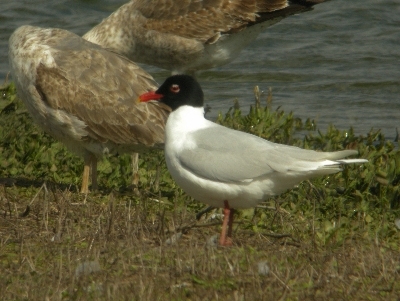 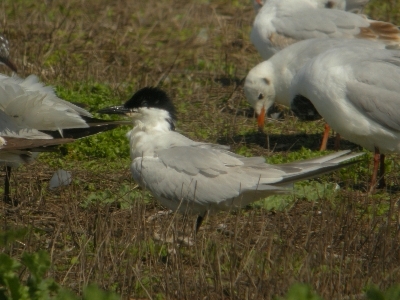 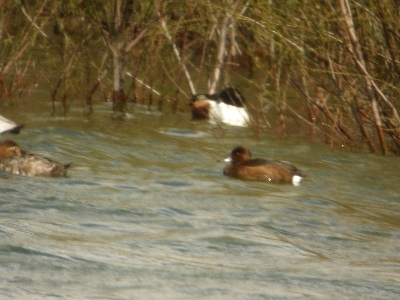 a record shot of the male FERRUGINOUS DUCK

AND FINALLY OUR MAIN TARGET SPECIES, THE GREATER FLAMINGO 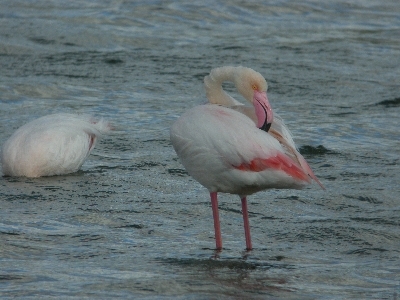 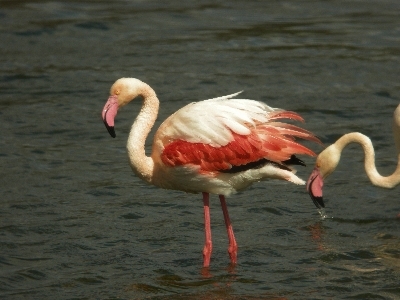