The range in temperatures today was unbelievable, we set off at 8am with 4C registered on the car temp. gauge and at 3pm at the coast we recorded 27C........insane, I had to take off my jacket! Despite this cold weather, with North-Easterly winds, migrating birds still trickle across from Africa. We recorded our first PURPLE HERON, LITTLE BITTERN and BLACK-EARED WHEATEAR of the year.........

We set off down the hill from the village under a clear blue sky, however at the Rio Genal, our first destination,  a large cloud blocked the warm sunlight from streaming through and it remained cold.

We walked along the river for a couple of hundred meters recording many common species, we heard a Cetti's Warbler and yet again could not locate it! The best of not too many sightings was that of three Hawfinches in their usual post-roosting tree, however Jimmy missed them he had wandered off up river! A few migrant rapotors drifted over, Black Kite (6), Booted Eagle (2), Marsh Harrier (1, a nice male) and Short-toed Eagle (3).

We drove further towards the coast and as we passed Sierra Crestellina we stipped to watch a flock of 18 Black Kites and a further 2 Short-toed Eagles. Turning onto the Casares to Secadero track we worked our way back down to the Rio Genal which was still high from recent rains, sightings were few, a single Little Egret, two Little-ringed Plovers and a Great Cormorant! Several stops along the route failed to produce much more except for single figure counts of the two common eagles and a Cimmon Buzzard. 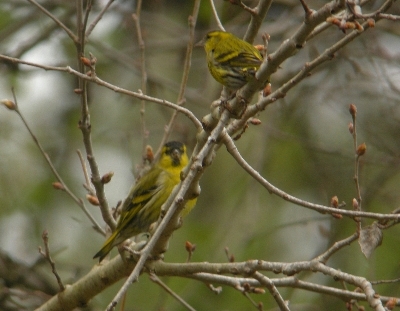 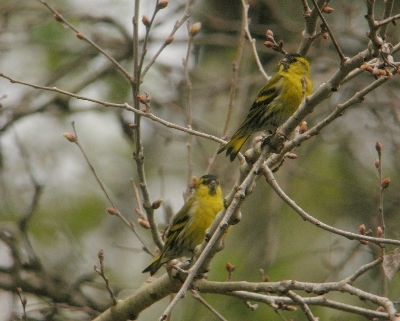 After a stop for a quick coffee we ventured into the woods at San Enrique in the hope of finding an early Wryneck without success, we dud find Short-toed Treecreeper and lots of Siskins. Good numbers of Blackcaps remain and likewise with Meadow Pipits in the field of Lucerne adjacent to the woods.

From San Enrique we drove the short distance into Soto Grande visiting the Natural Park first and the Laguna at Torreguadiaro later. The oark was very quiet except fir a huge flock of roosting gulls on the water at the mouth of the river Guadiaro, 500-600 Yellow-legged Gulls were joined by a few Black-headed Gulls, a good number of Northern Gannets circled over the water out in the bay. Four Pied Avocets, 8 Sanderling, 1 Redshank and 1 Common Sandpiper were feeding along the muddy banks of the river where a couple of dogs spent most of their time chasing after them whilst their stupid owner stood and watched.

One goid sighting was of a Purple Heron seen as it flew from a bush along the river. 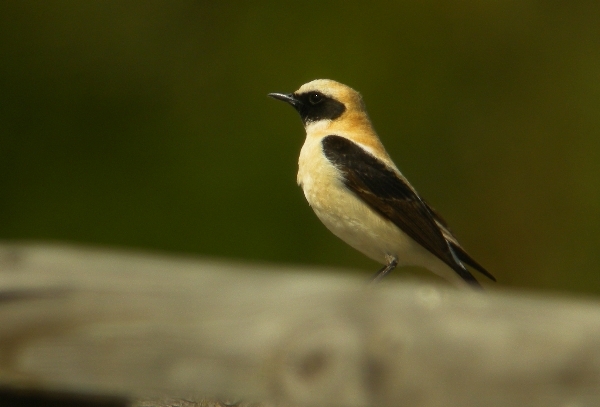 At The laguna the sun finally broke through the cloud, it was now 3:30pm, the temperature quickly rose at last, soon we were getting hot in our winter jumpers and raincoats. The reeds around the laguna looked desolate at first but soon we were able to pick out a few birds, Mallards and Moorhens (pronounced Mure-hen by my Scottish cimpanion) and several groups of Terrapins. 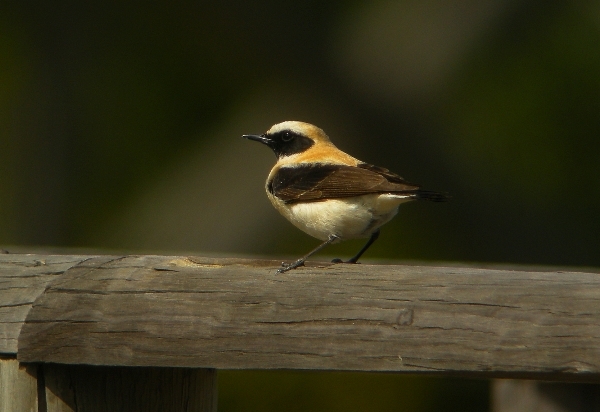 Then we had two brief views of Little Bittern, a female flew across the laguna whilst a male sat fishing for a short while, these sightings were quickly followed a short view of a Purple Swamphen, a species that Jimmy really wanted to photograph but he missed the bird!

Walking through the flower-coated dunes Jimmy found the beautiful Black-eared Wheatear pictured above, a great find and a very early returning migrant, I don't usually see this species until mid-April. 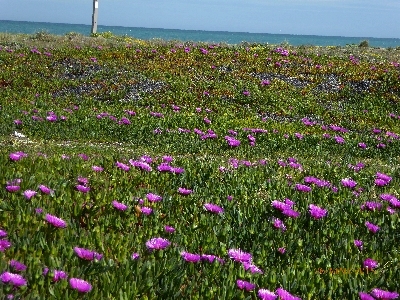 Jummy then forced me to have another coffee break in Sabinillas  before we made the journey back up into the mountains to Gaucin, we stopped at Crestellina along the way to look for Bonelli's Eagle which failed to appear, nevertheless we enjoyed watching up to 20 Griffon Vultures and a single Common Raven before we departed for home.