Today I collected Lynn, Mat, Steve and Mary from Malaga Airport, after various flights we were all together by 12:30pm and on our way to Guadalmar. We had a slow but enjoyable start to this week-long birding tour, our first in-the-scope bird was a European Bee-eater, wow! Several were flying around us as we emerged from the bus at a piece of waste-land not far from the airport. Dozens of Monk Parakeets dashed to and fro all around us too.

We never saw the expected Turtle Dove nor, in fact, much else. Jackdaw, Jay, House Martin, Barn Swallow, Greenfinch, Linnet, Yellow-legged Gull and Collared Dove was our sum total, although we did notch up Red-rumped Swallow as we left. 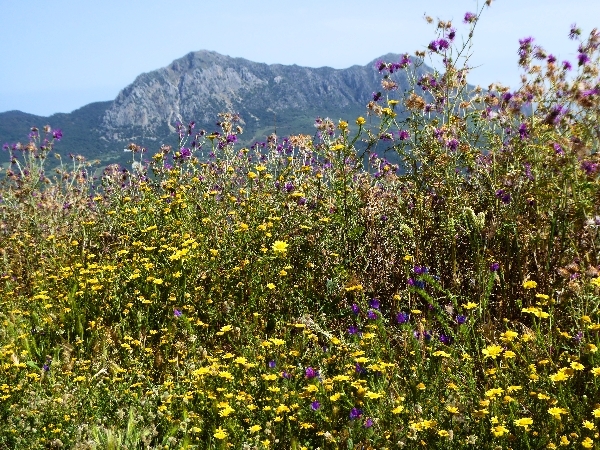 We made two small stops before reaching Sierra Crestellina, the first was at Estepona refuge centre where dozens of Griffon Vultures were circling in the valley, we also logged a single White Stork, Booted Eagle and 50+ Yellow-legged Gulls. Our second short stop was at the information centre at Casares. It was really quite windy there, we did see more Vultures and another Booted Eagle. 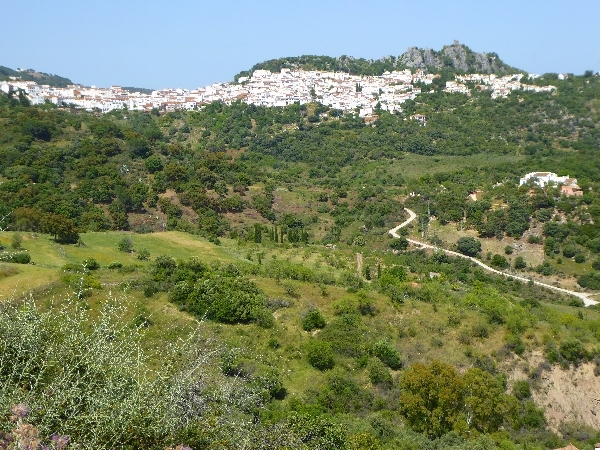 At Sierra Crestellina we spent an hour searching the high peaks and ridges for Bonelli's Eagle which failed to show. We added Common Stonechat, Corn Bunting, Crested Lark and Common Kestrel to the list and plenty more Griffon Vultures. 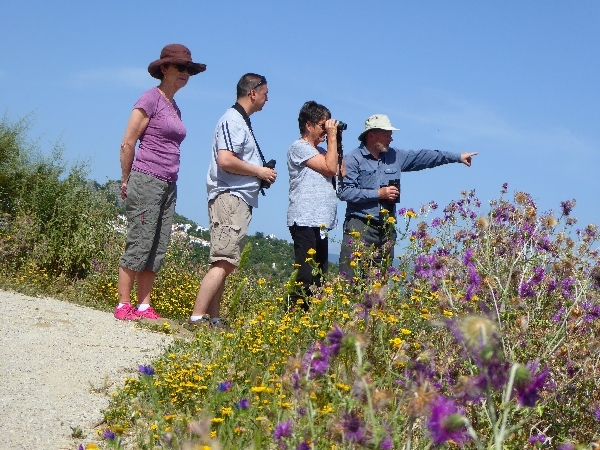 We stopped on the bridge over the Rio Genal to watch Red-rumped Swallows and we notched up a Grey Wagtail at the same time. At the Mirador just before Gaucin we watched a Short-toed Eagle and logged a couple of nice butterflies, Cleopatra and Scarce Swallowtail.

That was in fact our last birding of the day. We arrived at our home at 5pm. it had been a long day for some of the group, Dawn dished up a superb chicken Tajine for dinner which went down well with a glass of Rioja. Everyone went off to bed by 9pm.