WEATHER: Despite a forecast of unbroken sunshine it was overcast all day! This kept the temparature down to a reasonble max of 25C

After an early breakfast we were on the road by 7:15am and arrived at Tarifa by 8:30am we drove from clear conditions to an overcast sky. The birds at Playa los Lances were few and far between, we notched up Corn Bunting, Common Stonechat, Common Swift and Crested Lark as we walked to the beach hide.

On the sands we managed to see the grand total of 5 waders! Two Kentish Plovers, two Ringed Plovers and a single Bar-tailed Godwit. A gull roost of a few dozen Yellow-legged Gulls held a single Lesser Black-backed Gull. Out at sea it was a different story, hundreds of birds were out there, we saw many juvenile Northern Gannets and a huge raft of Cory's Shearwaters some of which got up to fly around. 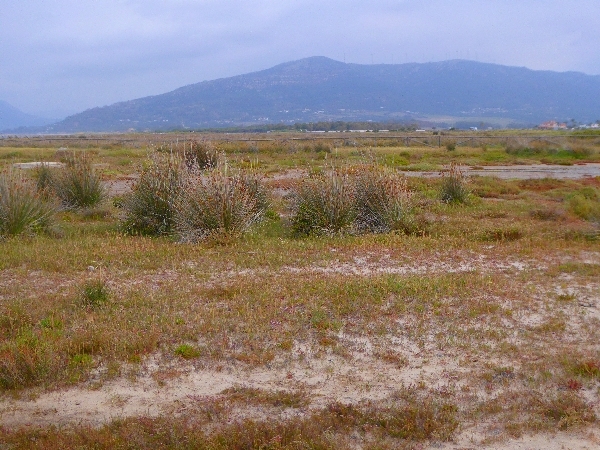 On the grass meadows behind the beach we found a few Greater Short-toed Larks and more Crested Larks, as we walked back towards the bus we added a Tawny Pipit to the list.

La Janda was also hard work, the rice paddy fields were just being flooded but otherwise it was a barren looking landscape. We found a couple of distant Collared Pratincoles, lots of White Storks, Little and Cattle Egrets,Corn Buntings and Common Stonechats. As we drove al8ng the central track we heard both Cetti's and Reed Warblers but failed to see them. 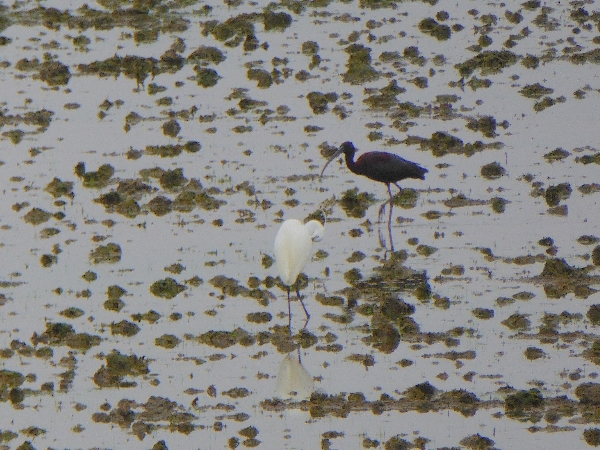 Toward the bridge that leads to the Benalup track we found several Glossy Ibis feeding with Black-winged Stilts, Little Egrets and a few Grey Herons before we turned off. The Cattle Egret nesting colony was alive with activity, it is now huge with easily over 1000 pairs of Cattle Egrets and a dozen or so of Glossy Ibis. 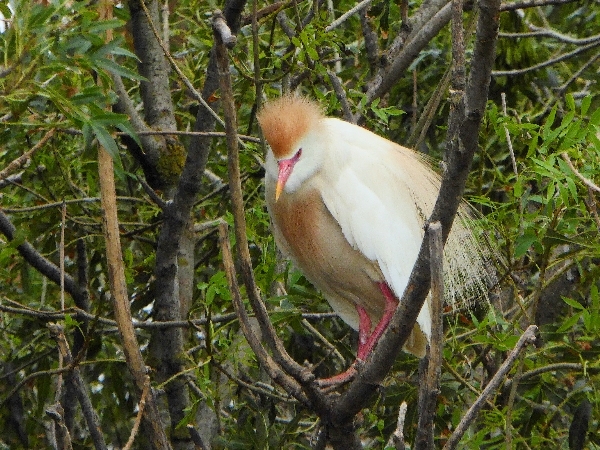 We drove up to the smelly farm stopping to watch Turtle Doves on the track and Common Kestrel, Black Kite and Booted Eagle in the sky. We ate our picnic lunch near the farm whilst watching up to 6 Black Kites, several Jackdaws and both Red-legged Partridge and Common Pheasant.

As we left La Janda we added Zitting Cisticola and Reed Warbler to the list before heading for Vejer de la Frontera. We made one quick stop at a sight I know for EURASIAN EAGLE OWL. One bird was present but obscured by leaves so we only saw two-thirds of it, but good enough for a 'tick'. We heard our first Hoopoe, added Common Buzzard, Wood Pigeon and we saw loads more Jackdaws. 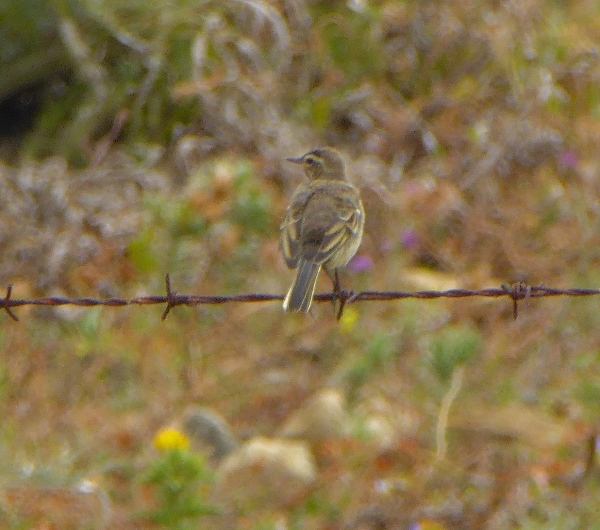 At Vejer we were surprised to find the BALD IBIS colony practically deserted, all the nest were empty, the youngsters had fledged! A sungle adult bird circled high above us and then it dropped down to the cliff face where two juvenile birds were waiting to be fed. 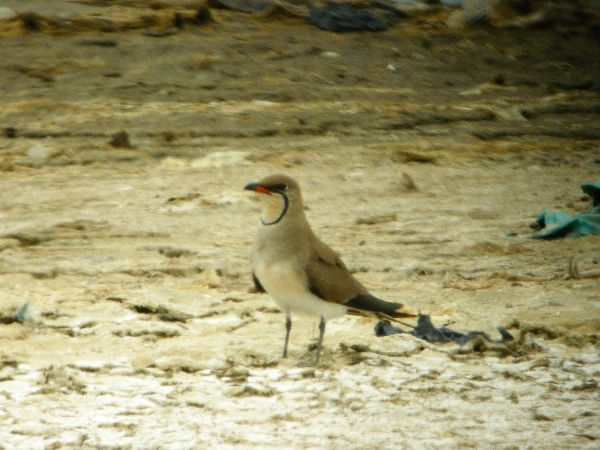 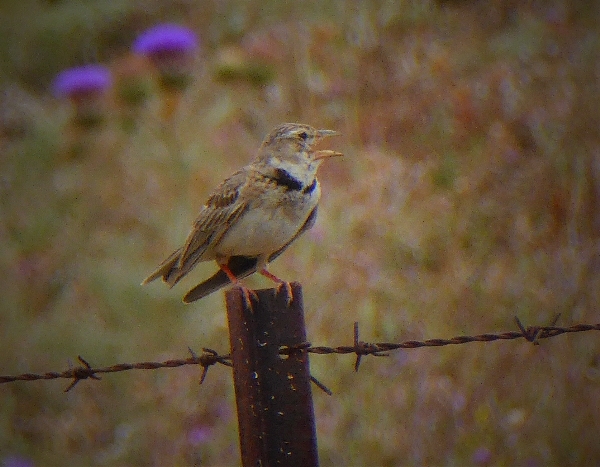 We called it a day after watching a juvenile Yellow Wagtail, a Calandra Lark and a remarkable number of Collared Pratincoles, considering 5 years ago there were none breeding at this site!

After a brief stop at the Mirador de Estrecho, where the visibility was quite bad, we arrived home at 6pm in good time for dinner.