WEATHER:  A very cold start to the day and it didn't warm up very much, the icy cold wind contiued for most of the day, it probably reached 18C but felt like 10C. Cloud cover cleared for a very sunny afternoon.

We left Gaucin at 8:30am and drove up the hill towards Ronda stopping at the entrance to Sweet Chestnut Woods some 3km away. It was bitter cold as we walked down into the woods and the birds refused to come to play! A Great Spotted Woodpecker drummed and showed briefly whilst a Eurasian Nuthatch called but failed to show. 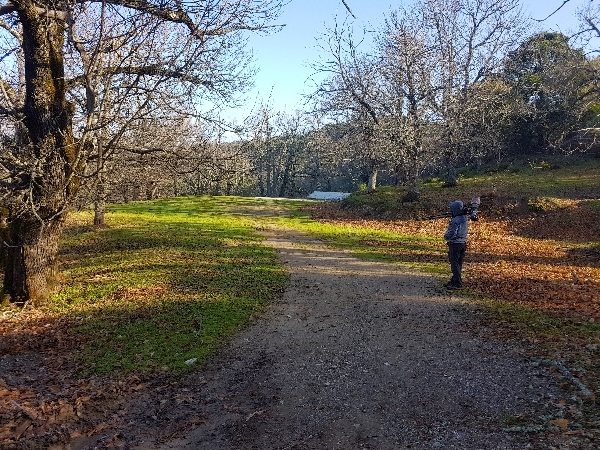 The Sweet Chestnut wood - lifeless and barren at the moment

A short walk down the track eventually produced some birds, we saw Blue Tit, Crested Tit and eventually the Nuthtach showed well. An Iberian (Green) Woodpecker called and flew over us a couple of times and finally settled in view so we could 'scope' it. Apart from some fly over Wood Pigeons and Griffon Vultures not much else turned up.

Back in the warm van we drove up towards Ronda and stopped at the Encinas Borrachas track which is usually packed with birds. Today it seemed desolate, very lush and green but devoid of bird life. I think we only recorded about 10 species in a two hour visit which was amazingly poor. A Southern or Iberian Shrike showed well and we had very distant views of Blue Rock Thrush and Black Wheatear, a few Linnets flew around with some Goldfinches. No migrant birds were present, no Woodchat Shrikes, Black-eared or Northern Wheatears, Subalpine Warblers, Spectacled Warblers, Dartford Warblers, Bonelli's Warblers or Iberian Chiffchaffs. 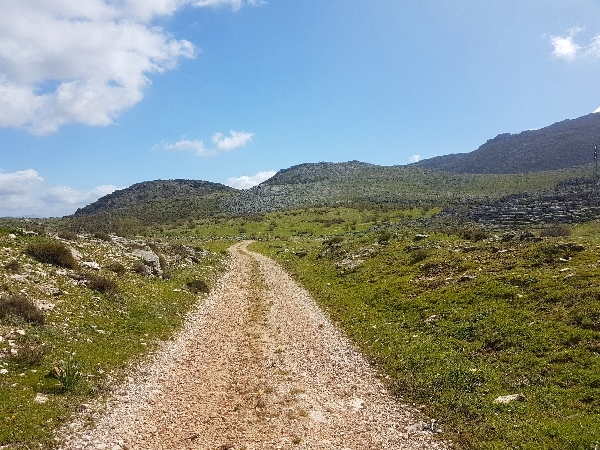 We located a singing Woodlark high above us and a few European Bee-eaters flew over as did a few Barn Swallows. We also saw a single Short-toed Eagle, several Griffon Vultures and at least 8 Red Deer on the mountainside. As we got back to the van, Steve, found a GOLDEN EAGLE circling above us, what a smashing bird.

We ate our picnic lunch near the van, the wind had died down somewhat so it warmed up considerably. A Stonechat appeared and a few more Linnets just as we were leaving.

At Ronda we turned into tourists walking all around the famous bridge over the famous gorge, we enjoyed the antics of the Red-billed Chough, also Crag Martins and a Kestrel. Steve and Robin visited the Bull Ring whilst I sat and ate a lovely mint-chocolate ice-cream, yummy! 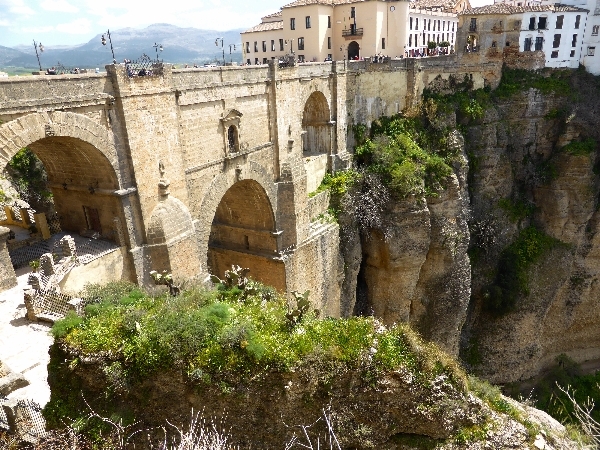 The Bridge over the Ronda Gorge

From Ronda we drove round to Montejaque via the limstone gorge where the 'dam that doesn't work' sits. But I can inform you that the dam is working just fine. After all the spring rain there is now a huge reservoir behind the dam. In the area we found sveral orchids including the 'Naked Man' Orchid and we located a doe Spanish Ibex with two very young kids. 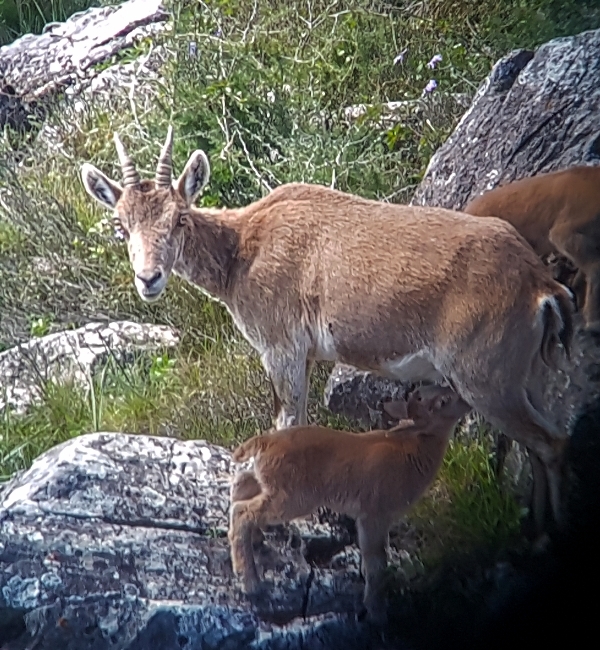 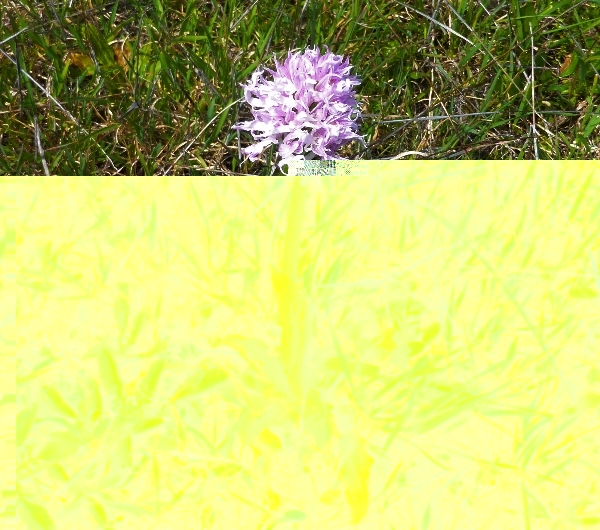 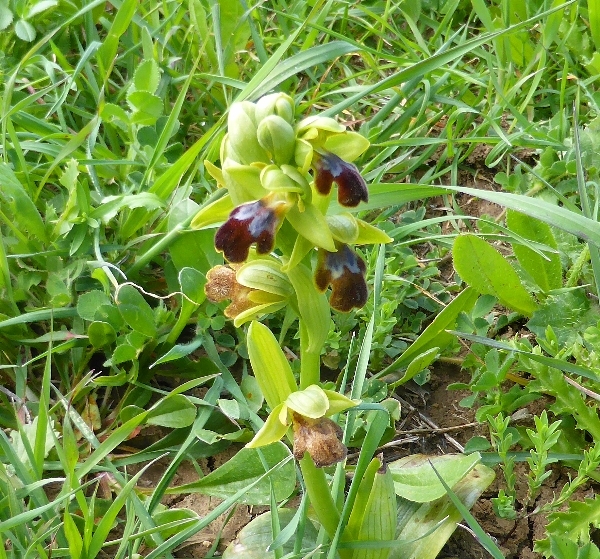 In the LLANOS DE LIBAR we spent the last couple of hours searching for new species for our list and in particular Rock Bunting and Bonelli's Eagle. We found niether of our target birds but again enjoyed Red-billed Chough, Griffon Vultures and a lot of common species. We did add Black Redstart and had good views of Black Wheatear and Blue Rock Thrush. 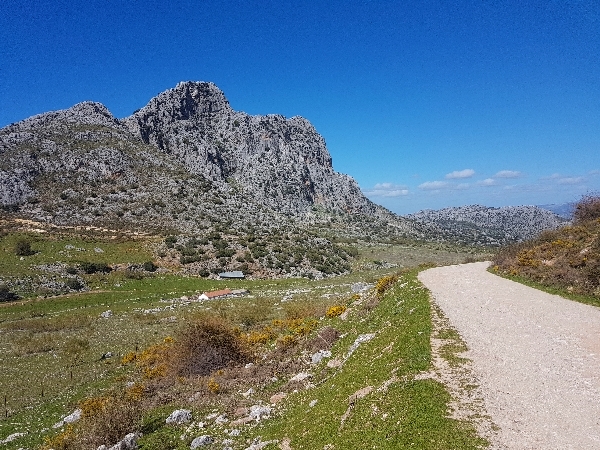 A view of the Llanos de Libar

We called it a day at 5pm and drove back to GAUCIN in an hour<we arrived in good time for dinner at 7pm. 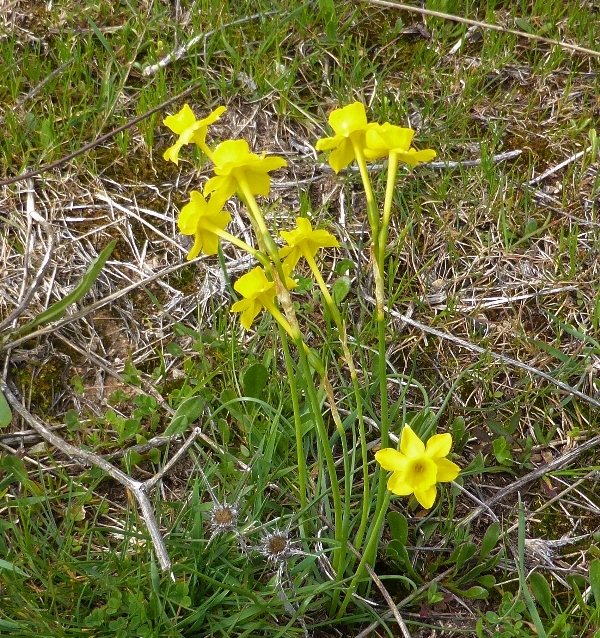 Tomorrow I am taking Steve and Robin to Granada for a cultural break, so I have a few days off before the first Coto Donana/Extremadura Tour on the 10th. Let's hope it warms up by then.