Well we expected bad weather today and we certainly got it, it was dull and overcast for most of the day with a biting cold wind, not good conditions for birding I’m afraid. But we soldiered on regardless starting at the Rio Genal immediately after breakfast. Not much was on show, the wind was quite strong and most birds were keeping their heads down. A Cetti’s Warbler, a couple of Common Nightingales and a Blackcap sang from the dense riverside scrub and a small party of Cirl Buntings showed well and that was about it for a quick birding stop. 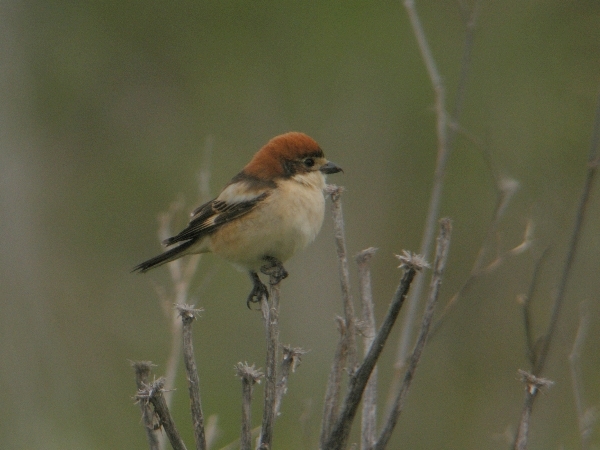 Woodchat Shrike - one of our frrst sightings today

Our drive to the Casares – Secadero track went without a single sighting except for a dozen or so of Griffon Vultures soaring in the winds above Sierra Crestellina. We did have a nice half-an-hour at the Rio Genal at the bottom of the hill from Casares. There we found 5 Short-toed Eagles, 2 Booted Eagles and about 25 Griffon Vultures, a Woodchat Shrike sat up nicely for our cameras whilst Goldfinches, Serins, Corn Buntings and Greenfinches did their best to stay out of the strong gusts of wind. 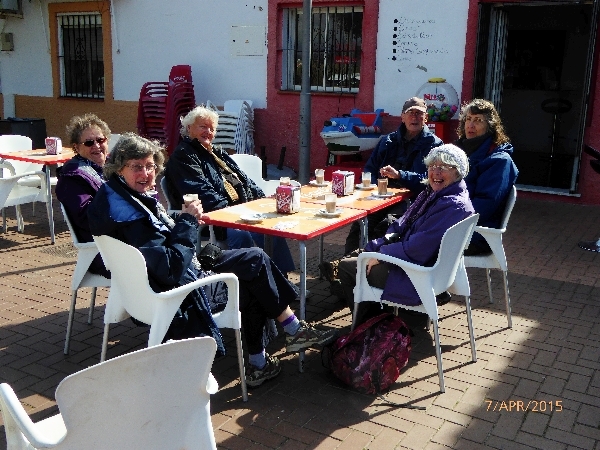 Another stop further along the valley produced a few more sightings but the wind played havoc with or binoculars and my clients got quite cold and fed up. More Booted Eagles showed well, we also added Little-ringed Plover, Green Sandpiper, Little Egret, Bee-eater (me only), Sardinian Warbler and Mallard to the day list.

A nice warm hot chocolate (I can’t believe I’m writing this, it’s supposed to be Spain in April!!) was consumed in Secadero where the sun came out for a while and we all warmed up a little. We ate our lunch as soon as we got into San Enrique Woods whilst Common Nightingales and Blackcaps cheered us up with their summery renditions. A Wryneck called out so we followed the sound and got a few brief views of it, the same happened with an Iberian Chiffchaff shortly afterwards, although this bird was a little more obliging. 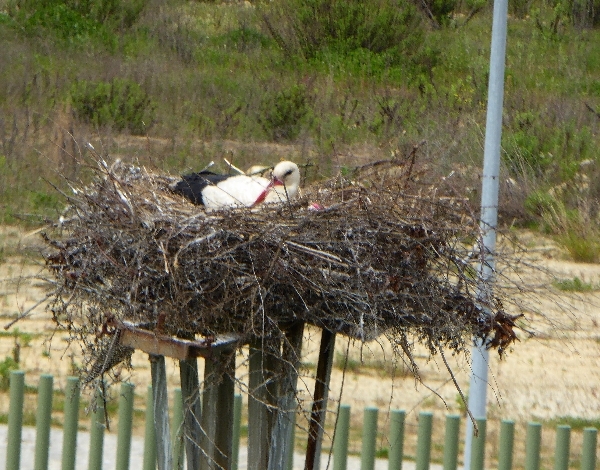 White Stork on the nest

From the woods we walked to the Rio Guadiaro, I saw a Common Kingfisher but no-one else did, we all saw Little-ringed Plover and not much else. A Common  Nightingale showed briefly just before we re-entered the woods.

The wind made our visit to the Laguna Torreguadiaro very brief, it nearly blew us off the board-walk! Sighting’s there included Little Grebe, Moorhen, Mallard but not Purple Swamphen or Little Bittern.

We finally found some shelter in the pines woods at Pinar del Rey but it still took a while to find some birds! Blackcap, Eurasian Jay, Common Chaffinch, Blue Tit and the star bird, Crested Tit, were the frugal results of our efforts.

We made a couple of stops along the road as we headed back up the valley to Gaucin but neither of them produced anything of note. Which in turn resulted in an early return to the village, let’s hope this does not happen tomorrow although the weather forecast isn’t good!