Another dreadful start to the day, heavy rain, misty and cold. We headed off towards the coast on the Algeciras road leaving Gaucin at 8:30am, it rained all the way down to Algeciras then it got worse. Thick heavy mist hampered the drive across the hills to Tarifa where the weather took a turn for the better. The sky brightened, the rained stopped but the strong wind persisted. 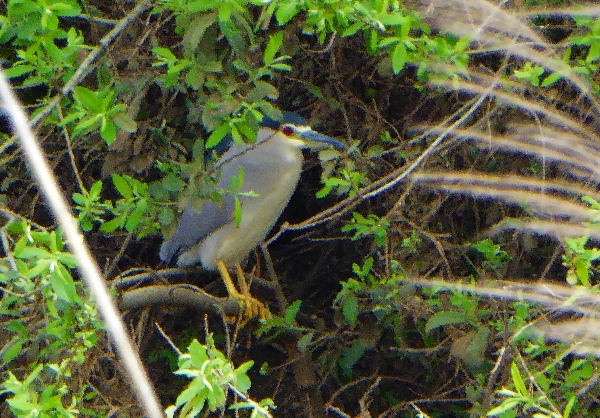 At Los Lances we braved the cold wind and ventured to the beach hide where we found 4 species of terns; Caspian, Sandwich, Common and Gull-billed we also saw six species of waders and four gulls including the Audouin’s Gull. The interesting sightings were found at the back of the hide on the grass meadows, there we saw a flock of some 30 Greater Short-toed Larks, a Tawny Pipit, lots of Yellow Wagtails (Ibericus and flavissimo)

As well as the usual Corn Buntings, Crested Larks, Goldfinches and Linnets we found a Purple Heron which flushed as we walked near the boardwalk. 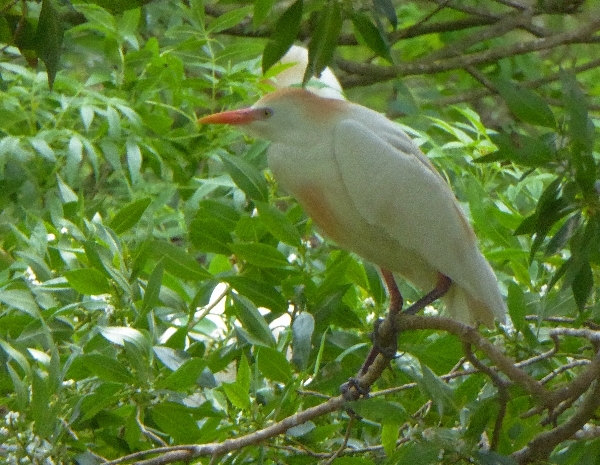 After a stop for coffee we headed out to La Janda where it was pants! The whole area had been drained and ploughed ready for seeding, it was almost devoid of bird life! We found a small flock of Bee-eaters, a single Purple Heron the odd White Stork and a single Marsh Harrier. From the start of the central track we stopped to scan the area and came upon a Bluethroat, Zitting Cisticola and not much else.

We drove the entire length of the central track only stopping to watch a single Eurasian Spoonbill, a Night Heron, another Purple Heron and more White Storks, it really was hard going. We stopped for lunch up by the ‘smelly farm’ where we tried to get out of the wind without success. Many Red-legged Partridges and Common Pheasants were seen and a row of sheltered bushes produced; Common Chiffchaff (4), Subalpine Warbler, Greenfinch and Cetti’s Warbler.

We stopped at a site near Vejer and found an EAGLE OWL sitting in its usual roost before parking near the village to look at the BALD IBIS breeding colony, there are 10 nests in view at one of the sites where birds are currently incubating. A large Cattle Egret colony close by provided more entertainment for the group. 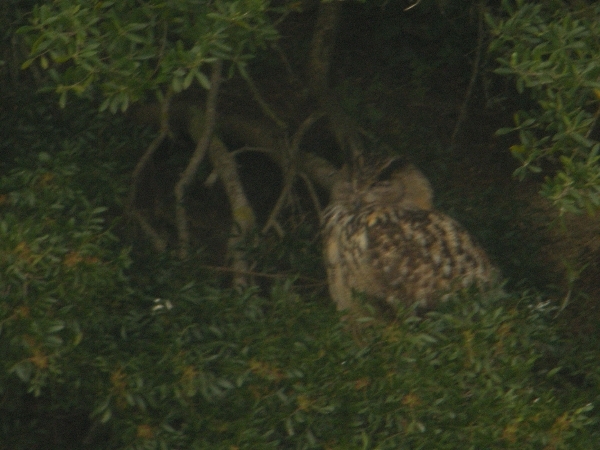 Barbate Marshes turned up trumps again, the sun came out and it warmed considerably, the temperature reached 20C but the wind prevailed.

As we approached the marshes we found 5 Bald Ibis feeding in a field and whilst watching them a Eurasian Hoopoe landed nearby. 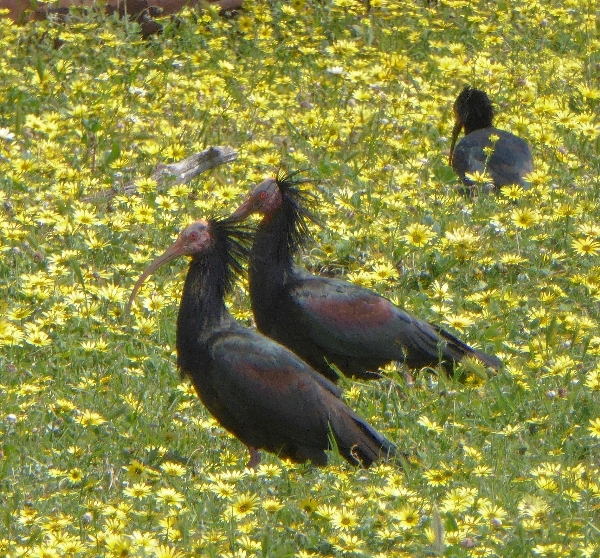 Last week on the marshes I struggled to see a single Collared Pratincole but this week there were about 50 pairs! We also saw large numbers of Dunlin, Sanderling, Black-winged Stilts and smaller numbers of Little Stint, Kentish and Ringed Plover, Redshank, Greenshank, Pied Avocet, Greater Flamingo and Eurasian Spoonbill. The clouds cleared, we had blue sky for the rest of our visit which we enjoyed, proper birding weather at last. 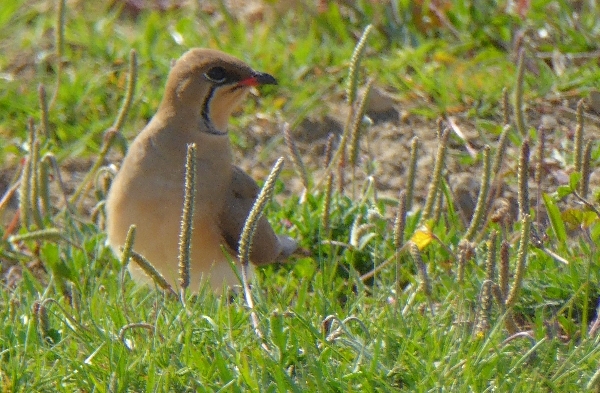 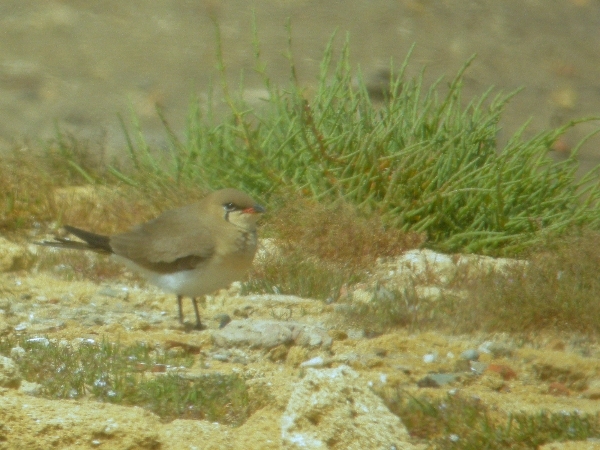 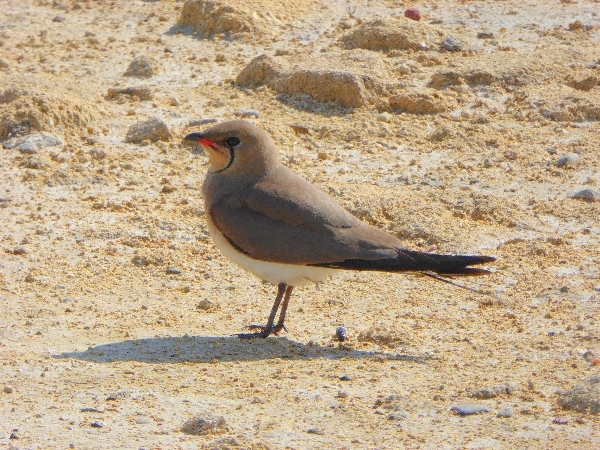 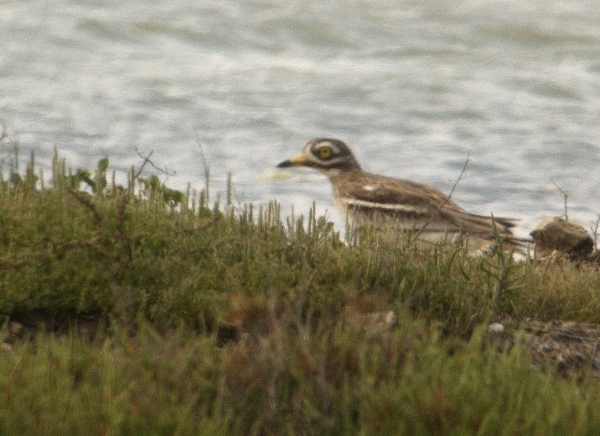 Driving further round the bumpy track we stopped to scan the larger islands in the shallow lagunas, we searched for and found a pair of Stone Curlews, a number of Calandra Larks were seen in the same area.

On the way back out of the reserve we stopped to look for a couple of Wrynecks that another birder told us about, we found one and enjoyed good views of it. Other migrants seen there were; Northern Wheatear, Woodchat Shrike, Short-toed Lark and a good number of Common Swifts were passing over, I still haven’t seen an Alpine Swift this year! 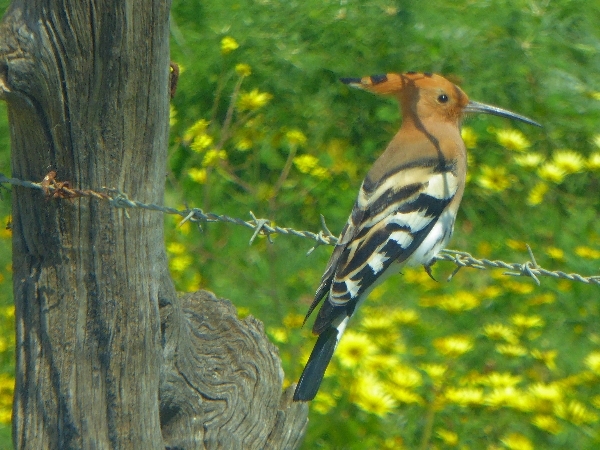 At 5:30pm we left for home arriving around 7pm, we ate another delicious home-cooked dinner at 7:30pm and enjoyed a nice glass of rioja as we went through our bird list.