A very cold morning saw us struggle to get out of the bus, eventually the sun came out and warmed us up. We finally found DIPPER, also ALPINE SWIFT, DARTFORD WARBLER, FIRECREST.............

The weather remained cold, it was just 7C as we drove from Gaucin to Ronda the thick cloud was low but we could see brighter patches in the distance. We drove straight to the natural park at Sierra de las Nieves where brighter weather brought the temperature up to a balmy 9C.

We parked near the entrance where the habitat consisted of an open valley with young trees in short grass, it was a hard job getting out of the bus but we did. This particular area is usually alive with migrants at this time of the year, flycatchers, wrynecks, redstarts and warblers, however today it completely devoid of birds, not a sound! We walked quite a way before we saw a few Goldfinches, Common Chaffinches and a pair of our target birds the Woodlark. These birds showed well and as we continued our walk we found Cirl Bunting, Mistle Thrush and not much else. 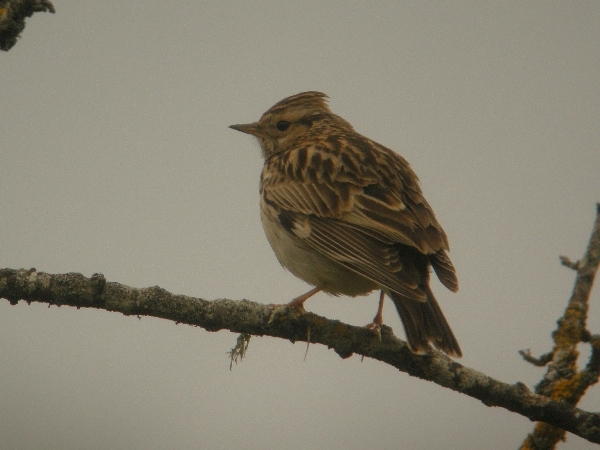 Climbing back into the bus we set off deeper into the park and never got out much until we reached an area of mature pines next to a flowing stream, we saw Eurasian Jay, Mistle Thrush, Great Tit and heard a European Robin along the way, we all got out of the bus to watch a delightful pair of Firecrests hey showed very well, at the same spot we saw Col Tit, Blue Tit and we heard Eurasian Nuthatch and Crested Tit. The weather pushed us back down the track to a lower altitude where it was a little warmer, we stopped next to an area of heathland to look for warblers, after a short while we found Common Stonechat and Dartford Warbler and in a field behind us we saw a pair of Red-billed Chough. Further still we found Black Wheatear, Linnet and more Mistle Thrushes. 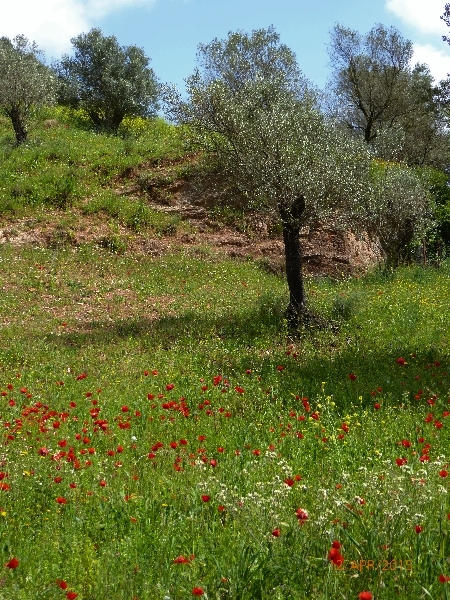 wild flowers are prolifoc this year in southern Spain

We called time at this point and drove out of the park to a roadside café for a warm drink, we were able to sit outside as the sun broke through the clouds and the temperature rose to 14C. From our table we watch a little raptor passage with a number of Booted and Short-toed Eagles passing overhead, many Griffon Vultures joined them up on the ‘thermals’.

Next we drove around to Montejaque cork woods where we spent a pleasant time in warm sunshine walking the open woodland, we never found much. Plenty of Common Chaffinches sang we also saw Short-toed Treecreeper, Eurasian Nuthatch Mistle Thrush and Blue Tits.

We ate lunch in a restaurant in the  centre of Montejaque, this beautiful ‘white village’ is similar in size to Gaucin and looked lovely in the sunshine. From there we drove to the Rio Guadiaro at Benaojan, we parked in the car park at the Cueva de Gato where we watched large numbers of Alpine Swifts and Crag Martins,  We then walked along the river looking for Dipper, we didn’t find one until we reached the foot-bridge at Estacion de Benaojan. At last DIPPER was on our list it showed well enough for all of us to see it searching for food on the rocks. We also had good views of both White & Grey Wagtails and I saw Common Nightingale and Blackcap. 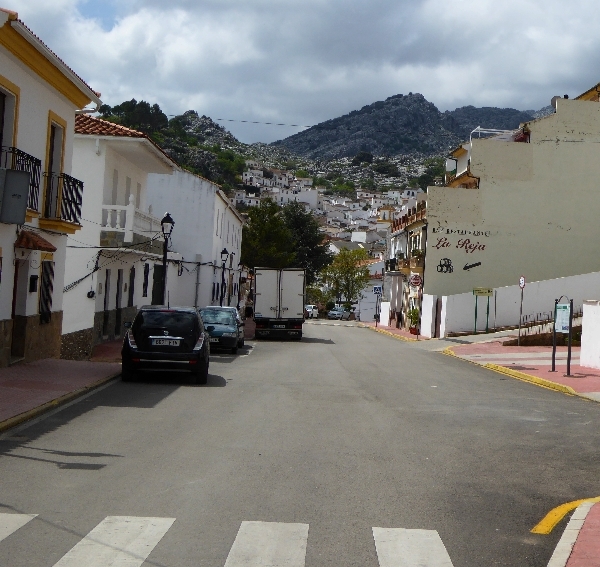 the main street in Montejaque, a quiet Sunday

Well this ended our birding for the day, our last full day and I have to say it was a pretty miserable list for this time of the year, we barely saw 50 species and our weekly total is way down on previous years, I suppose bad weather and a consistent easterly wind doesn’t help much.