- Dull overcast for most of the day with light rain at times, very humid, clear later. Temp 20C

Our earliest morning yet! We were all packed and on the bus by 4am, our flight from Cairns to Brisbane went smoothly arriving at 8:15am, it was raining but warm when we arrived. 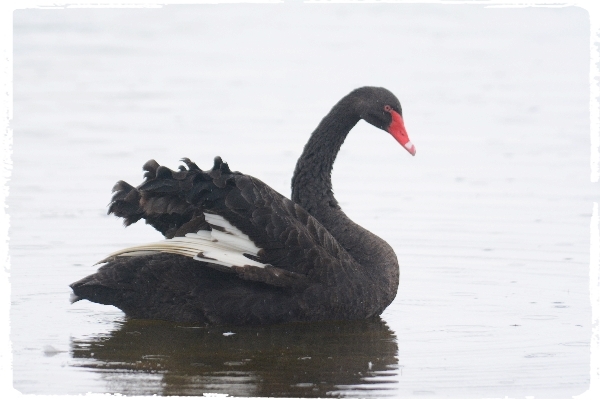 Black Swan - a real one!! taken by Bob Longhorn

After a short delay we boarded our new bus, with Barry our guide in the driving seat. By 9:15 we were watching birds in the Port area at a large lake found in amongst the huge industrial estate next to the port. The lake was covered in Black Swans, Pacific Black Ducks, Chestnut Teal, Dusky Moorhen with lots of Pied & Little Pied Cormorants, Royal Spoonbills, Australian Pelicans, Australian Ibis and a few egrets loafing on the islands. 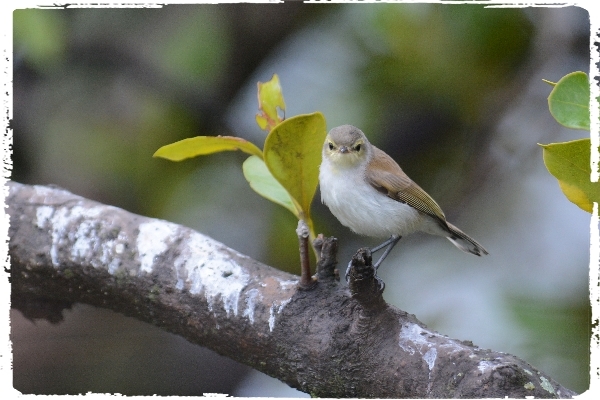 Mangrove Gerygone - another of Bob's pics

Our two main target species were found in the bushes around the lake, both the Mangrove and the Striped Honeyeaters were seen well by all of us. Collared Sparrowhawk, Crested Pigeons, Figbirds, Olive-backed Orioles, Brown Honey eaters and lots of Willy Wagtails made up the rest of our sightings. 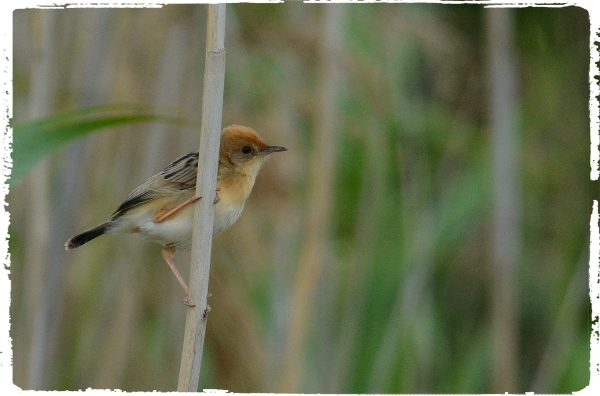 From the lake we drove round to some shallow pools with island and marshes, created as a refuge for roosting waders, ducks, geese, egrets and herons, appropriately called the roost reserve, it is well fenced off from the general public and it was covered in birds! A huge flock of waders consisted mainly of Bar-tailed Godwits and Whimbrels but we also listed; Curlew Sandpiper, Sharp-tailed Sandpiper, Eastern Curlew, Pied Oystercatcher, lots of ducks, White-faced Herons, Reef, Little, Intermediate and Great Egrets. 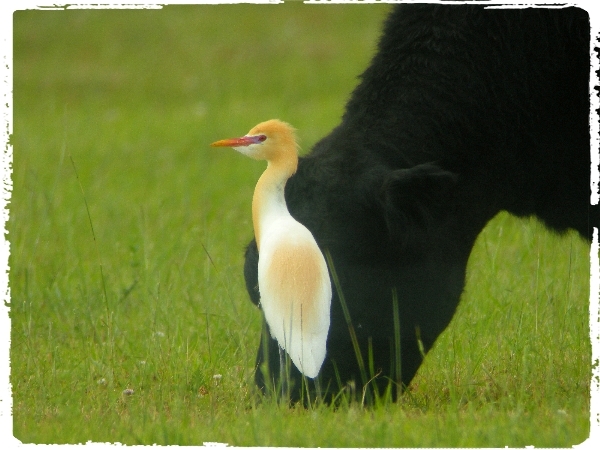 After stopping to collect our picnic lunch items we drove to Manly Beach to eat it, the sky had cleared and it warmed up quite a lot. It was high tide at Manly so we saw few birds, just Silver Gulls, Pied Cormorants and a Brahminy Kite that landed on a moored boat just offshore. A walk in the near mangroves at Lytton produced lots of mosquito bites and not the expected Rufous (Nankeen) Night Heron.

So we set off for O’Reilly’s Lodge but trouble with the bus’s air con. unit delayed us, we stopped to get it repaired in Brisbane and whilst doing so I logged Scaly-breasted Lorikeet, Little Friarbird and Black-faced Cuckoo Shrike during a short walk alone.

Back on the road, air-con not working too well, we stopped at two sites where we listed Long-billed and Little Corellas, White-chinned Honeyeater, Galah, Whistling Kite and our very first Grey Kangeroo! 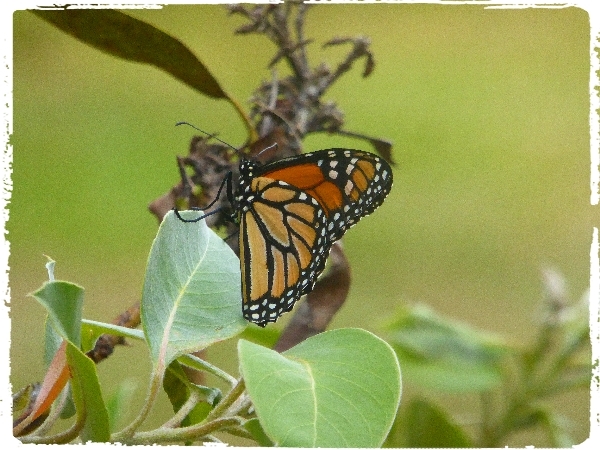 Further along the route we saw several Wallaby’s of two species, Whip-tail and Red-necked, we also saw Red-necked Pademelon. Our last stop before reaching O’Reilly’s was at Kamarun Look-out, we had incredible views of a series of mountain ranges including part of the ‘Great Divide’ range. A bonus at this site was a fruiting fig tree which was full of birds, we saw our first Satin and Regent’s Bowerbirds, wow what beauty the latter is! Also Wompoo Fruit-Doves and several Pied Currawongs fed in the tree. One last good but brief sighting was of an Albert’s Lyerbird that flew up the road in front of the bus but only 5 of the group saw it. 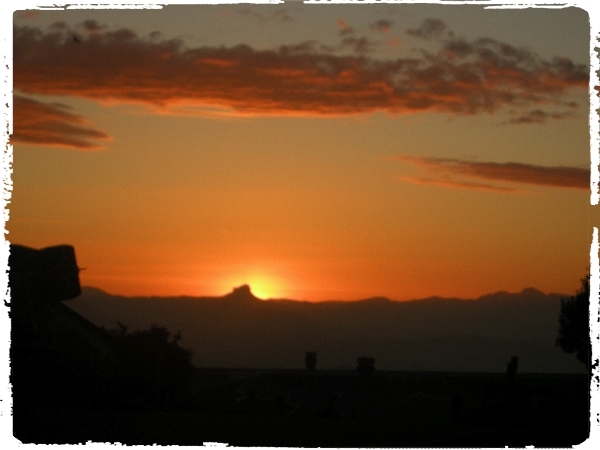 We were greeted by the most beautiful sunset as we arrived at O’Reilly’s, we had no time for birding, so after some confusion with room allocation (not impressive) we settled in. A superb dinner was served at 7:30pm. I think we are going to like it here!