Today we were met by Luke at 6:30am outside the main reception at O’Reilly’s. Luke is a local guide employed at O’Reilly’s and more importantly he had a 4-wheel drive 16-seater bus with him. His local knowledge was both invaluable and time saving for us. He quickly showed us some White-headed Pigeons in the nearby trees and a Wonga Pigeon on the ground nearby. 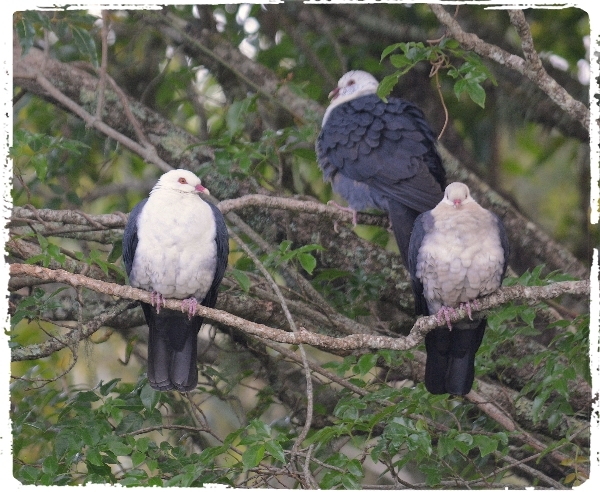 Both King Parrots and Crimson Rosellas were flying around the car park area and the two Bowerbirds Regents & Satin were everywhere.

Our bus was high off the ground we had great views of the surrounding forest as we drove down to Duck Creek Road which took about 10 minutes. Our first stop was at Marie’s Gate where a clearing gave us wonderful views over farmland and forested valleys. We quickly listed a dozen or so bird species, none of which were new. Topknot Pigeon, Sulphur-crested Cockatoo, Rainbow Lorikeet, Green Catbird, Lewin’s Honeyeater, Black-faced Monarch are just some of the common species seen.

Our next stop was deep in the rainforest where we hiped to see Paradise Riflebird, suddenly one called, it sounded like a Jay but ten times louder! It was a male and despite it sitting up in the canopy we all maneged to get good views of it. 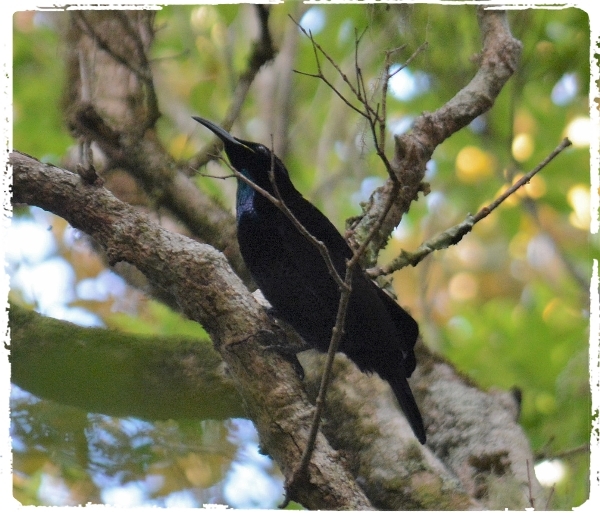 Luke was very knowledgeable and passionate about the forest passing on interesting facts about individual trees as we drove down into the valley. We stopped at a very unusual site where rain-forest stops abruptly and dry eucalyptus forest begins it was amazing to see this stark transformation. We birded the dry forest for a while in a number of places and we ate our picnic breakfast there. We watched several Spotted Pardalotes as we ate, what a gorgeous little bird. 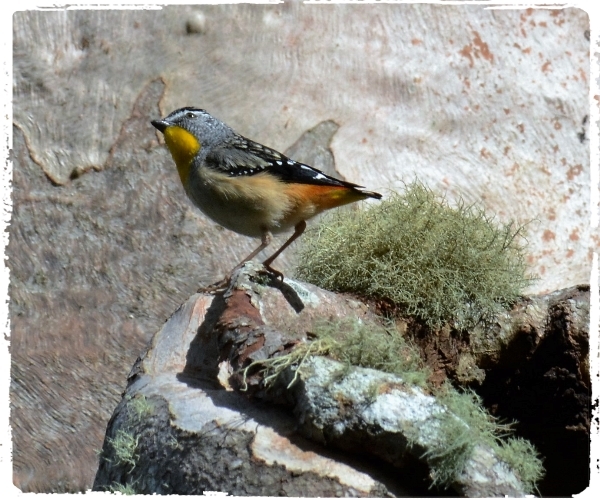 Our next stop was a copse of eucalyptus near Luke’s Farm where we were shown a Tawny Frogmouth sitting on the nest, whilst there we saw our first Grey Butcherbird and dozens of Noisy Miners. We also added Pied Currawong, Australian Magpie, Masked Lapwing and Torresian Crow to the list.

For the latter part of the morning walked along one of the well-trodden tracks of O’Reilly’s called Python Rock where we searched for Noisy Pitta without success. We did see a number of forest species including; Logrunner, White-browed & Yellow-throated Scrubwrens, Brown Gerygone, Grey & Golden Whistlers, Rufous Fantail, Green Catbird to name but a few. 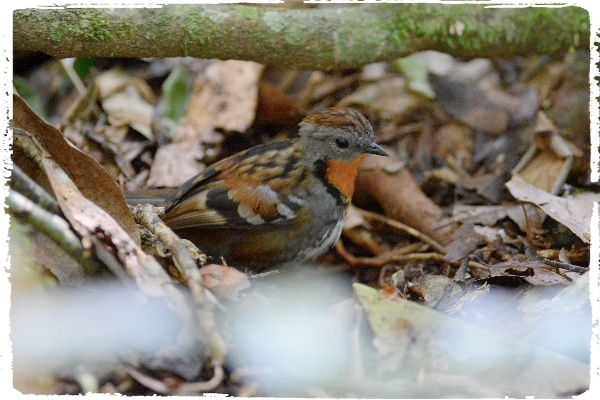 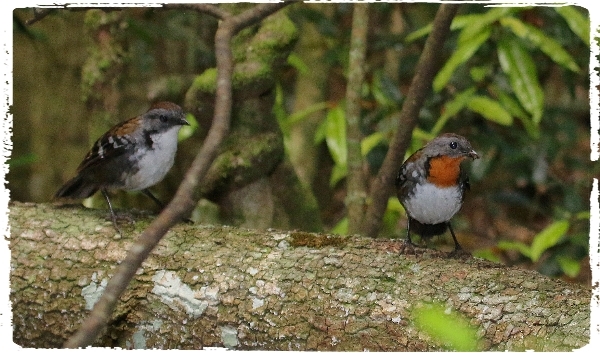 A pair of Logrunners on a log, male on the left - taken by Mike Taylor

For lunch we had picnic sitting in the sunshine outside the main reception area, Rosellas came and fed out of our hands as did Regent’s Bowerbird. For the afternoon we took a short birding walk to look for Rose Robin along nearby tracks. We concentrated on an area not far from the buildings where the bird had been seen recently but we failed to see one. However we did see a large number of locally common birds, we had incredible views of Eastern Whipbird, Rufous & Grey Fantails, White-browed & Yellow-throated Scrubwren, Brown Gerygone, Logrunner, Bassian (Russet-tailed) Thrush, Wonga Pigeon and Yellow Robin. 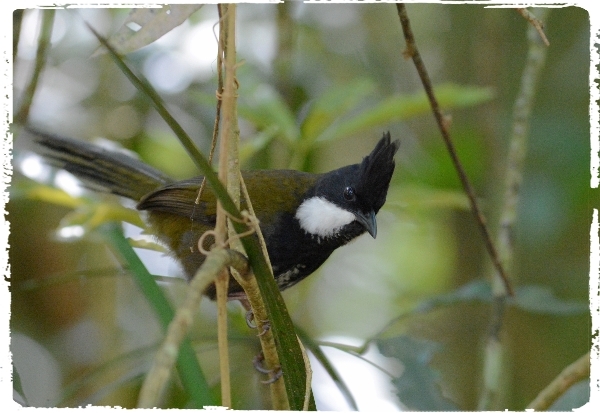 At 3pm we all dispersed for some down time, reconvening at 6pm for an early dinner because at 8pm were back out for an Owl-prowl.

In the pitch dark we walked by torchlight down a track to the base of valley about a kilometer below us. Over the next hour or so we saw lots of Possums of two species, Common Brushtails and Common Ring-tailed, we heard Marbled Frogmouth, Boobook Owl and Tawny Frogmouth but did not see them. The Australian version of glow-worm hangs from trees and bushes and glows in mid-air, the forest looks like a Christmas grotto!