TRANSFER FROM O’REILLY’S FOREST RETREAT TO BRISBANE WITH A NUMBER OF STOPS ALONG THE WAY.

We took our last morning walk at O’Reilly’s at 6am. The usually birds were around the main compound, Crimson Rosellas, King Parrots, Regent’s and Satin Bowerbirds, Green Catbirds, White-browed Scrubwrens and Yellow Robins. A flock of Topknot Pigeons flew over as we made our way to the ‘Border’ and Canopy Walk trail. 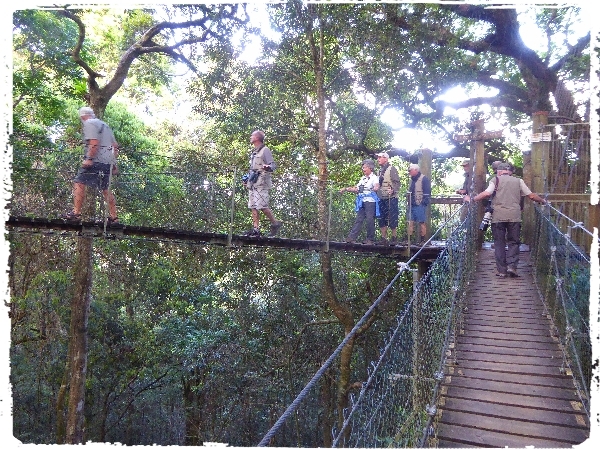 On the canopy walkway

Our main target was the Rose Robin but that little beauty eluded us yet again, we have another chance of seeing it in New South Wales over the next few days. However we did enjoy great views of several other species including: Eastern Whipbird, Logrunner, Yellow-throated Scrubwren, Wonga Pigeon, Rufous Fantail, Brown Gerygone and several others. 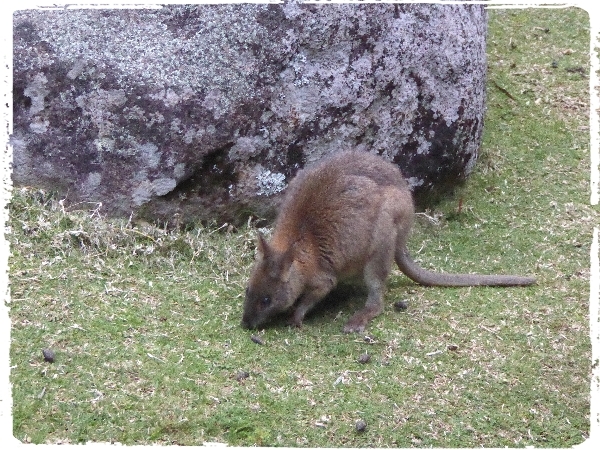 Our journey down the mountain was punctuated with stops and diversions, it took all day to drive 100km to the airport region in northern Brisbane. I will list some of our sightings and describe a few of our stops here:

Python Rock Track: just before we left the O’Reilly’s Complex we made another attempt to see Noisy Pitta and as usual we could hear one or two but we never caught sight of one. 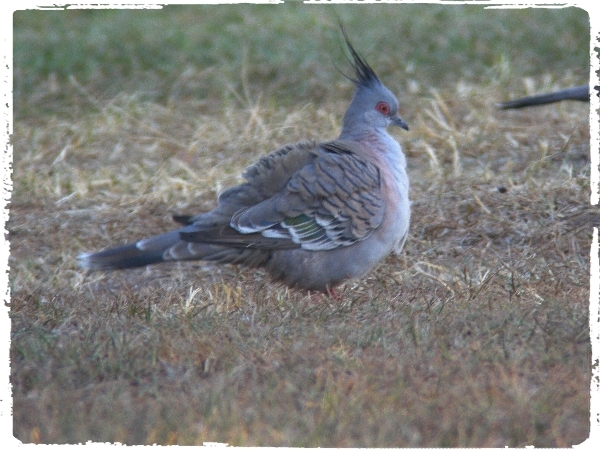 very common but what a beauty - Crested Pigeon

Further down we stopped at another Noisy Pitta site but again we failed to see one. At Charlie’s Water-Hole we stopped to look for Koalas which had been sighted yesterday by another group, no Koalas, plenty of eucalyptus to search!

An unscheduled stop a little further down to look at Glossy Black-Cockatoos, we found five of these smaller birds and whilst there we added Striated Pardalote to our list.

We made a stop at Kanungra for coffee and to watch a Flying Fox colony, two species made up the colony, Black and Grey-headed, there were thousands of them! 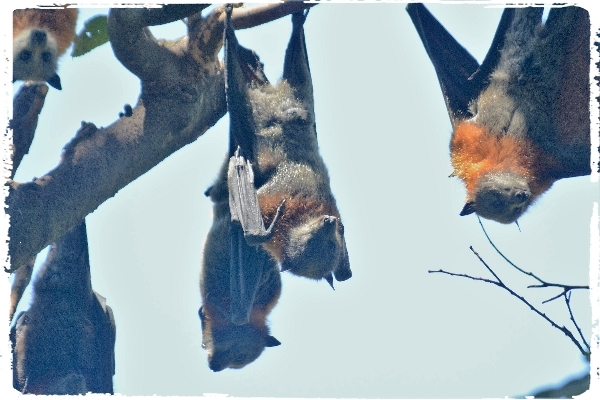 Our lunch break was taken in Beaudesert after which we drove to a local race track to look at a ‘billabong’, which Barry explained should best be described as an ox-bow lake. We saw a few species there but nothing too exciting. Further stops around the Birchmont area (Barry’s local patch) was made to look at several pools of water. At one of these we found our first Grey Teal, we also listed Comb-crested Jacana, Australasian Grebe, Black Swan, Pacific Black Duck and Wood (Maned) Duck.

Other stops produced Nankeen Kestrel, Black-fronted Dotterel, Little Corella and lots of cormorants and egrets and a White-faced Heron. 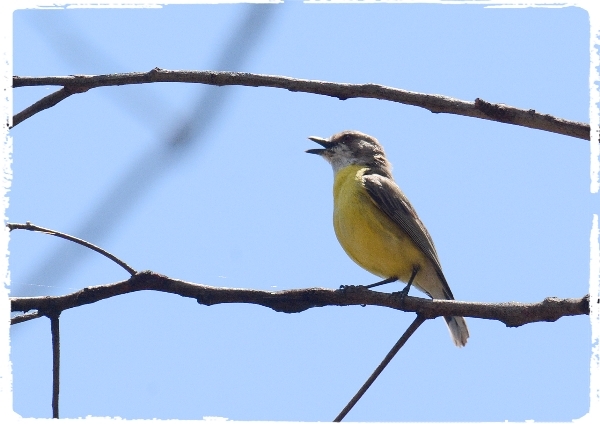 Our final stop was some 80km South of Brisbane at the University of Queensland Gatton campus, this had two lakes in its ‘Environmental Park’. We parked up around 4pm and walked through parkland passing under a huge Cattle Egret colony which was both noisy and smelly but colourful. These eastern Cattle Egrets are a sub-species of the Western ones and are really smart with a lot more colour. 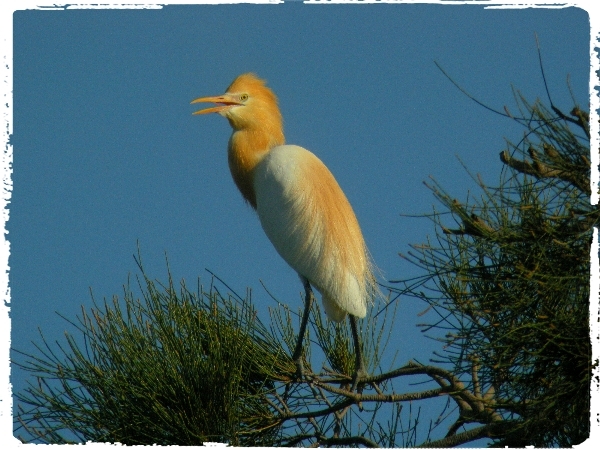 The lake held several hundred Plumed Whistling Ducks, Wood Ducks, Pacific Black Ducks, Dusky Moorhens, Purple Swamphens, Royal Spoonbills, Australian Ibis, Intermediate and Little Egrets. But the best of all was a single PINK- EARED DUCK, this was our target bird and one that Barry knew about, fantastic, it was a species the group most wanted to see. 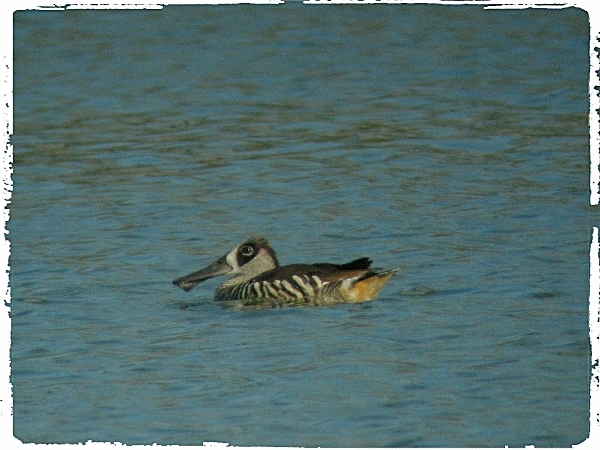 It was 5pm when we left Gatton, we drove directly to Brisbane on a motorway noting several Grey Kangeroos and an Australian Kite along the way. As we crossed the main bridge at Brisbane we had a beautiful sunset to our left , a bright orange sky over the ‘Manhattan-style’ skyline. 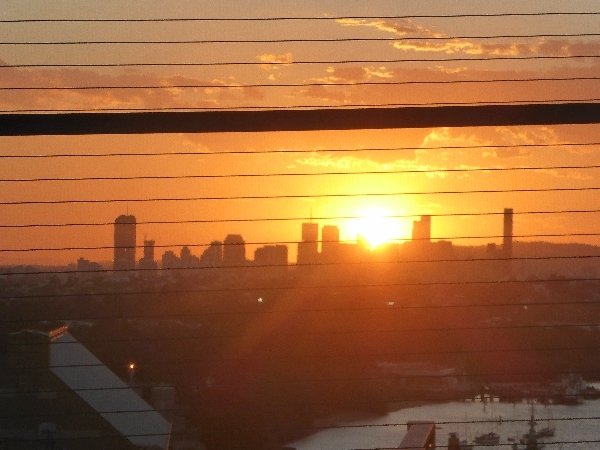