Weather in Sydney:  dry, sunny and warm but very windy, temp. around 25C

Most of our day was spent travelling so very little birding was done, we left our hotel in Brisbane at 8:15am and arrived at our hotel in Sydney at 2pm after being collected from Sydney Airport by Rob Griffin who will be our new guide for the last eight days of the tour. 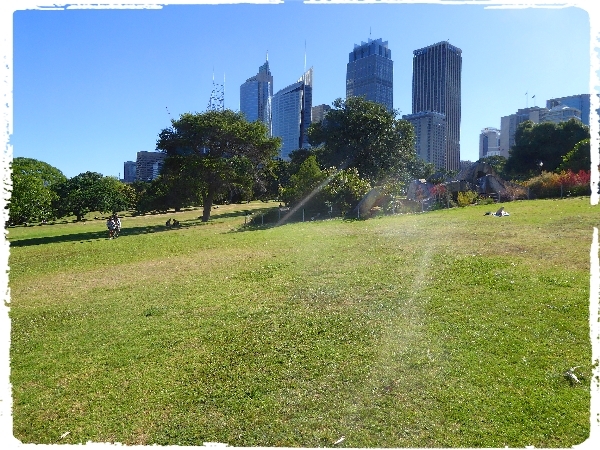 Syndney Park along the harbour front

By 3pm we were birding in the Sydney Botanic Gardens where hundreds of people were milling about and even more were around the opera house and harbour front. Birds were few and far between but we saw Masked Plover, Australian Ibis, Little Pied and Little Black Cormorants, Dusky Moorhen, Maned Duck, Pacific Black Duck and lots of Silver Gulls. 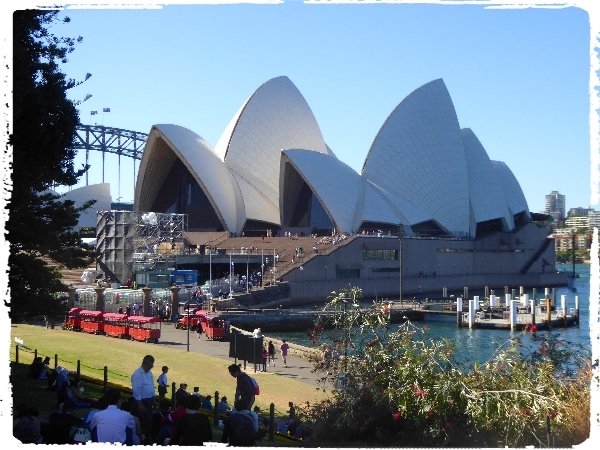 Our prized sighting was found by Jeff, a Powerful Owl sat in the shadows of a large tree, this magnificent creature feeds on flying foxes and there are plenty of those around Sydney. 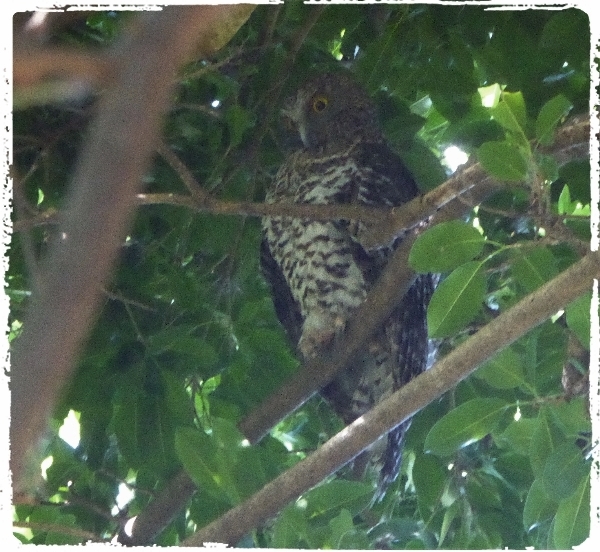 After doing the ‘tourist’ walk around the Opera House and Sydney Bridge area we set off for Manly Beach area. Rob our new guide picked us up in the bus and drove us across Sydney Bridge towards Manly. We stopped at Middle Head where fantastic views of the Harbour could be had. An old army camp still stands on the headland and plenty of trees cover the camp and car park. We saw White-bellied Fish Eagle, Rainbow Lorikeet, Red-Wattle Bird, Pacific Koel (two in the car park), and Spotted Pardalote. 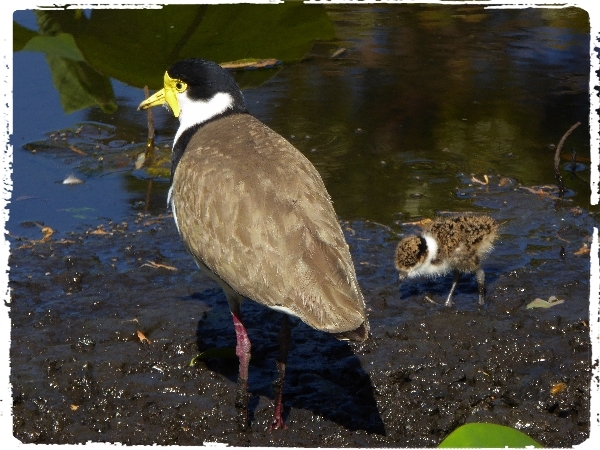 Southern Masked Plover - notice the mask is much less developed on this southern sub-species compared to the birds we saw in Queensland. 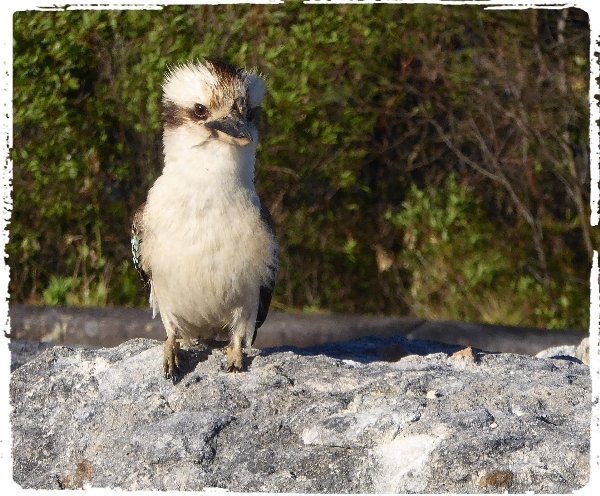 Laughing Kookaburras can be seen everywhere! 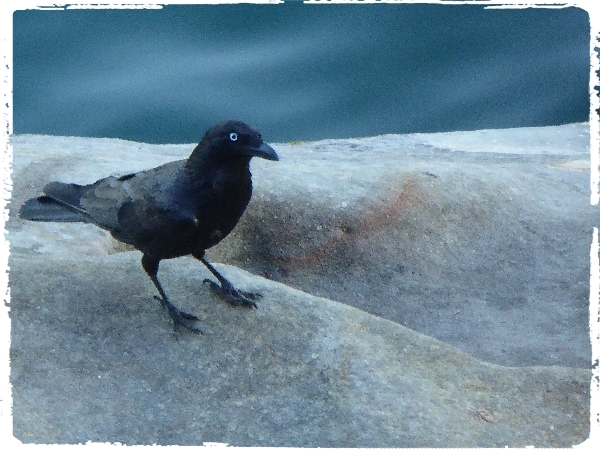 Australian Raven, more like a crow, sometimes​ the eye looks blue instead of white as in this case

Near Manly we stopped at Little Head to watch over a small cove where Little Penguins breed, these tiny creatures return to their nests at dusk forming 'rafts' as they swim back, so we waited until then. Australian Raven, Darter and more Silver Gulls were seen during our vigil. The Penguins failed to show so we left, it was now 7:30pm and dinner was calling. We ate inba restaurant in Manly which was packed with day trippers, the food was good, we got back to the hotel at 10pm, a long day!