After a lovely breakfast at the hotel Rob collected us at the front door at 8am. We drove across the city and headed Southwest of Sydney passing through the city and onto the highway. The roads were crowded with cyclists, thousands of them, it was a charity cycle event to Wollongong, we just managed to get through to the National Park some 30km down the road. 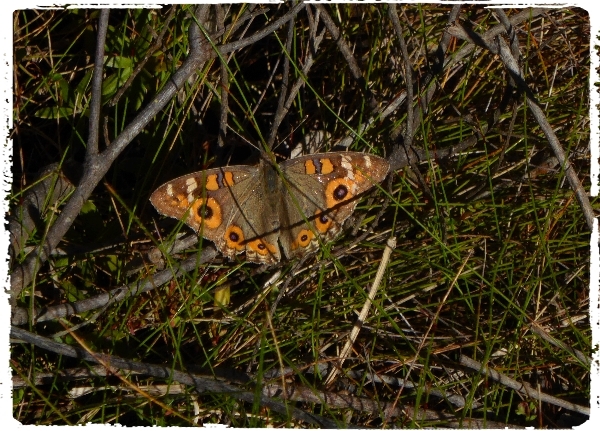 Our first stop was at Wattle Flats where we walked along Hacker’s Creek trail. Many birds were on show it really was very good birding except that none of the birds were new to us. However, we had much better views of some species than on previous occasions, both Sacred and Azure Kingfishers were a good example of this. 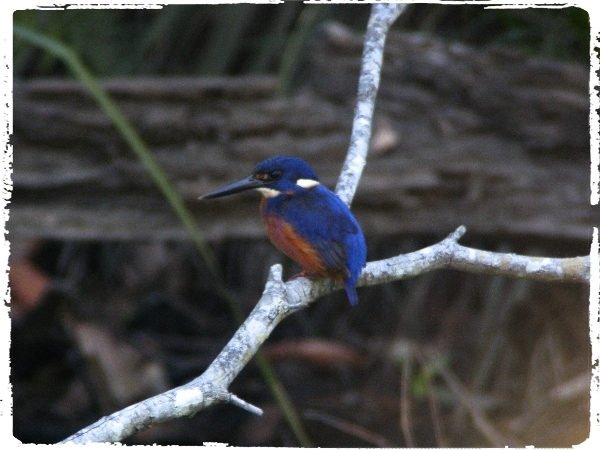 A Pacific Baza sat nicely for us and we had good views of a wealth of other species including White-throated Treecreeper, Golden Whistler, Variegated Wren, Green Catbird, Brown Cuckoo-Dove, Satin Bowerbird and Sulphur-crested Cockatoo. 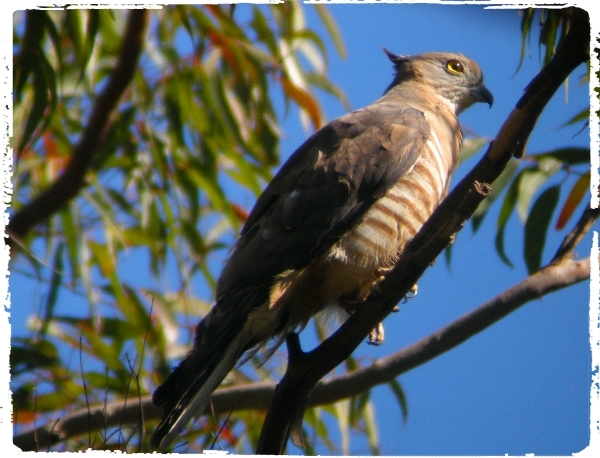 Back at the car park we saw Australian Raven at the nest and a pair of Dollar Birds in a nearby tree. We left the forested area for a walk on the heath at Mount Bass Heathland. The wind was a contributing factor towards our poor list of bird sightings at this site. It was excellent for botanists as many wild flowers were in bloom but few birds showed. A Rufous Whistler showed very well and we saw our first New Holland Honeyeater with Yellow-faced Honeyeater coming soon after and that was about it except for a very brief sighting of Beautiful Firetail by Rob the guide and myself. 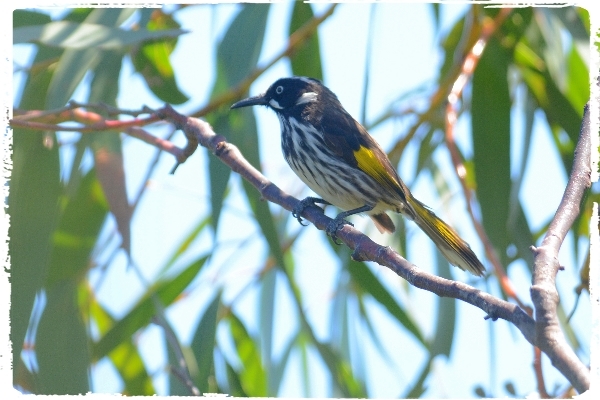 We drove back down to the forest to eat our lunch, we found a sheltered valley where we sat to eat. During lunch we saw a male Cicadabird, New Holland Honeyeater and Satin Bowerbird. From there we left the national park and headed for the hills in the distance. The Barren Grounds Nature Reserve is a protected nature park located in the Southern Highlands region southwest of Sydney. The 2,024-hectare reserve is situated east of Budderoo National Park where we also took a walk. 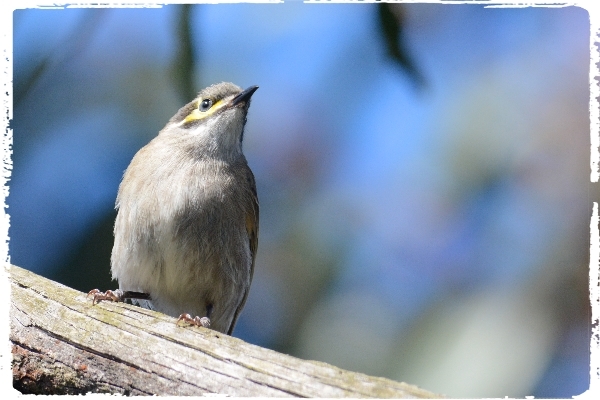 We tried several trails at Barren Grounds but it was quite windy and not many birds were showing, we all got good, but brief views of Southern Emu-Wren (named because of its tail feathers being very much like the feathers of an Emu) but not much else. At Budderoo we had the same result, no birds showing, we did hear an Eastern Bristlebird calling but it never showed. 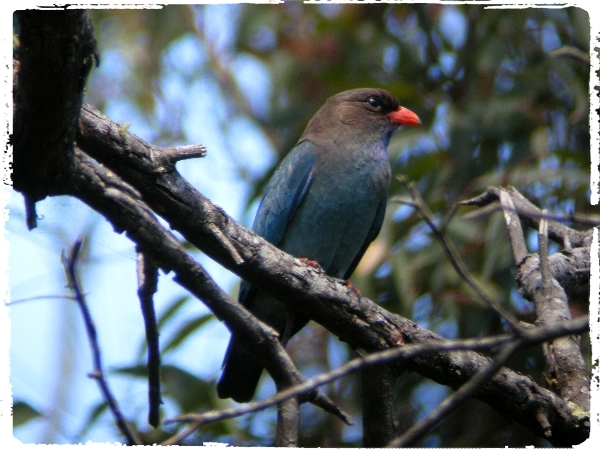 Dollarbird - the only Australian Roller

It was getting late so we gave up looking for Ground Parrots and Bristlebirds and drove down to Kiama where we ate dinner in an Australian pub. We never got back to our hotel until 10pm!