It was another glorious morning and another lovely breakfast at the Arts Hotel, Sydney. T oday we were off to the mountains so we were all packed and on the bus by 8:15am and headed north west through rush hour traffic! It took an hour to reach the other side of town, at Homebush Bay. 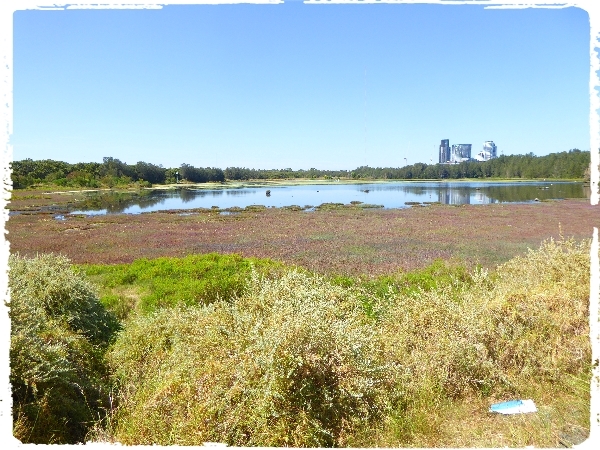 During the trip we logged a number of species, the most significant was Red Wattlebird simply because many of the group had not seen one yet!

We parked up and walked to the water-bird conservation area at Homebush Bay, crossing a river over a road bridge by foot. From the bridge we saw several species, Nankeen Kestrel, Black Bittern, Musk Lorikeets, Rainbow Lorikeets, Sulphur-crested Cockatoo and lots of Common Mynas. 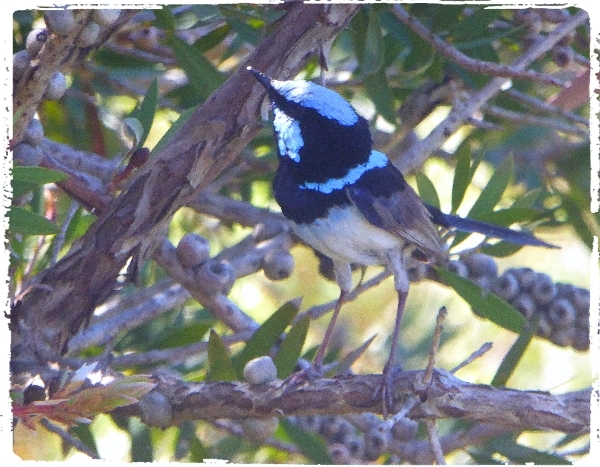 The track to the bay took us through mangroves where a Buff-banded Rail was seen and a new Honeyeater was added to our list, the White-plumed Honeyeater showed well, we also saw Yellow-faced Honeyeater, Red-browed Firetail and Superb-fairy-wren, in fact from the hide we the had the most fantastic views of these beautiful little wrens, which made up for the lack of birds in the bay. We had hoped for Australian Avocet but the last two remaining birds had gone we only saw Pied Stilt, Black-fronted Dotterel, White-faced Heron, Grey and Chestnut Teal, Dusky Moorhen and a few Pelicans, Cormorants and Silver Gulls. 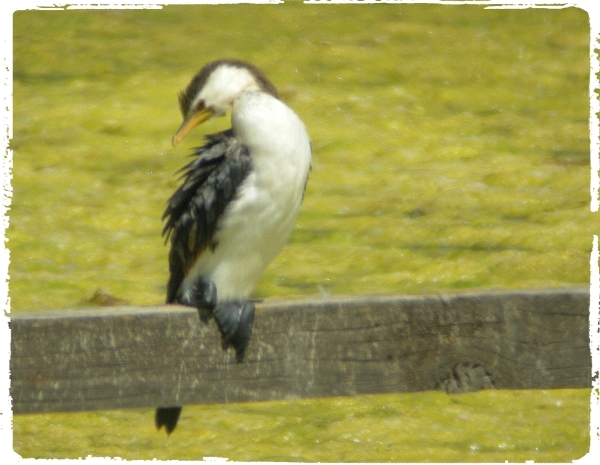 Not far us was the Sydney Olympic stadium and all the pools and lakes that go with it, Rob took us to a number of small pools where we looked for various species of duck and a site for Little Bittern. None of our target birds showed up but we did a number of others, the Australian Reed Warbler showed very well for the group and a Brown Goshawk circled over us.

We then set off in earnest and headed for the mountains arriving at a small town called Lawson at lunchtime. We ate our picnic lunch in a local park where various lizards, butterflies and a few birds kept us busy, a juvenile cuckoo (well photographed) caused a stir for a while but we decided on Fan-tailed Cuckoo in the end. From the picnic site we walked along two tracks that led steeply down to a couple of waterfalls which must look spectacular in the rainy season. These sites had the potential for Rock Warbler but not much was seen at all except some wonderful scenery a plethora of wild-flowers and butterflies. 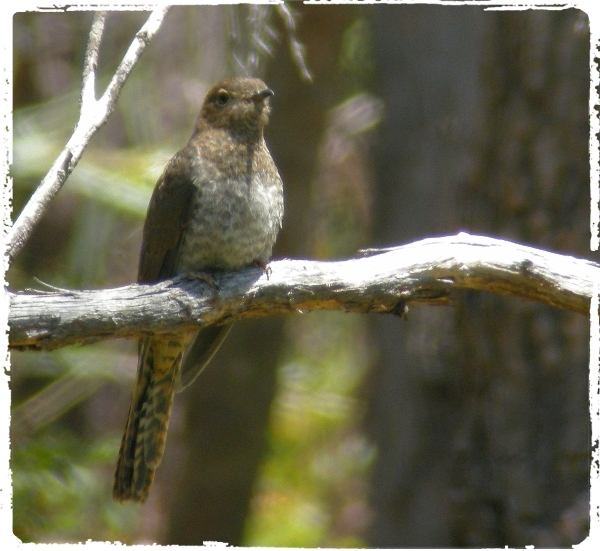 Back up on the top track we listed a few species; Grey Fantail, Brown, Long-billed & Striated Thornbills, Lewin’s and Yellow-faced Honeyeaters. 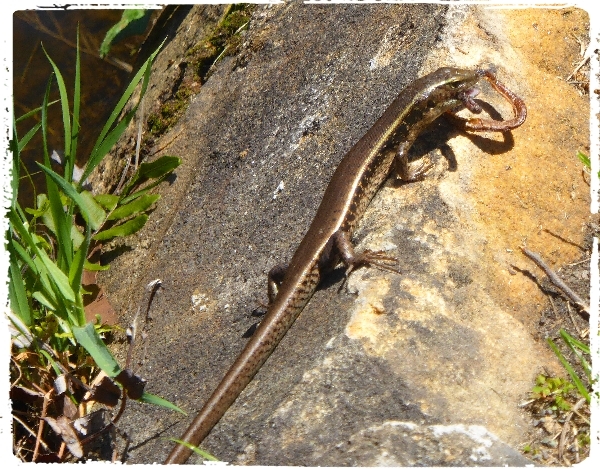 We pushed on to Blackheath where we checked into our guest house and after a quick cuppa we were back out again. The Superb Lyrebird was our next target we drove down a steep lane and into some rain forest. Another unproductive walk down a steep track produced not a single bird! So we climbed back up to the road and walked there, this was better and some of the group did see the Lyrebird but not well and a prolonged silent vigil didn’t produce much either. 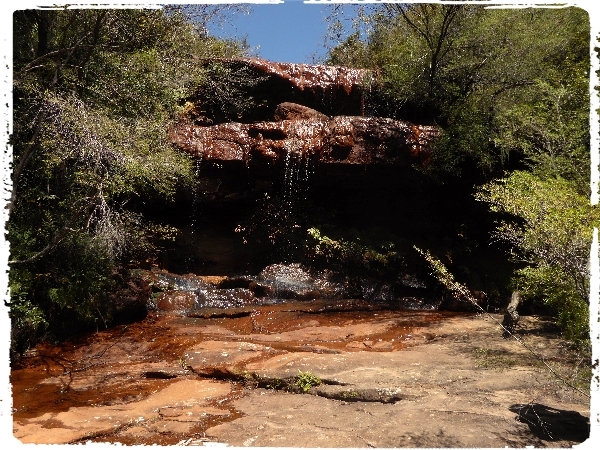 It was now getting late the sun was dropping from the sky so we drove a short distance to a popular look-out point called Evan’s Look-out. The views were magnificent and the setting sun added to the beauty of the rocky escarpment. We search again for Rock Warbler but drew a blank, the only new species listed was a Scarlet Robin, a female, it flew up from the road as we drove back to the guest-house and only a few of us saw it, albeit very briefly.

A superb meal was enjoyed at a local Thai restaurant, our bird log was done back at the house, despite not seeing many new species we actually listed 72. It has been frustrating during the last couple of days, we have only added 10 new species to our tally in 2 ½ days in Sydney! Lets hope Capertee Valley over the next couple of days lives up to expectations!!