Our penultimate day saw us heading north of the city to a couple of marshland reserves with some forest, we had a few species on our wanted list that we needed to look for. Warrie woods Nature Reserve lies on the edge of a suburban sprawl, it has a very popular boardwalk and cycle track that leads you through forest, over a couple of pools, marshes and open grassy areas. Despite the track being very busy with people there was a surprising number of bird species present. 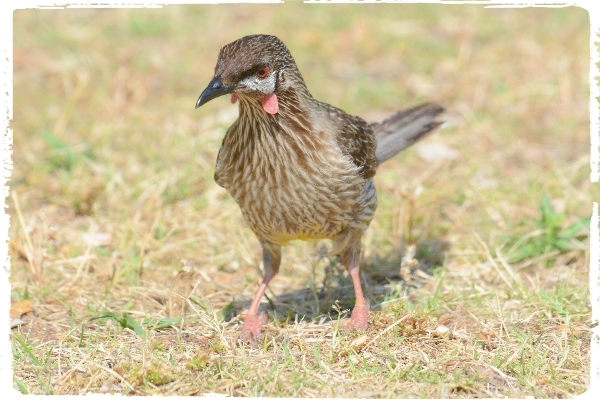 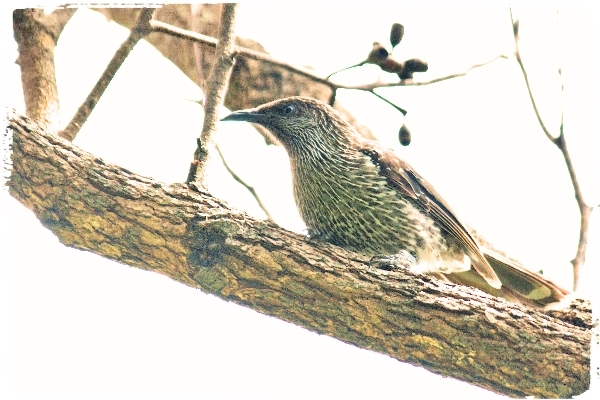 One of our first sightings was of a Brown Goshawk which flew low over the trees causing panic and chaos amongst the scores of Rainbow Lorikeets. We then found Little Wattlebird a species that had eluded us so far it fed on flowering Oleanders with Lewin’s & Yellow-tufted Honeyeaters. 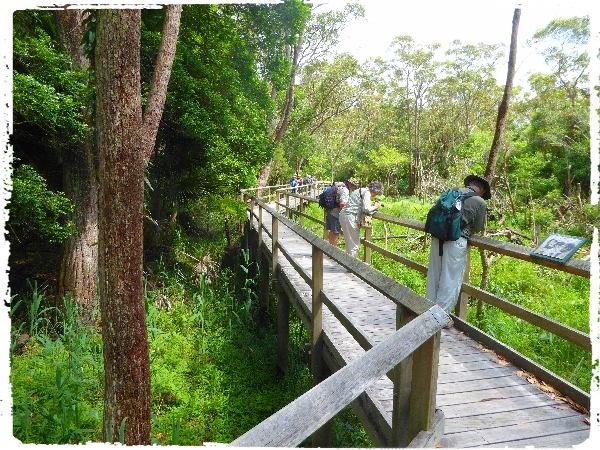 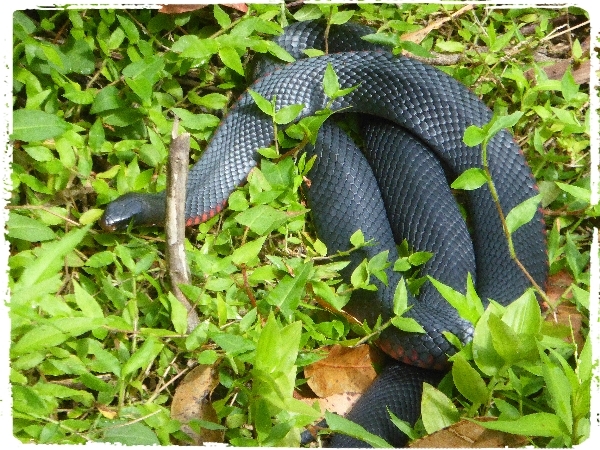 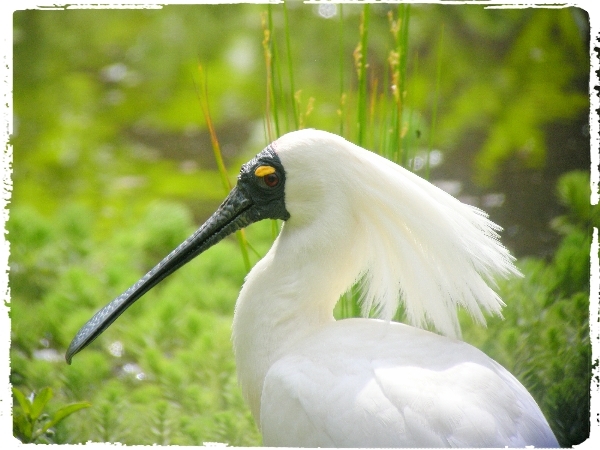 In the woodland-section of the Irrawong track we saw Laughing Kookaburra, Dollarbird, Noisy Miner, Red-browed Firetail, Grey Fantail but not much else. We returned to the bus along the same route not adding much to the list.

After a quick coffee stop we drove to Ku-ring-gai Grove National Park which was very close, the wind had picked up a little and as we were walking along an exposed track along a ridge it got quite blustery but it remained hot. For this reason it was hard to find any birds at all! We managed good views of Yellow-tufted and New Holland Honeyeaters but nothing more.

The rest of the day was spent at Long Reef, a headland that overlooks a large platform of rock that is exposed during low tide periods, it is also good for sea-watching. We ate our picnic lunch first before walking to the Point of the headland. We could see several birds on the rocks and some were feeding in the pools, White-faced Heron, Pied, Little Black and Great Cormorants and Sooty Oystercatchers were all noted from a distance. 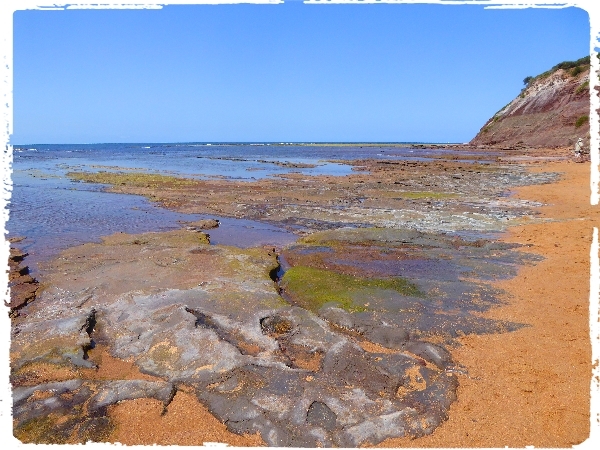 View towards the Point at Long Reef

As we got nearer to the Point we watched a family party of Nankeen Kestrel with two newly fledged chicks and we added a few more waders to the list; Red-necked Stint, Pacific Golden Plover, Ruddy Turnstone and Grey-tailed Tattler. 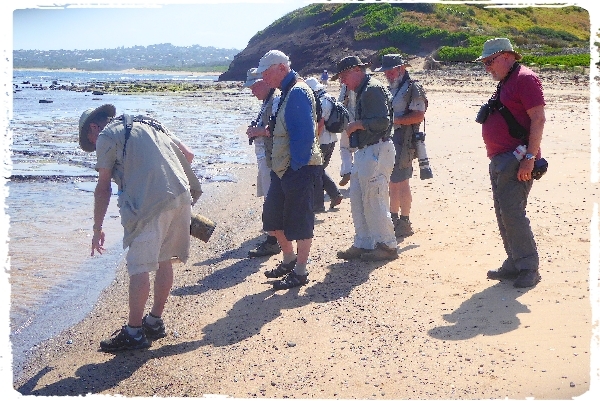 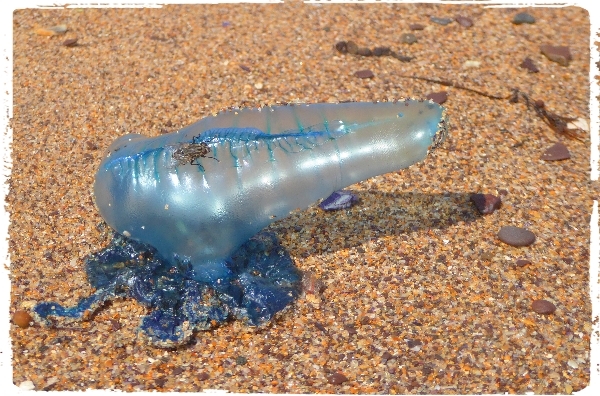 Lots of ‘Blue Bottle’ jellyfish were washed up on the shore and to our great delight we saw a pod of Indo-Pacific (Inshore) Bottle-nosed Dolphins and whilst we were watching them a couple of Humpback Whales swam passed flipping their tails high out of the water. 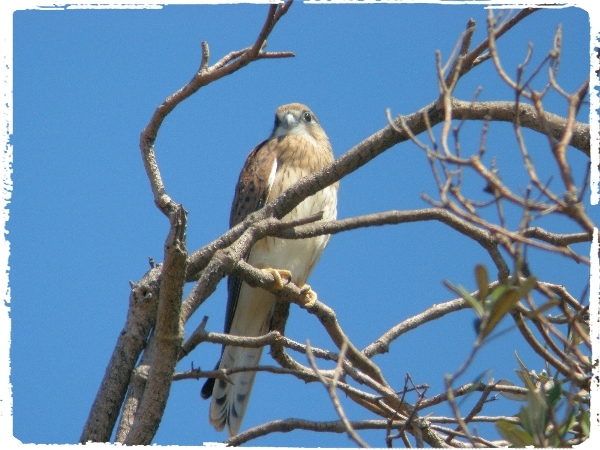 We climbed to the top of the Point and looked out to sea where we saw Australasian Gannet, Wedge-tailed Shearwaters and more Dolphins. The weather was just beautiful, lovely sunshine, a cooling breeze and great light. Our walk back to the car park produced sightings of Red Wattlebird, Little Wattlebird, Pacific Koel (male) and on an adjoining golf course we noted Crested Pigeon, Masked Plover, Royal Spoonbill, Australian Ibis and Dusky Moorhen.

That was our last birding of the day, we drove back to the hotel and got ready for dinner which was taken in a book-shop, what a novel idea!