Well our last day had arrived and it was a wet one to start with! The 9 of us that opted to go on this pelagic met at 6am for breakfast, at 6:45am Rob collected us and by 7am we were on the quayside at Rose Cove waiting for our boat with 10 other local birders.

The rain eased off as we left the harbour and looking back over the city we could see blue sky emerging from the north. 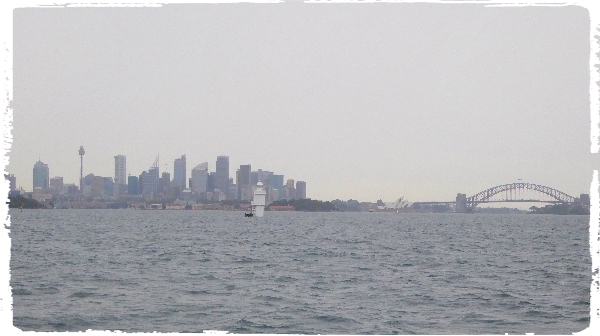 looking back at Sydney in the drab morning light

The outward journey of some 38km was quite uncomfortable, a rough sea meant we had to hold on to the boat with both hands at times with no chance of using our wet binoculars. This continued for two hours then the sky cleared, it stopped raining and it brightened up a lot. Bird seen during this first period were few, White-bellied Sea-Eagle, Wedge-tailed Shearwaters, Australasian Gannet and Silver Gulls. A pod of 3 Humpback Whales were ‘breaching’ not far ahead of us, they jumped up almost completely out of the water, a fantastic sight. 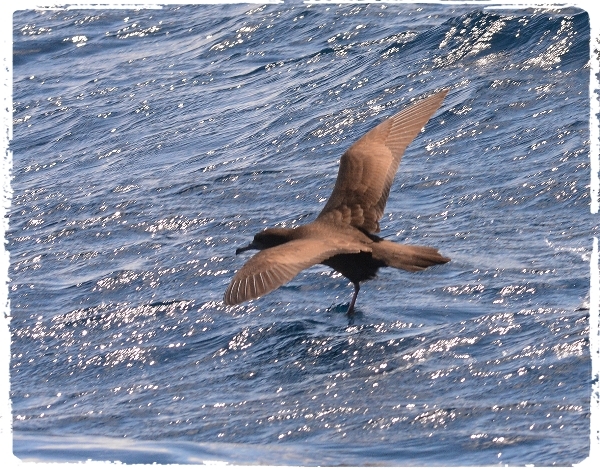 After nearly 3 hours we reached our destination on the edge of the continental shelf above the submerged ‘Browns Mountain’ the sea floor drops from 200 meters to 700 meters around this area, creating a great site for 'upwelling’ to occur. Sea-birds feed here in their thousands. Today we saw hundreds and as we stopped the boat to throw ‘chum’ for the birds things got really exciting. 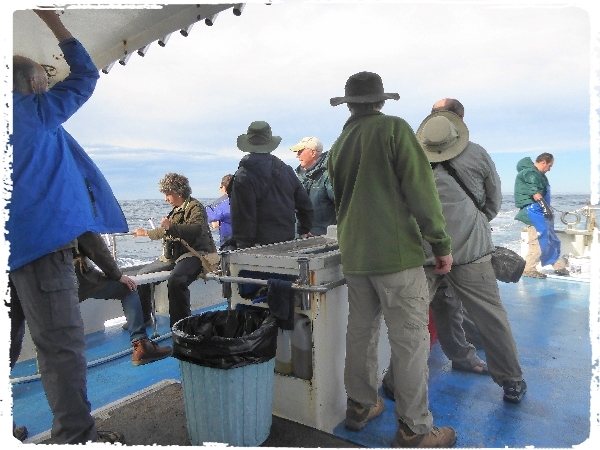 some of the group - holding on tightly!

We saw 4 species of Albatross, with Shy Albatross being the most common and despite its name it was the most approachable. We also saw the recently split White-capped Albatross, the Black-browed and the iconic Wandering Albatross with its huge 3.5 meter wingspan the largest of any bird in the world. It was amazing to see these creatures land or ‘walk’ on the water to pick up the food we had thrown out for them. 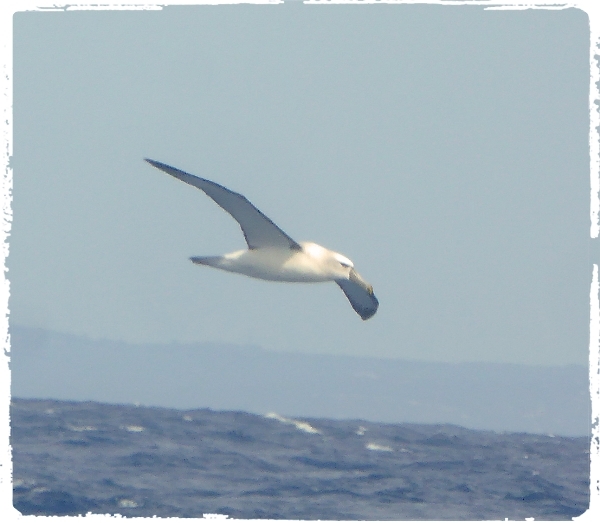 We cut the engine and for two hours drifted on a much quieter sea, we were able to walk freely around the deck without fear of falling, it was an incredible experience for all of us except two guys who were really suffering badly from sea-sickness, (not from our group). 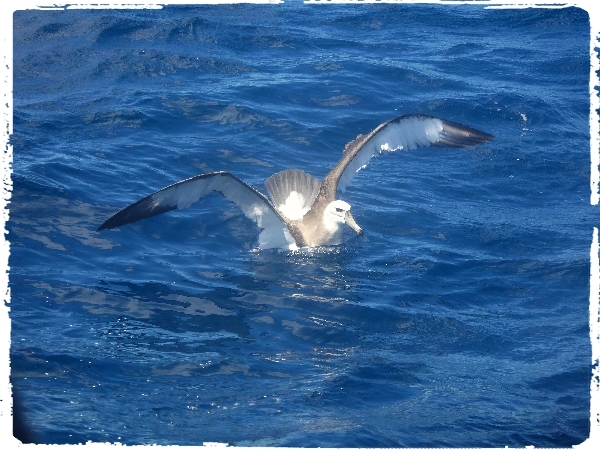 Shearwaters and Albatross dominated our sightings and were visible around the boat all times, Wedge-tailed and Short-tailed were the most common but small rafts of Fluttering and the odd Hutton’s Shearwater appeared regularly.

After ‘chumming’ we soon started seeing ‘petrels’, with the diminutive Wilson’s Storm Petrel appearing in singles every few minutes and Grey-faced Petrels less often. It was almost overwhelming with new ‘lifers’ being called every few minutes. “Providence Petrel” was called out, we dashed to one side to see this rare sighting, smashing. “Flesh-Footed Shearwater” off we go again.  “Jaeger”, or Skua, we saw several of these during the trip, with Pomerine and Long-tailed being the only identified species. 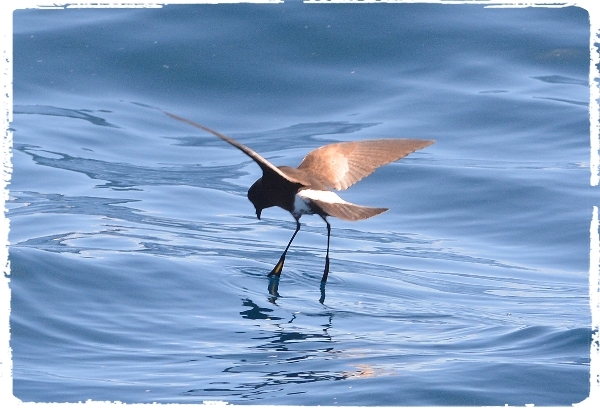 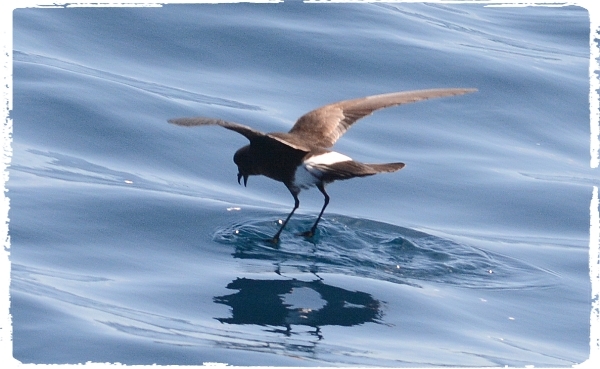 The return journey was spectacular, the sea calmed we were comfortable standing up and we passed through hundreds of rafts of shearwaters, a Maco Shark circled the boat, my first ever shark sighting, it came up to feed on the fish we threw overboard, incredible! A Sunfish was nice to see and a Common Dolphin was seen by just a few of us. 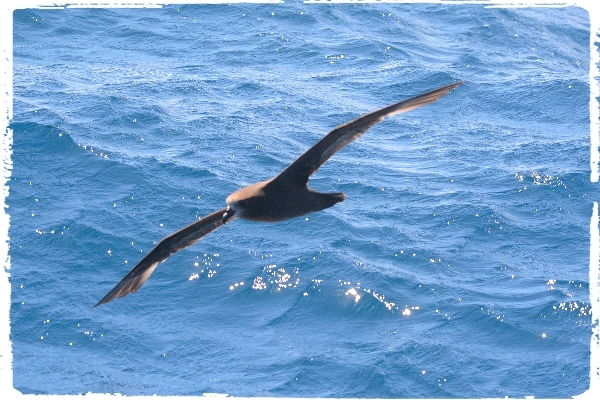 We landed at 3:30pm after 6 hours on the sea, we sat and had a nice coffee on the quayside in the afternoon sunshine. By 5pm we were back at the hotel, it had been a marvellous last day of the tour, a fitting end with some magnificent sightings. Our trip tally was now just over 300 at 308 with a few more heard but not seen, the final list will be released with the trip report shortly. 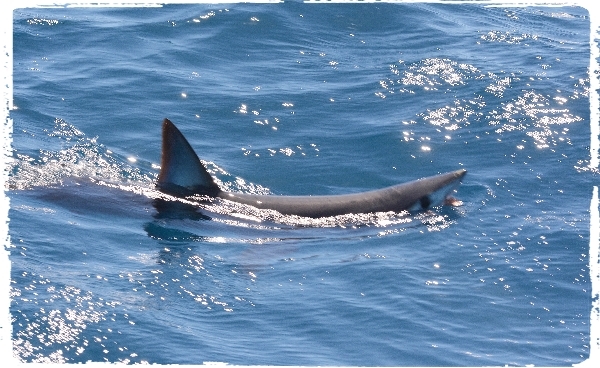 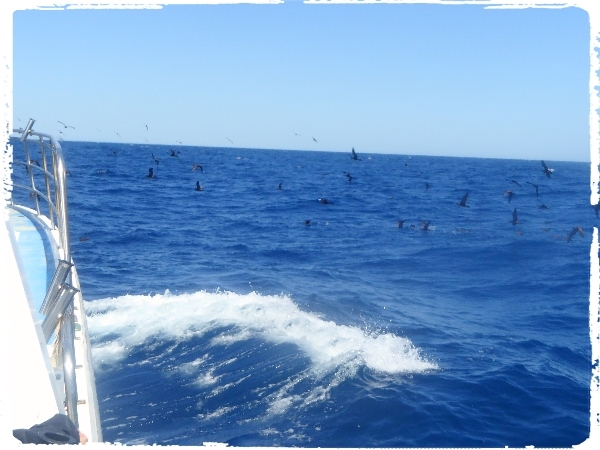 A mixed flock of Wedge-tailed and Short-tailed Shearwaters 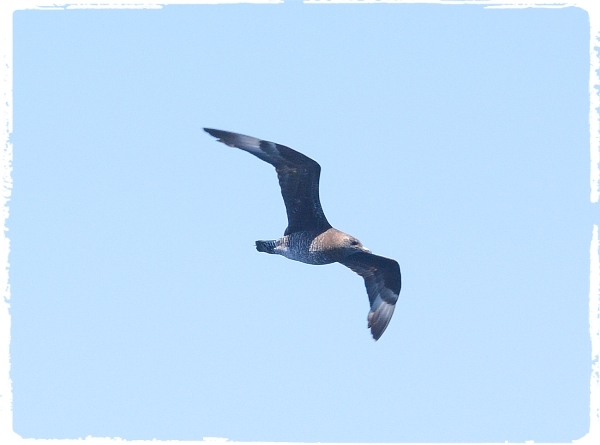 Thank you for following this blog, if you wish to sign up for the 2018 Australian Tour,  get in touch now!