After a very early breakfast we packed up the bus and set off on our way to Atherton, we made planned stops at the Mangrove Swamp, a small park and a shopping centre before we hit the road and left town at 10am. At the mangroves the target bird, Mangrove Robin, failed to turn up and our search in the park failed to produce a sighting of a Rufous Owl! Nevertheless we recorded many species including a few additions to our list including our first Laughing Kookaburra which actually did laugh!

We drove for an hour up over the hills inland towards Atherton, the landscape changed as we got up onto ‘tablelands, the habitat transformed too, from wet tropical forest to dry open forest. It was hot as we stepped off the bus at Davies Creek deep into a eucalyptus dry forest. 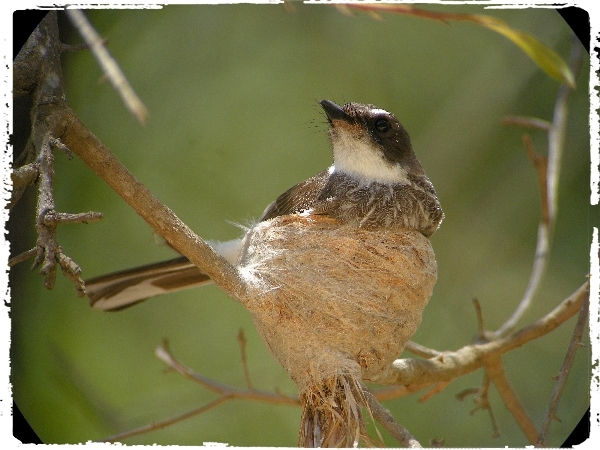 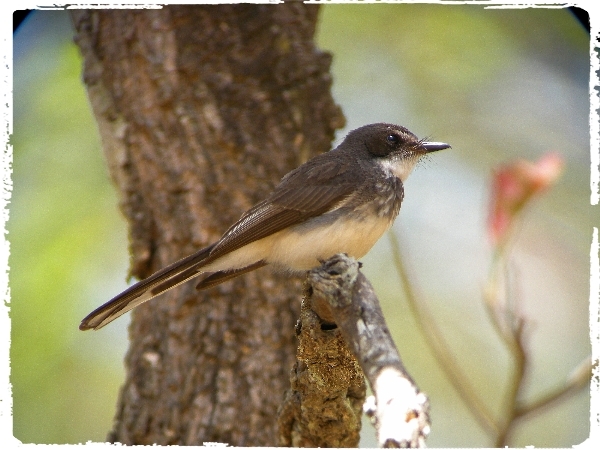 Another Northern Fantail nearby

A pair of Wedge-tailed Eagles circled high above us as we emerged from the bus and as we approached the boulder-strewn creek we saw a pair of Leaden Flycatchers. A short search produced our target species the White-browed Robin and a second search for Rufous Owl produced only a number of Northern Fantails, Pale-headed Rosella, but not the Owl.

We ate lunch at the picnic site adjacent to the car park before driving onto our next destination Hasties Swamp. Barry our guide drove us along a road where he regularly sees Red-tailed Black Cockatoos, we spent a while looking from the bus and eventually found a flock of about 50 of them. We also logged Australian Great Bustard, Pied Currawong, Crested Dove, Black Kite and lots of common species as we drove to Hasties Swamp. 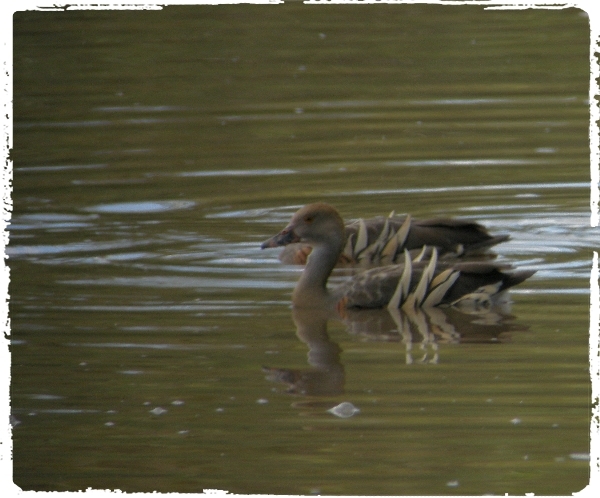 What a great disappointment Hasties Swamp was, the water level was so low that hardly any ducks were present! Last time I visited it was chock-a-block with ducks. Despite the lack of water about a 1000 Plumed Whistling Ducks loafed in the water and we saw about 5 Whistling Kites, they were feeding on dead Whistling Ducks which seemed to be all over the place. We added Australian Swamphen, Buff-banded Rail, Pied (White-headed) Stilt, Silvereye, Eastern Yellow Robin, Chestnut-breasted Mannikin and several Australian Pelicans sat on the water. 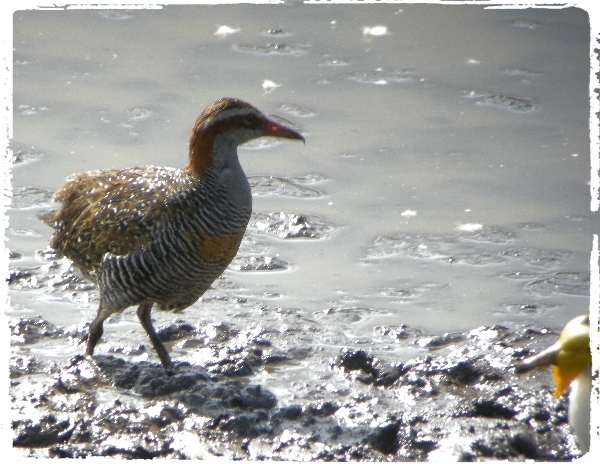 We moved back into tropical forest as we approached Hypipomee national park, our target species was the Golden Bowerbird, Barry led us straight to its ‘bower’ and located the stunning male bird not far away, what a cracking bird! Our walk around the trails produced a number of new bird sightings for us, Bridled Honeyeater, White-throated Treecreeper, Top-knot Pigeon (fly over), Wompoo Pigeon (heard), Victoria Riflebird (heard), Grey Headed Robin and a flock of Pied Currawongs. 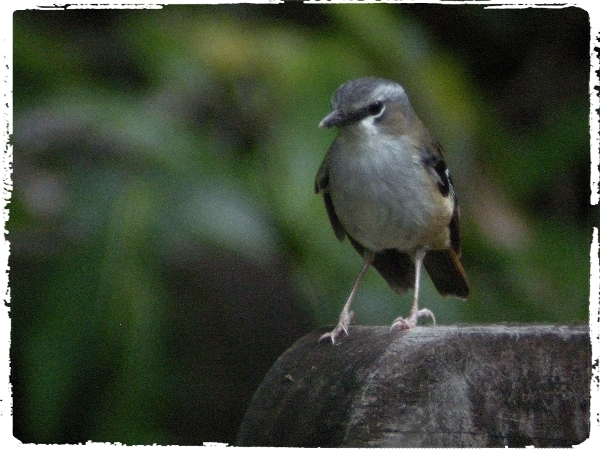 One trail led us to a hugh open sink hole, a small lake had formed at the base of this ‘pit’ and to our great surprize a Duck-billed Platypus was swimming around in it, fantastic!

Back on the road we saw a single Torresian Crow, several Crested Pigeons and more Pied Currawongs.

Our last stop before dark was a huge natural crater called Bromfield, the base of this magnificent caldera had a series of pools and lots of wet scrub. it is a well known roost site of both Sarus and Brolga Cranes. The viewing area on the side of the road was perfect for scoping the whole crater area, we found 7 Brolga Cranes, a dozen Swamphens, another Buff-banded Rail, Black Duck, Dusky Moorhen and half a dozen Australasian Grebes. 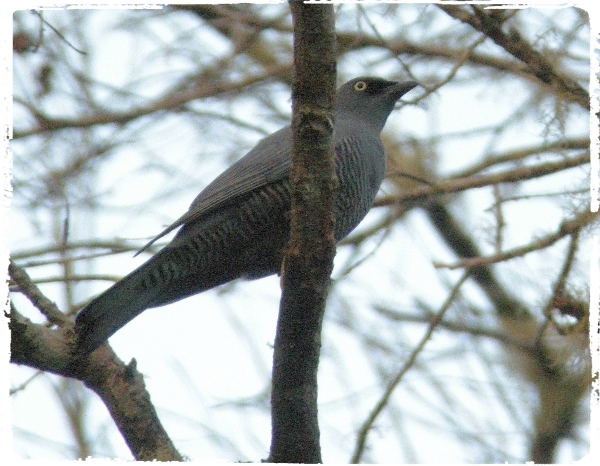 We reached our lodge around 6pm, we watched Barred Cuckoo-Shrike from the car park before settling into our rooms. We then went into town, Maranda, for dinner. On our return to the lodge we saw Bandicoot in the road and from a purpose built viewing platform we watched several Possoms before going to bed.