It was a quiet, subdued day with plenty of rest time and only a half-day birding but we turned up some real goodies! After a 6am breakfast we assembled at the bus for the drive to the top of Mount Lewis, the approach track is in much better condition these days and our 21 seater bus had no problem getting up there. 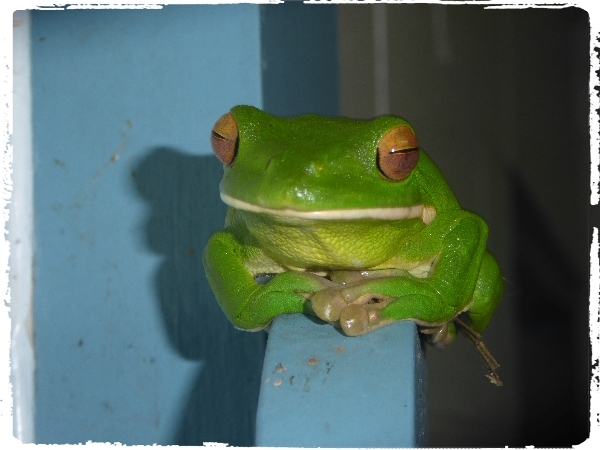 Several sightings of birds were made as we drove up there and we did stop to look for both Fernwren and Blue-faced Parrot-Finch without success. We stopped at an open area at the top and spent some time searching the grassy area for Parrot-Finch but only came up with several species of Honeyeater and some great views of Cairn’s Birdwing Butterfly, the male is strikingly beautiful. 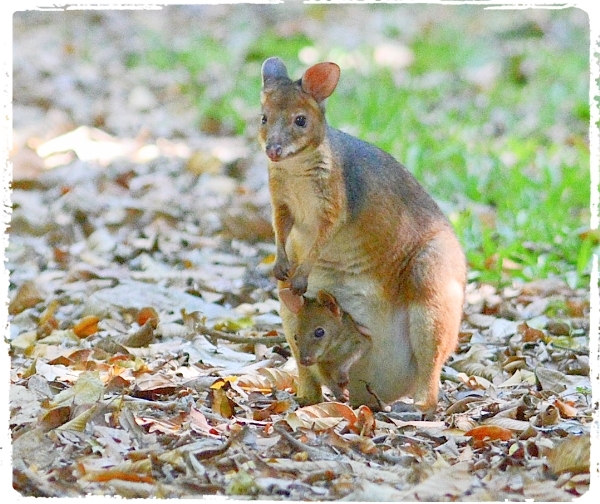 Red-legged Pademelon with a joey - taken by Bob Longhorn

A track into the forest leads you uphill for quite a way then goes down a gentle slope to a small lake, we followed this track all the way, some 2km. It was very typical rain forest birding, the densely packed trees made it difficult to see anything, so despite many species calling we saw very few species. 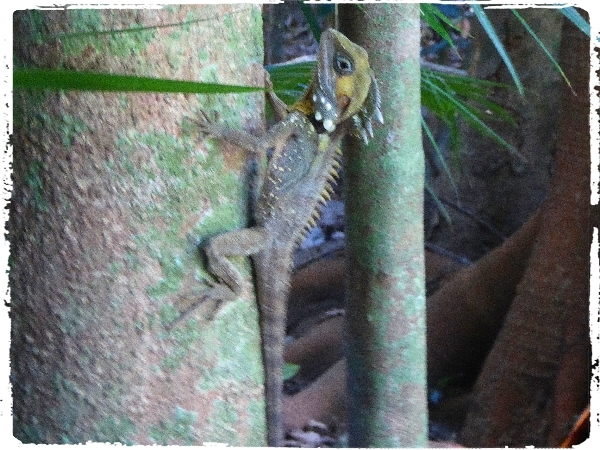 White-throated Scrubwren seemed locally common as did Mountain Thornbill and four or five species of Honeyeater, namely: Lewin’s, Bridled, Graceful, Yellow-spotted and Macleay’s. We finally bumped into a small party of Chowchillas, these enigmatic creatures live in the leaf litter and rarely leave it, this makes it extremely difficult to see them. We found 3 but not all of the group saw them.

Tooth-billed Bowerbird was seen again as was Spotted Catbird and more Mountain Thornbills, we found a large Red-bellied Black Snake at the lake. On our way back down the track a second party of Chowchillas showed much better to those that were willing to wait. 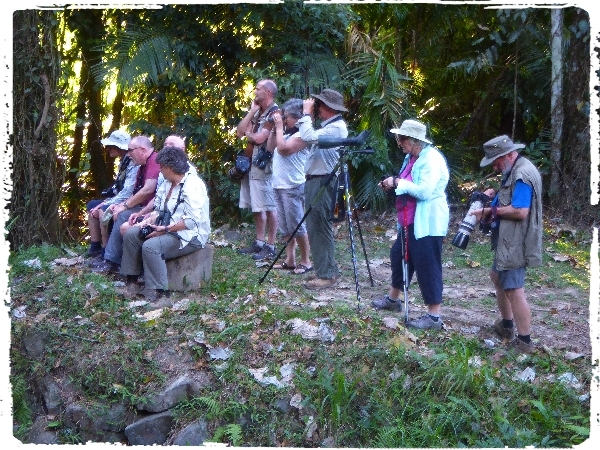 Before we returned to the lodge for lunch we stopped off at a site where very large fig trees were fruiting, we found several Chanel-billed Cuckoos, these huge birds completely overshadowed a bunch of Topknot Pigeons that were feeding in the same tree.

Our lunch was a picnic-style affair we ate outside in the camp-site area and after a break we met at 3:30pm for a short birding excursion fir which most of the group turned out. Two main target species determined where we went, the first being Cotton Pygmy Goose was looked for along a nearby track where a series of ponds looked like promising habitat. At these ponds we list several species including Wandering Whistling-Duck and a Brown Quail (which was flushed by one of the group). The goose was never found. 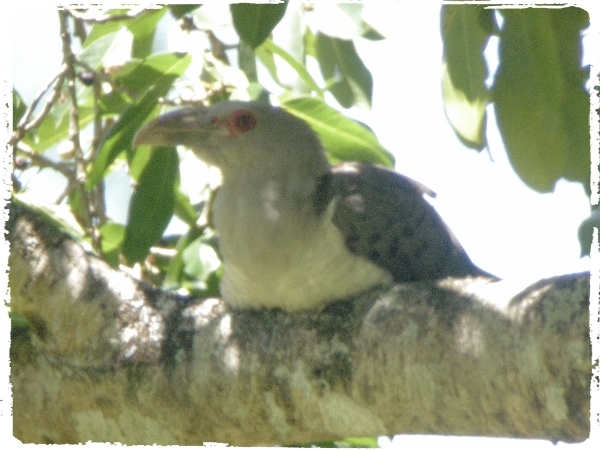 We re-visited the woodland area along Sides Road to look for the Blue-faced Parrot-Finch, during winter. these little beauties feed at ground level in dense vegetation within the forest eating seeds from a particular plant. At Sides road this plant is abundant so we were hopeful of seeing one. However, after looking for nearly an hour we almost gave up when Reg and Mike (T) got onto a small of them, they didn’t show that well but we all saw at least one male and two female birds. 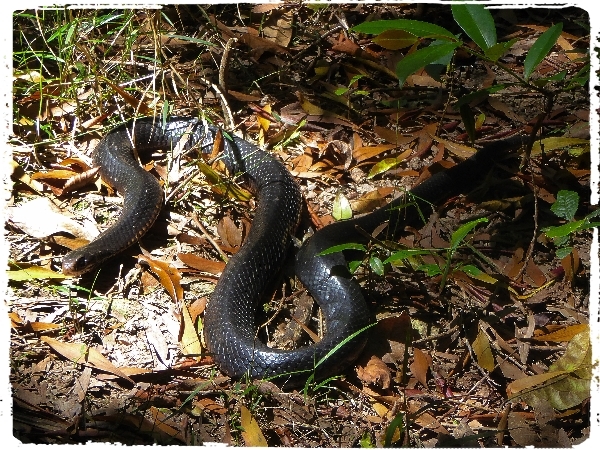 After that excitement we returned to the lodge where we visited a pond in the extensive grounds in the hope of seeing Red-necked Crake which failed to show and just before we went to dinner we walked to a nearby site to watch Barn Owls, which did show.

At 7:30pm we set off for dinner at the same pub as last night, tomorrow we drive northward along the coast to Daintree.