We met nice and early for a stroll around the grounds of Kingfisher Park it was just light as we gathered at 6am, it was a beautiful, clear morning with no breeze and warm enough to walk out wearing tee-shirt and shorts, perfect. Our first encounter was with a flock of over 40 Topknot Pigeons, they were feeding in the canopy of a fruiting fig tree, we also heard a Wompoo Fruit Dove calling and small flocks of Metallic Starlings were zooming across the sky overhead. 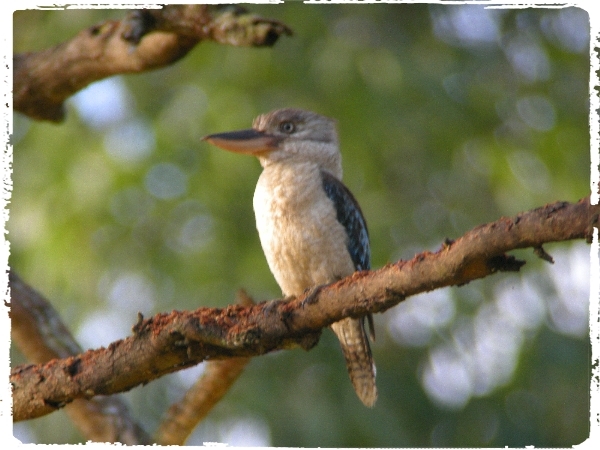 At a small pond we waited in hope of a sighting of the ‘local’ Red-necked Crake but all got was an Emerald Dove, Pale-Yellow Robin, two Orange-footed Scrubfowl and a few Honeyeaters. Our walk took us out of the grounds along a lane to some open meadows and farm buildings, we watched Channel-billed Cuckoos flying over as well as Rainbow Lorikeets, Sulphur Crested Cockatoos, Australian Swiftlets, and several other species. Two of us saw a Red-necked Crake fly across the road behind us. 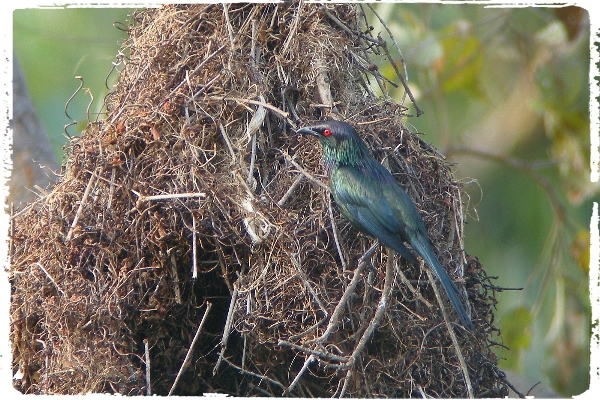 Metallic Starlings at their colonial nest 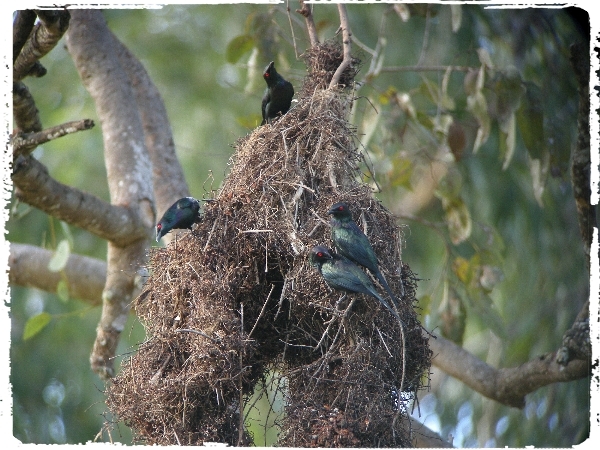 A very tall fig tree provided a home for a large colony of Metallic Starlings, both beautiful and boisterous these busy birds demanded our attention and fully merited our admiration. A bonus was the finding of our first Blue-winged Kookaburra, another beauty and a great find by Stephanie. 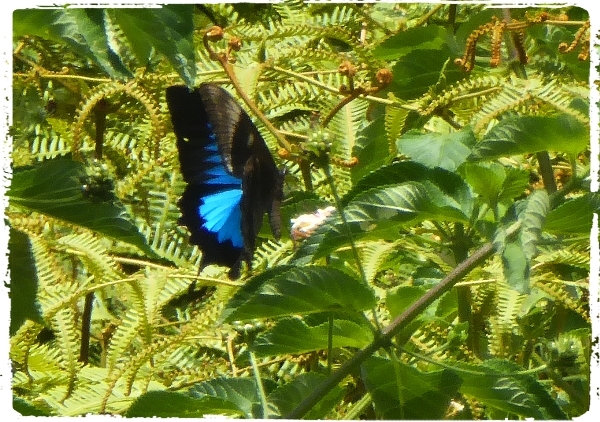 After breakfast we packed our luggage onto the bus, said goodbye to the owners at Kingfisher Park and set off for Daintree, we took a round-about route because we wanted to search for several species in the area. We made lots of stops and our list of destinations was extensive but I’ll mention some of the best.

From Mt. Molloy bridge we drove onto dirt tracks and stopped to watch a few raptors, a Brown Falcon was the best of the bunch because it was perched, but we also saw White-bellied Sea Eagle, Whistling Kite and lots of Black Kites.

A large roadside pool held many birds, we added Straw-necked Ibis to our list and to our great delight another crake went on the list, this time it was Baillon’s Crake, it caused quite an identication debate because it was distant and we watched it through heat-haze. Other interesting species seen were: Royal Spoonbill, Comb-crested Jacana, Great & Intermediate Egrets, Australasian Grebe and lots of Wandering Whistling Ducks.

Other stops failed to produce new species, some of us saw a Noisy Pitta, we all saw Australian Bustard and lots of Fairy Martins. We stopped in Mossman for lunch before taking the coast road to Daintree. A quick stop at Hookaburra Fish Farm gave us the opportunity to see some waders, we listed Common Sandpiper, Pied Stilt, Pacific Golden Plover, Masked Plover and several egrets.

We arrived at Red Mill House in Daintree at 2pm and received a lovely welcome from Trish and Andrew our hosts, we had a quick coffee after settling into our rooms and by 3:30pm we were off birding, it had become quite cloudy and some tropical rain fell for about 10 minutes. 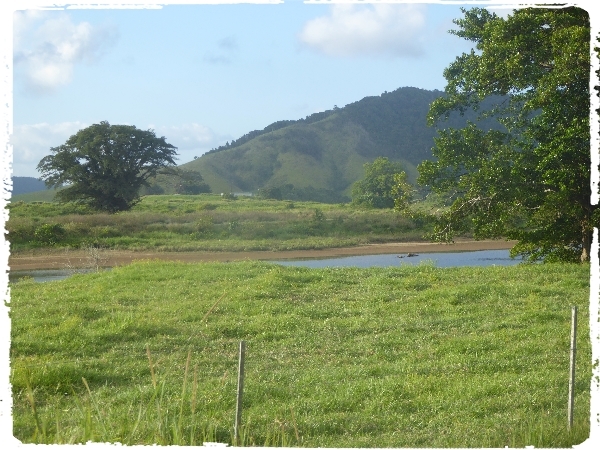 the scenery along Stewart Creek Road

Stewart Creek Road is a dirt track that follows the Stewart Creek it cuts through miles of pastureland surrounded by low-lying rounded hills which are covered in forest. We stopped to watch a few species, Australasian Pipit (formerly Richard’s Pipit) was seen well as was several Forest Kingfishers, Pied Imperial Pigeons and many Bar-shouldered Doves flew up off the track.

Our main target bird was the Buff-breasted Paradise Kingfisher, a must-see migrant species that had been sighted recently along this track, we never it found on this first attempt but I’m sure we will be back. We did find our first Cicadabird, we heard many Green Orioles, Monarchs appeared also Varied Triller and a list of other species. A dozen or so of Spectacled Bats hung above along the wooded track.

We were back at Red Mill House by 5pm and went out for dinner at 6:30pm. I had the best beef steak that I’ve tasted in a long time, others agreed, the Barramundi was excellent too!