It was a day of two halves, the morning boat cruise was full of sightings whilst our afternoon visit out to the Cape Tribulation peninsular was bereft of birds. 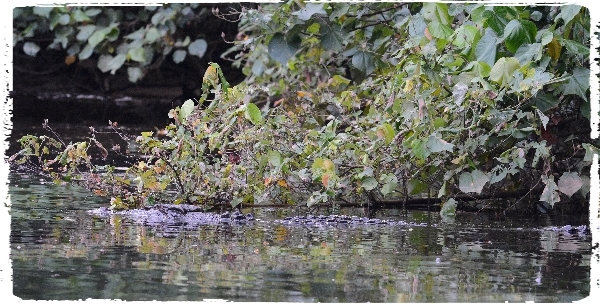 An early start before breakfast saw us down at the quayside at 6:15am in preparation for our river cruise, it was warm but overcast. We notched a few species before we boarded, Green Oriole, Figbird, Rainbow Lorikeets, Metallic Starlings and others were seen in the trees around the car park.

We were welcomed aboard by ‘Sauce’ our skipper (his surname is Worcester) who quickly got us going up river and into a side stream. We found Azure Kingfisher very quickly followed by Shining Flycatcher, those two gems were the best of a bunch of sightings during the first hour. 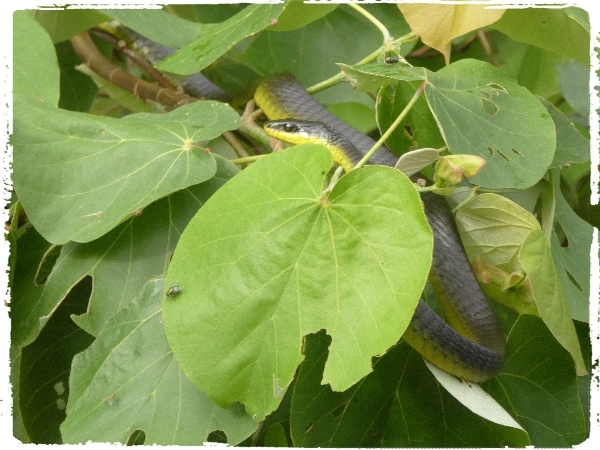 Snakes were grabbing more attention than birds, we were shown first a 3 meter long Amethystine Python, which sat in a tree above our heads then a Green Tree-Snake at eye level. The latter is a beauty and non-venomous. A few more birds made it onto our list as Sauce showed us two Papuan Frogmouths sitting on nests, he pointed out that a number of other species like to build their nests right nest to Frogmouth for reasons unknown, the two Frogmouth nests we saw had a Figbird’s nest and a Hornbill Friarbird’s nest for company! 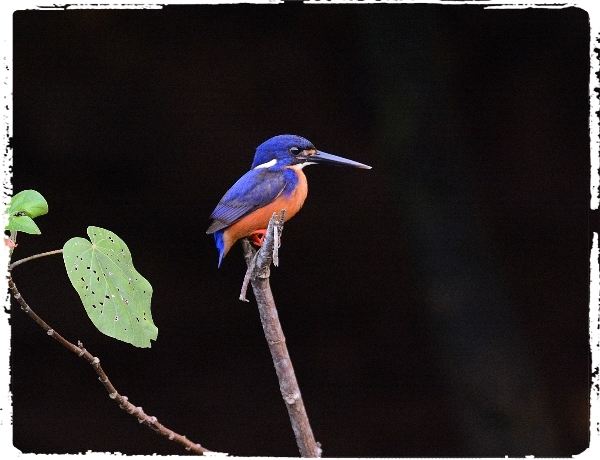 Azure Kingfisher - another one from Bob Longhorn

The best bird sighting of the boat trip came in the latter part of the trip when a Black Bittern flushed from thick cover, it perched a little distance from us and we all had great views of it. Other notable sightings were made of White-bellied Sea-Eagle, Salt Water Crocodile and not much else. 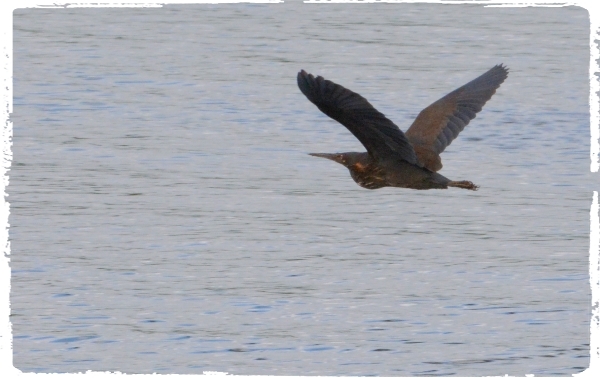 We had a lovely breakfast at Red Mill House and assembled at 10am for our day’s excursion to Cape Tribulation. After crossing the river Daintree by Ferry we made our first stop at Cooper’s Creek we walked along the beach to the river mouth hoping to see Red-capped Plover and Beach Stone-Curlew, we saw the former with Greater Sandplover. Out on a small island we saw two Reef Egrets and a flock of Sooty Terns before we set off. 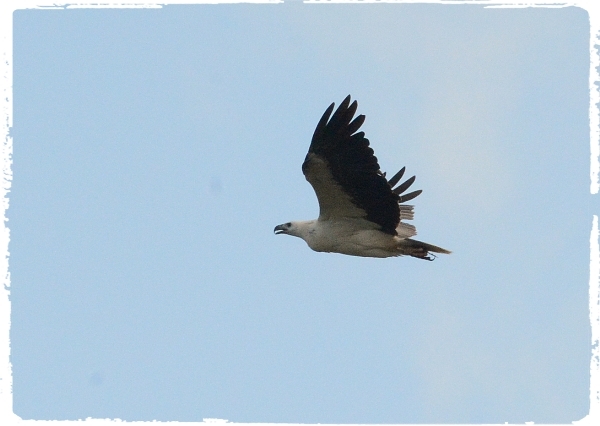 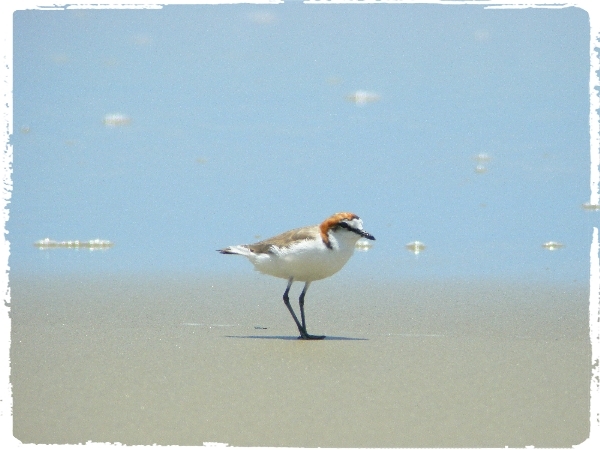 The next two hours was spent visiting two contrasting areas of the Cape, the first was a mangrove swamp, we had our picnic lunch before taking a lovely walk along a well-used boardwalk. Not many birds were to be seen, if any, but it was interesting to see so many different species of Mangrove trees and to read the information boards. 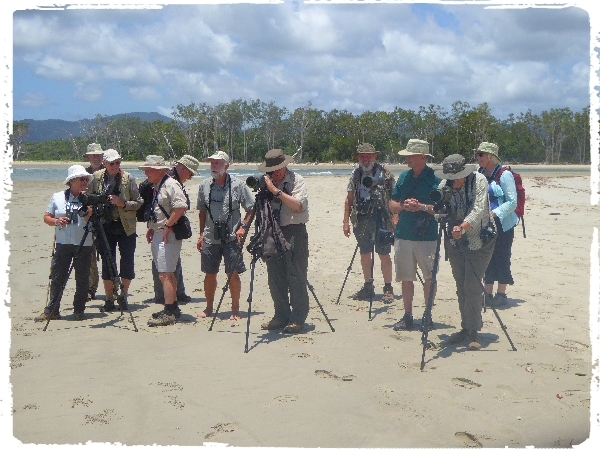 on the beach at Cooper's Creek

Lastly we took a walk along another well-maintained boardwalk into the tropical forest, we saw more birds in the car park than in the forest. The best of the sightings was a pair of Wompoo Doves, stunnibg birds found by Lorna who incidentally was celebrating her 45th wedding anniversary with Mike, well done on both counts! 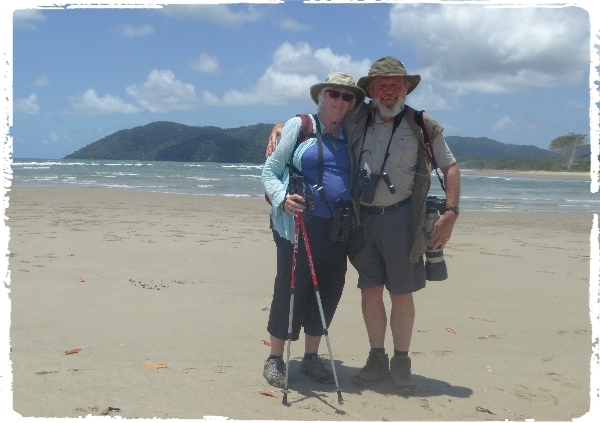 Lorna and Mike - thier 7th Wingspan Tour and their 45th​ year of marriage!

We returned to Red Mill House at 5pm and had dinner at the local restaurant at 6:30pm I guess I was in bed by 9pm again.