We transferred from Daintree back to Carins making several stops along the way but before we set off we had a date with a Buff-breasted Paradise Kingfisher. We set off at 6am for the short drive to Stewart’s Creek Road it was a glorious morning, clear sky and no wind. A Pheasant Coucal showed well in a roadside tree, this was the first good view of this species we had had so far. 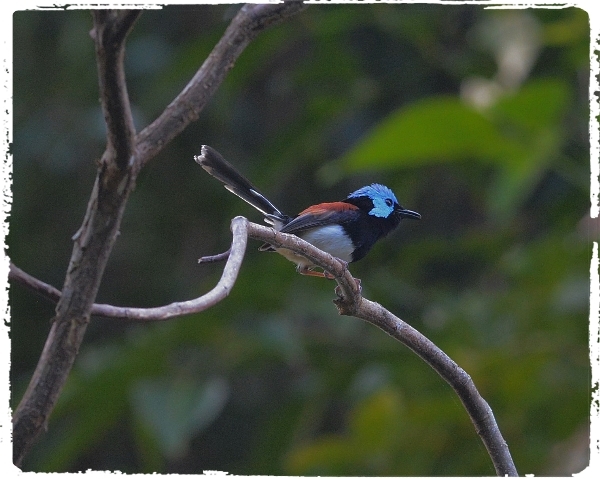 We searched the wooded track for about an hour for the Kingfisher to appear but no sight nor sound of this elusive gem was had. Not to be deterred we walked a couple of side tracks and found other species, the Lovely Fairy Wren is an absolute beauty a small flock of them entertained us for a while. Cicadabirds showed better than before as did Fairy Gerygones. Other species listed included: Green Oriole, Figbird, Rufous Fantail, Varied Triller, Spectacled Monarch, Olive-backed Sunbird.

We bumped into a photographer who had seen the prized Kingfisher a little while earlier so we walked to the spot he directed us to. Sure enough, at least two birds were there, they called constantly from within dense forest but neither of them showed even though one of them came very close to us!! How frustrating was that? 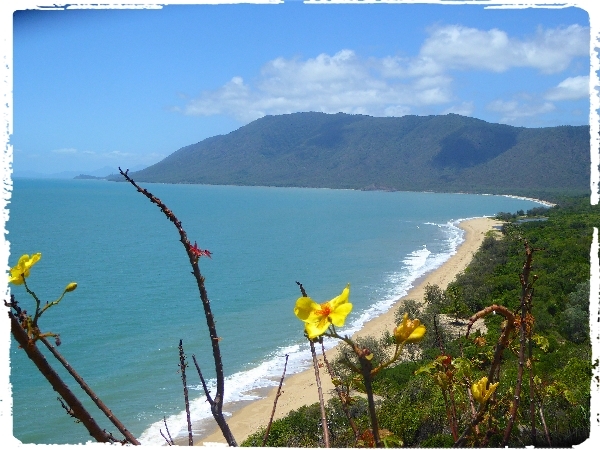 After another superb breakfast (almost a full-English), served up by Trish and Andrew our perfect hosts, we set off for the drive south making our first stop at Mossman. Just behind the Mossman main street and very close to a sugar beet processing plant we watched a large Metallic starling nesting colony, these birds looked stunning in the morning sunlight with their iridescent plumage reflecting green, purple and midnight blue.

Views of the stunning Queensland coastline could be had from various view-points along the main road, we pulled over on a couple of occasions, at the first we saw a Crocodile swimming offshore, it was about 800 meters from the shore, scary stuff! Our second rest-stop produced sightings of a Sooty Oystercatcher, what a star this bird posed nicely for the cameras. 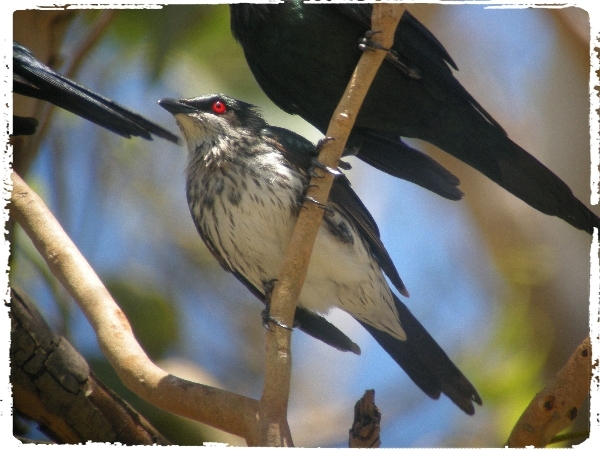 Just north of Cairns you can find the Sky-Rail and the Aboriginal Cultural Centre called Tjapukai, we opted for the cultural centre where we had lunch and a two-hour guided tour. We were given the opportunity to refine our boomerang and spear throwing skills as well as being entertained with dance and music shows and mini-cultural lectures, the whole experience really was interesting and informative but a little like a ‘disney-world’ show.

At 3pm we drove up the hill towards Karunda turning off near the top onto to a private estate where we were met by Perry a good friend of Barry’s our guide. We took the bus onto this 100 acre forested estate and within minutes we were watching a Cassowary! The bird came very close and over the next hour we had several sightings of this magnificent female, we also saw a smaller male bird a little later. A pair of Bush Stone Curlews also showed well, they hissed at us when we got to close. Well what a great experience for us all and a sighting we are unlikely to top! 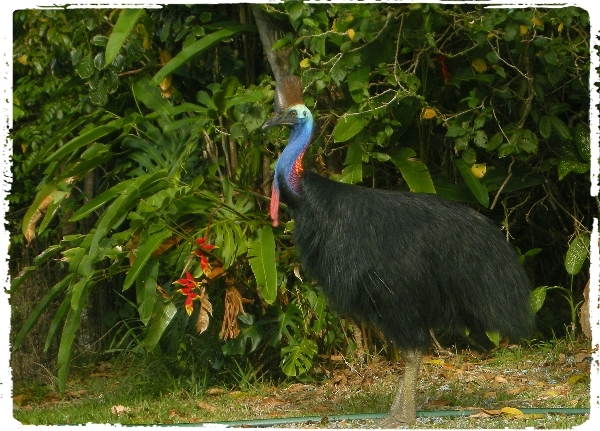 We left Perry at 5pm and dropped down to Cairns where we visited the mangrove swamp once more to try to see Mangrove Robin for the benefit of Helen & Jeff who had not yet seen it. Fortunately for them the bird showed well but our attempts to see Long-billed Gerygone went unrewarded. 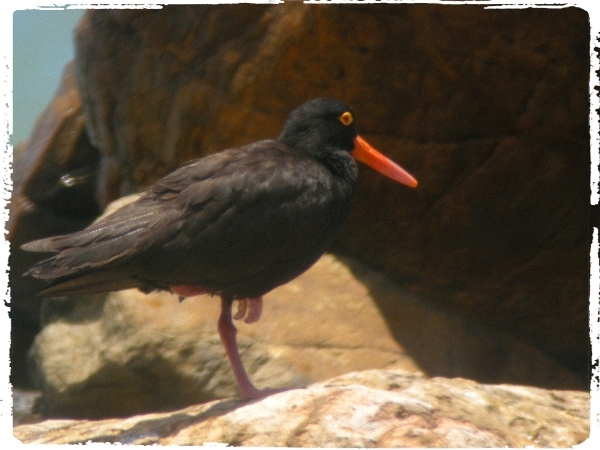 From the northern tip of the esplanade we scanned the mudflats and produced a nice list of waders, nothing new for the trip but nevertheless they were nice to see. Terek Sandpiper was the best of the bunch. This was our last birding excursion in Northern Queensland, tomorrow we fly down to Brisbane – very early in the morning! Dinner at our Cairn’s hotel was superb after which we called the bird log, we have now seen 209 species.