I had a super breakfast with Dan and Gail on their open terrace, Dan made his speciality crepes  the view over the forest and down to the coast is to die for, Kookaburras were laughing and Orange-footed Scrubfowl called loudly. I saw Brush-Turkey in the garden and both Sulphur-crested Cockatoo and Pied Imperial Pigeon flew over.

My return visit to Cattana Wetlands was as good as the first two years ago, even the mozzies were delivering quality bites!  Though not brimming with birds there was enough to keep me occupied, it took a while to get out of the car park because so many birds were flitting about. As for calls, well I’m never going get on top of all of those! 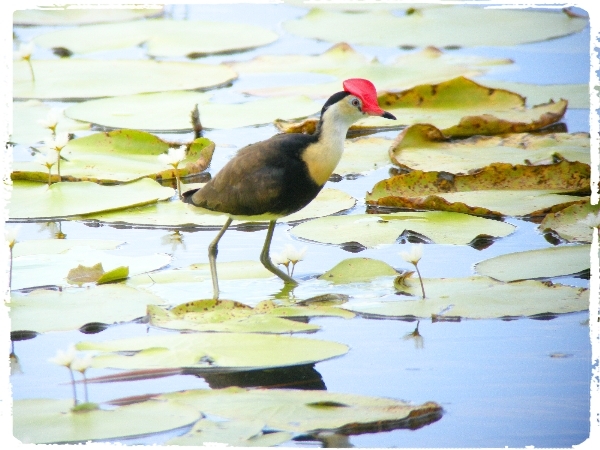 Flocks of Metallic Starlings shot over me whilst Olive-backed Orioles called and Figbirds ate figs, I spent a while sorting out the martins, hirundines and woodswallows that were hawking insects over the trees, then I set off onto the reserve. A series of large ‘tanks’ hold large bodies of water covered in lilies, ideal habitat for the Comb-crested Jacana, Green Pygmy Goose & Little Pied and Little Black Cormorants. I was a little disappointed with the lack of ducks, herons and egrets etc. but the smaller passerines were good. 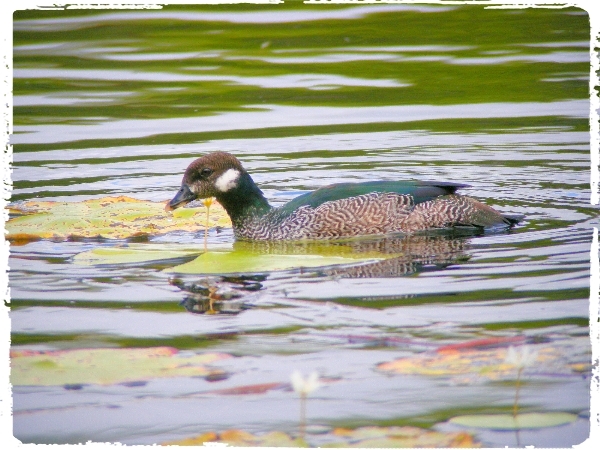 I had excellent views of both Nutmeg & Chestnut-breasted Mannikins, Crimson Finch, Golden-headed Cisticola, Brown-backed Honeyeater, Black Butcherbird and lots of common birds. I left after about 3 hours because I wanted to get to Cairns beach before high tide. 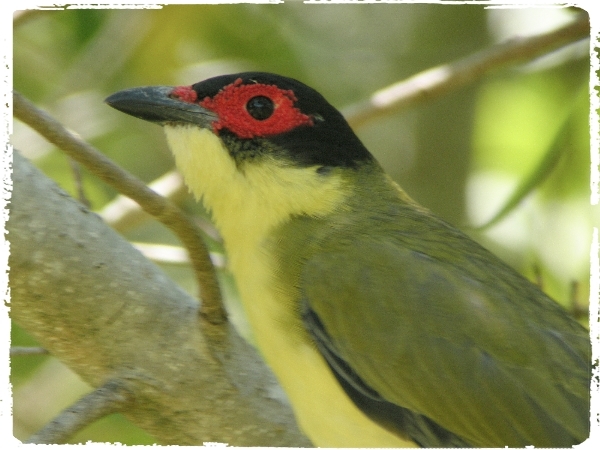 A male Figbird - a beauty, eh!

At Cairns the tide was almost at its highest just as I got there so not many birds were left on the fast disappearing mud. However, one goodie remained with the godwits and the Great Knots and that was the Terek Sandpiper, my best views ever of this enigmatic bird. An Eastern Curlew was fairly close too. Just then I bumped into Bob Longford and we walked along the grass verge to the mangroves. Many birds were feeding there, we caught up with a number of good species, Mangrove Robin was one of them, Spangled Drongo was another, Collared Kingfisher, Restless Flycatcher, Brown Honeyeater, Spotted Turtle Dove, Peaceful Dove and many more. 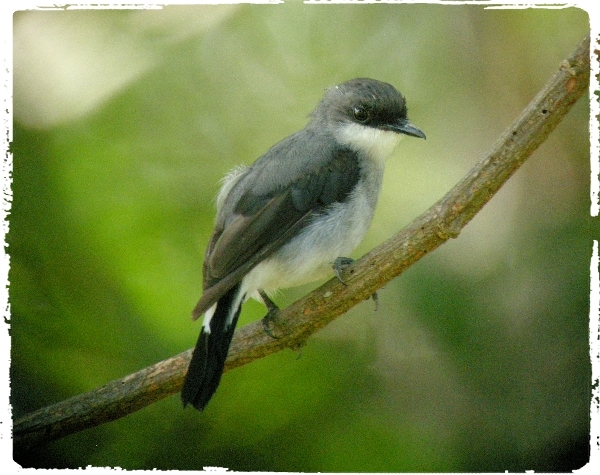 From there we split up, I drove to the Cemetery whilst Bob walked into town for a late lunch. At the cemetery I watched many birds for a couple of hours, Rainbow Bee-eaters and Bush Stone Curlew were two of my targets and both showed well. I never added further species to the list but enjoyed a good hour with the birds and the dead people. 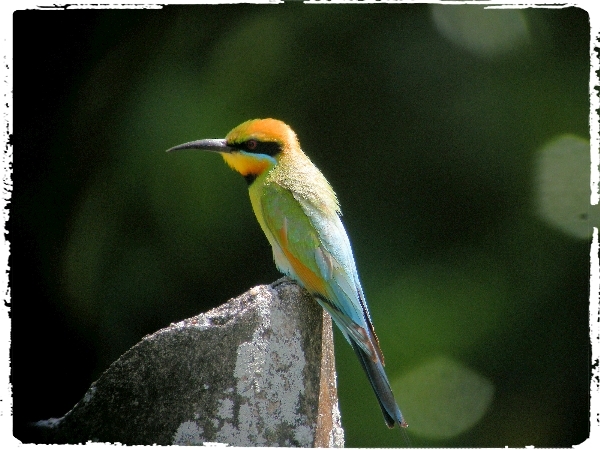 another beauty - the Rainbow Bee-eater 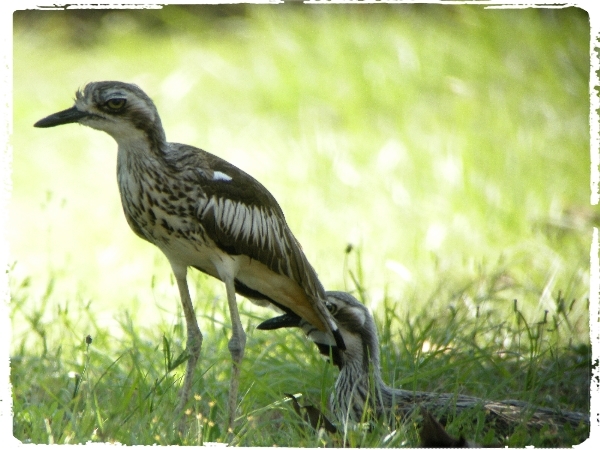 I was back at Dan and Gail’s house by 3pm, I watched the garden for a while, finding Laughing Kookaburra, Dusky Honeyeater and more Sulphur-crested Cockatoos. 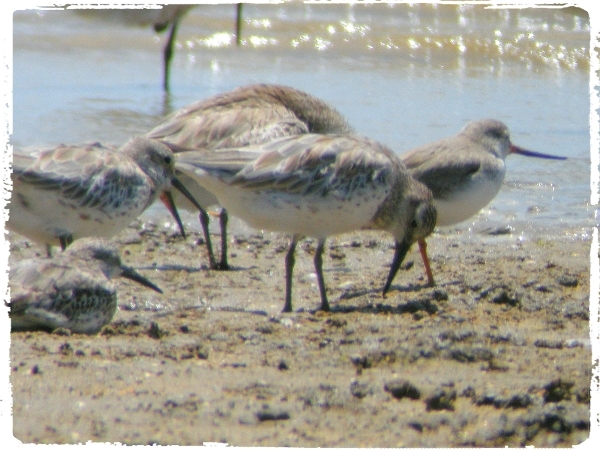 Terek Sandpiper is the bird on the right with Great Knots 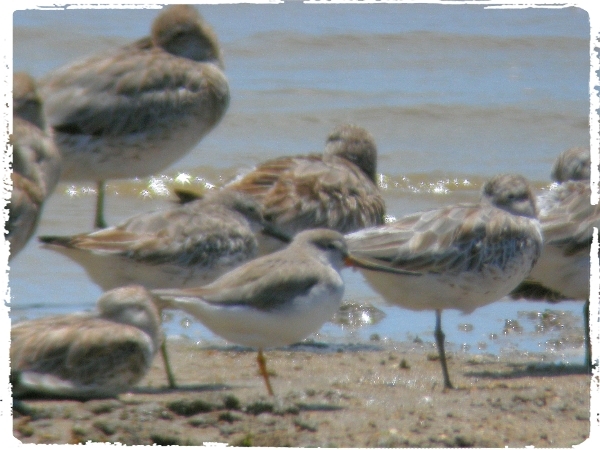 Five o’clock found me at the airport collecting Lorna & Mike Taylor, they arrived on time and I transferred them to our ‘group’ hotel in the centre of Cairns where I left them with Bob Longhorn. For dinner Dan, Gail and I went into Cairns and ate at their favourite Japanese restaurant, yummy, we were back home by 9pm and I went straight to bed.