This was my last pre-tour day, I had a lot of client-ferrying to do throughout the day so I had a nice leisurely morning and a wonderful breakfast with Dan and Gail on their terrace. We watched Horned Friar (formerly Helmeted Friar) and Yellow-spot Honeyeater at the bird bath and from the garden I watched a pair of Ospreys eating fish near their nest on a pylon, Dusky Honeyeaters feeding in a bottlebrush bush, White-rumped Swiftlet in the sky above me and I could hear Wompoo Pigeons calling in the forest. 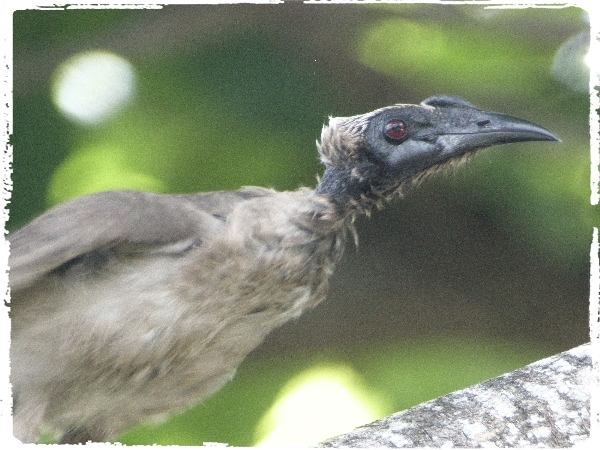 The Horned Friarbird, a Queensland endemic now split from the Helmeted Friarbird - it's still ugly no matter what you name it!

At 10:30am I set off to the airport which is a 10-minute drive, I collected Tom, Steph, Reg and Dave who had just arrived from Singapore. They landed on time and within 15 minutes they were at our hotel in Cairns. 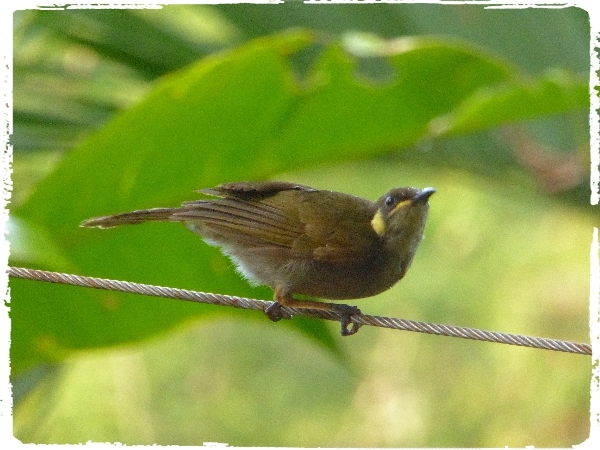 I went back to the airport and collected Mike who also arrived on time from Sydney, I drove him back to the hotel in Cairns. After a short settling in period we all met up to go birding, I ferried them all to the northern beach area in the car, it was high tide and a narrow strip of mud remained adjacent to the mangrove swamp.

We soon listed several waders including Terek Sandpiper, Black-tailed and Bar-tailed Godwits and a Caspian Tern, it was great to see both Godwits standing close together, here is an identification tip to separate the two if you are struggling, look at the legs! 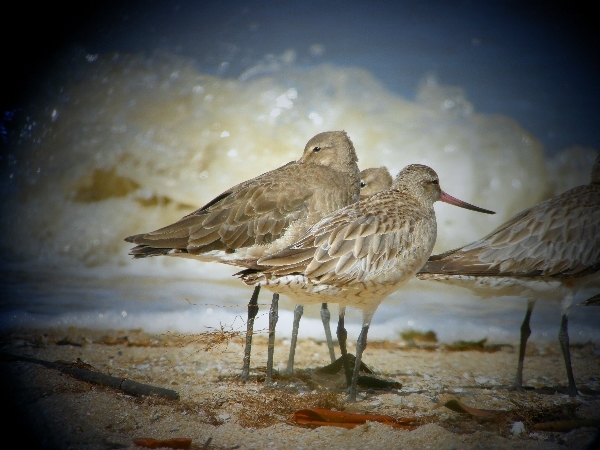 Both Black-tailed and Bar-tailed Godwits standing side by side 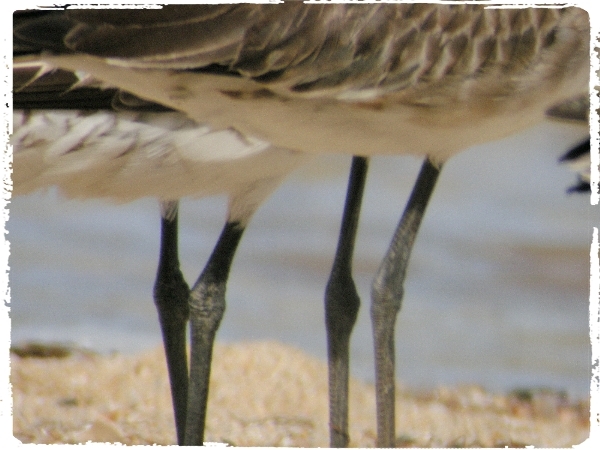 look at the legs! Shorter from the 'knee' up on the Bar-tailed Godwit 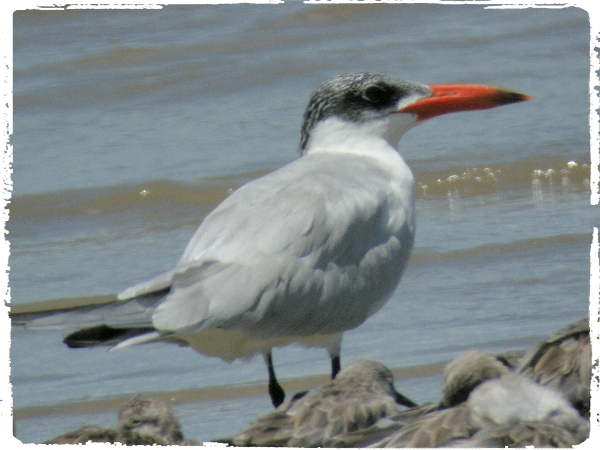 After an hour or so we met up with Bob, Mike and Lorna, the three members of our group who had arrived a day or so earlier, so now I had a group of eight with two more arriving later this evening. We stayed for another hour enjoying many of the common species and adding Little Bronze Cuckoo to the list. 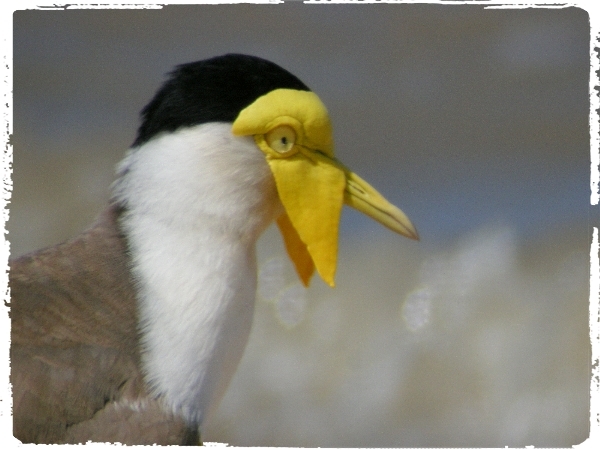 a close up of the strange-looking Northern Masked Plover it has larger facial-wattles than its counterpart in the south!

I left the group back at the hotel at 4pm and drove back to the airport a to collect Barry Davies, our guide for the Queensland section of the trip. Barry flew the shortest distance but he arrived 30 minutes late. By the time he was settled into the hotel it was time for me to go back to the airport and collect Helen and Jeff, the final two members of the group who flew in from Ayers Rock! 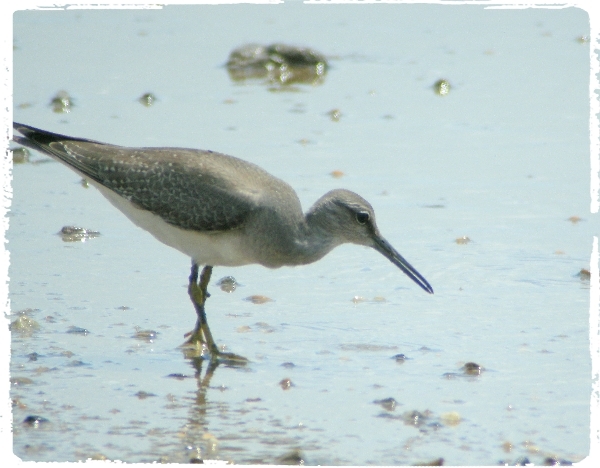 At 7pm the whole group went off to eat along the esplanade but I returned to Dan and Gail’s and picked them up so we could go out for our final dinner together. We sat on a terrace looking over the marina eating deliciously cooked ribs at their favourite restaurant in Cairns, yummy!

I was shattered and by 10pm I was in bed, I don’t want to see another airport for a while, thank you!