We had a tremendous day despite the long distances travelled, our list approached 100 for the day including a few superb ‘rare’ species……………..

We set off a little earlier today because we had to travel quite a distance to Sanlucar and Bonanza Salt Pans so we set off at 7:30am. We drove to the coast via Jimena de la Frontera noting Little Owl, Common Buzzard, Corn Bunting, White Stork and Common Stonechat along the way. At Castellar we saw two Great White Egrets and a Eurasian Spoonbill in flight! 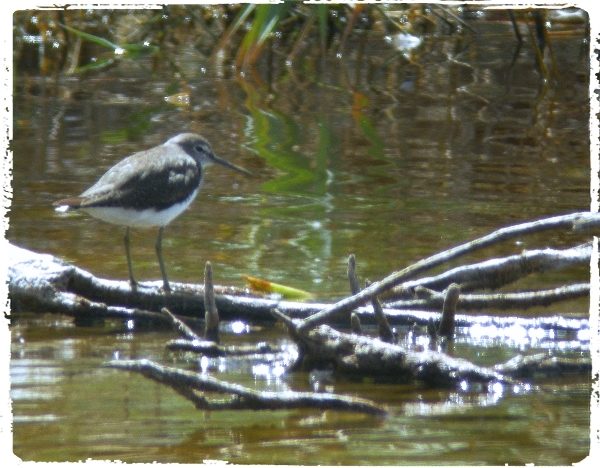 From the coast near Palmones we turned inland towards Jerez passing through large tracts of the Alcornacales (cork forest) National Park. We listed a few more species as we made our way to Jerez; Eurasian Hoopoe, Black Kite, Jackdaw, Red-legged Partridge, Black-winged Kite (2) and Griffon Vulture. 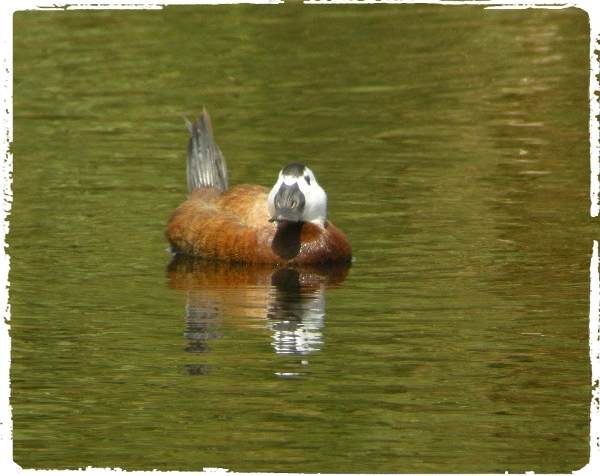 We stopped at Laguna Medina for a short visit, just walking the main track and boardwalks to the hide. It was still quite cool with a nice breeze very agreeable weather. We found good numbers of Red-legged Partridges as well as hundreds of Mallards with Common Coot, Common Moorhen, Little Grebe, Grey Heron, Gadwall and Cetti’s Warbler. A few migrants fed in the bushes along the track, both Spotted and Pied Flycatchers, Whinchat, Willow Warbler and local resident species such as Sardinian and Cetti’s Warbler. From the hide we added a couple of other species, Eurasian Spoonbill and Common Pochard. 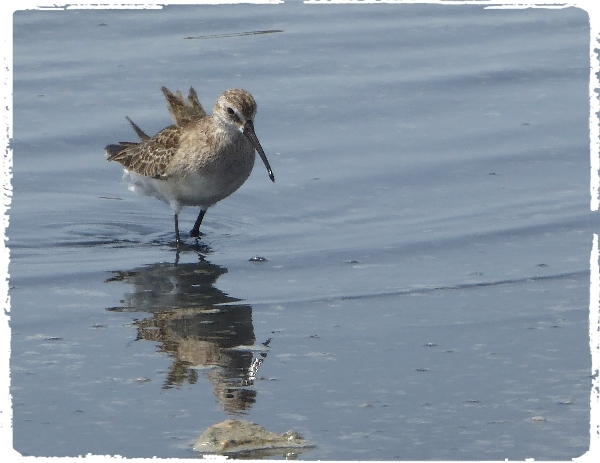 Next we visited the large expanse of the Salinas de Santa Marie, we were hoping for a Stone Curlew sighting but instead we got Northern Wheatear, Water Pipit, Yellow Wagtail (Ibericae), Mediterranean Gull, our first Greater Flamingos and hundreds of White Storks. 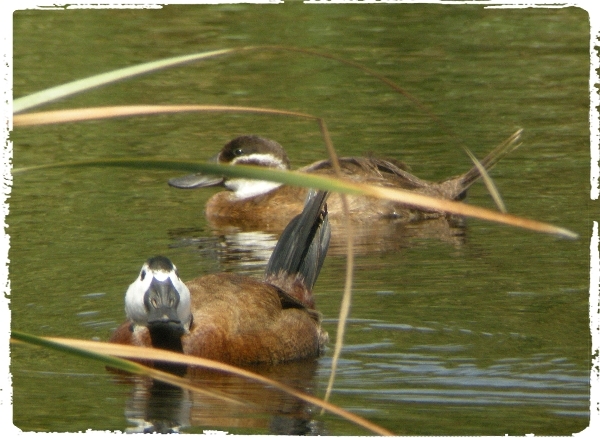 After a coffee and sandwich stop, (where we logged Common Magpie), we drove to Sanlucar ponds. I was surprised to see how much water they still held and consequently they were full of birds. In lovely sunshine and a nice breeze, we logged a good selection of birds with MARBLED DUCK topping the bill and White-headed Duck, Squacco Heron, Purple Swamphen, Glossy Ibis providing a supporting cast, of a dozen more common species were also seen . 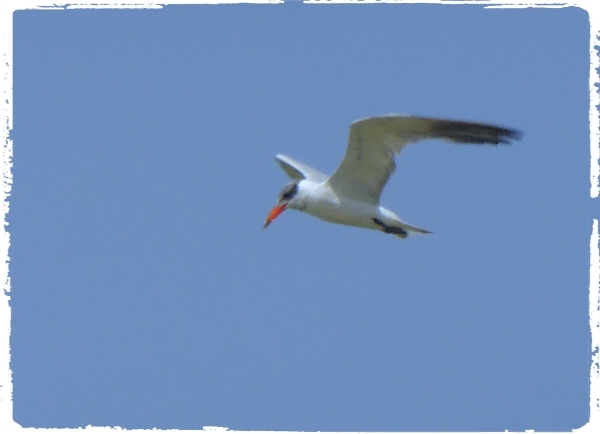 Bonanza Salt Pans was relatively quiet compared to past early-September visits but eventually we found a small number of the pans brimming with water and birds. It would take a long while to list the birds we saw, so here is a summary: 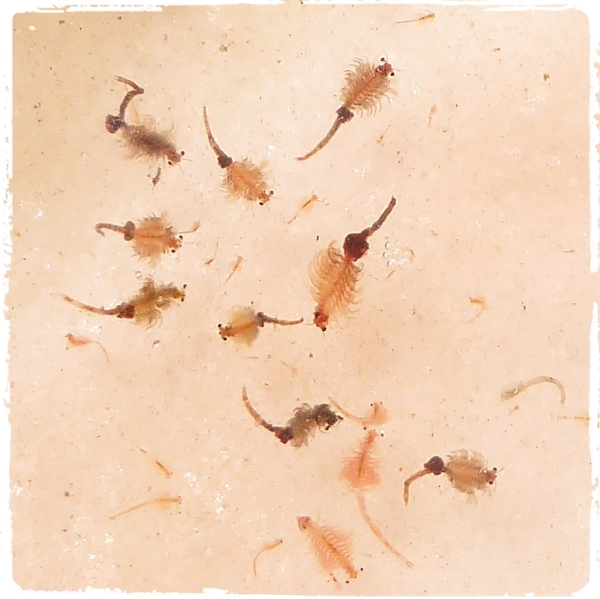 What makes Flamingos go pink? - these tiny Brine Shrimps do, thousands of them are consumed everyday 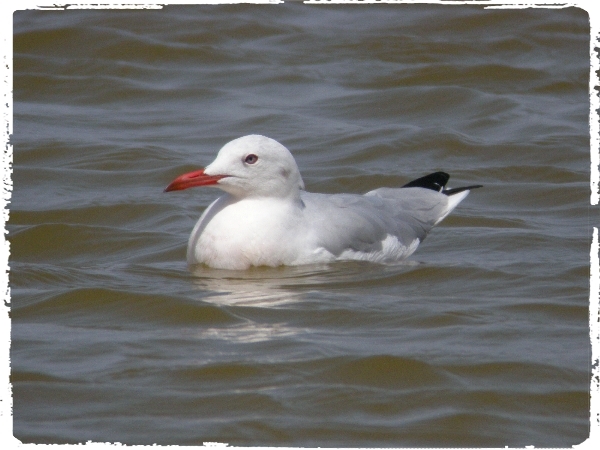 A couple of Whinchats with Zitting Cisticola, Northern Wheatear and Yellow Wagtail made up the bulk of passerine sightings. Five Montagu’s Harriers flew low over us whilst we explored the marsh behind the pans. 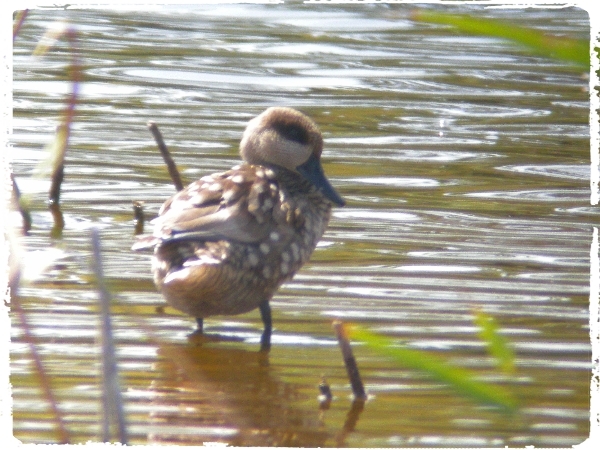 Laguna Tarelo usually turns up something good and today was no exception. Apart from a nice array of waders we saw nine more MARBLED DUCKS, a RUDDY SHELDUCK, lots of Night Herons, over 20 White-headed Ducks, Northern Shoveler and Common Waxbill. 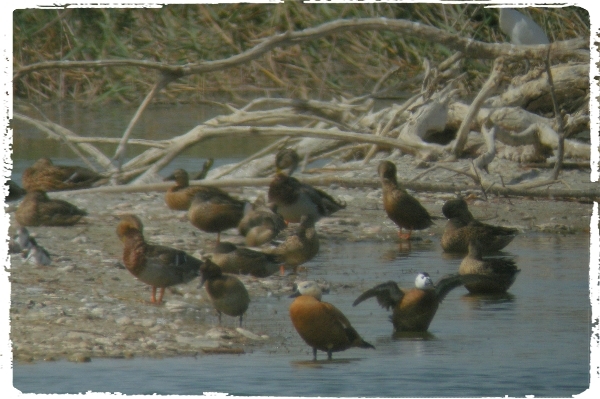 The Ruddy Shelduck in the fore-ground

Lastly we visited the sea-front at Chipiona where a colony of LITTLE SWIFTS can be found, we saw about 6 birds, they visited their nests several times during our visit, lovely birds and our 5th Swift species of the tour! 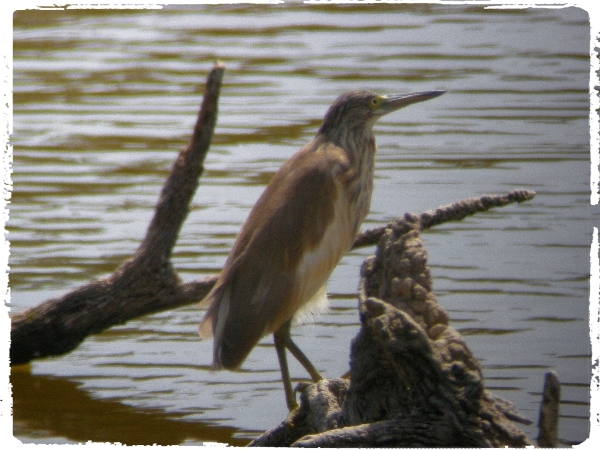 The journey home went uneventful, we added Short-toed Eagle to the list and arrived safely home at 7:30pm – a long but very enjoyable day! 96 species seen.