Weather: hot, dry and sunny all day. Cloudy at the coast at first but sunny from midday. Top temp 31C

Our last full day was spent down on the coast where the best of the migration movements could be observed, after all, this is a migration tour!

We collected Jane along the way. Jane is a regular client who has joined me for many day-tours in the past. We drove directly to Algeciras and up into the hills to Algarrobo Raptor Watch-point where we were joined by John and Gill who also came with us for the rest of the day. 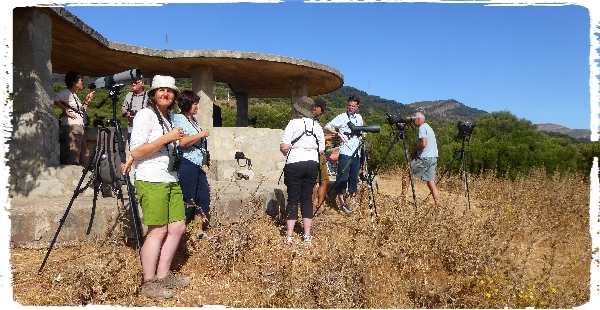 Migration watch at Algarrobo - Fiona in the foreground

Birds littered the sky from the moment we arrived, small clusters of Honey Buzzards, Black Kites with good numbers of Booted Eagles and fewer Short-toed Eagles drifted, soared and glided above us, some individuals were very low. There was a light westerly wind so this eastern side of Tarifa was undoubtedly the best place to be. A few migrating Eurasian Sparrowhawks flew over us with the buzzards and we also saw Montagu’s Harrier, Bee-eaters, Alpine Swifts, lots of Barn Swallows with Red-rumped Swallows and House Martins. A Golden Oriole was a nice find, 3 distant Egyptian Vultures and a couple of Black Storks added to our list and a probable Ruppell’s Vulture led to an inconclusive debate, it looked right but it never showed in good enough light to be 100% sure.

After a couple of hours the migration passage reduced so we drove across the hills to Tarifa and the watch-point at Cazalla. It was quite windy and cloudy there so our visit was very brief. Thirty minutes later we were at the marshes near Barbate. 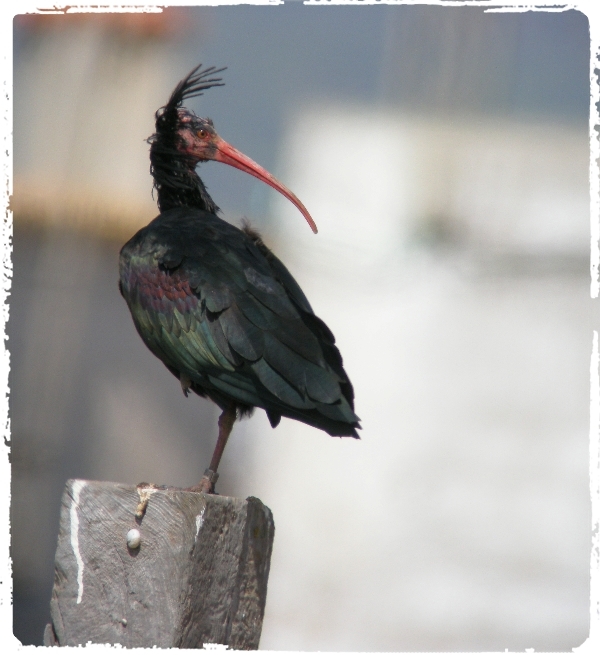 one of the 'gorgeous' Bald Ibis

The ‘released’ Bald Ibis flock (we counted over 50) were present on the entrance track, they were attended by a couple of workers from the Release Project so after a quick photo session we left them to it. The marshes were covered in roosting gulls, hundreds of them! Over 80 Audouin’s Gulls rested with Lesser Blacked-backed, Yellow-legged and Black-headed Gulls. Dozens of Greater Flamingos fed in the distant and many waders were dotted along the shorelines of the large lagunas. 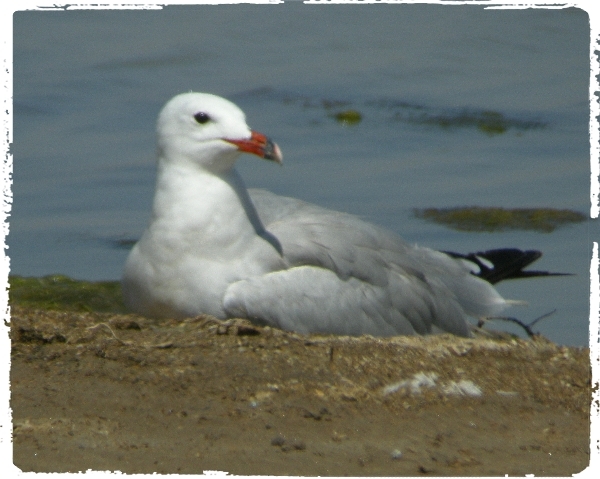 One of our target birds, the Stone Curlew was present in small numbers and on the scrubland behind the pools we found several Northern Wheatears, Whinchat, Calandra Lark, Common Stonechats and a single Black-eared Wheatear.

At the very end of the track we scanned for more waders but instead of waders we found 3 Ospreys, all eating freshly caught fish. Redshank, Greenshank, Sandering, Dunlin, Little Stint, Kentish Plover, Ringed and Little Ringed Plovers and Common Sandpiper made up most of the wader list.

After eating our picnic-lunch we drove to the River Barbate Estuary and parked next to the main bridge on the edge of town. A short walk found us on the tidal river-bank where we could scope a large expanse of exposed inter-tidal mud. Again this area was covered in roosting gulls but we also found over 50 Sandwich Terns and a good selection of waders. We added Red Knot, Whimbrel and Eurasian Curlew to the trip list whilst Grey Plover, Curlew Sandpiper and Black-winged Stilt joined the day list.

From Barbate we drove to La Janda where we spent the rest of the afternoon and evening. The rice fields held large numbers of Glossy Ibis, Cattle Egrets, Little Egrets, Grey Herons and Marsh Harriers (we saw 14 in the first 3km) but the huge masses of White Storks had gone to Africa I assume.

Whilst passing the sunflower fields an explosion of Wood Pigeons irrupted from the ground, about a 1000 birds took off, we soon saw what caused the panic as a juvenile Bonelli’s Eagles drifted over. Even more Goldfinches whizzed across the fields in large flocks, it was like a scene from the ‘Battle of Britain’. 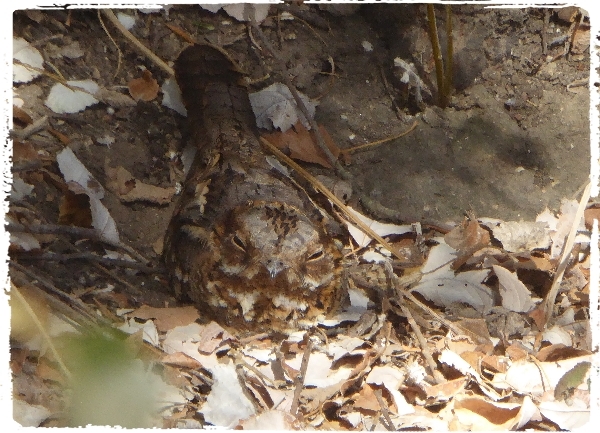 one of the Red-necked Nightjars seen today

On the track to the ‘smelly’ farm we stopped to watch four Turtle Doves and a few Black Kites before we parked just before the farm and got out to look for Red-necked Nightjar. It wasn’t long before we located a couple of roosting birds, smashing!

It was now about 5pm so we decided to head for home, we took the old Benalup-Facinas track which was a little hairy at times with huge pot-holes and scary bumps. Several stops to look at birds also slowed us down, we watched large flocks of Corn Buntings and Goldfinches, we saw a dozen or so Stone Curlews, Common Kestrels and about 80 Bee-eaters. One field had 9 Montagu’s Harriers quartering over it with plenty of perched Common Buzzards dotted around. The evening light was exquisite, ‘Fields of Gold’ sprung to my mind. 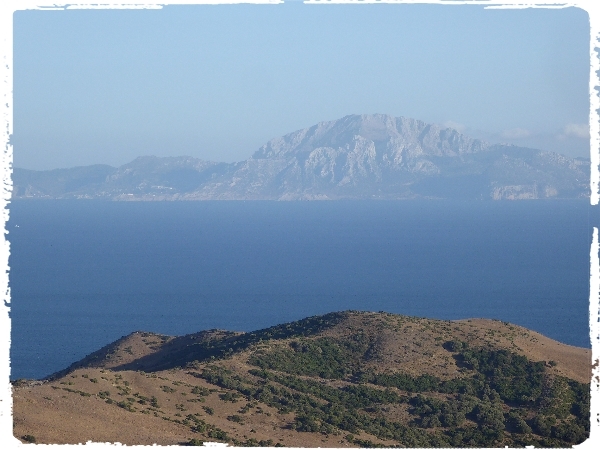 looking across the Strait to Morocco from the Mirador de Estrecho

It was 7pm by the time we got back onto the main road, a little later than anticipated but worth it, we headed back home making a very quick stop at the Mirador de Estrecho, where we parted company with John and Gill. The view across to Morocco was as clear as a bell a fantastic sight, a string of Black Kites were still heading over to Africa.

We dropped Jane off at 8pm and Fiona and I made our way up to Casares grabbing some take-away food along the way. We had arranged to visit John and Penny at dusk to look for an Eagle Owl which has been making irregular appearances and could be viewed from their terrace. Alas, the owl called from across the valley but it never showed. Arriving home at 10pm it had been our longest day, very enjoyable but tiring!