BACK DOWN TO EARTH - SOMERSET BIRDING IN THE RAIN!

A trip to IKEA in Bristol gave me another opportunity to look for the Waxwings at Bradley Stoke on Tesco's car park. They  appear to know when I'm on my way because, of course,  they weren't there when we arrived......... but after 5 minutes they appeared, fantastic. There was only one other person looking for them and unfortunately it was a photographer who promptly flushed them.

I managed a few digi-pictures when they alighted in the surrounding trees before they flew down to the lower, berry-laden shrubs. Guess what? Yes the dumb photographer flushed them again!

I told the gentleman that he was getting too close and he denied that it was him that did the flushing.....what a pratt! I said and left him to it.

So all I have are some record shots taken in poor light - what a come-down from the dizzy heights of Costa Rica last week. 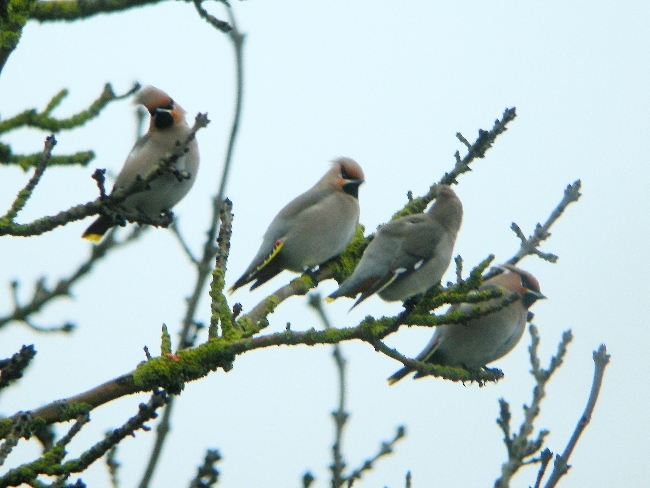 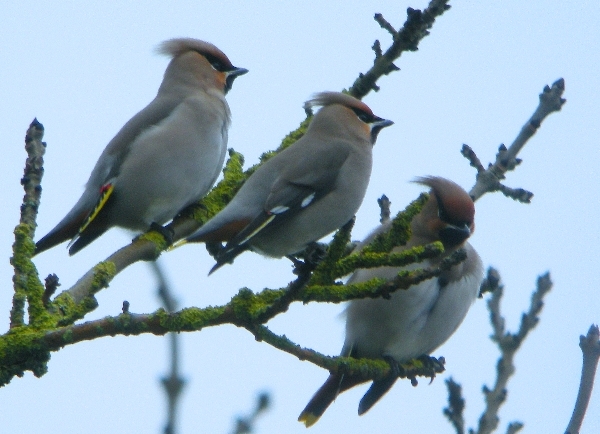 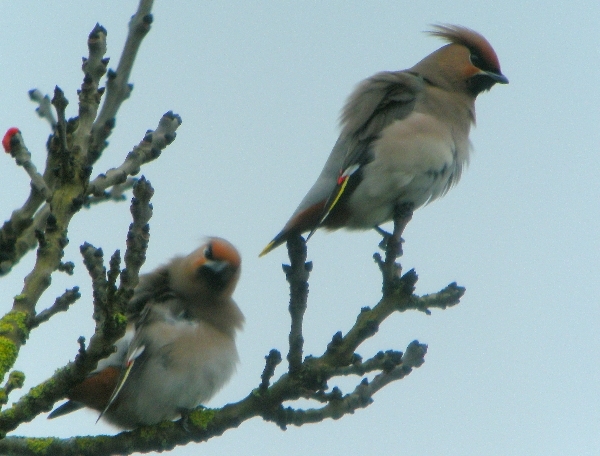 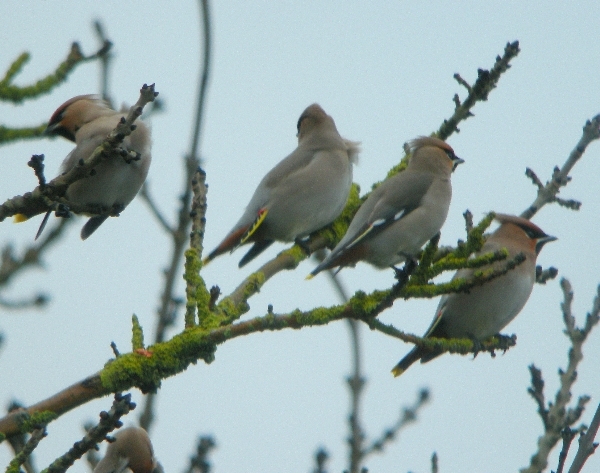 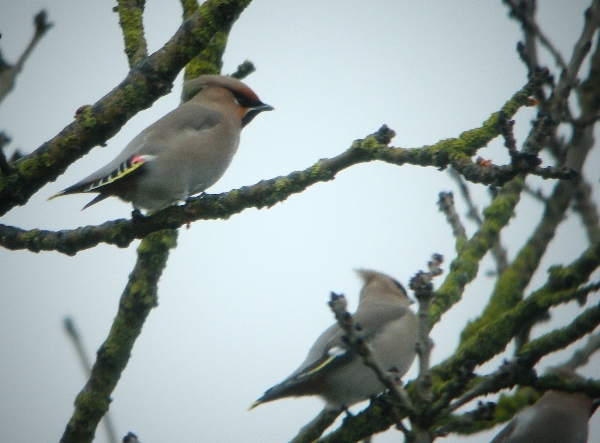 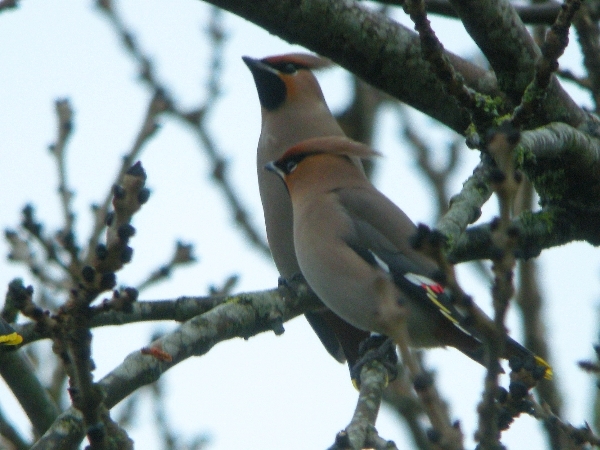