Today I went to Portland harbour with my local birding pal Guy. He picked me up from home at 8am and we drove straight down to Weymouth via Dorchester. It rained all the way down there but as soon as we arrived the rain eased off. 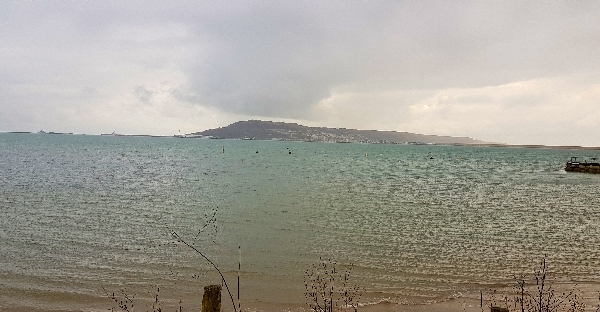 We scanned the harbour form 4 or 5 different places, starting with the Weymouth Yachting Club. We them moved round the vantage point at the ruins of Sandsfoot Castle, which was built by Henry VIII and completed in 1542. It was a little windier there and quite cold.

The ruins of Sandsfoot Castle with Portland behind it

From those two places we found distant Great Northern and Black-throated Divers, a single Slavonian Grebe and a couple of Mediterranean Gulls.

A Peregrine Falcon flew over us whilst we at the Castle and Guy got onto a Red-throated Diver in flight, but again it was distant. Plenty of Great Cormorants and European Shags were feeding in the harbour.

A short stop on the western shore near Ferrybridge produced our only view of Eider Duck and a few more Red-breasted Mergansers, we had better views of the Black-throated Divers. 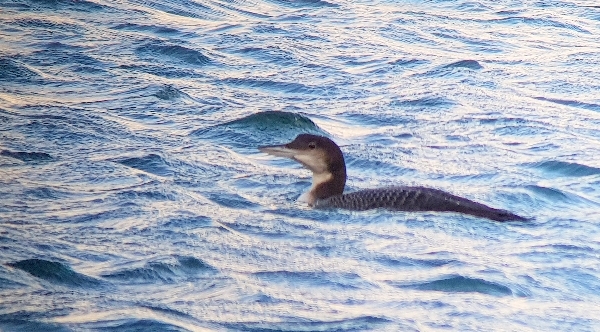 Lastly we parked near Portland Castle and spent our last hour looking from there. We had great views of a much closer Great Northern Diver, also Black-throated Diver, a couple of Razorbills, Oystercatchers and a lot more Red-breasted Mergansers. 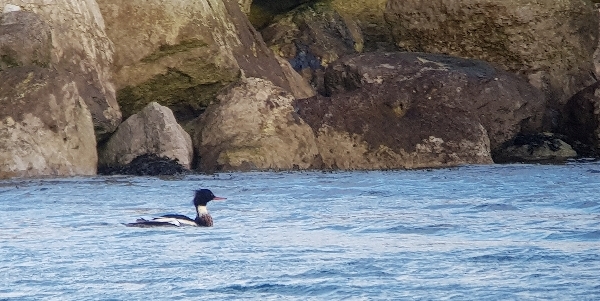 We had to leave around 11am because Guy was due into work for the afternoon shift, but before he went to work he stopped at our house for mince pies and coffee. Isn’t it, a lot like Christmas!!