WEATHER:  a terrific start to our first day, with a clear blue sky and no wind. It clouded over at 2pm and started to rain at 3pm. Light rain developed into a torrential downpour with a thunderstorm at the coast. Top temp 17C

I collected David at Malaga Port he had just disembarked from a cruise ship and is joining me on a two day birding trip to Cadiz where he will rejoin his ship and sail off to Madeira, how nice!

We made a super start to the trip and the weather couldn't have been better. It took about 20 minutes to get to the Natural park at the Rio Guadalhorce, we parked next to the eastern arm of the park. Recent rain meant that the tracks were full of puddles and the water level of the river was quite high but we did see a lot of species there. 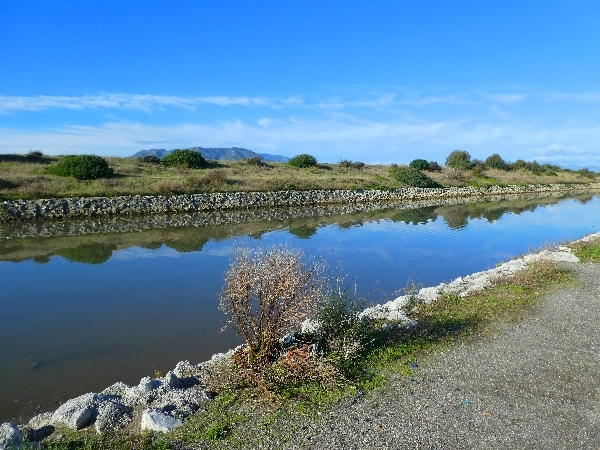 a channel of the Rio Guadalhorce 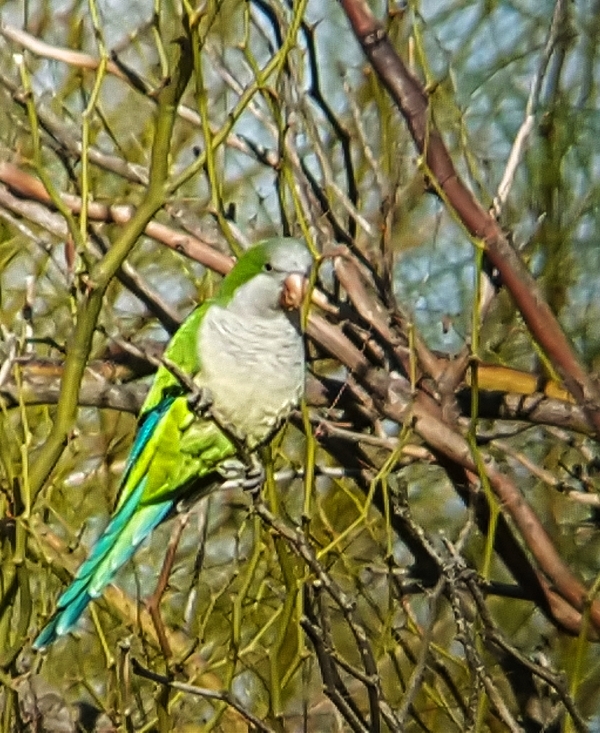 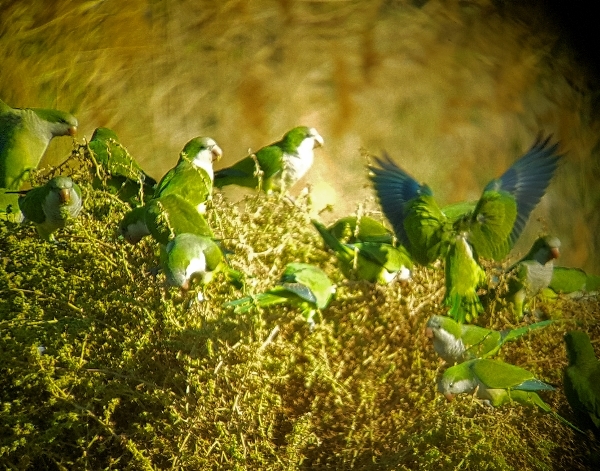 In the water channel there were lots of Black-winged Stilts, a few Common Ringed Plovers and a single Common Sandpiper. Many Yellow-legged Gulls flew over and a brief sea-watch out into the bay produced sightings of Northern Gannet and Black-headed Gulls.Large flocks of gulls and gannets were feeding a long way out but too far to make clear indentification possible. 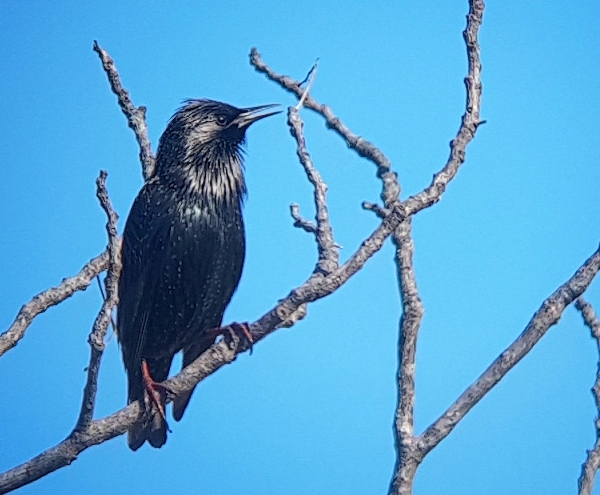 Next we drove to the the golf complex at Guadalmar for the sole purpose of seeing Eurasian Hoopoe. We found two almost immediately followed by a couple of additions to the list, Western Jackdaw and Eurasian Kestrel. As we walked back to the car we found a few Barn Swallows and a single Crag Martin and a couple more Crested Larks. We scoped a few Mediterranean Gulls out on the sea, they were with Black-headed Gulls. 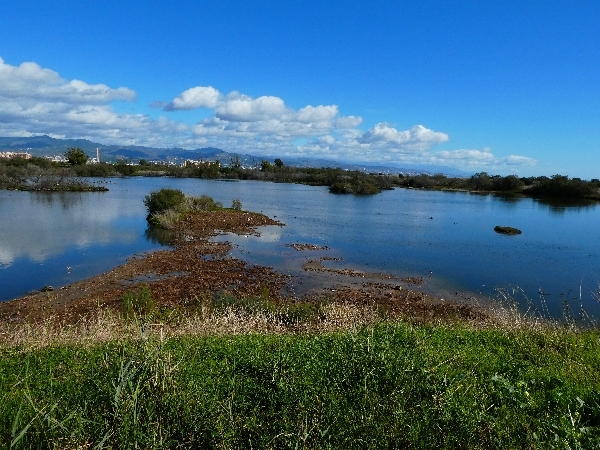 a view from the hide overlooking Laguna Grande at Guadalhorce

Back to the Guadalhorce Nature Park on the western side we walked to the two nearest hides, both of which overlook flooded lagunas. Along the way we saw Grey Heron, Cattle & Little Egrets, Common Kingfisher (2), Zitting Cisticola and more Sardinian Warblers much to the delight of David my American companion. 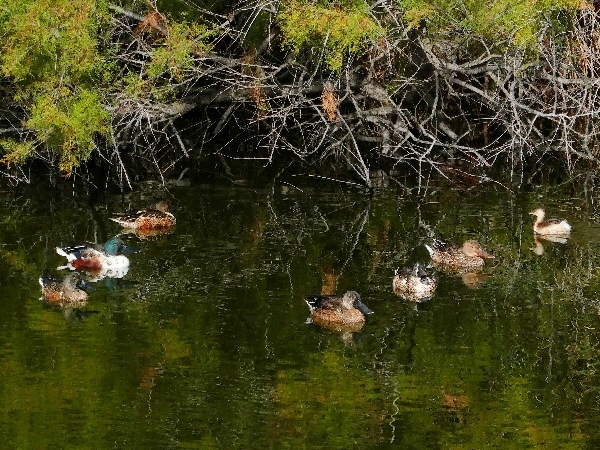 Northern Shovelers in various states of moult, with a Little grebe far right

From the hides we added a good number of ducks, Mallard, Gadwall, Northern Shoveler, Eurasian Wigeon, Eurasian Teal, Common Pochard, Common Moorhen, Eurasian Coot and Greater Flamingo. Both Black-necked and Little Grebes were seen in good numbers and we added Common Greenshank and Green Sandpiper to our wader list. 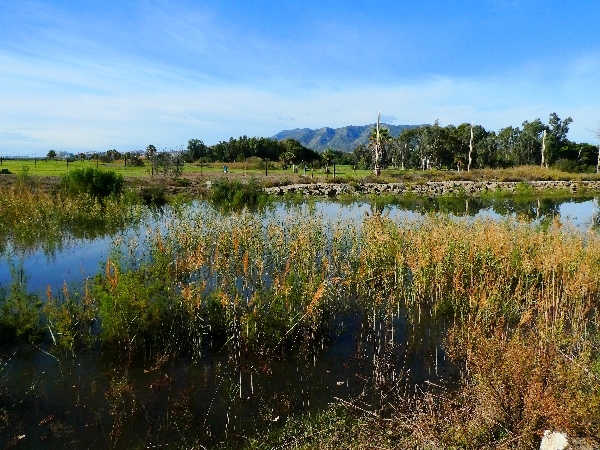 the golf course at Guadalmar where we saw two Eurasian Hoopoes

A Booted Eagle was a great sighting, it was perched nicely for us and later took to the air, a Common Buzzard also graced the sky in the distance. Great Cormorants were the last birds to mention.

From Guadalmar we drove to Ronda making no stops along the way, the cloud cover increased and the sky darkened as we approached the natural park of the Sierra de las Nieves. Spots of rain began to fall as we drove into the park, we stopped after 50 meters to watch an Iberian Grey Shrike and a couple of Common Stonechats. Further along the track we notched Eurasian Jay and a few Greenfinches.

In a rocky valley with some heathland we spent a lot of time looking for Black Wheatear and Dartford Warbler, both birds appeared after some searching. Common Chaffinch, Black Redstart, Rock Bunting (seen by me) Common Stonechat and more Greenfinches was the supporting cast. The rain eventually drove us away.

We then made a quick excursion into the centre of Ronda so that David could admire the famous bridge and its gorge. Whilst there we saw about 50 Red-billed Chough and about a million feral pigeons.

It was now 4pm, the rain increased, the light decreased and so we called it a day. We made the long winding journey down to the coast at San Roque where a few White Storks stood on their nests.It was a great shock to note that over 70 nests had disappeared because the pylons that they were built on have all been taken away, what a disaster!! A new rail link is being installed with no thought for the Storks

The rain fell in buckets, lightening flashed across the sky and thunder rattled the car, what a contrast to the wonderful start we had to the day!