What a fantastic day! We started with a River Warbler and Thrush Nightingale and ended with Rosy Starling, Common Rosefinch and Rufous-tailed Bush Robin!!!  That must be the day of the trip.

We started the day with the usual pre-breakfast walk around our hotel. It was fairly quiet for bird song but we could still record Golden Oriole, Corn Bunting and Red-backed Shrike. While looking at the latter we heard the call of a River Warbler. Wow! Scanned the bushes around but in vain. It is a very difficult bird to see. Anyway, a heard bird is still quite good.

After breakfast we headed to Poda reserve where we has the usual birds like Glossy Ibis, Common Tern, Little Egret and others. On the way out of the reserve we heard Thrush Nightingale singing in line with a Great Reed Warbler. Another goodie in the bag.

Our next stop was at Pomorie saltpans. A place where birds are quite tame and used to people. Avocets , Black-winged Stilts and Little Terns nest literary on your door step. We logged them together with Sandwich Tern, and a few distant Grey Plovers. At the northern part of the Saltpans we saw a Golden Jackal walking right in the middle of a flock of Spoonbills and Avocets. Wow, what a sighting. Right in the middle of the day. Apparently, Bulgaria has one of the biggest populations of Golden Jackal in Europe (unconfirmed sources). 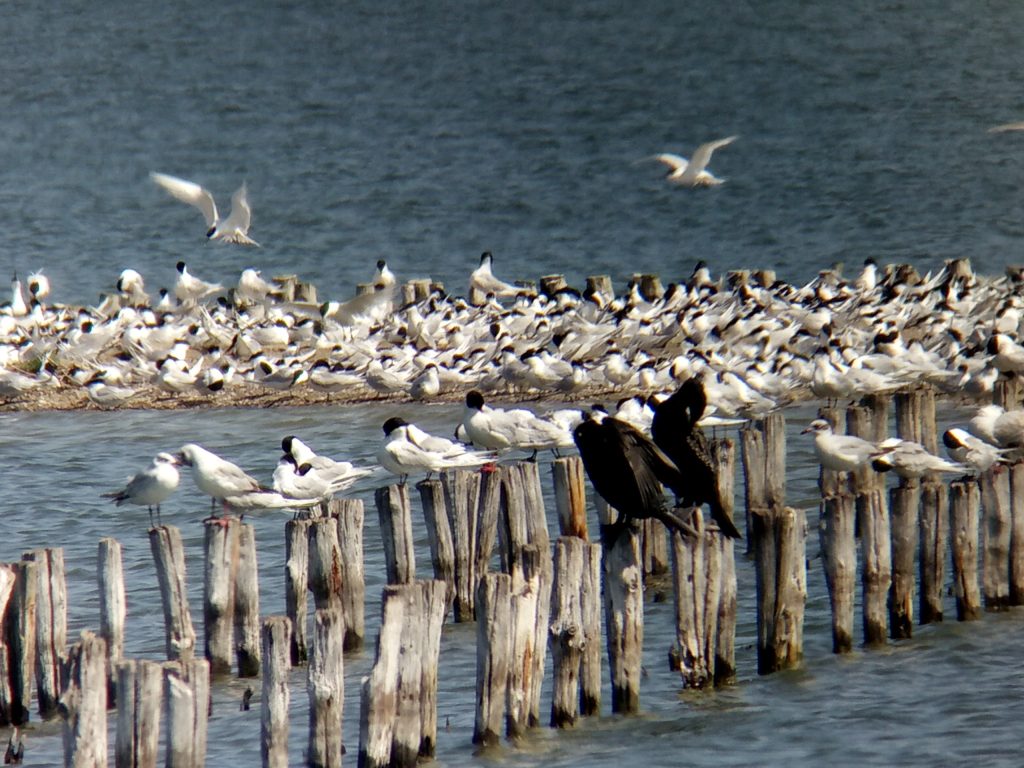 After exciting observation we continued our journey onto the next stop: Goritsa forest. Our main targets here are the Middle spotted Woodpecker and Short-toed Treecreeper. We headed directly to the place with the woodpecker and heard the bird calling upon our arrival. I located the nest quickly and waited for the bird to arrive. It was feeding a hungry chick that had its head poked out of the whole so it didn’t take long for the parents to come home and feed the chick. What a joyful experience!

Few minutes later we went to another part of the forest and logged Wood Nuthatch and Short-toed Treecreeper. In the meantime we were getting news for a Rose-colored Starling, Common Rosefinch and Rufoush-tailed bush Robin. They were in and area where i wanted us to go on the following day but why wait until tomorrow. Never leave today’s job for tomorrow

We jumped on the van and off we go. We stopped briefly at a roosting site for Eagle Owl bur in vain. It was still early in the afternoon so we didn’t see it and decided to continue to cape Kaliakra where the rare vagrants were supposed to be.

After a coffee and ice-cream stop we felt more energetic and empowered for new birds. We arrived at the cape in the late afternoon when the majority of Sunday visitors were already leaving. Our first bird was a Barred Warbler which showed very well. We bagged the Pied Wheatear which is a local speciality. Bee-eaters were flying all over the place. While listening and scanning for the Rosefinch, one of the group members spotted a small group of Starlings that landed on a bush on the edge of a cliff: Rose-colored! Everyone jumped on the scopes and here we were watching one of the highlights of the trip! What a fantastic bird. One out of three.

We continued looking for the Rosefinch but in vain. Than a group of colleague birders said that they had just seen the Bush Robin and it is very calm. Thus we headed towards its location. On the way to the place though, we heard the Rosefinch calling right by the path! Oooh, yeah

Two out of three. 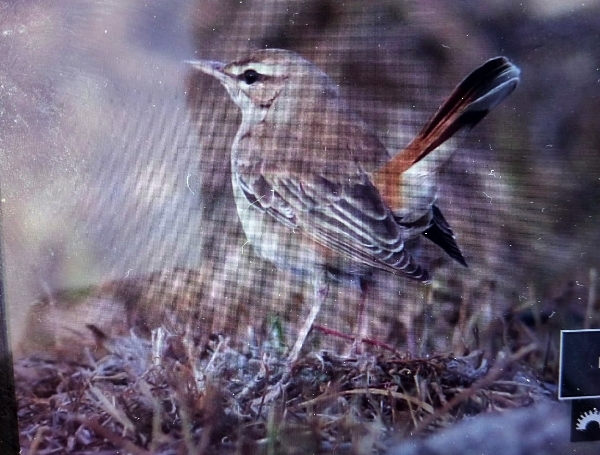 Rufous-tailed Bush Robin from the back of my camera

Five minutes later, just as we arrived at the spot for the bush Robin, we saw the bird exactly as it was described to be! Stunner! What a cracking bird! Absolutely amazing individual. It was really calm and let us take some pictures. That is three out of three! What a cracking day. On the way out of the place we added Mediterranean Shag to the list and called it a day.